We put together this list to showcase some of the best jazz drummers of all time, from the early pioneers such as Max Roach and Art Blakey through to modern-day greats like Jeff “Tain” Watts and Brian Blade.

But rather than simply run through our choices, we asked jazz drummers today for their input as to why each of these musicians are so important in the history of jazz, both in terms of the music and drums.

Big thanks to those musicians who contributed and don’t forget to share your own ideas in the comments section.

Rising to prominence in the post-bop jazz era Elvin Jones is, quite rightly, best known for his work on one the most famous jazz albums of all time: John Coltrane’s Love Supreme – along with Jimmy Garrison on bass and McCoy Tyner on piano.

However, this spell with the saxophone great in the 60s was one of just several periods of jazz history to which Elvin Jones contributed…

The late 50s saw him working with Miles Davis (Blue Moods, Sketches of Spain) and Sonny Rollins (the excellent Night at the Village Vanguard).

During the 60s, he also performed on some of the best Wayne Shorter albums (JuJu, Speak No Evil), Ornette Coleman’s New York Is Now! and, again, with McCoy Tyner.

Alongside his own releases, which continued up until the late 90s, he performed in later years with more jazz greats including Art Pepper, Ray Brown, Pharoah Sanders & Michael Brecker.

The musician’s view: “Elvin Jones was the drummer who played behind one of the most influential musicians of 20th century:  John Coltrane.

His elastic beat and dynamic flow made the instrument sound like never before. His sense of polyrhythm and legato phrasing introduced a new era on how the drums are played in the world of jazz.

The Max Roach discography features some of the great bebop albums of that era, including the legendary “Jazz at Massey Hall” which he co-released with Charles Mingus on their label Debut Records.

The musician’s view: “Max Roach is father of modern drumming!

He shaped bebop drumming with his elegance, intellectuality and musicality. Also one of the first great band leaders who added a more political approach to his music trying to address society issues like racism, discrimination and violence.

A real innovator on the jazz drumming by bringing the main swing beat on the cymbal instead of the bass drum and Hi-Hat” – Billy Pod, Greek jazz drummer & bandleader

As discussed in our in-depth guide to the career of Tony Williams, he was a child prodigy who became the drummer in Miles Davis’ ‘Second Great Quintet’ aged just 17! With this group he recorded, amongst many others, Seven Steps To Heaven, E.S.P,  Four & More and Nefertiti.

Alongside his role in this seminal jazz group, he was also integral to several other albums which can easily claim a place in the list of best jazz albums in history: Eric Dolphy’s Out To Lunch, Herbie Hancock’s Maiden Voyage & Sam Rivers’ Fuchsia Swing Song, to name just three.

The musician’s point of view: “Drums never sounded the same before and after Tony Williams.

His textures, dynamics and flow are incomparable and changed not only the way drums were played, but also how the rhythm section interacts within a group.

As a band leader leading his own group with the name ‘Tony Williams Lifetime’ he made several recordings that are really influential even today” – Billy Pod (drums, Athens/London)

For drummers looking to learn more about his playing style, The Drummer’s Complete Vocabulary is a fascinating insight into the method of his teacher Alan Dawson. 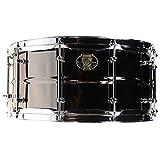 Despite rising to prominence during the bebop era of the 1940s (where he played with both Charlie Parker and Dizzy Gillespie) jazz drummer Art Blakey will always be known for his role in the emergence of Hard Bop and, more specifically, his work with his Jazz Messengers band.

Recording & touring for more than 30 years, Art Blakey’s Jazz Messengers provided a launchpad for many of the most famous jazz musicians of the time, including – to name just a few – Freddie Hubbard (Mosaic), Woody Shaw (Child’s Dance), Wayne Shorter (The Big Beat), Lee Morgan & Benny Golson (Moanin’) and Wynton Marsalis (Album of the Year).

We looked at Blakey’s jazz drum setup in more detail as part of our round up of 10 jazz greats & their preferred gear.

The musician’s view: “Art Blakey brought and incorporated many African rhythms into his playing.

His beats and his way of playing solos were sounding more like an ancient primitive ritual. He was also one of the most important bandleaders as a drummer, counting 76 recordings with his band ‘The Jazz Messengers’.

He also had a lot of the marching drums tradition (military beats) in his playing” – Billy Pod, Greek jazz drummer & bandleader

Philly Joe Jones is best known for his work in the Miles Davis’ first great quintet. He performed and recorded prolifically with this project during the late 50s alongside Red Garland on piano, John Coltrane on saxophone and Paul Chambers on bass.

He went on to record more than a dozen albums as bandleader which featured, amongst others, Jimmy Garrison, Pepper Adams, Ron Carter, Nat Adderley and Dexter Gordon. 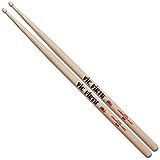 Born and raised in Louisiana, Brian Blade established himself first as one of the go-to jazz drummers of his generation, then as an astute and exciting bandleader.

His project – The Fellowship Band – has been releasing for more than 20 years now, starting with his self-titled Blue Note debut in 1998, and has featured the likes of Myron Walden, Jon Cowherd and Kurt Rosenwinkel (who we interviewed here) along the way.

He’s performed on some of the great jazz records of the 21st Century, including those with Kenny Garrett, John Patitucci, Joshua Redman, Mark Turner, Chick Corea and even Joni Mitchell.

Perhaps his most high-profile work of recent years, though, is his work as part of the Wayne Shorter quartet, with whom he’s and recorded the critically acclaimed albums Footprints Live!, Alegria, Beyond the Sound Barrier, Without a Net and Emanon.

Surely a current contender for best jazz drummer of the 21st Century?!

Once described by Thelonious Monk as “an eight ball right in the side pocket,” legendary American jazz drummer Roy Haynes has a career spanning almost 70 years.

Pennsylvanian-born Paul Motian had a career that spanned almost 60 years; something which explains the fact that he’s worked with a long line of jazz greats throughout history.

This jazz drum great rose to prominence in the late 1950s alongside Scott LaFaro in Bill Evans‘ piano trio – where he stayed for 5 years – before recording and performing with many West Coast legends including Lennie Tristano, Warne Marsh, Lee Konitz and Charlie Haden.

Later in his career he recorded extensively for ECM and worked closely with some of the best jazz musicians 80s and 90s in Keith Jarrett, Joe Lovano, Paul Bley & Bill Frisell.

The jazz drummers point-of-view: “Of course Paul Motian always provided a deep and swinging time feel, but what struck me about his playing was his distinct, melodical approach, even in his comping.

Whilst making me want to dance every time he played time, there were numerous times when he stepped out of the classic drum role and really expanded the jazz drummers vocabulary.

That could be in a radical change to sparse, almost orchestral playing (often heard in his later works) or simply the way he tuned and played the drums, making his snare drum ring out, deliver full melodies in his soloing or comping” – Clemens Kuratle, Swiss drummer & composer 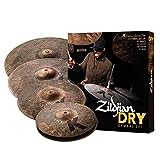 New Jersey jazz drummer Peter Erskine is perhaps best known for his work in the jazz-fusion arena, working with Jaco Pastorius in Weather Report and Michael Brecker – amongst others – as part of Steps Ahead.

As a bandleader, he’s released more than 30 albums; something dwarfed by his tireless work as a sideman which has included records with a who’s who of modern jazz: Gary Burton, Bob Mintzer, John Abercrombie, Vince Mendoza, Mike Stern, Kenny Wheeler and many more.

As one of the youngest on this list of best jazz drummers, he continues to tour, record and teach into 2020 and beyond… 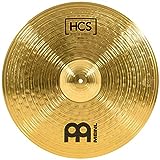 Born and raised in Pittsburgh, Jeff ‘Tain’ Watts is one of the most influential jazz drummers of his generation.

He spent his formative years playing with Wynton Marsalis and Branford Marsalis, resulting in some of the most famous jazz albums of the late 80s: Black Codes From The Underground, Standard Time, I Heard You Twice the First Time and Contemporary Jazz.

His long-time association with remarkable pianist Kenny Kirkland (until the piano player’s untimely death in 1998) can be heard on more than a dozen records from this period, including Kenny Garret’s brilliant Songbook album. 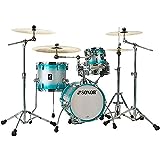 But it’s perhaps his collaboration with two musicians in particular that provides the backbone to his career: his work in the late 1960’s and early 1970’s with Miles Davis‘s first forays into electric and then throughout the 80s, 90s and 2000’s as part of Keith Jarrett’s seminal piano trio. 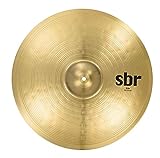 So that’s our rundown of some of the best jazz drummers of all time. Let us know in the comments section who we should add next and what your favourite albums are by the musicians in this list.

You might also be interested to check our run down of 10 of the best modern jazz drummers today, featuring names such as Nasheet Waits, Tyshawn Sorey, Eric Harland and Ari Hoenig.

And, if you’re a drummer yourself, we put together a guide to 5 of the best jazz cymbals you can buy today.