Being able to tour your project around the world may be the end goal, but releasing music – with or without a record label – is one of the most effective ways of getting there.

Not only is your latest album a snapshot of where you’re at musically right now, it’s also a big chance to create some ‘noise’ around what you’re doing and to give promoters and the jazz press that extra nudge to check it out…

Getting press for your new release

If you’re like most jazz musicians, one of the main goals of releasing new music is to get press.

Not only does this help you connect with more potential fans around the world, it also means festival and club promoters get to hear about what you do.

And even if they don’t happen to read about your new release in a magazine or online, one or two killer press quotes give you great ammunition to use in your next pitching emails.

But whilst hiring a professional publicist can make big impact on the effect of your release, it doesn’t come cheap. So it’s good to be prepared (especially with your earlier releases) to take on some of this work yourself with a DIY PR campaign.

British music journalist Matthew Wright wrote a guide all about how you can pitch to journalists more effectively whilst American jazz writer Howard Mandel – president of the Jazz Journalists Association – put together a step-by-step guide on how to write a press release.

I’d recommend checking out the full pieces, but here are some key points:

How to pitch to music journalists

If you liked their advice, there are a whole bunch of industry interviews you can dive into too, including this one with digital media expert & jazz blogger Philip Freeman… 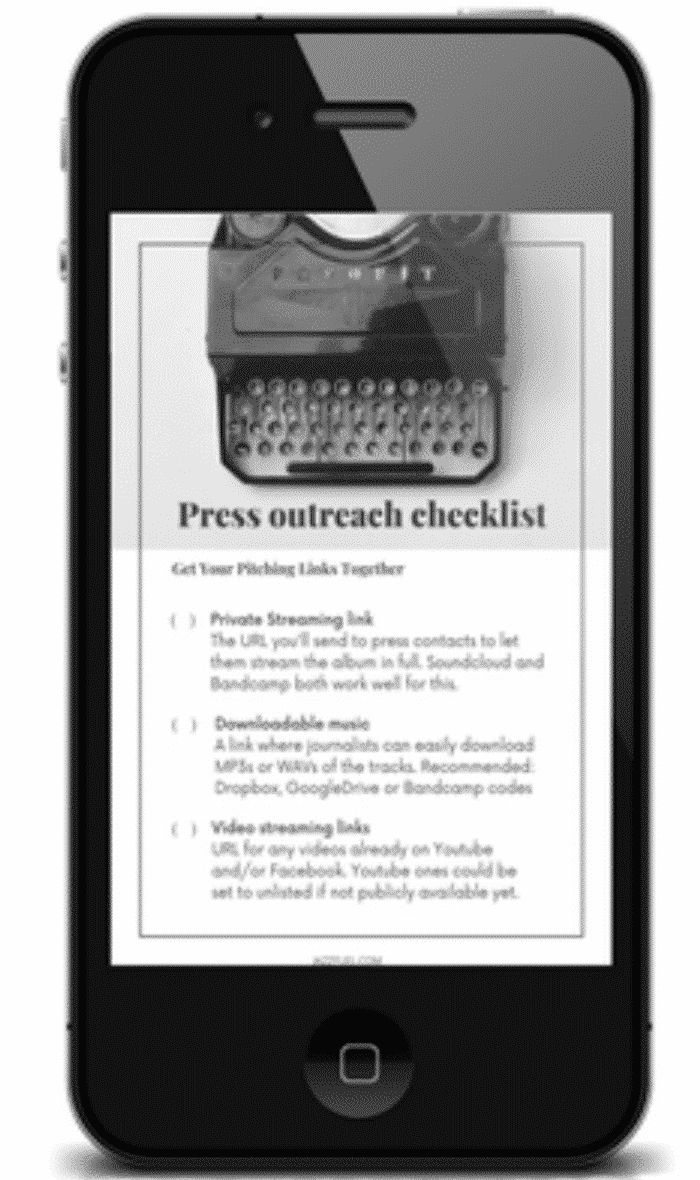 Jazz musicians seem to have a particularly strong affection for the album format. I guess it’s because our education in jazz has been largely via seminal albums that we’ve listened to again and again (and again).

Sometimes you need the 40-50+ minutes an album allows to get a specific concept across. But, if that’s not the case, there are plenty of other reasons why you might want to consider releasing multiple, frequent EPs instead of a full-length album every 1-2 years…

You can find out the long answer to this in this article on albums vs EPs, but people today are digesting music very differently: think streaming, downloads & videos.

The big advantage of EPs & singles

Being able to release content frequently is going to give you an advantage.

…and you’ll have more reasons to get in touch with the festival & venue promoters that you really want to reach.

If you’re very much in the DIY zone when it comes to your project, multiple releases per year means multiple chances to get through to those writers and influencers that you’re trying to reach.

So, EPs & singles instead of full-length albums?

Crowdfunding your next record

With many labels seemingly investing less and less in new music, musicians have had to look at alternative ways to finance their albums.

‘Crowdfunding’ may well bring to mind the likes of Kickstarter and Indiegogo.

These types of platforms can work really well as a way of setting out your album plans and then letting fans and supporters give money up front to make it possible. (It certainly did for US saxophonist Mike Casey!)

But if that’s not your thing, there are more subtle ways of raising money to consider too.

Making your new release available to preorder in advance from the usual online music stores is another great way to get money up front. It also helps you create excitement, anticipation and extra publicity in the weeks leading up to the launch – especially if you can create a special, limited edition version as extra motivation.

There are also plenty of new models coming up – namely label services – which help blur the lines between self-releasing and signing over your rights in a traditional label deal.

You get to keep the rights to your music – along with a much larger % of the sales – whilst getting the professional infrastructure and expertise that a traditional label offers.

Of course, there’s not a one-size-fits-all solution for pitching your music to the jazz press.

A magazine that’s perfect for one type of jazz wouldn’t dream of reviewing another. Or vice versa.

So when you’re working on promoting your newest release, it’s important to know what options are out there! For that reason, we’re regularly publishing guides and articles on some of the great jazz media outlets around the world.

It’s not too late to push your new release!

I’ve seen plenty of occasions where so much effort goes into making the music as good as possible, that the actual release plan gets a little forgotten!

You can still work your new release in the weeks after launch day to maximise the attention it creates and the amount of people it reaches.

Step one: check this list of 10 things you should do this week if you’ve just released a new jazz album..!

Step two: consider submitting a video and/or track for playlisting on this website via the links below.

Check out this portfolio of album release campaigns we’ve done press outreach for. As you’ll see, they each achieved some great press as a result of us simply following our own advice:

If you’re short of time and ‘done-for-you’ is more what you’re looking for, you can find out about our press outreach offering here.

CHECK OUT ALL ARTICLES RELATED TO RELEASING MUSIC: 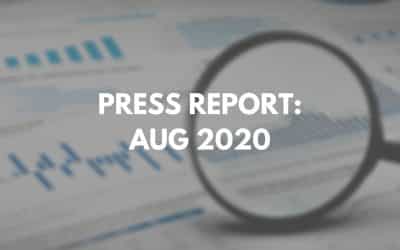 As you may know, one of the main done-for-you services we offer at Jazzfuel are press outreach campaigns. It's been satisfying to see so many new releases over the last 6 months, despite the obvious problems around the world. And, even better, so many journalists... 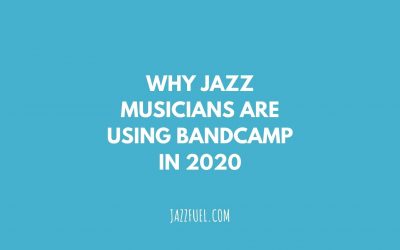 If you're somehow not too familiar with Bandcamp, it’s probably best described as the biggest [virtual] record store in the world. Except with every band hanging out there and selling their own stuff direct to fans. In fact, CEO Ethan Diamond recently noted that if... 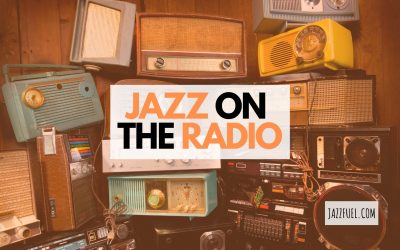 We may well be in 'the streaming age' where pretty much any music ever recorded is readily available online, but jazz radio stations - and particularly the people that host them - still provide a valuable and entertaining source of discovery for jazz fans and musician... 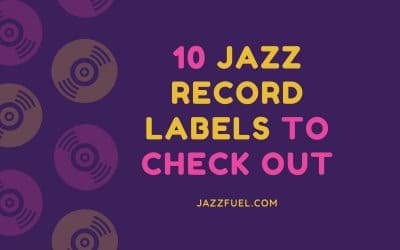 You might not *need* a record deal in 2020 to get your music heard, but that doesn't mean there aren't independent jazz record labels out there releasing great music and giving you ideas for how to make the most out of your next album. We've put together this list of...

Today's interview guest is Charles Waring, a British music journalist who is co-founder of the website Soul & Jazz & Funk and freelance writer for a host of magazines including MOJO & Record Collector. Over the last 2 decades he's written liner notes on... 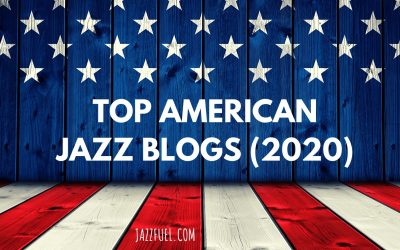 Whether you're a jazz fan or musician, checking out what's new right now - and who's writing about it - is an interesting exercise. Through our work running press campaigns for jazz musicians, we're in touch with many writers, bloggers and editors around the world and... 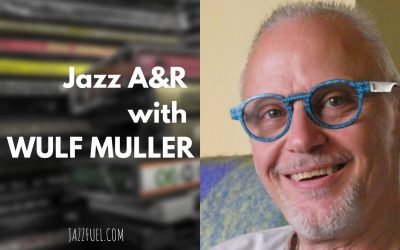 With over 35 years of experience in the music business, Wulf Muller started out as manager for the Miles Smiles jazz club in Vienna in 1980, before joining PolyGram Austria as a Product Manager. Since then, he's held roles at major record labels including Sony and... 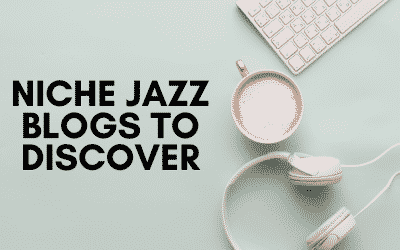 There are blogs that write about the great famous jazz musicians who we all know and love - those who release under ACT, ECM, Blue Note, etc - but there are also some brilliant local, niche jazz blogs that give a lot of space to artists who are not internationally... 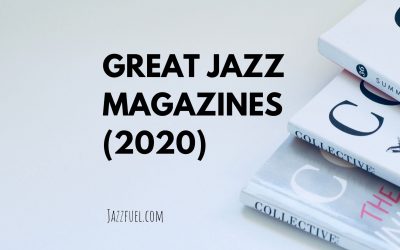 We’ll personally pitch your upcoming release to the right press contacts… and follow up with them.