Aptly known as ‘The Sound’, tenor saxophonist Stan Getz was truly one of the jazz greats. Join us as we go on a tour through some of his best albums.

Born in Philadelphia on the 2nd February 1927, his extensive output changed the shape of jazz music profoundly.

Through playing with some of the great bands at the time, Getz was able to come into prominence at a young age. By the age of 20, Getz had already amassed the musical experience and maturity required to lead his own bands.

That’s quite a start!

Stan Getz recorded over 150 albums during his lifetime. As a result, the endeavour of choosing ten stand-out performances has been no mean feat. We hope that the following recordings act as a jumping-off point for anyone seeking to widen their knowledge and appreciation for this master’s work.

First up is this super swinging live recording from 1951 at Storyville in Boston. Some favourites from this set include Johnny Mandel’s ‘Hershey Bar’ (the original title was actually ‘Or Music to that Effect’).

The story behind this track is quite fun. According to Getz, the producer from the label he was working with at the time wanted to name a whole series of songs after chocolate bars. Getz got as far as recording ‘Tootsie Roll’ and ‘Hershey Bar’ but “after that I got disgusted and put a stop to it” (Getz).

One of Getz’ early influences was the great musician and tenor player, Lester Young. Speaking of Young, Getz said he “was impressed with his complete simplicity and logic when he played, and the sound he got was more musical than [he]’d ever heard on a tenor saxophone”.

The band’s performance on Young’s ‘Jumpin’ with Symphony Sid’ really leans into that idea of delivering exquisitely focused and clean melodic ideas.

Jim Raney’s ‘Parker 51’ is a ferocious contrafact melody over the chords of the standard, ‘Cherokee’.

Getz utterly dominates here, providing the listener with a veritable ‘how to’ in tackling this famously challenging tune. We love the transitions between stop time and swinging in the head. 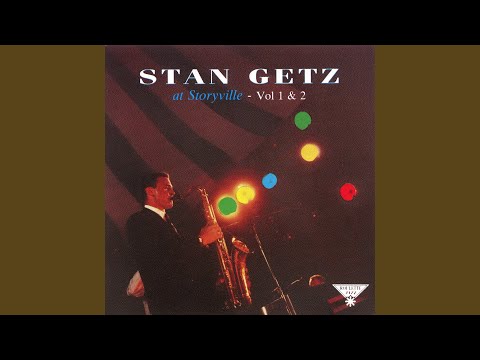 This recording from 1952 is a stunning work of cool jazz.

Favouring mainly ballads and medium tempos on this album, Getz sounds like he is sitting right in his comfort zone, and it’s really great! A particular highlight for us is Jerome Kern’s ‘Nobody Else But Me’ (interestingly it was Jerome Kern’s last ever composition).

Additionally, Getz’ rendition of the iconic ‘Body & Soul’ is astoundingly beautiful, that line just before the first bridge! Wow!

This record features a rare quintet led by Stan Getz and Chet Baker who only collaborated a few times over their careers, which is a shame because their musical union is exquisite.

The recordings are taken from two live performances at California’s The Haig on June 12, 1953, and The Tiffany Club on August 17, 1953.

It is purported that Getz had been brought in to co-lead the group in the absence of an incarcerated Gerry Mulligan.

The album is largely built from The Haig concert and features a chord-less rhythm section with Carson Smith on Bass and Larry Bunker on Drums putting in a beautiful performance. Bunker plays the whole set on brushes which sounds great. ‘Yardbird Suite’ & ‘The Way You Look Tonight’ are particular highlights for this recording with Getz and Baker complimenting each other perfectly.

Why they play ‘Winter Wonderland’ in the middle of the summer is a little bewildering but who are we to judge? 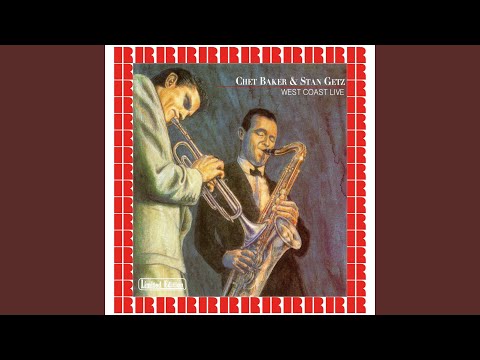 This is arguably one of the most joyful albums in Getz’ discography.

Joined by the powerhouses that are Oscar Peterson, Ray Brown and Herb Ellis, this really is the good stuff. We could listen to ‘I Want To Be Happy’ all day, and that’s only the first track on the record.

Ok, we know this is supposed to be a Stan Getz appreciation article but just take a listen to Ray Brown and Herb Ellis’ hookup in ‘Pennies From Heaven’! 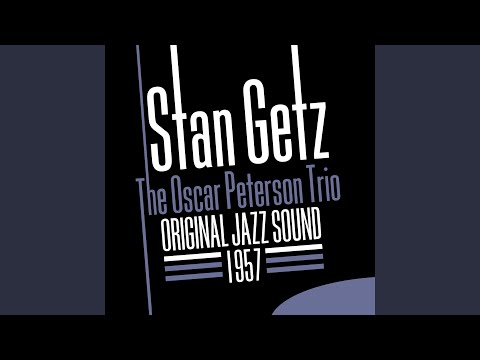 Following Pennies is a medley of ballads, which is quite a rarity in the jazz world. The band move effortlessly through ‘Bewitched, Bothered and Bewildered’, ‘I Don’t Know Why (I Just Do)’, ‘How Long Has This Been Going On?’. ‘I Can’t Get Started’ and Polka Dots and Moonbeams’.

Really, this whole album is a total stands out!

Purported to be one of Getz’ favourite recordings, ‘Focus’ is certainly very special. This 1961 session really stands out as one of the greatest ‘with strings’ albums of all time.

Eddie Sauter’s string arrangements don’t simply provide a luscious backing for Getz to play over, but they have a voice of their own. Reminiscent of Béla Bartók’s string writing, ‘I’m Late, I’m Late’ is a firm favourite.

Getz sounds incredible on ‘I Remember When’ riding a wave of loveliness provided by the strings. ‘Night Rider’ is a joyful movement. Apparently, Sauter didn’t write any melodies for Getz, simply leaving space for him to explore; a beautiful approach that really worked on this record.

The first bossa nova album record by American jazz musicians, 1962’s ‘Jazz Samba’ is a seminal piece of work and a great listen!

With iconic versions of now bossa nova standards ‘Desafinado’ (incidentally Getz’ won a grammy award for his performance on ‘Desafinado’), ‘Samba De Uma Nota So (One Note Samba) and ‘Bahia’, the collaboration between Getz and guitarist Charlie Byrd is beautiful.

Marking the beginning of what would be a Bossa Nova craze in America, ‘Jazz Samba comes highly recommended.

Recorded one year after ‘Jazz Samba’, ‘Getz / Gilberto’ is the next step.

Whereas ‘Jazz Samba’ featured an American band playing largely Brazilian music, ‘Getz / Gilberto’ is a meeting of Stan Getz and some of the greatest exponents of Brazilian music.

The band, including João Gilberto, Antônio Carlos Jobim (composer of many of the tracks) and Astrud Gilberto, are perfectly matched with Getz.

Again, many of the compositions on this record have also become standards of the Bossa Nova repertoire (most notably: ’The Girl From Ipanema’, again ‘Desafindo’ and ‘Corcovado’).

This recording was instrumental in shaping the sound of the entire genre. Not only one of the biggest selling jazz albums of all time, but essential listening for anyone interested in good music! 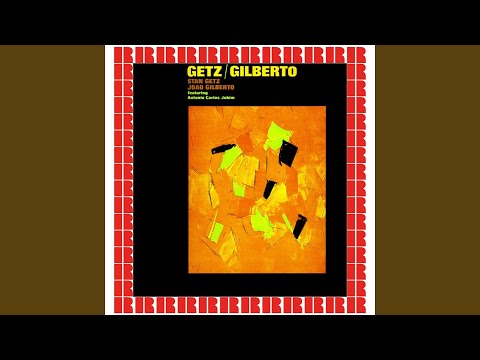 The band on this record is so great that it couldn’t go unmentioned.

Of course, Stan Getz and Bill Evans leading the date, but none other than Elvin Jones on drums and Ron Carter sharing the bass chair with Richard Davis.

Returning to more swinging material after his Bossa Nova excursions, this is a beautiful set of tunes, recorded over a two day period. Highlights include ‘Grandfather’s Waltz (we love to hear Elvin Jones playing a waltz!) and the introspective ‘Melinda’.

Another truly seminal moment, Getz’ ‘Sweet Rain’ (1967) feels like the perfect culmination of everything that came before with a mid-late sixties sensibility. The first recording with the great Chick Corea.

In Getz’ own words, “Chick was one of the finest, if not the finest musician that ever came out of any of the band that I’ve put together in the past”.

Corea’s ‘Lithia’ really hits you square between the eyes with its rhythmic twists and turns and feel changes.

Despite its technicality, Corea, Ron Carter and Grady Tate hold everything together with incredible poise, allowing Getz to fly around with his usual melodicism.

Mike Gibbs’ ‘Sweet Rain’ is another highlight from this record. Getz’ sound almost melts and his searching improvisation is really special. 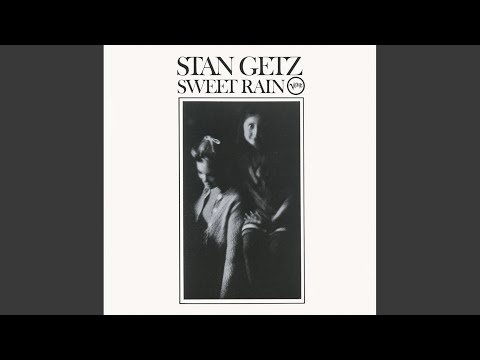 Jumping forward rather unceremoniously twenty years to 1987, we’d like to end with a two-for-one.

We’ve packaged ‘Serenity’ and ‘Anniversary’ into one as they were taken from the same live date at Jazzhus Montmartre in Copenhagen, featuring Kenny Barron on piano, Rufus Reid on bass and Victor Lewis on Drums.

Billy Strayhorn’s last ever composition, ‘Blood Count’ is a melancholy ballad that stands out on ‘Anniversary’.

Kenny Barron’s ‘Voyage’ that features on ‘Serenity’ displays how Getz (similarly with Corea’s ‘Lithia’) would look to the younger artists around him to propel him forward. His extended solo shows him at the top of his game

Wondering where to go next with Stan Getz?

The legendary saxophonist played on countless sessions as a sideman, including a legendary meeting between Dizzy Gillespie and Sonny Stitt on ‘For Musicians Only’. Other notable collaborations are the albums ‘Hamp and Getz’ with Lionel Hampton, ‘People Time’ with Kenny Barron and ‘Stan Getz and J.J. Johnson at the Opera House’.

Thanks for joining us on this tour through 10 of Stan Getz’ best albums. You can continue discovering incredible recordings from the saxophone greats in our saxophone section!