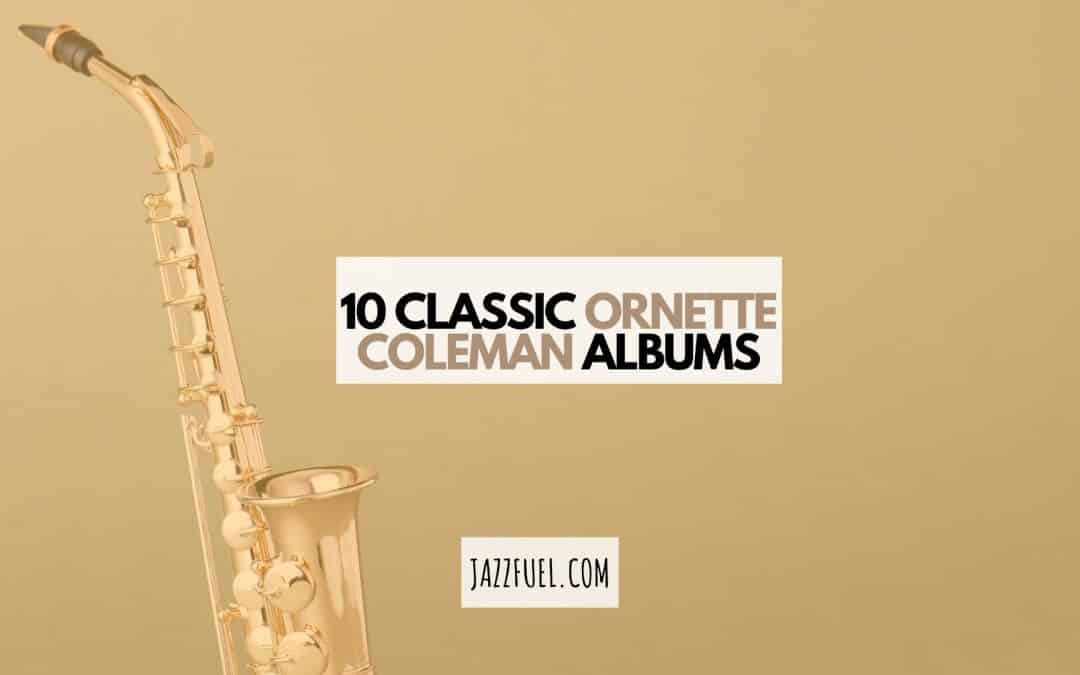 In this article we dive into the life and music of the original free jazz great: alto saxophonist Ornette Coleman.

His influence on jazz, in a career that lasted more than half a Century, cannot be overestimated and hopefully these 10 albums will show you why!

A towering figure in twentieth century music, this saxophonist / composer / bandleader (and sometime violinist and trumpeter) Ornette Coleman began his career being beaten up for his daringly inventive music-making, and finished it being garlanded with recognition and awards (including the Pulitzer Prize) for the same thing.

Throughout, he maintained the extraordinary trick of sounding bracingly unanchored and contemporary, yet at the same time fully grounded in the blues, in bebop, and even in folk music (proudly confirming Louis Armstrong’s much-quoted observation that “all music is folk music”).

Ornette Coleman’s influence as composer (including his mysterious system of ‘harmolodics‘) and as soloist, innovator, and bandleader, cannot be exaggerated.

His long life (1930 -2015) and sporadic reinventions ensure that choosing a mere ten albums is a difficult task, but here are some landmarks along the way, featuring a range of different contexts. 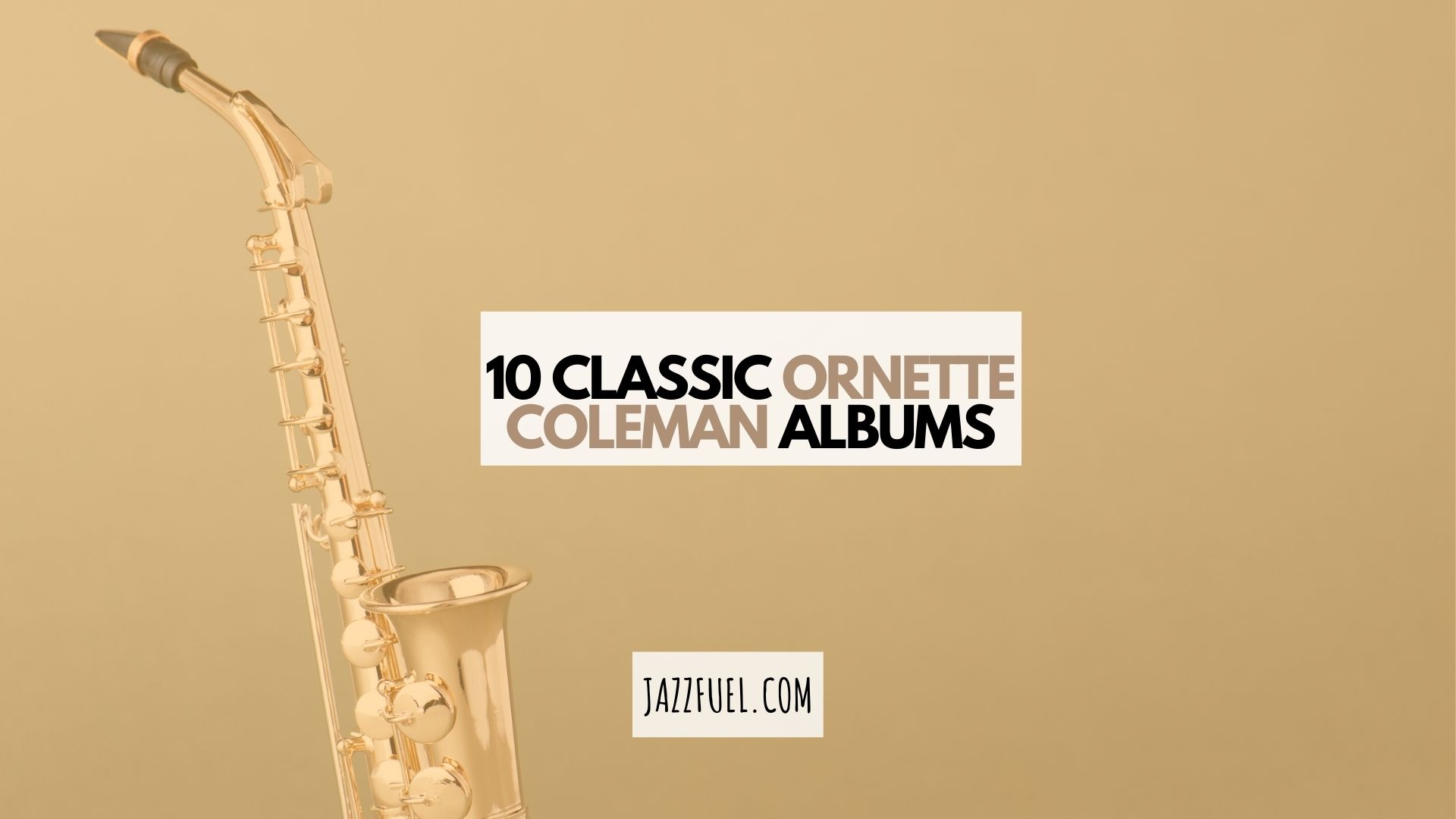 The Shape Of Jazz To Come (Atlantic Records, 1959)

The title says it all.

This is Ornette Coleman’s classic early quartet, with the like-minded spirits of Don Cherry on pocket trumpet, Charlie Haden on double-bass, and Billy Higgins on drums, and the leader on his trademark Grafton plastic saxophone.

This is an utterly distinctive organism, with a twisting interweaving sky-scape of horn lines, a central nervous system of rhythmic solidity, and a whole network of fibrous interconnections beneath.

It’s hard to over-estimate how strange and unexpected it must have sounded at the time (Charles Mingus described the band’s sound as “organized disorganization or playing wrong right“).

You can discover it, alongside other greats, in our round up of the best jazz albums of all time. 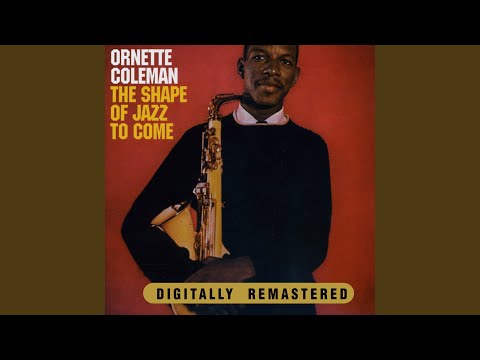 Change Of The Century (Atlantic Records, 1959)

Same band, same energy, same inventiveness, and some of the leader’s most infectious compositions.

‘Una Muy Bonita’ is similarly joyous, and a great example of the ‘harmolodic’ equality between instruments: Higgins’ drumming, in particular, is bursting with melodic ideas.

The iconic Jackson Pollock cover painting of this album signals the parallels between Ornette Coleman’s music and abstraction in the visual arts: its vitality, its interest in juxtapositions and accidents rather than the well-worn structures of functional harmony, even its uncompromising relentlessness.

If the early quartet albums are bracing, this (“a collective improvisation” in which two quartets play simultaneously) is cold-water swimming.

Once over the initial shock, there’s plenty of detail and contrast to enjoy, including features for Eric Dolphy and Freddie Hubbard, and moments of unexpected melodic force.

Like all these early albums, the drumming (Blackwell and Billy Higgins) swings sensationally throughout.

Ornette’ Coleman’s first album for Blue Note Records, recorded live with his new trio with David Izenson on double-bass and Charles Moffatt on drums, has a real swagger and confidence, plus labyrinthine tunes, an in-your-face recording clarity, and the leader’s first outings on violin and trumpet (both of which he plays with a kind of primitive grandeur). 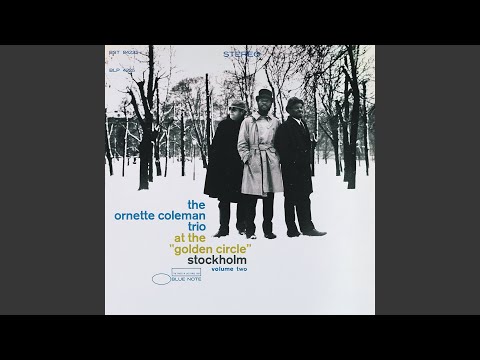 Science Fiction was another stratospheric leap forward, yet with its feet firmly planted in Ornette’s roots.

There are some brilliant showcases for the original quartet here, playing with astonishing intensity (witness Cherry’s powerhouse scribbling solo on “Civilization Day”), but also ensembles up to eleven in size, mixing vocals with narration, and even adding chordal instruments into the mix (piano and guitar).

“What Reason Could I Give?” sounds like the arrival on a new planet.

Talking of new planets…the first notes on this uncompromising orchestral epic usher in a bold soundworld that has more in common with Xenakis and Messiaen than with Ellington or Armstrong, yet the energy and unexpectedness are all Ornette’s.

There are also passages of sonorous beauty too, like weirdly wonderful vegetative forms.

The first album to feature Ornette Coleman’s new electric band, which came to be known as Prime Time.

This also includes a completely fitting collaboration with the legendary Moroccan musicians The Master Musicians Of Jajouka, which seems to locate Ornette’s hypotnic, incantatory, intonation-stretching saxophone sound right back in its original home.

The tunes are maddeningly catchy, and the grooves are both incessant and fractured.

Once again, it feels like the discovery of a new world.

In its way, it’s as playful and deceptively childlike as the early quartet albums. 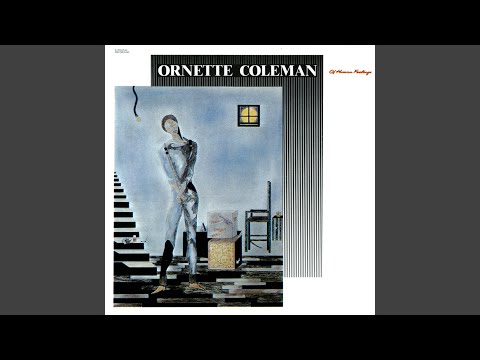 A delicious one-off standout in Ornette’s 1980s releases, this is an utterly unexpected collaboration with virtuoso guitarist Pat Metheny, and also features the stellar rhythm section of Charlie Haden and drummer Jack DeJohnette (plus Denardo on percussion).

You’d be forgiven for thinking that Ornette Coleman was 26 rather than 76 when he made this live recording (Grammy-nominated and Pulitzer Prize-winning) in the company of two double-bassists and Denardo on drums.

Prime Time’s bewildering thicket of overlapping guitars and electric basses is gone, and gives way to a gloriously open vista in which the saxophone sings and cries undaunted. 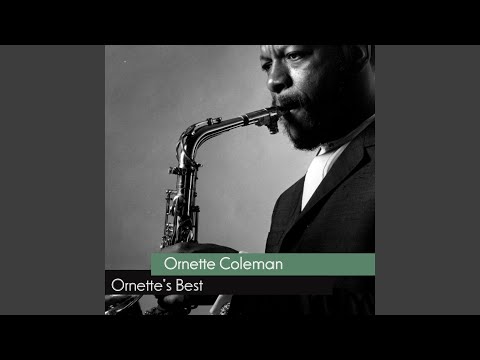 Thanks for joining us for this journey through 10 of the best Ornette Coleman albums in jazz history!

If you’re looking for similar music, head over to our round up of pioneering free jazz & avant garde albums.

Alternatively, you can find our round up of the best saxophonists of all time right here on our saxophones homepage.