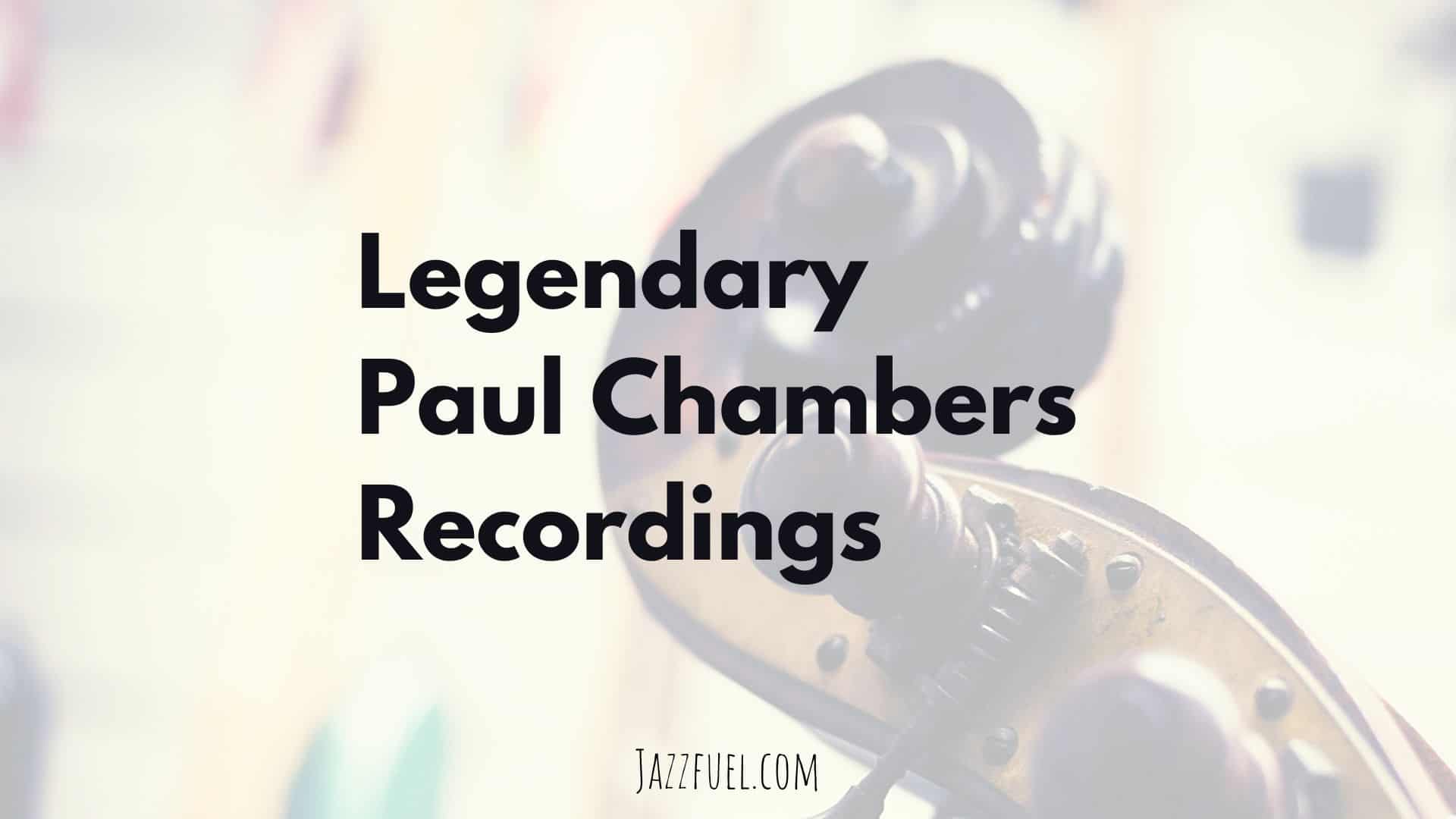 So many legendary jazz recordings in the 1950’s and 1960’s – from West Coast Cool Jazz to East Coast Hard Bop – featured a handful of the same rhythm section players.

Despite dying of tuberculosis at the age of just 33, the Paul Chambers discography stretches to more than 100 jazz albums and, for this article, we’ve picked 11 of the best records that he played bass on.

As always, there are loads of others we could have included. Let us know in the comments section below which you think should have made the cut…

So that’s our 10 top picks from the legendary bassist Paul Chambers – I hope you enjoyed reading and listening as much as we enjoyed putting it together!

Of course, it’s by no means a comprehensive list and we’re open to amending it if anyone posts a super convincing argument in the comments section here as to which one should be added – and in place of what…

You probably noticed that many of his great albums featured John Coltrane on saxophone; you can check out our feature on Coltrane here.

And lastly, if you’re a jazz bass player and want to get deeper into the lines and solos of Paul Chambers, you can find some transcriptions in “The Bass Tradition by Todd Coolman” which we included in this list of best books to learn jazz & improvisation.