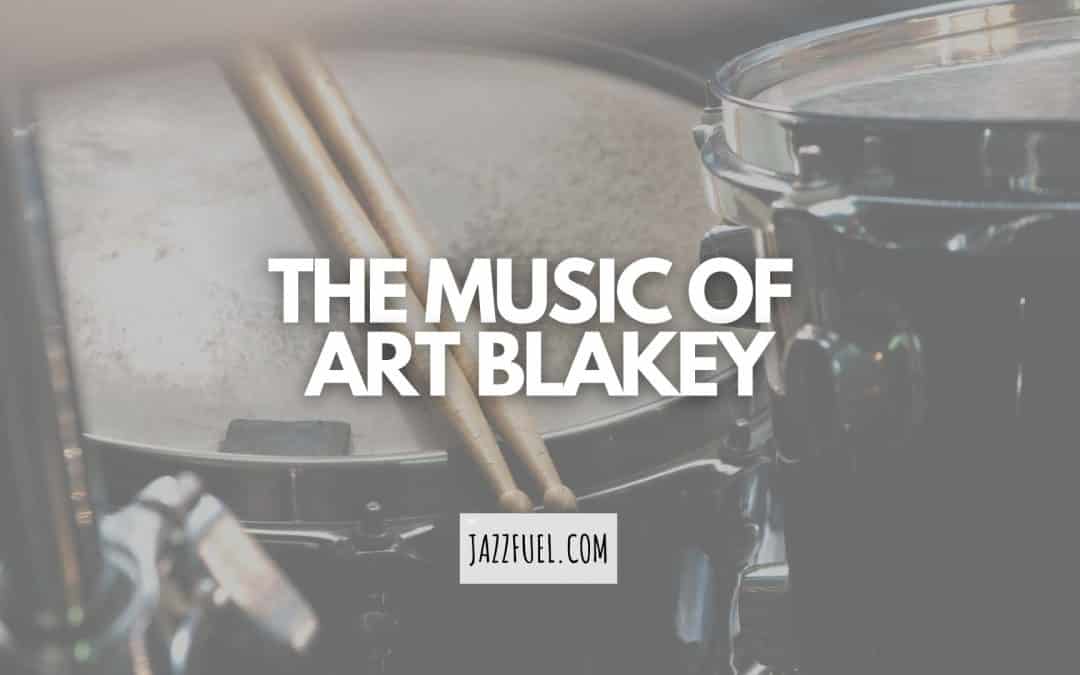 We take a look and listen to 10 legendary jazz albums featuring Art Blakey, one of the most important drummers and bandleaders of all time.

Of course, there’s a whole bunch of Jazz Messengers albums, but don’t miss his contribution as a sideman on some other hard-bop greats.

Art Blakey spent his early years as a pianist, transitioning to drums in the ’30s and turning heads as the powerhouse in big bands led by Fletcher Henderson and Billy Eckstine in the ’40s.

After a trip to Africa with Eckstine, he briefly converted to Islam in the late ’40s and early ’50s, changing his name to Abdullah Ibn Buhaina, which resulted in his nickname ‘Bu’.

Aptly described as the ‘volcano’ of jazz drumming, Blakey was an early adopter of bebop and pioneered the successive style ‘hard bop’ with his group The Jazz Messengers.

The Jazz Messengers began as a big band during a time when it was economically problematic to lead large ensembles, and the name was subsequently used for a small group co-led with Horace Silver.

After Silver’s departure, Blakey ran the band for the remainder of his career, churning out seminal albums and employing musicians who would go on to make ground-breaking artistic statements of their own.

Although Art Blakey’s contribution to jazz is inextricably linked to The Jazz Messengers, he also made an impact as a sideman.

Important albums by the genre’s heavyweights featured his name on the personnel list, including those by Dexter Gordon, Sonny Rollins, Miles Davis, Sonny Stitt and Jimmy Smith.

This collection only scratches the surface of Blakey’s output – fans of the Messengers will no doubt see some of their favourite records omitted. However, the albums noted here give an overview of a long and varied career and will surely inspire the reader to dig deeper into the back catalogue.

So here is our list of Art Blakey’s top 10 albums! 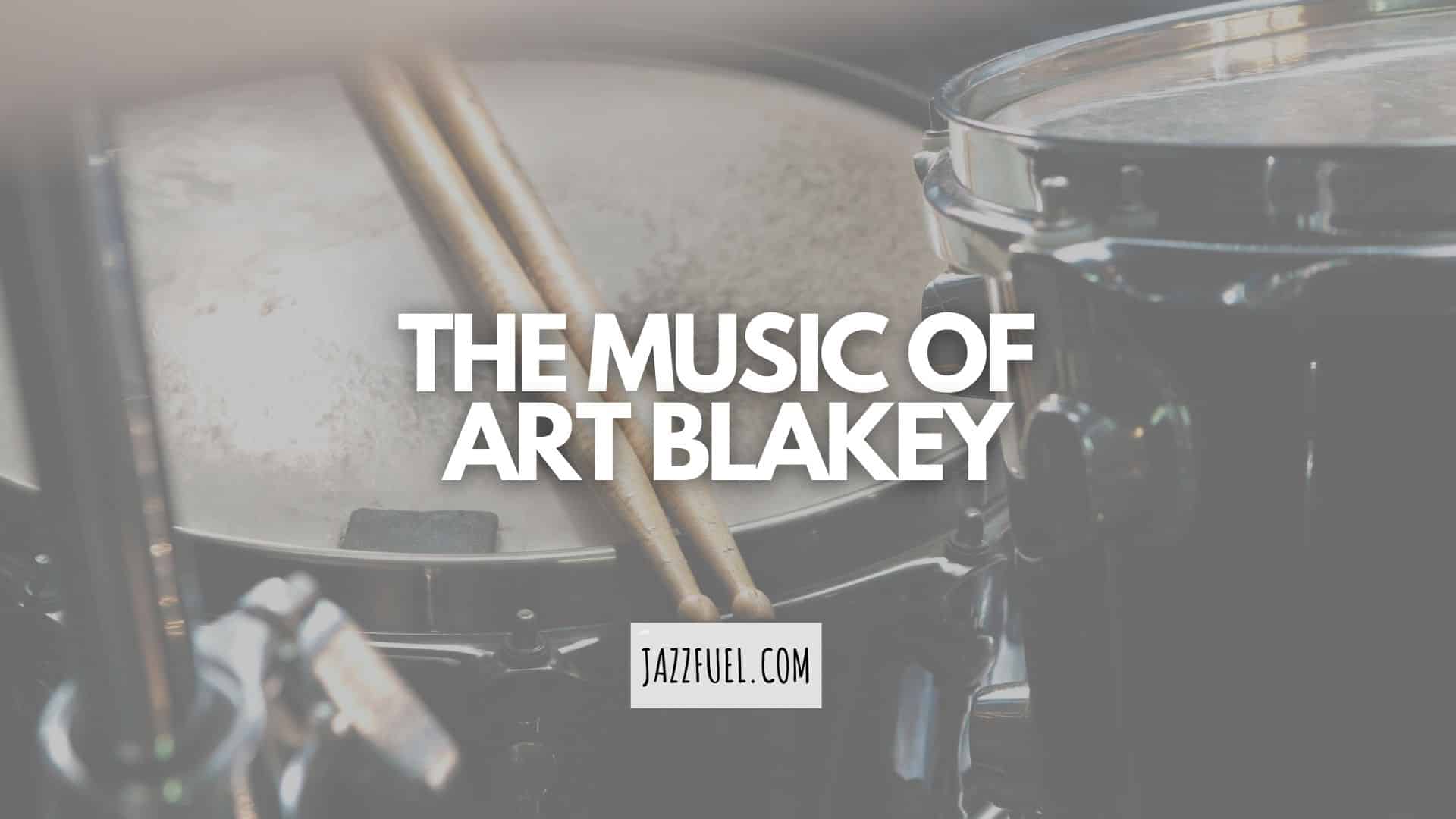 Although released under Art Blakey’s name, these two albums are really an early form of the Jazz Messengers. Recorded at the famous club Birdland in Manhattan, this comes early in a catalogue with a high proportion of live albums.

These volumes are also historically significant as the first to be recorded at the club with the purpose of being released on record, utilising the new long-playing record technology.

Featuring Clifford Brown and Lou Donaldson on the frontline, we also hear excerpts from the club’s announcer Pee Wee Marquette, whose distinctive voice was later sampled for a hip-hop single.

Widely reputed to be a perfect fit to Thelonious Monk’s style, Blakey had accompanied the pianist regularly since the late ’40s and had appeared on his first recordings as a bandleader for Blue Note Records (Genius of Modern Music, rec. 1947).

The repertoire here is nearly all by Monk, and features the tenor saxophonist Johnny Griffin, who would succeed John Coltrane in his quartet a couple of years later.

This album is a rare example of Thelonious Monk as a sideman or co-leader and was released at a time when both Monk and Blakey were on the cusp of their most important contributions to music.

Art Blakey contributes to this famous Cannonball Adderley album, alongside another rare sideman about to change the landscape of jazz: Miles Davis had already enlisted Cannonball to augment his quintet to a sextet and employer becomes employee on this session

Davis’s cool-school aesthetic looms large, and Blakey’s drumming is more discreet than usual under his influence. The ensemble playing is refined and spacious, tempos are relaxed and the moods reflective. 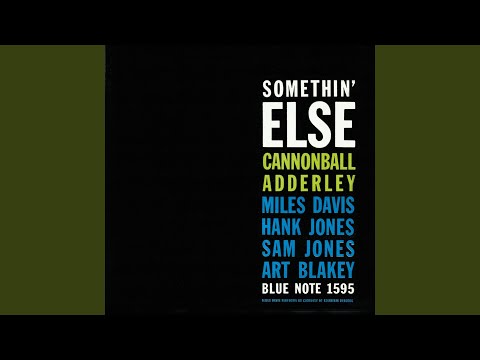 Despite this toe-dipping into the pastels of cool jazz, vivid and vibrant colours were never too far from Art Blakey’s palette.

Hard-bop’s blues and gospel characteristics are prevalent on this most famous Art Blakey and the Jazz Messengers album. The title track of this Blue Note classic is by pianist Bobby Timmons and sums up the genre perfectly.

Aside from a jazz standard at the end of the record, the rest of the numbers are by the saxophonist Benny Golson. This follows a long pattern of Blakey encouraging his colleagues to use the group to get their tunes heard.

A particular highlight is Golson’s composition showcasing his drummer-bandleader; The Drum Thunder Suite is in three parts and was a staple of the Messengers book long after the personnel was switched up.

Hank Mobley was an early Messengers alumnus who had returned briefly in 1959 to get his career back on track after a drugs bust. Soul Station was his first statement back in the game as a leader and he enlisted his former boss to assist.

Art Blakey’s playing is tasteful and intense; more subtle than his candid hard bop playing in the Messengers.

Even so, his drum solos are just as dramatic as usual, his spotlight in ‘This I Dig of You’ being a high point.

Birdland was a venue where Art Blakey showcased many versions of The Jazz Messengers band and this final recording at the club features the exciting line-up of Curtis Fuller, Freddie Hubbard and Wayne Shorter on the frontline backed by Cedar Walton, Reggie Workman and Blakey.

Although he does not take a solo at any point in the performance, Art Blakey is, as ever, a very present force on the bandstand.

His muscular fills and accompanying punctuations leave the listener in no doubt about his authority in the ensemble.

Art Blakey and the Jazz Messengers worked just as well in the studio as they did live, as evidenced in Free For All.

This album is an artistic statement of the musicians’ commitment to the civil rights movement.

Blakey’s drumming here is full of his trademark raucous shuffles and crescendo press-rolls, the latter often without the necessary punctuation to indicate its end point to the group – a sure sign he could trust the rhythmic precision of his bandmates completely.

The energy on this session is unrelenting, and the three-horn format gives depth to the head arrangements as well as a variety of backing options behind soloists.

1964–66 was a period of instability for The Messengers, with musicians passing in and out of the band.

The group on this record contains a completely new set of band members, including twenty-year-old wunderkind Keith Jarrett at the piano.

Recorded live in California, the music has wide-ranging influences, from modal jazz to the calypso.

Jarrett is experimental, one solo even partly played on the strings inside the piano. Art Blakey is on fine form with his inimitable and propulsive beat underlying each track.

The dominance of rock and jazz fusion in the late ’60s and ’70s led to a waning popularity of Art Blakey and his Messengers in the United States.

Despite maintaining a busy touring schedule abroad, recordings were difficult to produce and musicians hard to keep hold of. 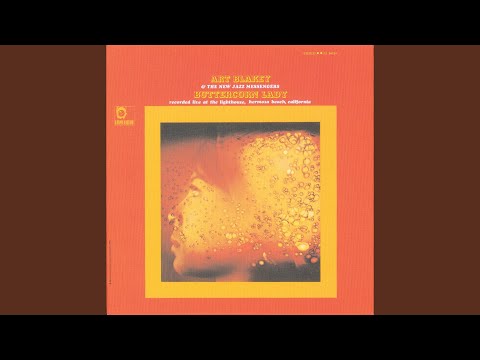 In the late ’60s Thelonious Monk was receding from performing life, plagued by health problems and the waning popularity of jazz.

In 1971, at the conclusion of a tour, he was engaged to record in London.

The session yielded an album’s worth of solo material and one-and-a-half hours of trio music. Art Blakey, with whom Monk had not collaborated for fourteen years, was the drummer.

Blakey takes no prisoners, and Monk rises to the challenge. They play time-honoured Monk tunes, by then part of the standard repertoire. Their relationship is much the same as before, although both musicians clearly have a maturity and looseness only gained by years of playing.

Art Blakey continued to perform and record live and in the studio until his death in 1990. Although the personnel for The Jazz Messengers would change many times, he would always seek out musicians at the start of their careers, citing their youth as an inspiration.

The sextet on Straight Ahead came out of a European 11-piece ‘big band’ tour and has the precocious Wynton Marsalis on trumpet.

The band was at the vanguard of a renewed interest in acoustic hard bop, hot on the heels of an aesthetic crisis in jazz brought about by electronic fusion music.

Although his playing is showing signs of decay, the description of ‘volcano’ still applies: Blakey has more energy here as a 61-year-old than most young men could only dream of!

Art Blakey’s legacy as drummer, innovator, mentor, avuncular bandleader and champion of jazz in later times continues to this day.

His influence on the canon is documented on dozens of albums, as well as the music and musicians he inspired.