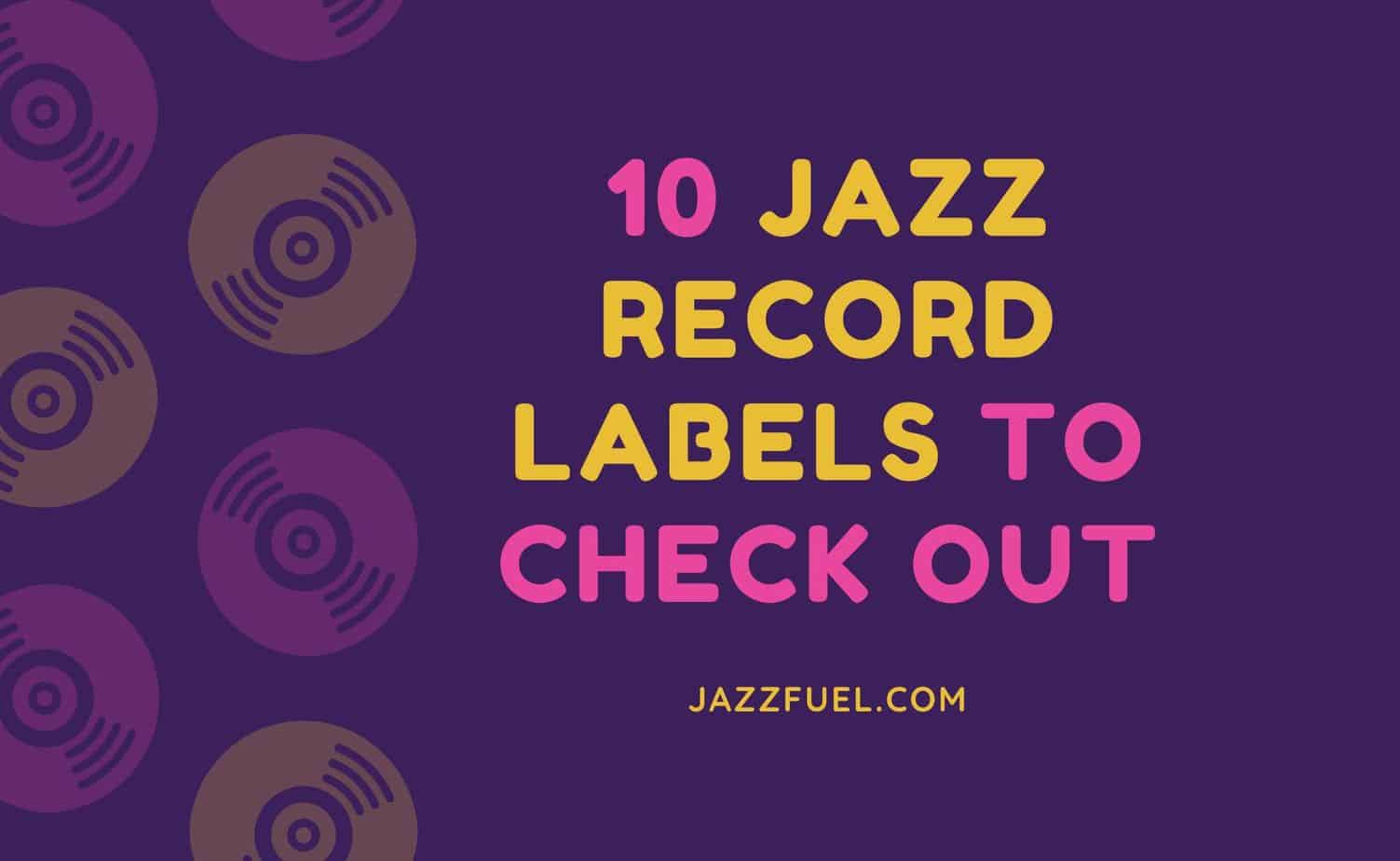 You might not *need* a record deal in 2021 to get your music heard, but that doesn’t mean there aren’t independent jazz record labels out there releasing great music and giving you ideas for how to make the most out of your next album.

Without a doubt, the internet has made it easier than ever for anyone to release music into the world. Once upon a time, a contract with a record label was the only serious way of getting an album out there, but sites and platforms like Bandcamp, CD Baby and DistroKid have democratised the process and bridged the gap between artist and fans.

That said, there are still great independent jazz record labels out there releasing fantastic music.

For fans, a record label can act as a seal of quality, or suggest a certain style or aesthetic – think “the Blue Note sound” of the 1960s – which might point listeners in the direction of new music that they otherwise wouldn’t have checked out.

And, for artists, a high quality label with a proper PR strategy can help them connect with new fans, journalists and other important media contacts, allowing them to potentially make a bigger splash with that new record than they might have made with a self-release.

So here’s our list of ten great jazz record labels. They encompass a broad range of styles, and they’re based in various locations, but they all continue to put out excellent music.

Edition of Contemporary Music, to give it its full name, is the classic example of a label with a highly distinctive sound and aesthetic.

Founded by influential producer Manfred Eicher in Munich in 1969, it was intended to give jazz the high quality production values of classical music, with dark, moody cover art, glossy inside booklets and crystal clear sound quality.

The classic ECM sound is atmospheric, minimalist contemporary jazz with a European outlook – Jan Garbarek, Erberhard Weber and the like – but the label’s output actually ranges from Keith Jarrett’s standards trio, to recordings of Bach, Shostokovich and Steve Reich; American jazz giants like Pat Metheny and Chick Corea, to the Avant garde and the free improv of Evan Parker and Roscoe Mitchell.

With a slogan of “the Most Beautiful Sound Next to Silence”, ECM has issued over 1500 albums – 10 of which were featured by Tyran Grillo in an article entitled ‘10 albums that changed the landscape of jazz.’

Its main focus now is on forward- thinking European jazz, particularly from the German and Scandinavian scenes, including Michael Wollny, Joachim Kühn and Marius Neset.

However, it has continued to work with international artists, including Americans Vijay Iyer and Bill Frisell.

Records by Nils Landgren and the late pianist Esbjörn Svensson’s EST have been some of the label’s most popular.

Based in Munich, ACT has released more than 350 albums, creating what Loch describes as “Music for people with open ears and an open mind”.

Sunnyside’s logo is a drawing of a girl playing with a skipping rope, and the label’s founder, Francois Zalacain, suggests that this carefree image symbolises the company’s relaxed ethos.

The label doesn’t worry too much about stylistic unity, instead preferring to just release music that Zalacain likes the sound of, although most of its artists are based in New York.

Sunnyside was born in 1982 out of Zalacain’s friendship with the pianist Harold Danko, whose album Mirth Song was the label’s first release.

Its catalogue serves as a fascinating document of the New York City jazz scene, ranging from now-departed greats like Lee Konitz and Nina Simone, to leading lights of the contemporary jazz world such as Fred Hersch, Kenny Werner and Dave Liebman, to exciting young talents like Glenn Zaleski and John Escreet.

Sunnyside also licenses music from European labels for distribution in the USA. 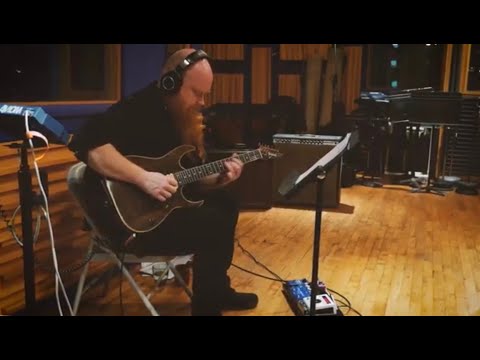 Motéma was founded by Jana Herzen in San Francisco in 2003, but has been based in Harlem, New York, since 2005.

Working with big names in the “culturally trenchant jazz, world and soul” spheres, the label prides itself on its focus on artist development, which may be related to the fact that Herzen is a singer-songwriter and recording artist herself.

Gregory Porter’s break out albums Water and Be were released on Motéma prior to his move to Blue Note, and the label also helped launch the career of piano prodigy Joey Alexander.

Geri Allen, David Murray and Randy Weston are some of the jazz icons with albums in the catalogue, while the contemporary jazz scene is represented by the likes of Melissa Aldana, Donny McCaslin, Mark Guiliana and Ben Wendel.

British label Edition has only been around since 2008, but has already grown to be one of the most admired new record companies in Europe.

Founded by pianist Dave Stapleton and photographer Tim Dickeson, Edition originally gained a reputation for working with forward thinking northern European artists like Marius Neset, Phronesis and Dinosaur. In recent years, though, a number of major American jazz musicians have opted to release with them, including Kurt Elling, Chris Potter and The Bad Plus.

The label has a relationship with London’s Royal Academy of Music, where the winner of the school’s Kenny Wheeler Jazz Prize gets to release a proposed recording with Edition.

‘Edition Records might be a small but growing operation, but there was a time 40 years ago when ECM Records was at much the same stage in Munich, and Edition reveals similar sixth sense for emerging innovators’ – The Guardian

After a visit to New York, Pujol decided that he wanted to document the scene of exciting young players centred around Smalls Jazz Club in Greenwich Village and, with a remarkable eye for emerging talent, has given numerous major jazz stars their first recording opportunities.

Pujol has also worked with important musicians from the Spanish scene, such as Perico Sambeat and Albert Sanz, and the label continues to release albums from artists in the US and Europe.

Fresh Sound Records, FSNT’s sister label, has an extensive catalogue of classic reissues, many of which were previously unavailable.

Founded in 1999 by Gretchen Valade, Mack Avenue is based in Michigan, but also has an office in Los Angeles. Valade is a jazz fan and businesswoman, who remains Chairman Emeritus for the American clothing brand Carhartt.

Beginning with new recordings by jazz legends George Shearing and Terry Gibbs, the label has since released major names like Danilo Perez, Christian McBride, The Yellowjackets and Gary Burton.

“A collaborative community, a brand, a moving force with a life of its own that is larger than life”, is how Philadelphia based, New York-born label Ropeadope describes itself.

It was founded in 1999 by Andy Hurwitz, but is now run by Louis Marks, who previously worked as a financial trader, then as an advocate for Greenpeace.

Its output tends towards the more genre-bending, funky end of the jazz spectrum – artists like Christian Scott, Terrace Martin, Snarky Puppy and Aaron Parks’ Little Big project – as well as artists from the hip hop, soul and gospel worlds.

The company also has its own clothing line, including a popular range of ‘Renew Orleans’ t-shirts, which raised money in the wake of Hurricane Katrina.

Seattle-based independent jazz label Origin Records was founded in 1997 by drummer John Bishop with the mantra of being run for musicians by musicians.

Reaching out into the local community, Origin have organised the Ballard Jazz Festival in Seattle since 2003 and were involved with the formation of website seattlejazzscene.com

The Criss Cross story began in the early 1980s, when Dutch promoter, producer and drummer Gerry Teekens decided to provide a home for straight ahead jazz stars of the 1950s and ‘60s at a time when fusion had become the dominant style.

He also produced records by rising stars of New York’s straight ahead scene, like Peter Bernstein and Eric Alexander, although recent releases have included more left field projects by David Binney, Matt Brewer and the like.

Although the company is based in the Netherlands, Criss Cross has almost exclusively released US-based artists, with Teekens making twice-yearly trips to New York to seek out new musicians to document.

Sadly, he died in October 2019 at the age of 83, but his son Jerry Teekens Jr. has declared his intention to keep his father’s musical legacy alive. 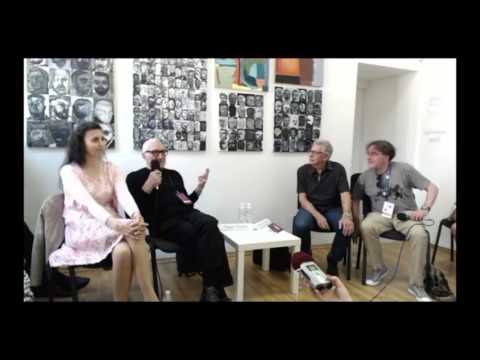 Founded in Lisbon in 2001, Clean Feed Records has a modern, exploratory outlook.

Label founder Pedro Costa has also presented a regular Clean Feed Festival, initially in New York, but more recently in other cities too, to showcase their artists.

Thanks for reading! I’m guessing you know most, if not all, of those labels. But I hope that you’ll be inspired to go back and check out some of their best releases and also to have a look at how they’re approaching the music industry in 2021. There may well be some ideas on what you should (or even shouldn’t!) be doing with your own…

If you’re looking for further info on this topic, check out this article on what to AVOID when it comes to signing with a record label, as well as all our guides on self-releasing your next album.