The Best Jazz Trio Albums of All Time 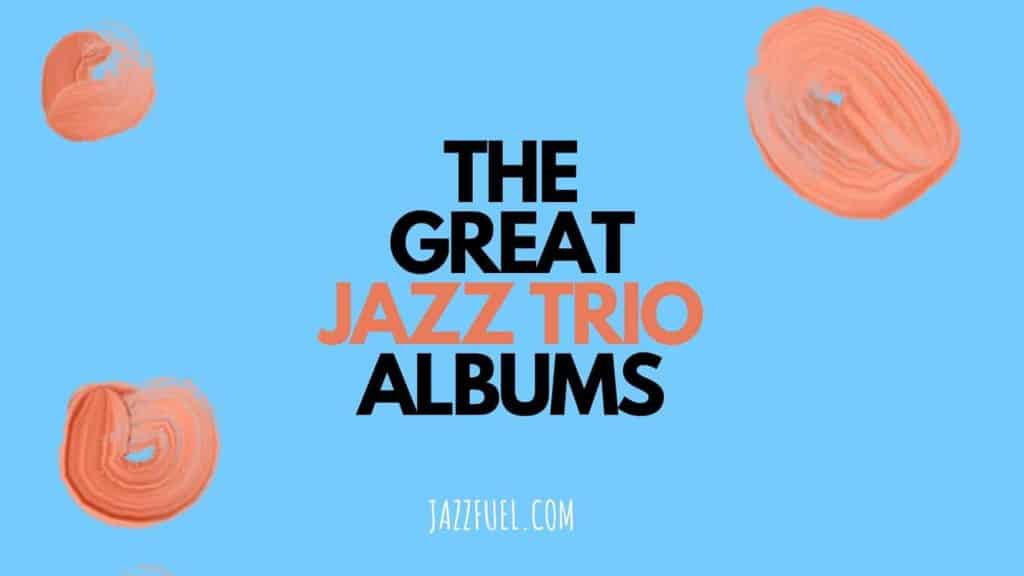 The jazz trio format, whilst perhaps smaller than the ‘average’ jazz ensemble, has produced some of the great albums in the music’s history.

From swing to third stream, soul jazz to Avant garde, each sub-genre of jazz has it’s share great trio albums.

And whilst the classic jazz trio line up of piano, double bass & drums is traditionally quieter and more reflective, with plenty of space for interaction and dialogue, there are plenty of raucous exceptions to this rule.

From Sonny Rollins’ groundbreaking chordless trio to the more groovy Hammond organ and guitar-led groups, we’ve put together a selection – in chronological order – of some of the best jazz trio albums ever made. Let us know your feedback in the comments below!

Before the piano-bass-drums trio format became commonplace, Nat King Cole led a quieter alternative with guitar (usually played by Oscar Moore) and double bass, and the bandleader on both piano and vocals.

This compilation contains hours of slick material, mixing swing era standards with brilliant originals like ‘Straighten Up and Fly Right’ and ‘Beautiful Moons Ago’.

Nat King Cole would go on to find huge fame and popularity as a crooner, but in his early career he was renowned as one of the best jazz pianists on the scene.

He actually played in another classic jazz trio with unusual instrumentation: tenor saxophonist Lester Young’s 1946 sides with Cole and Buddy Rich on drums, which are notable for their lack of a bass player.

In 1957 he made Way Out West, which was highly unusual as a saxophone trio record with bass and drums, but no chordal instrument.

Rollins, from New York, was joined by Ray Brown and Shelley Manne, neither of whom he had played with before, as they recorded through the night in Los Angeles.

Sonny is at his imaginative best, the sparse instrumentation allowing for more harmonic room in his motivic improvisations.

The front cover features an iconic photograph of the saxophonist dressed as a cowboy, and this is something of a theme throughout the album: it includes ‘I’m an Old Cowhand (from the Rio Grande)’, ‘Wagon Wheels’ and the title track – ‘Way Out West‘ – which is composed by Sonny Rollins himself.

He would work with the trio format again later that year on A Night At The Village Vanguard. 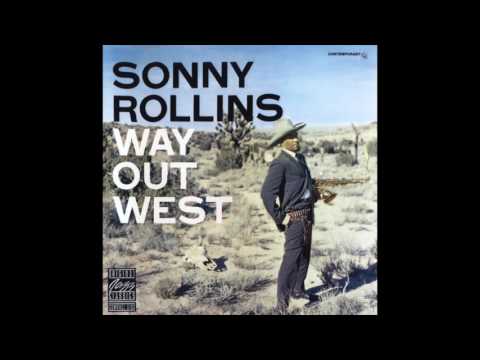 Ahmad Jamal – At the Pershing: But Not For Me

The focus of this trio, rather than linear improvisation, is intricate arrangements spotlighting bassist Israel Crosby, and funky vamps that often dissect the song forms.

The success of this 1958 live recording allowed Jamal to open his own jazz club, The Alhambra.

Jimmy Giuffre played clarinet, multiple saxophones and worked extensively as a composer and arranger. In the late 1950s he led a trio with guitarist Jim Hall and bassist Ralph Peña (later replaced by Jim Atlas, then valve trombonist Bob Brookmeyer), which played a distinctive sort of folky chamber jazz.

His second drummer-less band, heard on Thesis, featured the Ornette Coleman-inspired pianist Paul Bley, and bassist Steve Swallow, who would both go on to be major bandleaders themselves.

Although their recordings barely sold at the time, the Giuffre trio has since come to be recognised as a highly important group in the development of jazz, and particularly influential upon the left-field jazz that was to come from northern Europe in the following decades.

In fact, ECM Records remastered and re-released this in 1992, along with the trio’s other 1961 recording, Fusion. 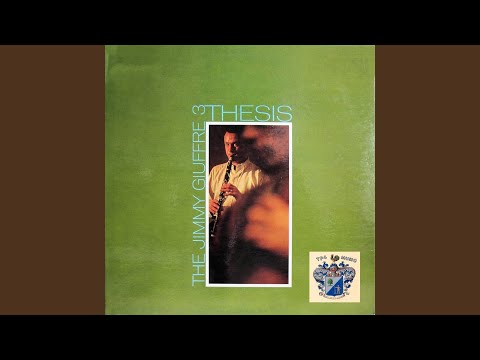 The Bill Evans trio,  with bassist Scott LaFaro and drummer Paul Motian, broke new ground in jazz as, where previous groups had featured the pianist very much at the forefront, here the three musicians played almost as equals, in a highly conversational, interactive fashion.

In particular, LaFaro’s bass playing is more broken, varied and soloistic in comparison to his peers, who would traditionally stick largely to walking bass lines whilst accompanying a soloist.

Recorded live at the Village Vanguard in 1961, Waltz for Debby is a masterclass in introspective group interplay that builds upon the trio’s two previous studio albums, Portrait in Jazz and Explorations.

Tragically, LaFaro was killed in a car crash a mere 10 days after the recording; another record of material from the same concert, Sunday at the Village Vanguard, was released with a special focus on the bassist’s contributions.

Oscar Peterson is remembered as one of the most impressive technicians at the piano that jazz has ever seen.

Previously, the Canadian had led a Nat Cole-style trio with Ray Brown on double bass and Barney Kessell, then Herb Ellis, on guitar. But by the time he recorded his most popular album in 1962, the guitar had been replaced in the trio by drummer Ed Thigpen, who was known for his sensitive brush work, to create a classic rhythm section unit with Brown.

Beginning with two blues tunes and ending with the gospel-tinged ‘Hymn To Freedom’, Night Train is highly swinging and accessible, with fairly short track lengths, making it a perfect introduction for newcomers to jazz.

During the 1960s soulful gospel influences were added to the dominant hard bop sound to create soul jazz, which often utilised the bluesy Hammond organ.

Tony Williams, who had originally made his name with Second Great Miles Davis Quintet, took what on paper appears to be a standard soul jazz organ trio, but instead created a pioneering fusion work that was heavily influenced by the new sounds of jazz-rock.

Emergency features Larry Young, who had played on earlier, more traditional organ trio records like Grant Green’s Talkin’ About, and guitarist John McLaughlin, who would soon record In a Silent Way and Bitches Brew with Miles Davis, and form his own Mahavishnu Orchestra.

The tradition of the guitar-bass-drums trio had been developed during the 1950s and ‘60s on classic records like Barney Kessell’s Pollwinners series, Kenny Burrell’s A Night at the Vanguard and Grant Green’s Green Street.

But in 1975 a 21-year-old Pat Metheny revolutionised the format with a set for ECM that is considered one of the most accomplished debuts in jazz history.

While the classic guitar trio uses double bass, this was the first major recording of the great electric bassist Jaco Pastorius, and Metheny is heard on both six and 12-string guitars.

He has recorded a number of other jazz trio albums with varying personnel, including 1989’s Question and Answer, with Dave Holland (featured here in our list of best jazz bassists in history) and Roy Haynes (on our list of great jazz drummers).

Building upon the legacy of Ornette Coleman’s free jazz innovations of the early ‘60s, Albert Ayler emerged with a honking, primal tenor saxophone sound that is unlike anyone else’s.

He received little recognition during his lifetime, but Spiritual Unity has proved highly influential, particularly upon styles like European improv and noise rock.

Although this style isn’t exactly renowned as an easy listen, the anthemic, hymn-like ‘Ghosts’ is surprisingly catchy. 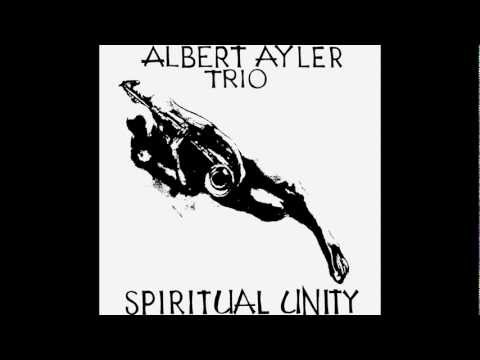 After initially attracting attention for his work as a sideman with Charles Lloyd and Miles Davis, Jarrett spent most of the 1970s playing original music with two contrasting groups – his ‘American’ and ‘European’ quartets – as well as producing The Köln Concert, the best selling jazz piano album of all time.

In 1983, on the suggestion of ECM boss Manfred Eicher, he opted for a new direction, assembling a trio with bassist Gary Peacock and drummer Jack DeJohnette that would explore jazz standards repertoire.

With no pre-planned arrangements, the idea was to play simple, familiar material – often making use of some of the most famous songs in jazz – allowing Jarrett’s pianistic brilliance and the trio’s highly evolved group interplay to come to the fore.

The unit remained true to this format – with occasional forays into original tunes and free improvisation – for over 30 years until they disbanded in 2014.

Thanks for reading! As with all our ‘best of’ lists, we’re adding more regularly and are open to suggestions from you, in the comments section! Of course, it’s a highly personal exercise and one that every jazz fan will have a different opinion on… but at least it reminds us of all the great jazz trio albums out there!