10 of The Best Sonny Rollins Albums in Jazz History 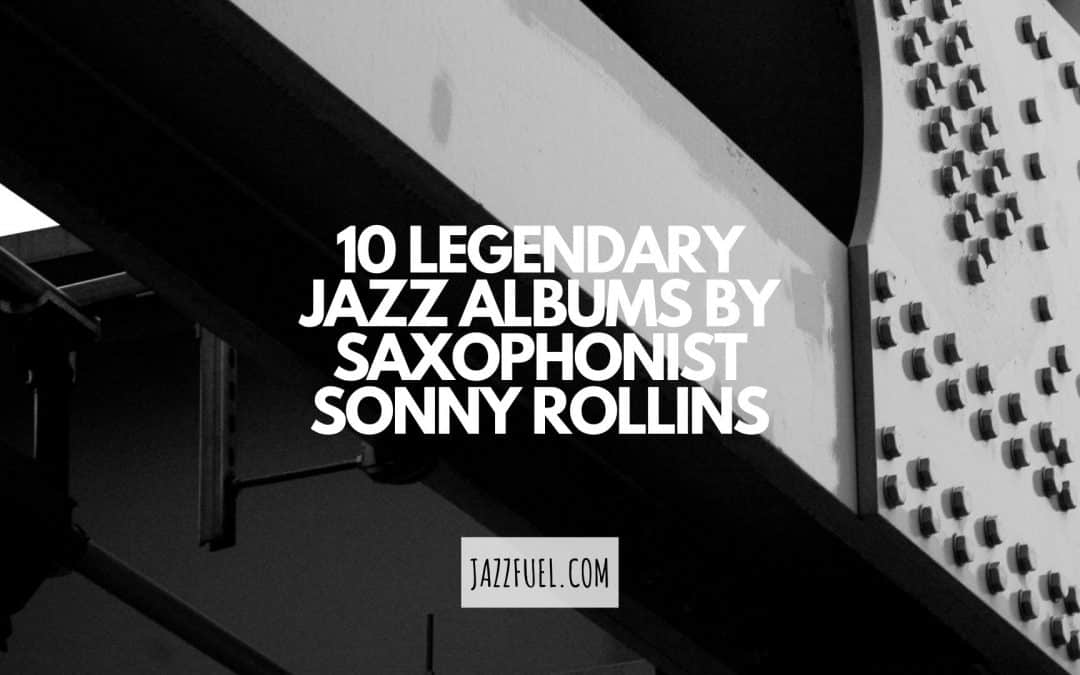 If you’re making a list of the best jazz saxophonists of all time, you won’t get very far before the name Sonny Rollins gets added.

As part of our series looking at the jazz greats, we’ve picked 10 albums from his epic career that highlight the journey of this remarkable musician.

Nicknamed ‘Newk’ on account of his resemblance to baseball player Don Newcombe, Sonny Rollins has been rightly hailed as one of the most important jazz musicians of the twentieth century.

Throughout the ’40s and ’50s he made seminal recordings as a sideman to Bud Powell, Miles Davis, Thelonious Monk and the Clifford Brown/Max Roach Quintet. His solos would often showcase thematic development, unusual at a time when long bebop lines were in vogue.

Rollins is well-known as a composer, and tunes such as ‘Doxy’, ‘Oleo’, ‘St. Thomas’ and ‘Airegin’ have been firmly on the jazz standards list for decades.

His career has been interrupted by short breaks – one between 1959 and 1961, another from 1969–1971 – due to a dissatisfaction with his abilities, and which he used to reinvent himself.

With a back catalogue of over sixty albums as bandleader, it’s difficult to know where to begin, but we’ve put together ten of the most influential Sonny Rollins albums of all time to get you started. 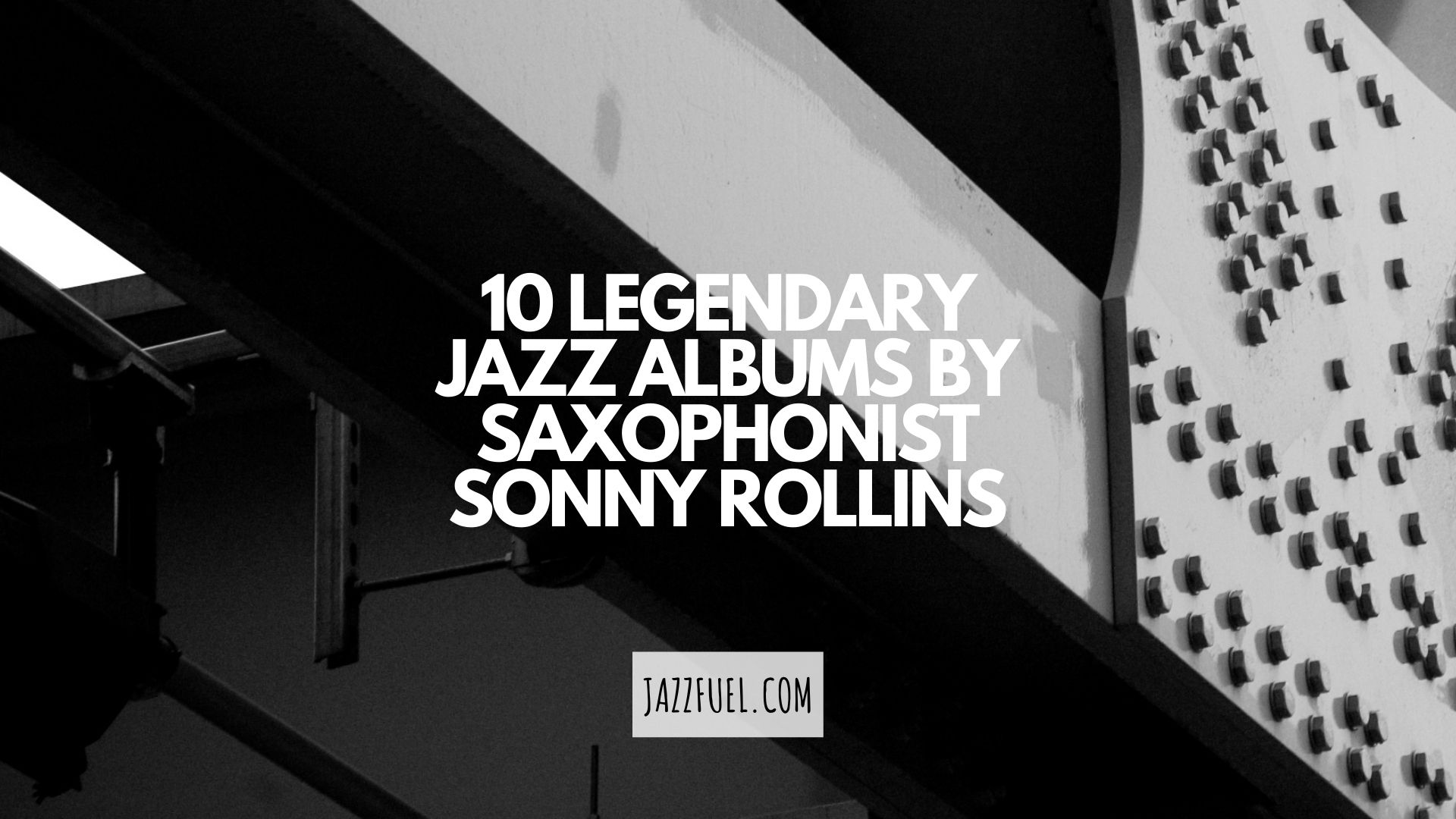 This is a compilation of some of Sonny Rollins’ early sessions as a leader. Four tracks feature the MJQ, with the rest of the album given over to quartet line-ups.

Included are a mixture of standards and some pieces authored by the saxophonist, including the Latin American-influenced ‘Mambo Bounce’.

This is a fine example of the hard-bop fashions of the time, and Rollins strikes a balance between melodic phrasing and bebop lines with a heavyweight tone and rhythmic acuity.

Considered by many to be the record which established Sonny Rollins as a jazz star, the name of this album makes no false promises as the playing here is indeed larger than life.

Notable performances are ‘St. Thomas’, a reworking of a traditional calypso, and ‘Blue 7’, which contains a solo of such intricate motivic development that composer and theorist Gunther Schuller was moved to publish an in-depth analysis of its architecture.

The record swings hard throughout but does not compromise on range of expression. A playful rendition of ‘Mack The Knife’ (here titled ‘Moritat’) contrasts excellently with dexterity and nervous energy in ‘Strode Rode’.

In the ’50s, the harmony player of a jazz group (such as the pianist) would sometimes ‘stroll’, or rather drop out for a few choruses and leave the soloist to play with the drums and bass.

This device not only creates interest by changing the instrumentation of the music but also builds up tension which is released when he re-enters.

Way Out West employs this ‘strolling’ technique for an entire session, and the listener immediately notices two things: the saxophone and bass play in counterpoint, their two lines playing off of one another in a way impossible with a chordal instrument; and there is more room for interplay with the drums.

This album is the first of many saxophone-bass-drum trio recordings Sonny Rollins made, and the effect is heightened by the stereo placement of saxophone and bass in opposing ears.

Later in 1957 Rollins chose to document his first live recorded performance as bandleader with a saxophone trio, fellow musicians here being Wilbur Ware and Elvin Jones. He didn’t have a regular group at the time and was constantly altering his ensembles.

It is instructive to compare this collection to the clean and regular accompaniment of Ray Brown and Shelly Manne on Way Out West: Ware and Jones provide a denser and more emphatic backdrop, and the raw, loose approach is exciting and anarchic.

Another in the saxophone-trio format, this album is a protest of racial injustice.

Together with Oscar Pettiford on bass and fellow civil rights activist Max Roach, the music straddles the line between jazz tradition and avant-garde.

The title track is a suite of movements which takes up one whole side of the LP and is supplemented by a selection of Broadway and Tin Pan Alley tunes. The music is interactive and responsive, the ever-experimenting Roach playing as melodically as the saxophone and bass.

This recording is also of note as one of Oscar Pettiford’s last projects, as later that year he moved to Europe where he died in 1960.

Ever his own harshest critic, Rollins felt his fame was outstripping his musicianship and decided to exile himself from the jazz scene to work on his craft.

In order to avoid disturbing his neighbours by working in his apartment, Rollins would practise on the nearby Williamsburg Bridge whatever the weather. This recording is both a result of and dedication to this time alone.

More a consolidation than a reinvention, The Bridge came at a time when the jazz world was being reshaped by some of the now-most legendary jazz albums of all time: Miles Davis’ Kind of Blue, John Coltrane’s Giant Steps and Ornette Coleman’s The Shape of Jazz to Come.

It was seen by many critics to be a strangely conservative offering from an artist at the cutting edge of so much of the ’50s.

Whatever was commented upon its release, the solo and ensemble work is hard to fault. The headroom Rollins had gained by two years of woodshedding allows for extra gears and easy execution of complex ideas. 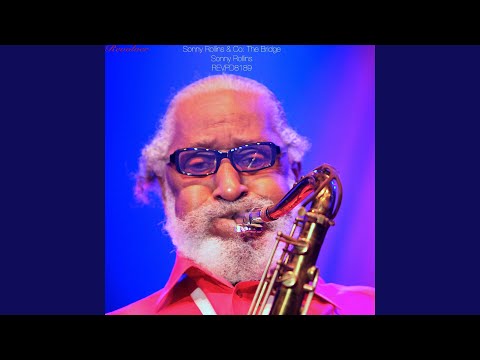 If The Bridge was deemed to be disappointingly unradical, Our Man in Jazz, recorded live later that year, indicates a change in direction.

This is a collaboration with Ornette Coleman-veterans Don Cherry on pocket trumpet and Billy Higgins on drums, as well as Bob Cranshaw on bass.

The group dives deep into lengthy improvisations over standard forms with introductions reminiscent of free jazz.

Sonny Rollins provides oblique harmonisations of and interjections to Don Cherry’s playing, while his own solos are full of gestural phrases.

The last album made before Rollins’ second sabbatical, East Broadway Run Down sees the saxophone great teamed up with Elvin Jones on drums and Jimmy Garrison on bass, with Freddie Hubbard joining on trumpet for the first number.

As on Our Man in Jazz, the soloing is expansive and dramatic. It is also a culmination of a growing incorporation of noise elements which characterised his ’60s releases. 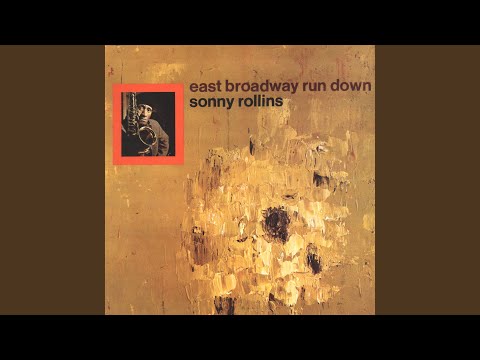 In 1969 Sonny Rollins once again retreated from public life and took the time to continue his interests in yoga and Eastern philosophies.

On his return, he had changed and developed.

The first half of Next Album reflects a growing trend in the jazz world towards electric instruments and R&B styles, with the rest of the tracks exploring modal and Caribbean influences in an acoustic context.

At the end of the disc is an unaccompanied rendering of ‘Skylark’.

This would prove to be an early example of a growing inclination towards solo playing which would see him perform alone many times on concerts throughout the next decades, and even release The Solo Album (1985), a live concert given at the Museum of Modern Art in New York City.

Since the ’70s, Sonny Rollins has continued to play live, shunning smaller and more intimate venues in favour of concerts halls and festival stages.

As with many of his contemporaries, institutions have recognised his contributions by bestowing awards and decorations, and every few years he has released an album which documents his progression.

Over his seven-decade career, Rollins has seen it all and This Is What I Do is an expression of an artist at peace with himself.

Long-time companion Bob Cranshaw joins him on a variety of tunes which includes a standard, a calypso, forgotten numbers from old Hollywood films and three originals.

Due to ill health, Sonny Rollins is no longer playing in public, although he retains a public image – he has even guested on The Simpsons, widely known to be the ultimate acknowledgement of a household name.

Every so often his wisdom is captured in an interview, and his legendary status in the jazz community will persist for many years to come…