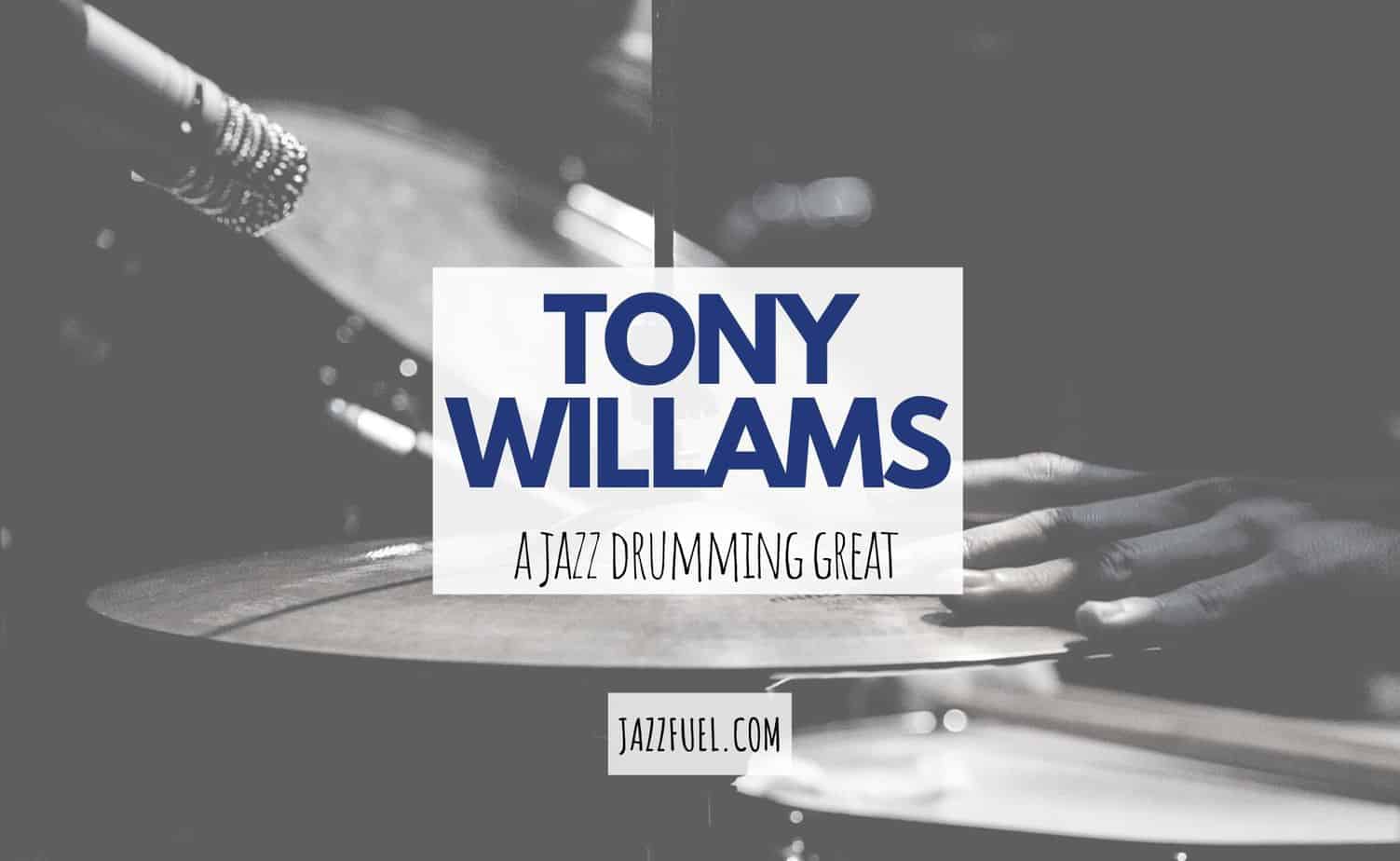 Tony Williams is remembered as one of the greatest jazz drummers, as well as one of the most stunning prodigies, in the history of the music. In this article, we’ve picked 10 key moments from his career.

He may be best known for his explosive early work with Miles Davis, but Williams made important contributions to numerous other forward-thinking records during the 1960s, before becoming a pioneering jazz fusion bandleader himself.

Whilst he never abandoned his swinging roots, collaborations with high profile rock stars have helped ensure that his influence on the drums extends far beyond the world of jazz.

So, in approximately chronological order, here are ten key moments from the life and career of legendary jazz drummer Tony Williams.

Anthony Tillmon Williams was born on 12 December 1945 in Chicago, but grew up in Boston, where he showed promise in his drum lessons with Alan Dawson from an early age.

Dawson played with the likes of Dave Brubeck, Sonny Rollins, Lee Konitz and countless others, and would go on to become a legendary teacher at Berklee College of Music, where a number of other great players would come under his tutelage.

Williams began playing at jam sessions and sitting in on gigs around Boston and in 1959, aged just 13, began to play professionally with the great tenor and soprano saxophonist Sam Rivers.

Williams is often thought of as a modernistic player, but he spent these early years playing with a wide range of musicians, practising the fundamentals, and studying the history of jazz:

“When I was a kid, I would buy every record I could find with Max Roach on it and then I would play exactly what he played on the record – solos and everything. I also did that with drummers like Art Blakey, Philly Joe Jones, Jimmy Cobb, Roy Haynes and all the drummers I admired.

People try to get into drums today, and after a year they’re working on their own style. You must first spend a long time doing everything that the great drummers do. Not only do you learn how to play something, but you also learn why it was played.”

Aged 16, Williams was hired by Jackie McLean, and in 1962, having just turned 17, he moved to New York, the undisputed epicentre of jazz.

With the alto saxophonist he recorded Vertigo and One Step Beyond. Another early recording, also on Blue Note Records, was Kenny Dorham’s brilliant latin-tinged hard bop of Una Mas, from 1963.

Miles Davis: the ’64 Concert and the Second Great Quintet

Tony Williams was still 17 when Miles Davis heard him playing with McLean. The trumpeter was instantly impressed:

“Man, just hearing that little motherfucker made me excited all over again. Trumpet players love to play with great drummers and I could definitely hear right away that this was going to be one of the baddest motherfuckers who had ever played a set of drums. Tony was my first choice.”

Along with Herbie Hancock on piano, Ron Carter on bass and initially George Coleman on tenor saxophone, Miles’ new band recorded Seven Steps To Heaven (1963) and The Complete Concert (1964), which is particularly highly regarded.

Hancock, Carter and Williams apply clever interplay and metric modulations to a programme of old standards: this live set is a good example of why they are credited with having reinvented the role of the rhythm section in jazz.

On their studio albums, Miles’ Second Great Quintet, now with Wayne Shorter on tenor saxophone in place of Coleman, explored new musical territory that was informed by both the nascent free jazz scene and the new harmonic approach of modal jazz.

Albums like E.S.P, Nefertiti and Miles Smiles spotlight Williams’ drumming, which is loose and exciting; freer than his predecessors, but still highly swinging.

British drummer Moses Boyd talks about this in an interview for Classic Album Sundays:

“My drummer ear was hearing what Tony Williams is doing and I’m like wait, he’s not even trying to keep everyone in time and yet it’s still in time. So the role has changed for the drummer now, you can be more colourful.

Prior to that the drummer’s role was to keep everybody together, but he’s floating across the rhythms and making very impressionistic and colourful and yet the other members have it.

It signalled a very interesting shift in rhythm section responsibility. Before that it was ‘drums do this’ and Tony comes along and says ‘nope.'” 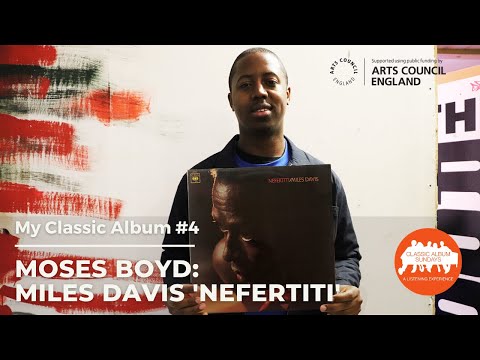 Other 1960s albums: sideman and bandleader

TWilliams continued to play freelance record dates throughout the 1960s, and many of the resulting albums are now considered classics.

In 1964 alone he appeared on Eric Dolphy’s Out To Lunch, Andrew Hill’s Point of Departure and his old Boston mentor Sam Rivers’ Fuchsia Swing Song: all three are important documents of the ‘60s Avant garde movement. 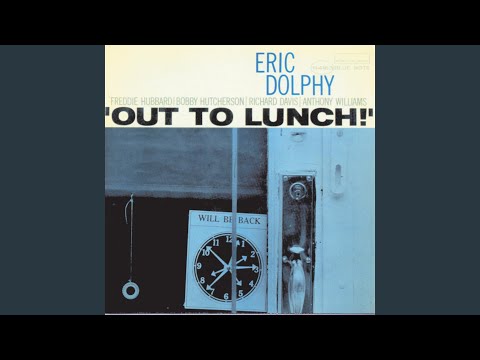 The following year he recorded Herbie Hancock’s nautical-themed Maiden Voyage, which is widely regarded as one of the greatest jazz albums ever.

Williams also made his debut as a bandleader: 1964’s Life Time and the following year’s Spring are both entirely composed of his compositions, and are quite left-field in outlook, with a strong free jazz flavour.

In 1969 Williams appeared on Miles Davis’ seminal In a Silent Way, as major jazz musicians began to experiment with electric instrumentation.

That same year the drummer, with his new band Lifetime, took what on paper appears to be a standard soul jazz organ trio, but instead created a pioneering fusion work that was heavily influenced by the new sounds of jazz-rock.

Emergency features Larry Young, who had played on earlier, more traditional organ trio records like Grant Green’s Talkin’ About, and guitarist John McLaughlin, who would form his own Mahavishnu Orchestra after important electric Miles Davis collaborations.

Holdsworth had played with prog rock bands like Soft Machine, while Pasqua and Newton were veteran session musicians. Now signed to Columbia Records, they released Believe It to positive reviews.

The funky rock of the band’s follow up release Million Dollar Legs, now with Newton on vocals as well as bass, was less well received, although Robert Taylor may be a little harsh in calling it an “embarrassing recording” in his review for All Music.

Williams continued to record as a bandleader alongside his sideman work for the rest of his career.

V.S.O.P and Williams’ return to straight ahead jazz

1976 saw the formation V.S.O.P, a band which was essentially a reunion of the 1960s Miles Davis Quintet, but with Freddie Hubbard in the trumpet chair instead of Davis, who was in the midst of a hiatus from playing at the time.

This marked something of a return to straight ahead acoustic jazz for Williams, as the quintet played classic ‘60s material by the band members, although his drumming is now marked, unsurprisingly, by rockier influences.

Listening to the V.S.O.P version of ‘Maiden Voyage’, compared to the original Hancock recording, for example, makes for an interesting comparison.

In the mid-1970s Williams also began playing with The Great Jazz Trio, an acoustic standards-based group with Ron Carter and Hank Jones, the great pianist who was very much rooted in the classic swing-to-bop tradition.

For the 1979 Havana Jam Festival in Cuba, Columbia Records brought together a fusion super group. With Williams and guitarist John McLaughlin joined by electric bass legend Jaco Pastorius, the Trio of Doom was born.

Ernesto Juan Castellano’s documentary film Havana Jam ’79 captures the band’s sole live performance. The trio took to a studio shortly afterwards, but sadly the group was short-lived, as arguments broke out between Williams and Pastorius.

“After the Havana Jam, we went in the studio and we recorded more music, but again there was a fight. Both were beautiful guys but very temperamental. Artists with temperament.” John McLaughlin 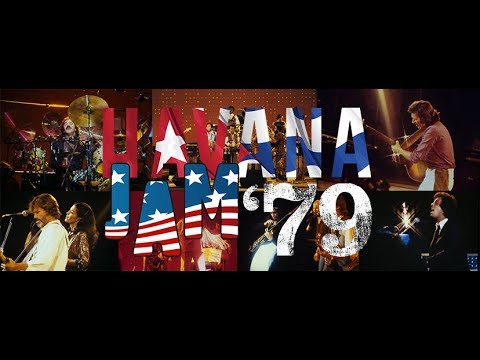 In 1985 Williams made an unlikely appearance on Album by the rock group Public Image Ltd, which was led by John Lydon, who is best known as lead vocalist for punk band the Sex Pistols. Williams shared the drum chair with legendary British rocker Ginger Baker, of progressive rock outfit Cream.

Collaborations like this ensure that Williams’ influence extends far beyond the jazz world, and he is better known amongst the wider drumming community than some of his more ‘purist’ peers.

Tony Williams: a mentor to the next generation

He focused on recording his own compositions: he had long wanted to receive the same kind of recognition for his writing and all-round musicianship that he had for his technical abilities as a drummer.

He also played as a kind of star sideman on a number of younger players’ albums, like Branford Marsalis’ Renaissance (1987), Michel Petrucciani’s Marvellous (1994) and Geri Allen’s Twenty One (1994).

He had been living and teaching in the San Francisco Bay Area when, tragically, he died from a heart attack following routine gall bladder surgery in 1997. He was just 51.

“He was beautiful, absolutely beautiful… Serious, challenging. You know, he had an edge to him, personally and in his work. An edge, like he wasn’t afraid to try things. What he played, it’s unexplainable in words.” Max Roach

Thanks for checking out this quick journey through the life and career of the jazz drumming great Tony Williams – hope it lead you to some (re)discoveries from his amazing back catalogue!

If you’re looking for more content on jazz drummers, you can head over to our round up of some of the best jazz drummers of all time here.