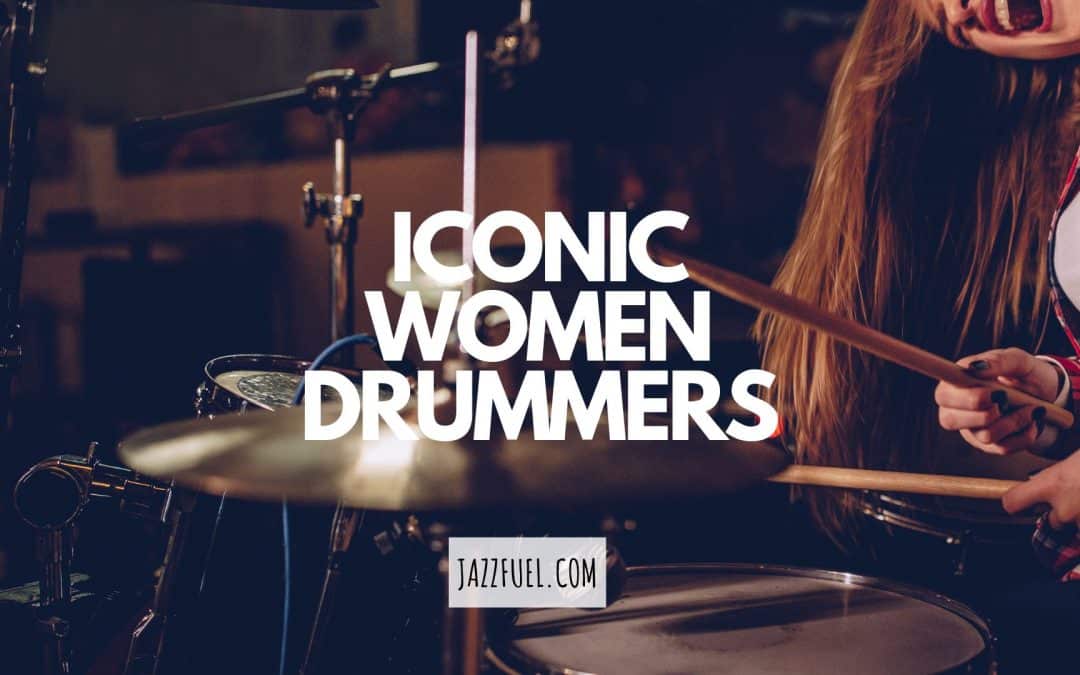 Women in jazz may have been under-represented in the history books, but things are quite rightly changing. In this article, writer Isabel Marquez highlights a selection of the best female drummers, both from past eras and the modern jazz scene.

Of course, the list could go on, so feel free to use the comments section at the end!

The drums are one of the main instruments that exist under clear gender stereotypes and categorization.

Compared to the number of women who take up the drums, the sheer number of their male counterparts is overwhelming.

Simply typing ‘Drummers’ into Google will generate a long list of male musicians, with less regard for the great female drummers that have helped change the game throughout jazz history.

Whether it’s the lack of role models who are women or the categorization of the drums as a ‘masculine’ instrument, woman drummers are in the minority.

This is hopefully on the mend, with more and more women drummers coming onto the scene with their own rhythmic twist on the music.

This list will venture through just a handful of those leading the charge for equality in the drumming world.

Terri Lyne Carrington is known as one of the most influential women in jazz, courtesy of her impressive career, collaborating with jazz luminaries such as Herbie Hancock, Wayne Shorter, Stan Getz, and David Sanborn, to name a few.

Regarded as one of the best jazz drummers of all time, Carrington studied under a full scholarship at Berklee College of Music and soon became much in demand after moving to New York in 1983.

Over the next few decades, she collaborated with some incredible names, like Pharoah Sanders and James Moody, and found herself drumming on the Quincy Jones Late Night TV Show.

She released her first CD ‘Real Life Story’ in 1989, which was soon nominated for a GRAMMY. This began her collaborative career, working with multiple musicians at once to create incredible music, transforming the sound of modern jazz altogether. 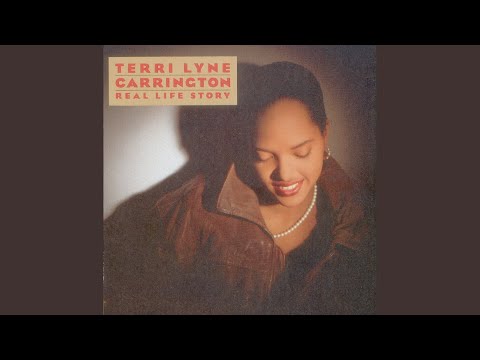 Carrington was also commissioned to compose a song for the 1996 Olympic Games in Atlanta; the result was ‘Always Reach for Your Dreams’ (ft. Peabo Bryson.)

In 2011, Carrington created the MOSAIC Project, which was a 14-song set featuring some of the most prominent women in jazz (Esperanza Spalding, Diane Reeves, Sheila E. Geri Allen’). This project became a profound celebration of her work as a woman in jazz and other musicians alike.

The late Viola Smith was a pioneering swing and big band drummer in the first half of the 20th century.

She was hailed in the 1930s as the “fastest girl drummer in the world” and credited with forging a path for women on a traditionally male instrument.

Smith was known for sitting behind a giant drum kit that included two large bass drums and multiple tom toms surrounding her.

Growing up in Wisconsin, she took up drumming as a teen when her father put together a group, featuring his eight daughters, called The Schmitz Sisters Family Orchestra.

The band suddenly found themselves more in demand and drawing from this success, Smith formed another all-female orchestra, The Coquettes.

When men started to be drafted to war and women began to work in the factories, Viola wrote an article for Down Beat Magazine that is still referred to, to this day, arguing for the inclusion of women in big bands: ‘Give Girl Musicians a Break!’

A glittering career saw her perform with icons like vocalist Ella Fitzgerald, and even play at the inauguration of president, Harry Truman in 1933.

An iconic female drummer, Viola Smith truly helped transform the path for woman playing this instrument with her prominent and charismatic performance style.

Kayser is a prolific drummer who has recently found herself in demand, with recently announced endorsement deals from Paiste Cymbals and Natal Drums.

She has become a distinct musical personality within the London jazz scene, winning the Jazz FM Breakthrough Act and the Parliamentary Jazz Newcomer Award in 2021.

Kayser studied under Terri Lyne Carrington, Danilo Perez, and Ralph Peterson at Berklee College of Music, providing her with the skills and knowledge to become one of the go-to drummers in London.

Equally in-demand as a side-musician, she has worked with many of the UK’s new generation of jazz musicians including Jorja Smith, Alfa Mist, Poppy Ajudha, Nubya Garcia, Ashley Henry and Ralph Peterson’s Big Band.

In 2022 she released her newest album on Jazz Re:freshed’s 5ive series, ‘JAS 5IVE’, exploring themes of identity and family along with a distinct jazz-fusion sound. 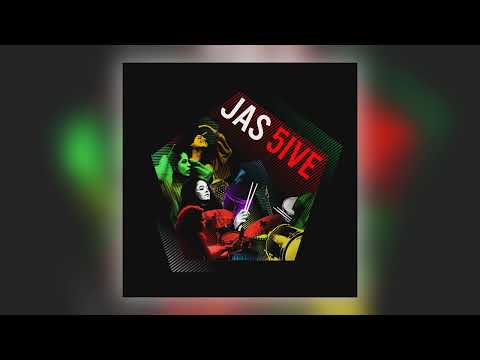 A virtuoso performer whose musicianship spans the genres of rock and jazz, Cindy Blackman is one of the most well-known drummers in the business.

She started her career as a busking street performer in New York City in the 1980s, and now stands as a critically acclaimed performer who has toured and collaborated with countless musicians, including Pharoah Sanders, Cassandra Wilson, Joe Henderson, and Lenny Kravitz.

In 2010, she was enlisted to play in the all-star tribute to Miles Davis’ revolutionary jazz-fusion album ‘Bitches Brew’.

Blackman went on to play for Santana and, after marrying the lead guitarist Carlos Santana in 2010, they artistically collaborated on various eclectic projects.

Blackman’s progressive take on the jazz-rock fusion genre has taken her to the top of her field, known worldwide for her explorative musicality and genre-bending ideas.

One of the first African American female drummers was Pauline Braddy, who rose to international fame in the 1940s.

She attended Piney Woods school in Mississippi, and from this grew the first integrated all-female band in history, The International Sweethearts of Rhythm.

Braddy left the Sweethearts when she was 33, moving on to play and tour with numerous other jazz ensembles and musicians throughout the 1960s. She soon became known as the ‘Queen of the Drums’ and was appreciated for her incredible musicianship.

In her trademark song, ‘Drum Fantasy’, she would dip her sticks into fluorescent paint and with the aid of black light and gloves, she would create a colourful spectacle.

Her charisma and artistry cannot be underestimated, as she paved the way for an integrated global jazz scene.

Known for her versatility, groove and style across both jazz and other genres, drummer Migdalia Van Der Hoven was named Mexico’s ‘Woman of the Year’ for arts and culture and is the current UK Ambassador for the Hit Like a Girl contest.

Her project ‘The Migdalia Van Der Hoven Quartet’ focuses on music within the jazz fusion sector of the wider genre and spawned an EP entitled ‘Girl Facing South’.

Active on a the UK scene where she is now based, her latestb album ‘Point of Departure’ was recorded live at iconic London recording studio Abbey Road.

She has worked on projects with Women in Jazz, Women in Jazz Media and the BBC and, alongside her performing, works with these organisations to support young women through scholarships to continue their studies in jazz.

Best known for her work on the free and avant-garde jazz scene, drummer Billie Davies brings a wide range of improvisational drumming techniques to the stage.

Starting out in Europe in the early 1980s, she later received the Max Roach talent grant to study at Berklee College of Music in Boston.

Her 2012 release ‘All About Love’ was a big milestone in her career, seeing her win a slew of awards including Jazz Artist of the Year Award at the Los Angeles Music Awards.

Davies continued to record multiple albums and became more interested in writing experimental electronic music, such as her 2021 suite of music ‘No Boundaries’, which studied the concept of creating music for the 24th century.

Originally hailed as a modern jazz icon in the making, Allison Miller’s contributions and achievements as a ‘queer, feminist jazz drummer’ are endless.

Based in New York, Miller’s career as a drummer began as a pre-teen and, by the early 90s, she was featured in Downbeat Magazine’s ‘Up and Coming’ before hitting her 20th birthday.

There was a time in her career when she felt silenced by the scene around her, leading her to write an essay for the Huffington Post in 2013 entitled ‘You Don’t Play Like a Girl: Queer in a Jazz World.’ 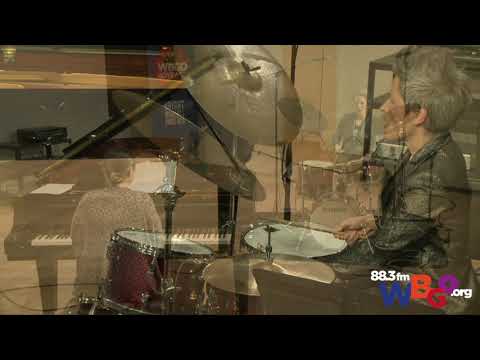 Looking for more reading on this instrument? Check out our drum homepage here.

Looking for more articles on iconic women in jazz? Check out our round up of some essential female trumpet players here or legendary female jazz pianists here.