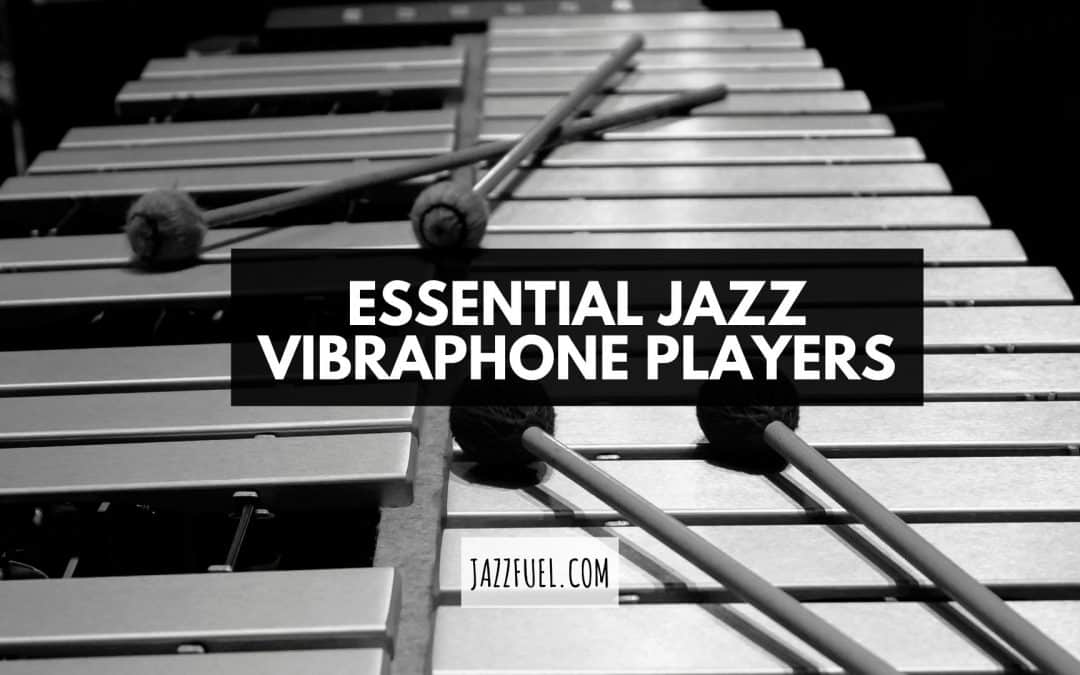 Whilst not as widely-used as some of its fellow jazz instruments, the vibraphone has a highly distinctive sound which has added magic to a small but highly select group of jazz albums over the years.

In this article, we’re taking a look at some of the most famous jazz vibraphone players in history and some of their most essential recordings to add to your discography.

Stay tuned for some good vibes!

Born in 1908, Red Norvo was one of the early pioneers of using tuned percussion as a jazz instrument, forging a reputation as “Mr Swing” for his vibraphone, xylophone and marimba playing.

Emerging on the Chicago jazz scene in the 1920s, he played with many of the established bandleaders of the day, including Clarinetist Benny Goodman, Paul Whiteman and Woody Herman.

Whilst remembered for the swinging style which also saw him work with singers like Frank Sinatra, Dinah Shore and Billie Holiday, he was a truly forward thinking musician; an early 30s recording session saw him record an early example of chamber jazz, whilst he engaged rising star bebop musicians Charlie Parker and Dizzy Gillespie a decade later. 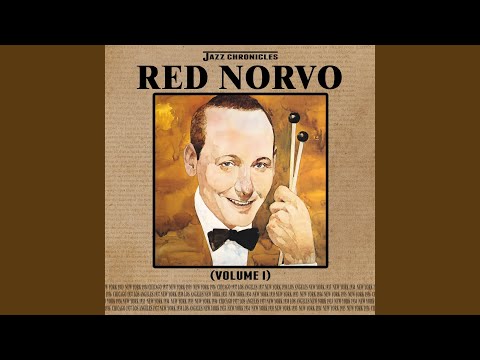 Emerging onto the American jazz scene in the 60s, fresh out of d Berklee College of Music, Gary Burton is arguably the preeminent jazz vibraphonist of the modern era.

A long-time music educator, he favoured the 4-mallet style of playing (and the eponymous ‘Burton Grip’), moving on from the simpler 2-mallet style of previous generations to an almost piano-like ability.

Caught between the classic jazz era of the 50s and 60s and what we’d now call the contemporary jazz scene, he toured with many greats from both ends of the spectrum; George Shearing and Stan Getz in the early days, through to players like Antonio Sanchez, Julian Lage and Scott Colley.

Technique aside, he was a leading voice in the jazz fusion scene alongside Larry Coryell and won no less than 7 Grammy awards.

Born in Detroit in 1923, jazz vibraphonist Milt Jackson emerged with perfect timing onto first the mid-40s bebop scene, then the following hard-bop and cooler styles.

He was hired by Dizzy Gillespie in his early 20s and went on to play with many greats of that era, including Thelonious Monk.

Despite his impact on this radical new way of playing and improvising, he will always be remembered for what came next: the formation of the Modern Jazz Quartet (1952) alongside pianist John Lewis, bassist Ray Brown and drummer Kenny Clarke.

The group brought together the various stylings of their founders, mixing blues and swing with more intricate jazz harmony, and would tour (including reunions) through to the 1990s.

As a jazz composer, his lasting legacy is the song “Bags’ Groove” which was originally recorded with his group The Milt Jackson Quintet featuring a young Miles Davis, and which has been covered by countless other jazz musicians since.

It’s hard to find a jazz vibraphonist who doesn’t count Lionel Hampton as one of the main reasons they discovered the instrument.

Born in Kentucky in 1908 and spending his formative years in Chicago where he established himself on the local scene as a jazz drummer before starting to seriously practice the vibraphone.

In a story replicated many times in jazz history, he learnt Louis Armstrong solos on the instrument and, when the trumpeter was in town in 1930 and heard him play, he hired him on the spot.

His profile (and that of the relatively new vibraphone) continued to grow throughout the 30s, with a long-running gig performing alongside Benny Goodman, Teddy Wilson & Gene Krupa.

Known for his hard-swinging style, it was perhaps inevitable that Hampton would go on to lead his own group; something he did in style throughout the 1940s and 50s with his own big band, the Lionel Hampton Orchestra.

In a career with an array of highlights, it’s his song Flying Home (recorded in various constellations and on different labels) for which the wider world will most likely remember him. 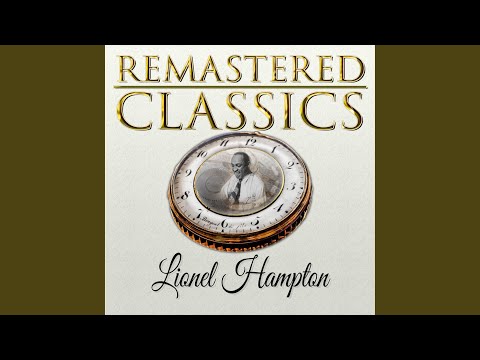 A hugely influential figure on modern jazz vibraphonists, Bobby Hutcherson was born in Los Angeles in 1941 and started working in the city by his late teens, with fellow jazz citizens such as Eric Dolphy and Charles Lloyd.

Hutcherson made his Blue Note Records debut in 1963, not long after relocating to New York City, launching one of the longest-running relationships in the label’s history.

It produced a discography influenced by hard bop, blues and more avant-garde playing along with a who’s who of the 1960s jazz scene; Chick Corea, McCoy Tyner, Grant Green, Joe Henderson, Lee Morgan and many more.

Hutcherson had moved back West by the end of the decade, but continued to record and tour internationally until his death in 2017.

American-born Latin jazz musician Cal Tjader was a true pioneer, bringing music from South America, the Caribbean and beyond to a mainstream jazz audience.

Whilst a student at San Francisco State in the late 1940s he met Dave Brubeck and Paul Desmond, with whom he recorded briefly with on drums.

A hugely versatile and creative percussionist, he taught himself vibraphone whilst a student and his work as a jazz vibraphonist become more prominent from the 1950s onwards.

The Cal Tjader Modern Mambo Quintet coincided perfectly with the mambo craze sweeping America and his concept of bringing together authentic musicians from both the jazz and ‘latin’ side of the spectrum was a hit.

Tjader signed with Verve in the 1960s and, under the watching eye of producer Creed Taylor, built an impressive collection of recordings which stretched right up to orchestral in scope.

Whilst this period was arguably his most prolific, Cal Tjader continued experimenting, recording and touring until his death in Manilla in 1982. 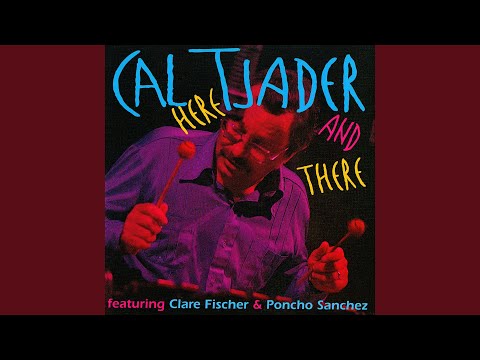 American jazz vibraphonist Joe Locke is one of the most well-known and in-demand modern performers on this instrument, with the Penguin Encyclopaedia of Jazz noting that “in the select group of contemporary vibes Locke has claims to head the list”

As with many vibraphone players, he started out on drums and piano, before fusing the two interests into tuned percussion.

Born in 1959, he burst onto the New York jazz scene in his early 20s, working with  legends such as Kenny Barron and Freddy Cole.

Over the following years, he’s carved out a reputation as both an in-demand sideman (Grover Washington Jr, Raul Midón, Cecil Taylor, Dianne Reeves, The Beastie Boys) and creative bandleader.

His own solo projects have spanned the spectrum from intimate duo (notably with long-standing collaborator Geoffrey Keezer) through to full orchestral works taking in both classical and jazz music.

As an educator, Locke is a faculty member of Manhattan School of Music and International Vibraphone Consultant at the Royal Academy Of Music in London. 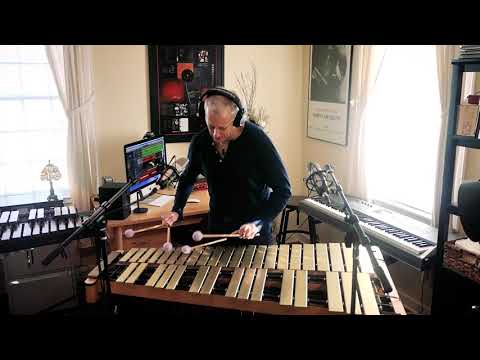 If you’re looking for more good vibes, there are of course many other great players we didn’t include on this list yet.

For a quick springboard, head to you listening platform of choice and check out Roy Ayers, Steve Nelson, Jason Marsalis, Stefon Harris and Chris Dingman.

For some of the best albums of all time which feature jazz vibraphone, head over to our round up of Hard Bop classics.