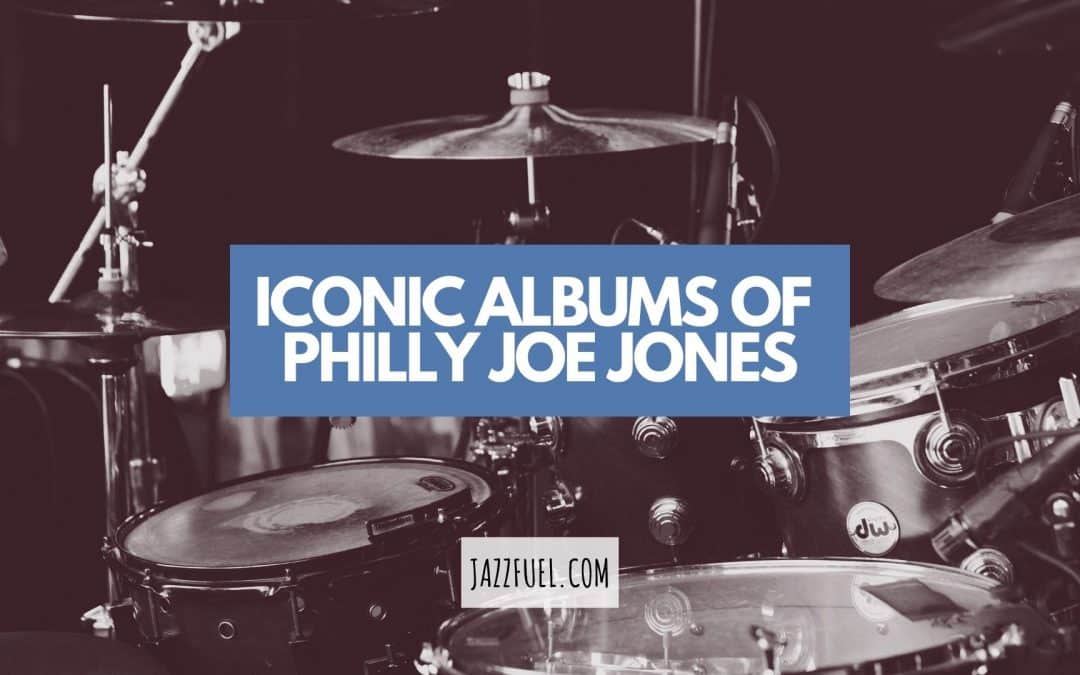 American jazz drummer Philly Joe Jones emerged onto the scene in the late 40s bebop era and was an integral part of Miles Davis‘ group for the following years.

In this article we take a look at 10 essential Philly Joe Jones albums to have in your discography.

American Jazz drummer Joseph Rudolph Jones born in Philadelphia in 1923, established himself as ‘Philly Joe Jones‘ a nickname given to him by clarinetist and band leader Tony Scott, to distinguish himself from his great predecessor and coincidentally named Papa Jo Jones.

The coincidences between these two greats do not stop at their names; they both grew up performing tap dancing as kids and both served in the military in the second world war.

Both drummers went on to establish the rhythm section standard in their own way – for Papa Jo Jones it was with the iconic Count Basie Orchestra from the 1930s to 40s, with Philly Joe Jones carrying the torch and continuing to evolve the role of the drum set throughout the 1950s and 60s.

In 1947 Philly Joe Jones landed a gig in the house band at Café Society in New York.

Here he played with some of the leading bebop players of the time, most notably Miles Davis. Him and Miles would travel the US and play in different cities with local musicians.

According to Philly Joe however, this became a drag as the local talent was not close to satisfactory. This led to Miles hiring pianist Red Garland from Texas and the virtuosic, then only 20-year-old Paul Chambers on bass.

John Coltrane also received an invitation to join this group that would become the classic Miles Davis Quintet. After their first gig Philly Joe commented, according to the Miles Davis autobiography: ”we’ve got musical telepathy here. We have five people who always know what’s going to happen next.”

Although Philly Joe Jones is most famous for his propulsive playing as part of the legendary Miles Davis Quintet, he boasts a long and varied career as a sideman with greats such as Bill Evans, Hank Mobley, Sonny Rollins, Freddie Hubbard and Dexter Gordon to name a few.

He also went on to produce more than 15 records as a leader later in his career however, most of his musical highlights are to be found in his golden era in the 1950s and 60s.

In this list we’ll take you through some of Philly Joe Jones greatest and most iconic work, as well as uncovering some of the hidden gems of his discography.

Workin’ is an album conceived from two recording sessions on May 11th and October 26th, 1956, that produced 4 albums: Workin’, Cookin’, Relaxin’ and Steamin’ with the Miles Davis Quintet – as a way of fulfilling a contractual obligation to the Prestige record label.

This resulted in music that is not only spontaneous and raw but captivating and heartfelt across the entire body of work.

For Philly Joe Jones, ‘Workin” is a real highlight that displays both his muscular and propulsive playing as well as some more delicate and melodic moments with brushes. 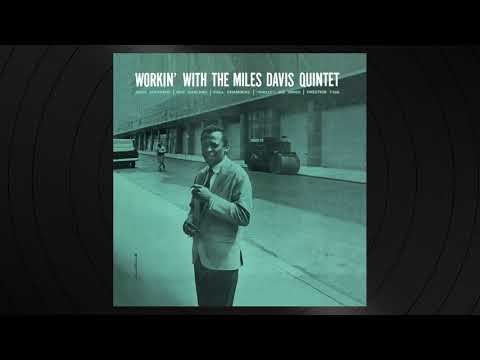 The first two tracks from ‘Workin’ ‘ exhibit this beautifully with the opener ‘It Never Entered My Mind’, a heartbreaking ballad with Red Garland‘s arpeggiated piano intro of which Philly Joe supports with intricate and elegant brush playing.

To follow this is the livelier track ‘Four’ that features an iconic drum intro. Listen out for how Philly Joe Jones propels this tune throughout and uses press rolls on the final head to sculpt and support this classic syncopated melody.

Philly Joe Jones‘ mastery of the drum kit is exemplified by his rudimentary lyricism when soloing.

His slick solo vocabulary has been studied and transcribed for years and years, as generations of jazz drummers aspire to match his fluid and propulsive playing.

‘The Philly Joe Jones Solo Book’ by Joerg Eckel is a staple of the jazz drumming community that features over 300 pages of Philly Joe‘s best work including 2 iconic solos from this album: ‘Milestones’.

The tunes ‘Billy Boy’ and ‘Two Bass Hit’ feature 2 of Philly Joe‘s most iconic solos surprisingly, recorded with only a 3-piece drum set and 1 ride cymbal, they sit right at the apex of Philly Joe‘s career and the hard-bop genre.

In the early 60s Bill Evans assembled a quintet of his favorite musicians at the time of each instrument, resulting in a hidden gem of an album the aptly named ‘Interplay’.

The drums sound crisp and tight here as Philly Joe commands the rhythm section throughout this feel good and swinging album.

A highlight is ‘I’ll Never Smile Again,’ with Philly Joe demonstrating his brilliant precise and idiosyncratic hi-hat playing to open the tune and later around the 3-minute mark as he supports Bill Evans‘ hard and bluesy soloing.

Listen out for some of Philly Joe‘s more spacious and abstract playing on the intro of the Cole Porter tune, ‘Night and Day.’ ‘Everybody Digs Bill Evans‘ highlights Philly Joe Jones‘ versatility and deep musical understanding on this major historically important record.

For example, ‘Soul Sister’ is extremely slow and spacious but a cool and swinging track, nonetheless. To follow this however, tempos begin to surge as Dexter Gordon dances above Philly Joe‘s sizzling swing time bringing his signature warm tone and supple, precise playing.

All round, this is a buoyant and heartwarming piece of work featuring an all-star quartet with Dexter Gordon (tenor saxophone), Kenny Drew (piano) and Paul Chambers (bass) and Philly Joe Jones on drumkit. 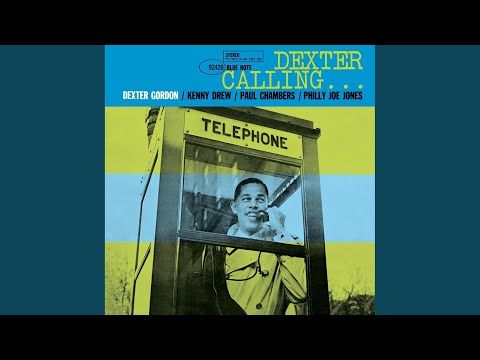 Having never met each other before, the story goes that Art Pepper hadn’t been told about this recording date with the exalted rhythm section of Philly Joe Jones, Red Garland and Paul Chambers until the morning of.

This led to Art Pepper‘s contribution being loose, honest and understated on this 9 track album that has been described as ‘a diamond of recorded jazz history’.

Philly Joe‘s textbook and masterful playing is captured beautifully here as his drums and clear and present in the mix.

Read the full review of ‘Meets The Rhythm Section’ here

Trailways Express (also released as ‘Mo’ Joe’) is a more unknown and underrated album in Philly Joe‘s discography. Here we see him as a bandleader from his time later in his career spent in Europe.

Like many other American musicians such as Dexter Gordon, Kenny Clarke and Stan Getz, Philly Joe Jones spent moved in Europe in the late 60s, living between London and Paris. It has been said that jazz music was more appreciated overseas, and that black musicians were not subjected to racism in the same way as they were back home.

Recorded in 1968, at the time he was teaching music at a specialist school in Hampstead, London Philly Joe teamed up with mostly British musicians living in London including the great Canadian/British trumpet and flugelhorn player Kenny Wheeler.

No top 10 list would be complete without this classic Coltrane record – his only Blue Note album as a leader.

Recorded around the time of their residency with Thelonious Monk at the Five Spot in New York, John Coltrane and Philly Joe team up here with Lee Morgan, Curtis Fuller, Kenny Drew and Paul Chambers to record of the most revered and classic hard-bop albums of the 50s: ‘Blue Train’ – not to mention one of the most famous albums in jazz history. 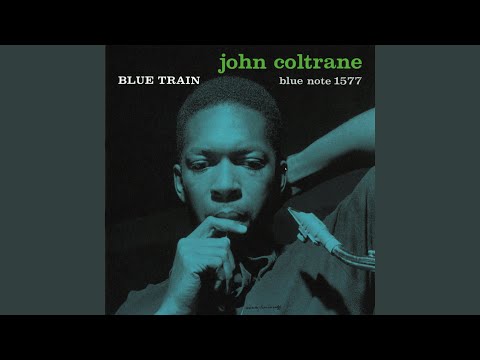 Philly Joe sits at the heart of this fiery Blue Note album recorded by the great Rudy Van Gelder in his parents’ living room of all places.

A track that warrants special attention is a Sonny Rollins composition ‘Blues for Philly Joe.’

Full of charm and humour, Philly Joe Jones and Sonny Rollins‘ soloing and trades are exquisite.

It’s not often you get two of the greatest jazz drummers in the world on the same bill but here we have Elvin Jones and Philly Joe Jones (no relation) ‘Together!’.

Together! Is a session that will blow the cobwebs away as both Elvin and Philly Joe spar in this unusual, drum duo led hard-bop album.

Despite the novelty first impression you may get here this album is not as drum-centric as it may seem; Elvin and Philly Joe both deliver musical, textural, and intelligent solos as they come together like a well-oiled machine.

Looking for more drums? Check out our top albums picks for a range of others including Art Blakey and Max Roach, or our pick of the best modern jazz drummers today.