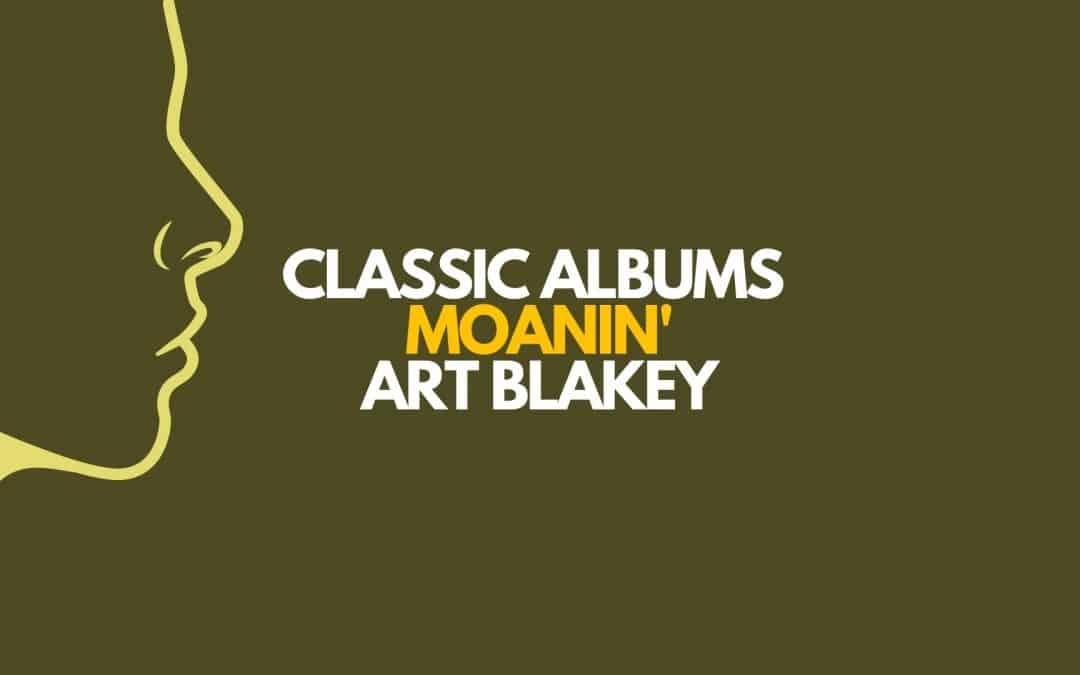 Legendary hard bop drummer Art Blakey may have an extensive discography, but his Jazz Messenger album ‘Moanin’ is regarded by most aficionados as his finest.

Join us for a dive into the story behind the legendary jazz album.

Art Blakey‘s place in the pantheon of the all-time jazz greats has long been established and never disputed.

His thunderous approach, deep rooted swing and signature press roll on the snare drum made him one of the most instantly identifiable and influential drummers in jazz.

As such his contribution to the evolution of the music from the forties and throughout the fifties and sixties cannot be underestimated.

Initially a swing to bop stylist, Blakey would go onto further refine his concept at the drums to include elements of African drumming, and a driving polyrhythmic style that would help define the role of the rhythm section in the hard bop of the 1950’s.

His progress, and indeed that of the modern jazz movement that saw the music move away from big bands and dance orientated orchestra to a serious art form that should be listened to and understood, was rapid.

He would play on some of the early bebop recordings with Charlie Parker and Dizzy Gillespie, and the Billy Eckstine’s Big Band.

He also played a pivotal role in Thelonious Monk’s music from Monk’s 1940’s recordings for Blue Note and again for the pianist’s marvellous trio albums for the Riverside label in the fifties.

Another important associate of the hard bop movement, Horace Silver would also play an important part in Blakey’s development, and in fact the Jazz Messengers band was under Silver’s leadership.

The Rising Stars of Tomorrow

A passionate advocate of the jazz that he loved and believed in, he was always willing to share this passion and message to all who would care to listen.

Through his policy of continually renewing his Jazz Messengers group he would constantly be seeking the cream of the rising young players thus giving them a solid grounding and place to hone their craft.

As such, the list of musicians who have passed through the Messengers academy is a veritable who’s who of jazz up until his death in 1990.

Under his leadership the Jazz Messengers became an established institution. A guarantee of hearing some great swinging hard bop with some of the best young soloists on the current scene.

With an extensive discography there is a wealth of wonderful music to be heard, but for many ‘Moanin‘ is regarded as one of his finest, with the title track written by then pianist Bobby Timmons one of the most popular jazz songs of all time. 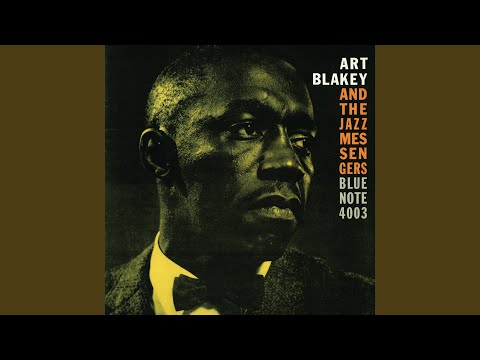 Certainly, the quality of the quintet cannot be faulted.

Trumpeter Lee Morgan was on fire with his big tone, inventive and melodic improvisation and still retaining the exuberance and brashness of youth.

Tenor saxophonist Benny Golson was reaching maturity in both his playing and composing that brought a sense of balance to the group, and completing the line up along with Blakey on drums was the funky playing of Bobby Timmons and the firm and steady bass playing of Jymie Merritt.

It’s a given, and history has borne this out, that the title track is the cut that immediately springs to everyone’s mind when discussing this classic album but this should not mean that the other pieces be relegated to minor league status in comparison.

In fact, it could be said that is the strength and variety of the other pieces on the album that make it such an important document.

Four of the six tunes on the originally released album were penned by saxophonist, Benny Golson.

They confirm what an original and resourceful writer he is, and it is perhaps these that deserve re-evaluation and that make the album such an overall success.

‘Are You Real‘ is classic Messengers material.

Straight ahead with a good catchy melody line that lends itself to the sort of propulsive swing that Blakey excelled at.

The material certainly suited Morgan who wastes no time in getting in a sharp and concise solo, and relishing trading fours with the drums before Merritt’s fine solo takes us back to the theme.

‘Along Came Betty‘ is one of those beguiling compositions with a long sinewy theme.

Lee Morgan‘s opening solo is taken gently with his phrases place carefully and with much thought. Golson’s solo follows in a similar vein with a laid back solo and long phrases that are beautifully resolved.

If the horns show a reservation bordering on underplaying, Blakey’s playing is also restrained with the drummer allowing himself a few swells here and there to build a little tension. 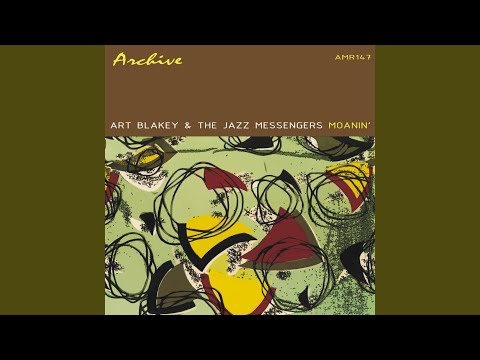 ‘Blues March‘ is exactly that, and reminiscent of the old New Orleans marching bands, albeit updated for 1958.

Lee’s trumpet solo is a wonderfully singing affair, and elicits an equally positive response from Golson in his solo. Bobby Timmons also offers up an intriguing solo building from sprightly single note lines to  a climax with his use of a chordal chorus.

However, perhaps the most remarkable piece on the album is Golson’s ‘The Drum Thunder Suite‘, which was written especially at Blakey’s request to have a piece for use of mallets exclusively.

Composed in three parts this miniature suite crams so much in to its seven minute playing time without ever having the feeling that the composer is trying to cram is as much as possible as quickly as possible.

In fact, quite the opposite as each part succinctly states its case before moving into the next movement.

In the first theme, ‘Drum Thunder‘ Blakey’s mallets create a rolling thunder cloud with punctuations from the horns, and a dramatic solo from Morgan as befits the building of the storm behind him.

Golson’s tenor sax solo is also fraught and the most hurried he has sounded on the who album. In a complete contrast to the opening theme, the second part, ‘Cry A Blue Tear’ offers up a Latin feel and a relaxed dancing melody from the horns before the staccato calls from the drums, trumpet and tenor that introduce ‘Harlem’s Disciples’, and another superb solo from Timmons over the broken rhythm of the drums.

Moanin’ has been a revered classic for more than sixty years.

Different in feel and concept from what had gone before, and perhaps not repeated again by the drummer. Perhaps a case of perfect timing for the right band, and the right compositions at that precise moment in time.