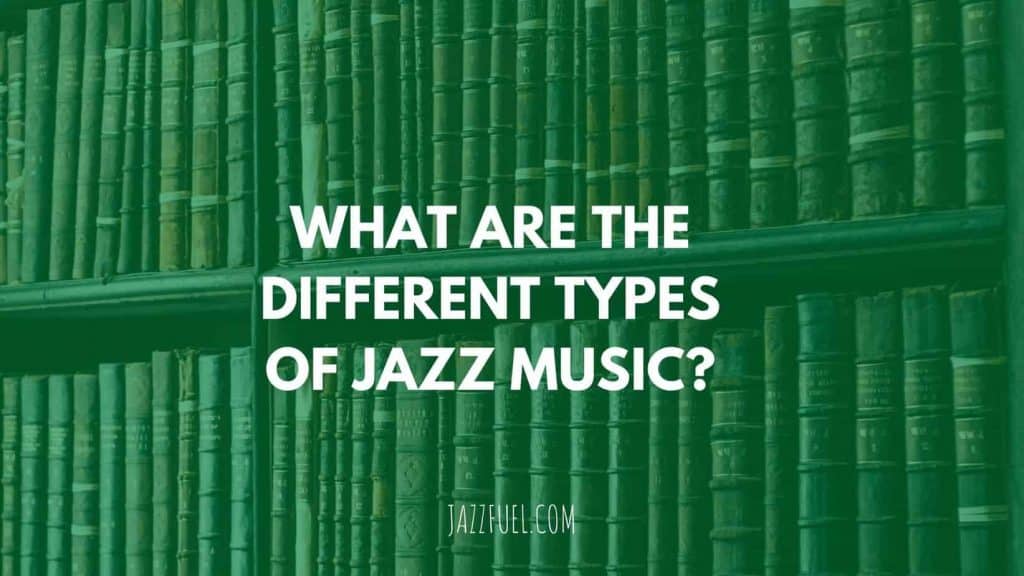 Welcome to this Jazzfuel guide to some of the main types of jazz and the styles and sub-genres within this music.

We’re going to take you step-by-step through history, covering all these areas:

But first, let’s start at the beginning…

Because the term ‘jazz’ covers a very broad selection of music.  Two recordings or musicians labelled as such may, at least superficially, appear to have very little in common with each other.

The first jazz recording was made in 1917 (by the Original Dixieland Jazz Band) and in the century or so since then the music has seen some radical innovations and upheavals.

Whereas in jazz music we’ve had all of the following styles – and more – in the space of only 100 or so years, with most types enjoying a period of dominance for only a decade or so.

As always, things are more complex than this…

People didn’t suddenly stop playing swing music when bebop appeared, and some musicians will have performed and recorded a range of different types of jazz.

Many don’t fit neatly into categories.

Many of these ‘labels’ were pushed by the media or record companies, and the musicians themselves may not have identified themselves along these lines.

Of course, with internet access in the 21st Century it’s easier than ever to discover almost the entire history of jazz at the touch of a button, and there are now present-day musicians who play in all different styles of jazz. 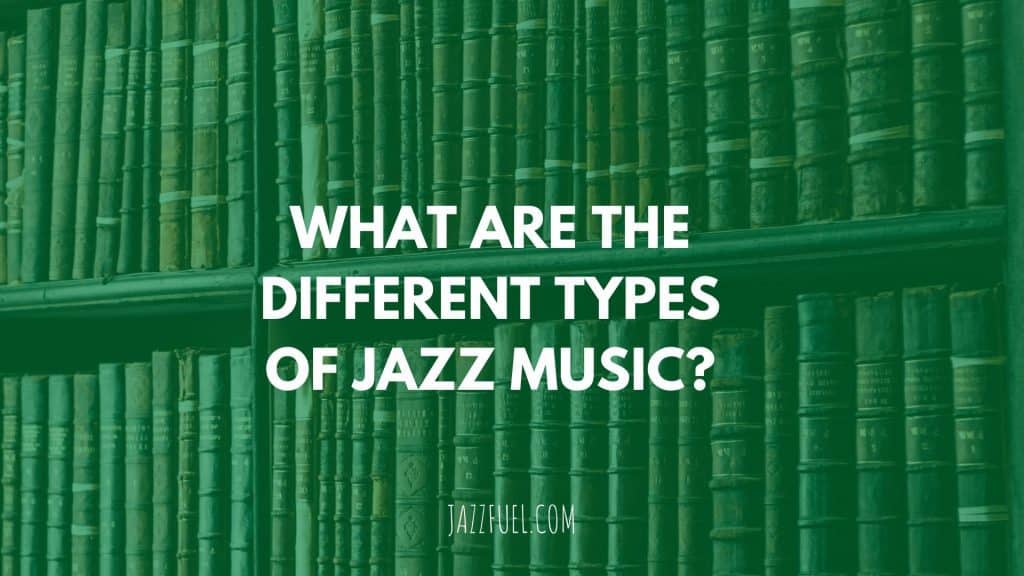 Early jazz developed in the 1910s in the ‘melting pot’ of New Orleans, as players combined influences including ragtime, blues and marching band music to create a style of jazz that was heavy on collective, polyphonic improvisation.

Trumpeter Louis Armstrong was jazz’s first major soloist, and his recordings with his Hot Five and Hot Seven are some of the most important of the 20th Century.

Bix Beiderbecke played in a lighter, ‘sweeter’ way than the more operatic Armstrong, with Bix’s trumpet often accompanied by the saxophonist Frankie Trumbauer.

Ragtime pianist and composer Jelly Roll Morton was another key innovator of 1920s jazz and you can find out more about this joyous style of music in our article dedicated to Dixieland Jazz.

From the early 1930s until the late 1940s big band swing was the most popular style of music in the USA, and many of the most important bandleaders were huge mainstream stars.

Duke Ellington, considered by many to be the greatest composer in jazz, was a key bandleader, as were virtuoso clarinettist Benny Goodman, pianist Count Basie, Jimmy and Tommy Dorsey, the ever-popular Glenn Miller, Artie Shaw, Stan Kenton and Woody Herman.

The era also saw the emergence of a number of soloists, with Coleman Hawkins notably establishing the tenor saxophone as an important jazz instrument.

Ella Fitzgerald and Billie Holiday also first appeared singing with big bands during this period – as we highlighted in our guide to the best jazz singers of all time.

A number of factors contributed to the decline of the big band era, as it became harder for bandleaders to keep such large ensembles consistently employed. Although many of the groups disbanded, a few – Duke Ellington, Count Basie, Woody Herman and Stan Kenton in particular – were able to keep producing important records well beyond the 1940s.

Here are a few of our favourites (including The Atomic Mr Basie which is reviewed here), taken from our complete round up of big band music.

The swing era largely focused upon music for dancing and entertainment. As a reaction against this came bebop, a style that was fiercely intellectual and very much meant for serious listening.

Players would often write intricate new melodies over the chord progressions of existing jazz standards, in part so they could claim the composition royalties themselves. Examples of famous jazz songs from the bebop era include ‘Ornithology’ (based upon ‘How High The Moon’), ‘Donna Lee’ (based upon ‘Indiana’) and ‘Anthropology’ (based upon ‘I Got Rhythm’).

You can check out our overview of the best bebop artists in jazz history here.

With an instrumentation that only featured string instruments, without drums (Reinhardt, Grapelli, two rhythm guitarists and double bass), the Quintette’s softer sound allowed the pair’s virtuosic soloing to be heard clearly.

Gypsy jazz remains popular as a sub-genre that is influenced by the American jazz tradition but is very much a unique style, with its own language and repertoire, much of which is composed by Reinhardt.

This type of jazz has been continued by more recent musicians including Biréli Lagrène and the Rosenberg Trio. 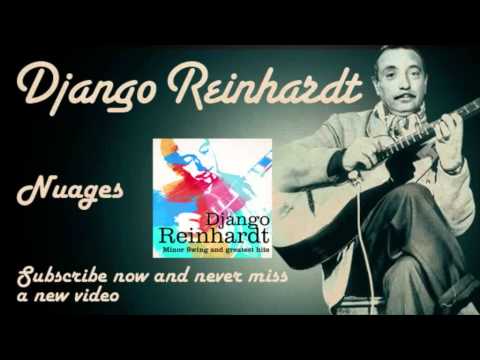 In the late 1940s and through the 1950s a softer, more relaxed style of playing was marketed as an alternative to the ‘hotter’, more frantic bebop that was dominant at the time.

Miles Davis’ Birth of the Cool, with impressionistic arrangements by Gil Evans, is a key sound, as are Gerry Mulligan’s chordless quartet and the cerebral work of pianist-teacher Lennie Tristano and his disciples.

Many players, including Stan Getz, Lee Konitz, Zoot Sims and Mulligan, were highly influenced by the swing era saxophonist Lester Young. Artists such as Dave Brubeck and the Modern Jazz Quartet utilised complex arrangements that were influenced by classical music.

West Coast jazz – bringing to mind images of sun-soaked 1950s Los Angeles, and musicians like Chet Baker, Art Pepper and Bud Shank – is another subgenre which has some crossover with Cool jazz.

You can the rest of our pick of 10 of the most famous Cool jazz albums and musicians in this article.

In the mid-1950s the sounds of bebop began to be blended with the influence of rhythm and blues and gospel music, to create a funkier type of music with simpler melodies and a more overt blues influence.

Some view this as a conscious move towards a more Afrocentric sound as a reaction against Cool jazz, which placed relatively little emphasis upon the blues.

Blue Note Records released many of the artists pioneering this new sound: Art Blakey’s Jazz Messengers (initially with Horace Silver on piano – Silver’s church-influenced ‘The Preacher’ is a good example of the style), Lee Morgan, Freddie Hubbard, Hank Mobley, Donald Byrd and others.

An extension of hard bop is soul jazz, which places more importance upon the influence of gospel music and rhythm and blues. It became popular in the mid/late 1960s, often featuring the sound of the Hammond organ.

Modal harmony, however, takes a chord and corresponding scale (or mode), where it may remain for some time or move to another, possibly unrelated mode.

Jazz musicians began to experiment with composing in this way in the late 1950s, inspired by theoretical work of George Russell. Miles Davis’s ‘Milestones’ (from the album of the same name) and ‘So What’ (from Kind of Blue) are key early examaples, where players improvise within a mode for extended periods; John Coltrane would intensify this approach with his classic 1960s quartet.

Check out our in-depth guide to the most important modal jazz albums in history here.

Jazz has always included what Jelly Roll Morton referred to as a ‘Spanish tinge’, dating back to the music’s origins in the melting pot of New Orleans in the early 20th Century.

In the late 1940s Dizzy Gillespie pioneered Afro-Cuban jazz with his big band, and in collaboration with the composer and percussionist Chano Pozo, who wrote the Latin jazz standards ‘Manteca’ and ‘Tin Tin Deo’.

In the mid-1960s Bossa nova, a fusion of Brazilian samba and jazz harmony, became incredibly popular, with American saxophonist Stan Getz recording a Grammy-winning collaboration with Brazilian guitarist/singer Joao Gilberto, which has remained one of the most important jazz albums of all time.

The album’s biggest hit was ‘The Girl from Ipanema’, which like many of the most famous Bossa novas was composed by Antônio Carlos Jobim.

Numerous jazz musicians have since taken inspiration from various types of Latin music. 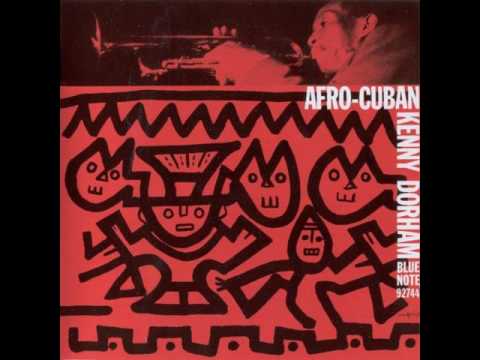 Free jazz developed in America during the late 1950s and early ‘60s, as musicians sought to break down and reject conventions within bebop and hard bop that they found restrictive, including harmony and chord changes, regular tempos, and compositional forms.

Ornette Coleman’s ground-breaking quartet played music that was swinging, bluesy and based upon memorable melodies, but with solo sections that dispensed with rigid form and harmony.

American free jazz in the 1960s was often proudly Afrocentric, with links to the civil rights movement.

European ‘improvised music’ began to develop later in the 1960. It tends to be less connected to the jazz tradition than earlier American free jazz, and often doesn’t contain any prepared material at all.

Check our our round up of 10 of the great free jazz albums in history or head straight to the most iconic: Ornette Coleman’s The Shape of Jazz To Come (1959) 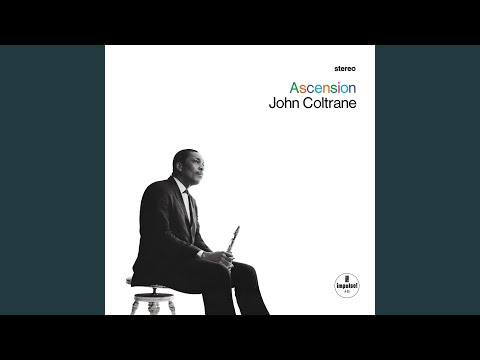 Larry Coryell’s Free Spirits was an important band early in the new music’s development, as was Charles Lloyd’s quartet, which played to large audiences and was associated with the psychedelic rock scene of the day.

Miles Davis recorded Bitches Brew and In a Silent Way in 1969, both of which were controversial with jazz purists, with long tunes and loose, improvised forms.

Herbie Hancock’s funky brand of fusion in the 1970s also incorporated elements of disco and soul, while others, like Weather Report and some of Wayne Shorter’s solo work utilised intricate forms and chord sequences.

This adding of other more commercial genres to jazz arguably led to the emergence of Smooth Jazz in the 1980s too.

We put together a list of 10 of the most influential jazz fusion albums of all time which you can read in full, or else here’s our quick list: 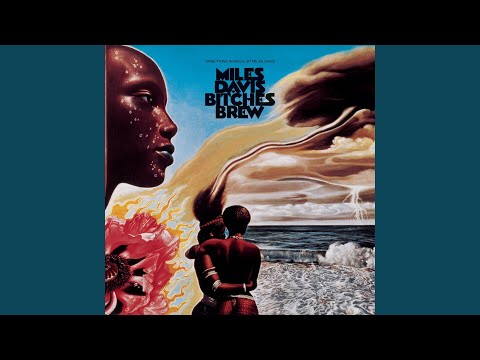 As the name suggests, ‘modern’ jazz is heavily dependant on what era you’re living in.

Back in the 1940s, for example, bebop was considered modern compared to the big band swing that came before it.

But, in 21st century jazz speak, we’re usually referring to a type of music that has emerged from the 1990s onwards and covers a range of sub-genres in a more current way than styles like swing, bebop and modal jazz.

As ever, though, lines can be blurred and it may incorporate elements of all these styles.

It might take influence from other genres, such as 20th Century classical music or sounds from non-western cultures.

And while it can sometimes have a reputation for being rather challenging for the listener, a number of modern jazz artists have managed to create accessible and highly melodic material from relatively complex source materials. 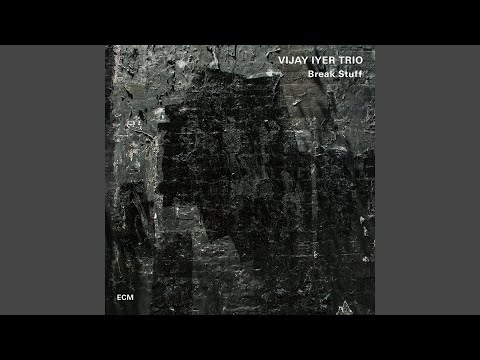 You can find our in-depth coverage of this style, along with videos of all the artists mentioned above, on our article entitled What is Modern Jazz?

Of course, there are many more sub-genres and niches of jazz music – as well as all sorts of twists and turns inside each of these – but we hope this article has given you a broad, chronological overview of some of the most famous or important types of jazz in its relatively short history.

You can find all our articles about jazz here or, if you’re feeling brave, dive into the age-old topic of what is jazz…