Famous Female Saxophone Players in Jazz | 10 of The Best 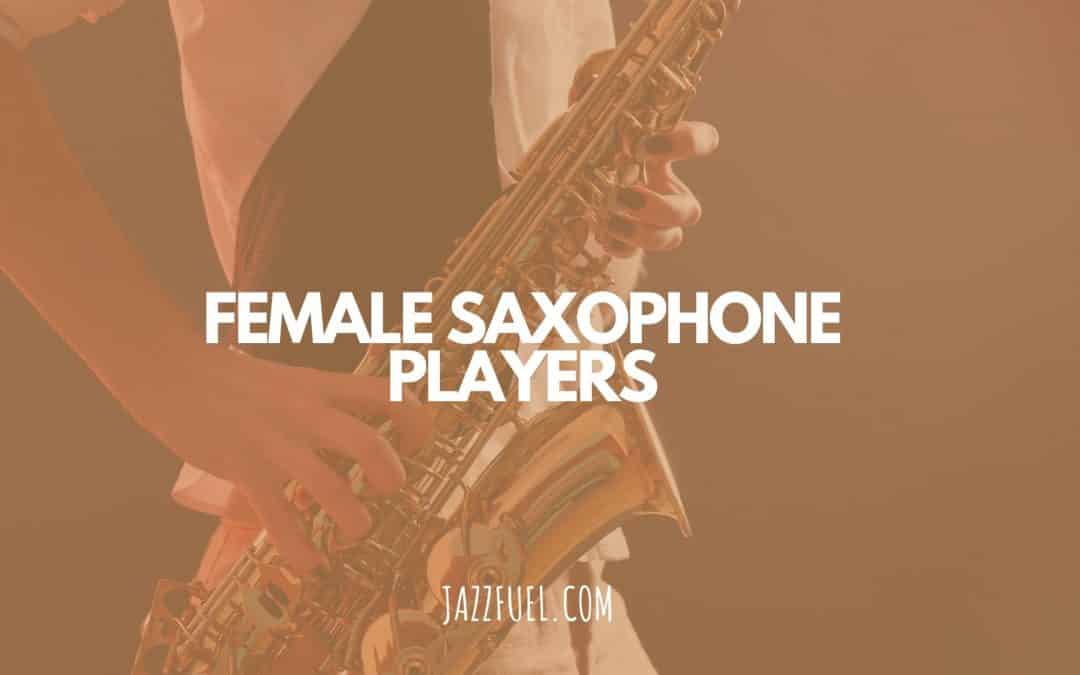 We’ve already written about some of the most important women instrumentalists in jazz, but for this article we turn our attention specifically to some of the most famous female saxophone players.

The saxophone is of course one of the most common musical instruments in jazz, with many of the greatest musicians in the genre playing this instrument.

But from John Coltrane to Sonny Rollins, Art Pepper to Lee Konitz, one thing becomes quickly clear: it has traditionally been a male-dominated instrument.

Whilst that is quite-rightly changing on the modern jazz scene, we wanted to take a moment to highlight some of the most famous female saxophonists of all time, from those pioneers in the early days of the music through to contemporary favourites.

Of course, there are many more we could have included, but I hope these ten will provide an interesting starting point for your own listening discoveries.

Born in Los Angeles in 1928 as the daughter of a jazz drummer, Vi Redd is an American alto saxophonist (and sometimes singer) known for her work in the bebop and hard bop genres.

She started playing the saxophone at the age of 14 and was heavily influenced by Charlie Parker who was leading the charge in bebop at the time.

With her blues-inflected style, she performed as a side-woman with many of the greats of her time, including Earl Hines, Max Roach, Count Basie and Dizzy Gillespie.

Whilst she didn’t release a huge number of records under her own name, her 1962 debut Bird Call is well-worth a listen. 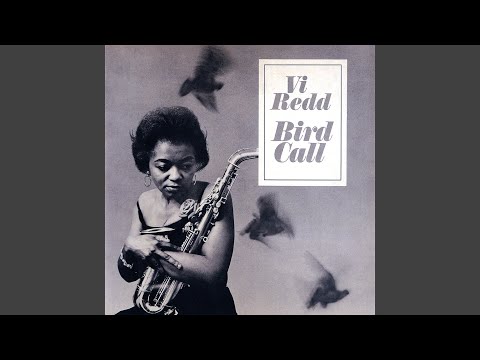 Whilst she had success as a touring artist (including trips to Japan and a 10-week stint at London’s Ronnie Scott’s) she was heavily into education and spent her later years in this role.

No doubt about it: Vi Redd was a highly influential saxophonist regardless of gender – as well as an early pioneer for women in jazz.

Melissa Aldana is a New York-based Chilean saxophonist who rose to prominence in 2013, when she became the first female jazz musician to win the Thelonious Monk International Jazz Competition.

Aldana was born in 1988 in Santiago, Chile. She started playing the saxophone at the age of 12 and soon began studying with some of the best teachers in Chile.

In 2006, she moved to Boston to study at Berklee College of Music. After graduating, she moved to New York City and quickly established herself as one of the most promising young jazz musicians on the scene.

Aldana’s debut album was released in 2010 on Greg Osby’s Inner Circle Music label (check out interview with Greg here), before her 2013 competition win saw her signed to Universal Music’s Concord Records imprint where she released an eponymous albums as Melissa Aldana & Crash Trio.

She now releases much of her work as a bandleader in quartet or quintet format; check her 2019 release Visions on Bandcamp!

Born in 1978, Tineke Postma is a Dutch saxophonist who is known for a rich and wide-ranging career which mixes her own projects with collaborations with a whole host of modern jazz greats including Kenny Barron, Esperanza Spalding, Terri Lyne Carrington and Geri Allen.

Matching her varied performance output, she has also released albums on a range of jazz record labels including Munich Records, Challenge & Edition.

As with many of the modern jazz greats, she studied at a true American institution –  Manhattan School of Music – where she met many of the players that would go on to be collaborators.

A Selmer Paris artist, she was nominated as a Rising Star on both soprano and alto saxophone by Downbeat Magazine’s annual polls. 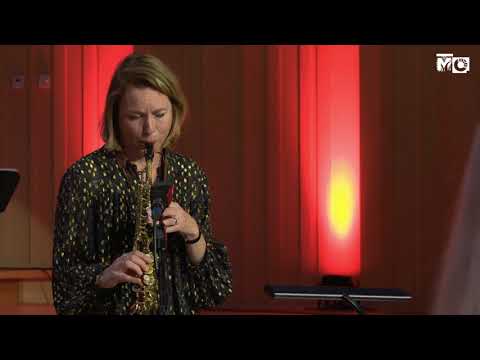 Candy Dulfer is a Dutch sax player who is known for her soulful playing style and a commercial appeal which is not dissimilar to that of the divisive Kenny G.

She has released several solo albums and has toured the world with some of the biggest names in music, including Prince and Dave Stewart.

Born in Amsterdam in 1969, her debut album, Saxuality, was released in 1990 and became a commercial success, as well as being nominated for that year’s Grammy Awards.

Largely self-taught, her level of crossover appeal is perhaps best illustrated by her position on the Dutch version of the X Factor.

Tenor saxophonist Rosa King was born in 1939 in Georgia, America, yet found success mainly on the other side of the Atlantic in Europe.

Spending much of her career based out of the Netherlands, she not only forged a career as blues and funk-influenced sax player, but championed many musicians from the next generation, including Candy Dulfer and Saskia Laroo.

One highlight from a long career was an appearance at the 1978 North Sea Jazz Festival which saw her face off Stan Getz in a memorable sax battle.

Hailing from the US, Tia Fuller studied in Atlanta where she became a regular in the city’s jazz clubs.

Despite following in the deep tradition of jazz and teaching at legendary education institution Berklee College of Music, she is perhaps best-known outside the jazz world for two standout performances.

The first is as part of her work with the Beyoncés all-female touring band and the second is as an animated version of herself in the 2020 Pixar movie Soul.

Tia Fuller has a longstanding relationship with US label Mack Avenue which dates back to her sophomore release, Healing Space, in 2007. Her 2018 release Diamond Cut saw her nominated for a Grammy Award in the Best Instrumental Jazz category. 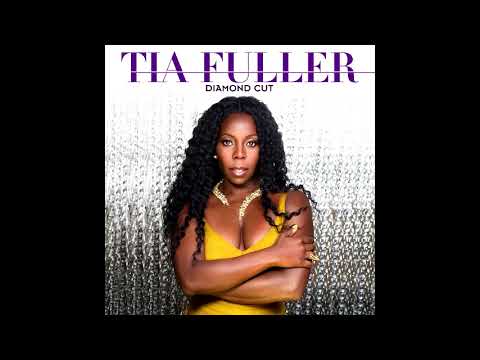 Voted “Up and Coming Artist of the Year” by the Jazz Journalists Association and “Rising star Alto Saxophonist” by the 2020 Downbeat Critics Poll, Lakecia Benjamin is a New York based saxophonist.

As with many modern sax professionals, she has an active career as a session musician, performing with stars such as Alicia Keys and Missy Elliot.

As a jazz musician, though, she came through under the tutelage of legendary player Gary Bartz and her sound is, whilst highly individual, evidently influenced by a long line of alto players up to modern players like Kenny Garrett and Greg Osby.

Her 2020 release Pursuance – on Ropeadope Records – pays tribute to the great John Coltrane; listen out in particular for the great version of lesser-known gem Syeeda’s Song Flute with Ron Carter on bass. 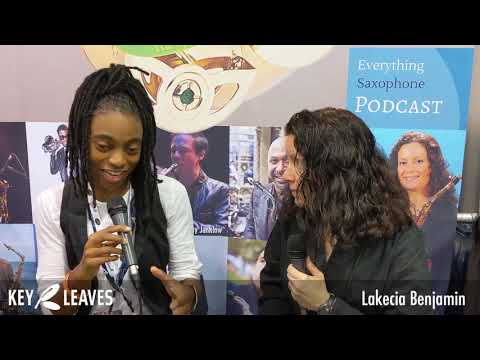 Singer and saxophonist Camille Thurman was born in Queens, New York in 1986 and learnt a range of instruments before settling for the tenor sax aged 15.

A place in the final of the Sarah Vaughan International Vocal Competition in 2013 brought her to a wider audience and paved the way for her debut album, Origins.

Between 2018-20 she became the first woman in 30 years to tour and perform full time with the world-renowned Jazz At Lincoln Center with Wynton Marsalis, holding the saxophone chair for a busy schedule of touring.

As a winner of the Fulbright Scholars Cultural Ambassador Grant, she took her band to perform in Paraguay and Nicaragua.

The sole British entry on this list, saxophonist and clarinet player Karen Sharp was born in 1971 and rose to prominence with her role in the large ensemble of UK jazz legend Humphrey Lyttelton.

Praised by Downbeat magazine for her “relaxed and natural phrasing” she cites the influence of tenor saxophone legends Dexter Gordon and Sonny Rollins as her reason to take up the instrument,

A fixture on the British club and festival touring circuit, the latest iteration of her working band featured pianist Nikki Iles, bassist Dave Green and drummer Steve Brown where she plays a range of horns, including the baritone saxophone. 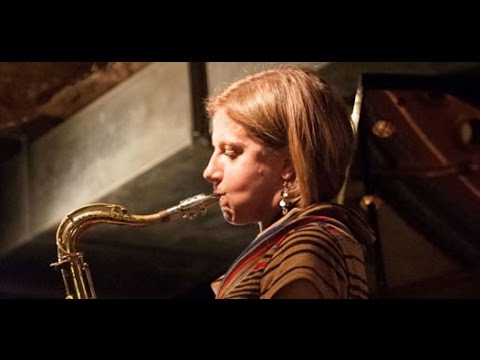 Whilst better known for playing clarinet, Anat Cohen is also an accomplished player on both soprano and tenor saxophone.

She was born in Tel Aviv, Israel in 1975 and currently resides in New York City where she has released a consistent series of albums on her Anzic Records label since 2005.

Her recorded output is characterised by a broad range of influences, ranging from straight-ahead jazz to flavours of South America and Europe – something highlighted by the fact that she’s been nominated for Grammy Awards in Best Latin Jazz Album category as well as the Best World Music Album category.

Between 2012 & 2013 she was nominated in the prestigious Downbeat Critics Poll as rising star for both her tenor and soprano saxophone playing.

If you’re looking for a taste of this (as opposed to her prolific output on clarinet) take a listen to her 2012 release Claroscuro.

While there are many talented female saxophone players out there, the ten we’ve highlighted here are some of the most famous and accomplished. We hope you enjoy their music as much as we do!

Looking for more iconic instrumentalists? Check out our guide to the iconic female trumpet players in jazz or essential female jazz pianists.