5 of the Best Cannonball Adderley Albums in Jazz History

What may sound like a scene from a Hollywood movie is a night that transformed Julian “Cannonball” Adderley into a jazz saxophone legend.

The year was 1955 and he was in New York to pursue a masters in music. One evening, Cannonball and his brother, Nat Adderley, went to the Cafe Bohemia to listen to the Oscar Pettiford group.

Nat’s account of the evening was that alto saxophonist Charlie Rouse was asked to sit in with the ensemble but didn’t bring his horn. Oscar spied a patron with a sax case and told Charlie to borrow his. But when Rouse recognised the man as Cannonball from gigs they played in Florida, fate intervened.

According to Nat Adderley, Rouse went back and told Oscar Pettiford that Cannonball didn’t want to lend his horn and, instead, wanted to play himself.

“Well, he called him up to get rid of him and Cannonball sailed throughout the first couple of tunes, and then I went up and played, and two nights later, we had a job with that thing. Sounds like some movie stuff but that’s the way it really was.”

Dubbed ‘the new Bird’ after famed bebop player Charlie Parker, Cannonball was born in Tampa, Florida in 1928 and graduated from Florida A&M in 1948. He passed away from stroke complications in 1975 aged just 46.

Where did Cannonball Adderley’s nickname come from? Well, known for his voracious appetite, a childhood friend dubbed him “cannibal” but his accent made it sound like “cannonball.”

Anyway, stay tuned for our round up of the 5 best Cannonball Adderley albums out there…

What makes this album significant is that these musicians came from varied musical backgrounds that created a vibrant, colourful yet organic musical experience.

The laidback vibe and nuances of Somethin’ Else conjure images of smoky jazz clubs from the ’50s and ’60s.

A.B. Spellman, NPR’s Basic Jazz Record Library commentator, noted that the solo exchange between Adderley and Davis on Autumn Leaves was the “kind of antiphony, that call and response that was at the very root of jazz.” 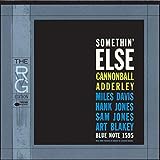 Before you gloss over this one as ‘easy listening’ or disregard it because it’s vocal-heavy, consider this: not only was Cannonball a master on the alto sax but he was savvy at discovering talent and jazz singer Nancy Wilson was one such find.

Nancy’s lyrical voice compliments Adderley’s playing like a hand in a glove; her vibrato mimics Adderley’s when it’s wide and other times when it is as smooth as glass. She sings on seven of the twelve cuts while the remaining feature Cannonball showcasing his improvisational genius. 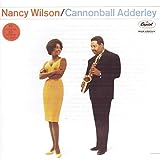 Imagine combining the post-bop stylings of Cannonball Adderley with the cool jazz sound of Bill Evans backed by Heath and Kay from The Modern Jazz Quartet.

Rick Anderson at All Music Review quipped, “It’s a different sort of ensemble, to be sure, and the musical results are marvellous.”

The entire album is a gem but “Waltz for Debby” is amazing: glistening arpeggios by Evans foreshadow Adderley’s masterful rendition of melody and improvisation. 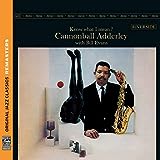 This album, which was released in 1966 on Capitol Records, features the classic Cannonball Adderley Quintet, with the alto saxophonist joined on-stage by Nat Adderley, Joe Zawinul, drummer Roy McCurdy and bassist Victor Gaskin.

The album, like the musicians themselves, is full of fun, mischief and musicality.

The title track “Mercy, Mercy, Mercy!” was written by Joe Zawinul (who later founded Weather Report) and encapsulates the style of ‘soul jazz’ often associated with Cannonball. The groove is deep, the tones are sultry, and the use of space by the quintet makes this a timeless gem.

The mischief comes in the title. Yes, it’s a live album but it was not recorded at The Club in Chicago but Studio A in the Capitol building. The producer set up a bar, a bandstand, dimmed the lights, and voila! Instant club!

So why the misleading title?

Cannonball truly cared about others and in this case, was helping his friend who owned The Club with some shameless promotion.

Musically, this album is considered one of Cannonball’s best as it captures his bop stylings, his ‘soul jazz’ vibe with the title track, and showcases a quintet at the peak of their performance. 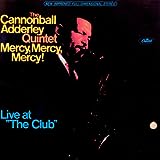 The quintet weaves textures of bop, blues, latin, and what would later be dubbed fusion into a mosaic of sound that, to this day, is fresh and innovative.

Mike Deasy, noted Los Angeles session guitarist of The Wrecking Crew, adds the rock and blues element that tilts the album toward a modern vein.

Tenor saxophonist Ernie Watts described Cannonball as a “people person” who loved to talk with his audience to make them relax.

Cannonball reportedly said: “I give them 50% of what they want to hear and 50% of what I think they need to hear.”

You’ll not only hear Cannonball’s mastery of jazz on The Black Messiah but also his gift for storytelling between songs. 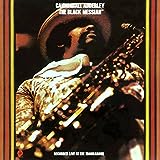 The Black Messiah (Live At The Troubador)
Check Price

Thanks for reading and we hope you’ve been inspired to go back and listen to some of the great Cannonball Adderley albums that are out there.

If you have other favourites which you think we should have included, feel free to use the comments section here. And, if you’re after some more saxophone-focused articles, check out this profile of some of the great modern day jazz sax players.