9 Essential Types of Blues | Styles You Should Know 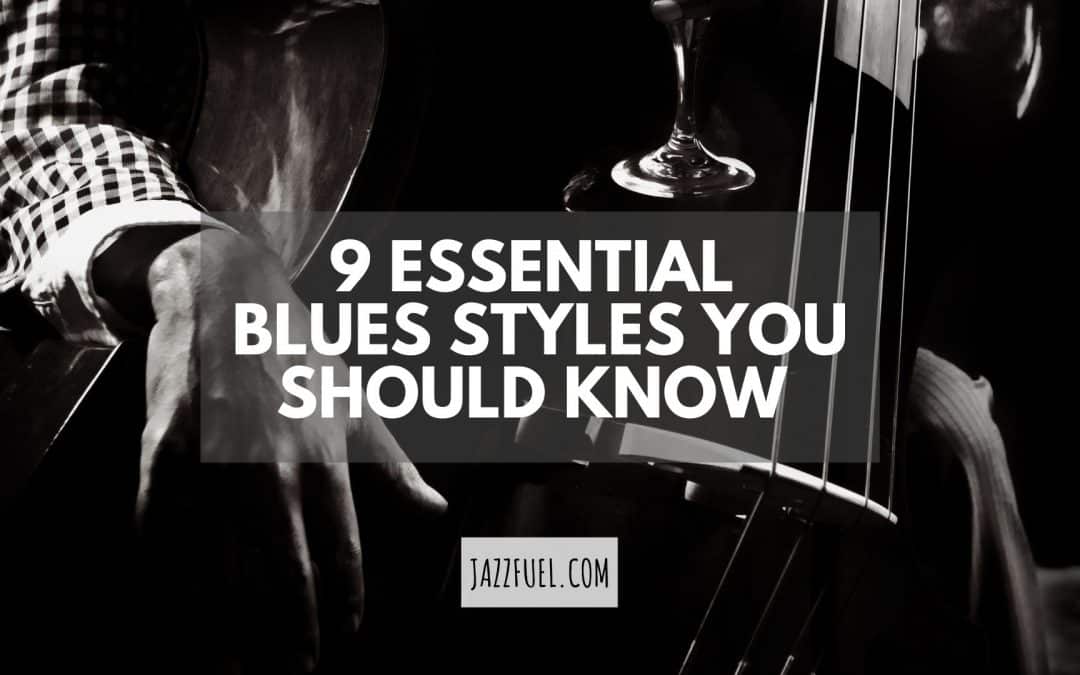 Whether you’re into jazz, soul, pop, R&B or pretty much any other style of music, it probably owes a big thanks to The Blues. But that’s such a broad description and, in this article, we’ve pulled together the 9 most important types of blues music to help you dive deeper into the topic.

The blues is arguably the most influential style in the history of contemporary music.

It’s language (in particular the ever-present “blues scale”) and form (the “12 bar blues”) has permeated almost every kind of western music, including jazz, rock, pop, Rock ‘n’ roll, R’n’B, hip-hop, country and almost any other style you can name.

It’s hard to pin down the exact origin of the blues, but it’s generally understood that it evolved from the field hollers and work songs of African American workers in southern states following the American civil war, which ended in 1865.

The early music was infused with many devices common to African music such as string bending, ‘call and response’ phrasing and a wavy, nasal vocal style.

The direct emotional outpouring also associated with early blues was also influenced by the ‘Spiritual’ – a form of religious song developed as part of the protestant religious revival in the US during the 19th century.

By the time the term ‘Blues’ was first used, the music was already quite close to what we understand it to be today and the first recordings weren’t made until the 1920s when the style was already established.

Nevertheless, musicians such as W C Handy and Jelly Roll Morton, recall first encountering the music around the turn of the century.

Many of the stars of early blues music were female vocalists who were hugely influential in bringing the blues to a wider audience and popularszing the music.

Combining traditional folk blues with elements of vaudeville theatre, these vocalists were often accompanied either by a single pianist or a small jazz ensemble.

These artists were amongst the first blues musicians ever to be recorded and releases featuring legendary vocalists such as Ma Rainey, Mamie Smith, Ethel Waters and Bessie Smith dominated the genre in the 1920s.

The blues originating in the Mississippi delta is one of the oldest known forms of blues and also one of the the first to be captured on record.

Although it’s possible that larger ensembles performed this music live, the earliest recordings primarily featured solo performers singing and accompanying themselves on a guitar – sometimes with harmonica as well.

Common themes were love and loss, life in the fields or on the road, and musings on religious salvation or damnation.

Key figures to make Delta Blues recordings were Willie Brown, Charley Patton, and Son House and they influenced many later players including the legendary Robert Johnson – who legend has it sold his soul to Satan at the crossroads in exchange for his musical ability. 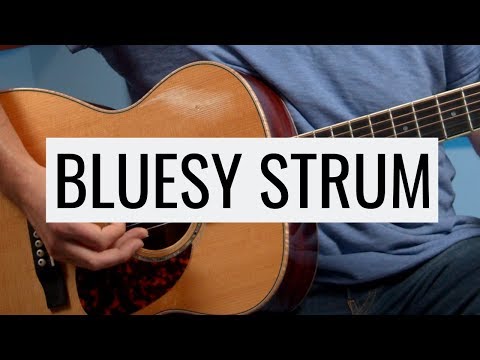 The great migration of the 1920s saw many black musicians moving north to cities in search of work and a better life.

The blues began to evolve in this new environment and developments in different cities are often grouped together under the umbrella terms ‘Urban Blues’ or ‘Electric Blues’.

The style developed in Chicago was probably the most influential.

As the music was played in busy clubs, guitarists began to use amplification and experiment with overdrive and distortion, as well as performing with rhythm sections of drums, bass and sometimes piano.

Blues musicians such as Muddy Waters, Howlin’ Wolf and John Lee Hooker all continued the development of this style and the Chicago sound became internationally known in the 1950s and 60s, influencing early rock’n’roll artists such as Bo Diddley and Chuck Berry.

Chicago Blues was also a key influence on many British rock artists such as Led Zeppelin, Eric Clapton and the Rolling Stones

One of the few styles to feature blues piano players as the primary instrumentalist, Boogie Woogie was established by pianists in Chicago in the 30s and early 40s.

Musicians such as Jimmy Yancey, Albert Ammons, Pete Johnson and Meade Lux Lewis took the propulsive feel of stride and ragtime piano and developed driving ostinatos for their left hand, providing a foundation for the right hand to play melodic phrases and improvise solo lines. 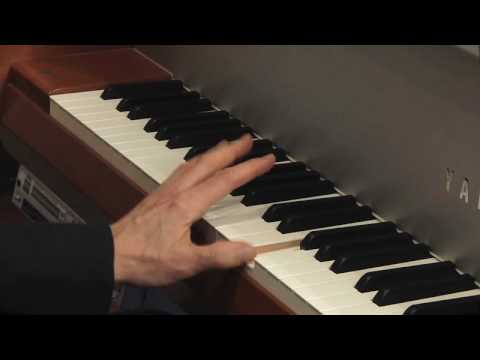 As well as early guitar blues and the compositions of W C Handy (who wrote many of the songs made famous by Classic Female Blues singers), ‘jug bands’ were a popular phenomenon on the early Memphis Blues scene.

Jug blues fused some of the syncopated rhythms of early jazz with a variety of folk music to create an energetic and highly-danceable style.

Alongside the ubiquitous guitar, it also featured instruments such as harmonica, violin, mandolin and banjo.

Also, homemade instruments such as comb and paper, washboards and the jugs blown to create the bass sound which gives the style its name.

Later, many blues musicians relocated to Memphis due to the blossoming scene based around Beale Street and the style changed significantly.

B.B. King, Ike Turner and Howlin’ Wolf (before he moved to Chicago) were just a few of the musicians who performed and recorded in Memphis.

Evolving from Boogie Woogie and the big band sound of the 1940s, Jump Blues is an uptempo style which combines elements of blues music and swing.

The music is energetic and commonly features full rhythm sections and brass or woodwind instruments.

Saxophonist Louis Jordan is arguably this style’s most famous exponent and it’s often considered a precursor to both R’n’B and rock’n’roll. 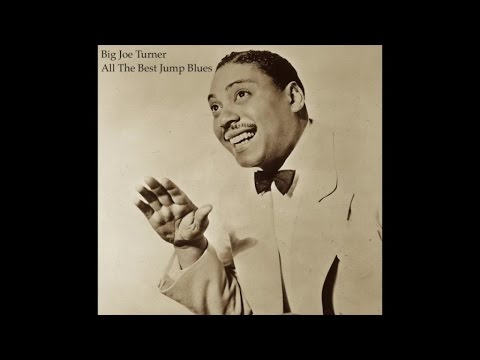 T-Bone Walker was born in Texas, but moved to LA in the 1940s. He probably did more to popularise the use of electric guitar in this style than any other individual blues musician.

He was also largely responsible for developing the style now known as West Coast Blues, which incorporates elements of urban, jump and jazzy blues and often features the piano prominently.

The smooth, soulful vocal style of West Coast Blues is often similar to that of R’n’B and the guitar solos have a more noticeable jazz influence than some other types of the Blues.

As you might have guessed by now, many types of blues music is named after the city it was born in, and this one is no different!

Although generally thought of as the birthplace of jazz, the great cultural melting-pot of New Orleans also gave rise to its own unique style of the blues.

There has been a long tradition of blues music in Texas dating back to the 1900s.

Artists such as Blind Lemon Jefferson made recordings in the 1920s which became hugely influential for many later musicians.

In the late 1960s and early 1970s Texas enjoyed a thriving blues scene based in the clubs of Austin.

Stevie Ray Vaughan emerged from this scene to achieve mainstream recognition with his virtuosic guitar playing and is regarded by many as one of the most influential blues musicians of all time – and one of the greatest guitarists in any genre. 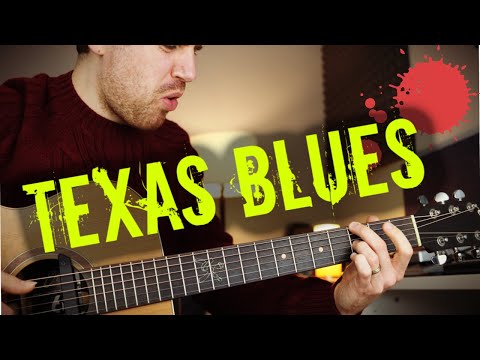 Thanks for reading our guide to nine essential types of blues which influenced popular music an incredible amount.

If you’re looking to dive deeper into this topic, we’ve covered the most famous blues guitarists of all time, plus the legendary blues singers in history.