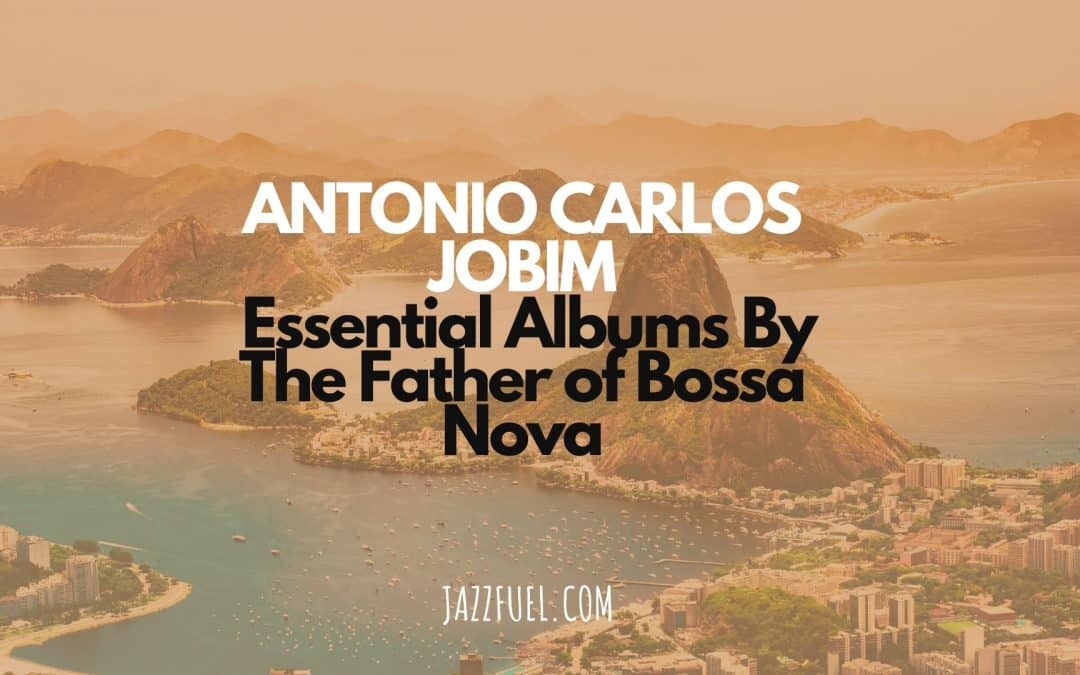 It’s almost impossible to separate the name Antonio Carlos Jobim from the style of bossa nova, and for very good reason!

Whilst he famously collaborated with greats such as Frank Sinatra and saxophonist Stan Getz, a whole host of other jazz musicians in the 1960s helped bring Jobim songs – and Brazilian music in general – to widespread attention, including Ella Fitzgerald, Miles Davis and Oscar Peterson.

In this article, we’ve focused on the composer and the musician, to pick 10 essential Antonio Carlos Jobim albums for you to listen to!

The Composer of Desafinado Plays (1963, Verve)

Born 25 January 1927 in Rio de Janeiro, Antonio Carlos Brasileiro de Almeida Jobim (as he was named), got his start playing in the nightclubs of his home city, before working in the 1950s as an arranger in Continental Studios.

His big break as an international name came in 1958 when Brazilian singer and guitarist João Gilberto recorded an album featuring two of his most popular songs, Chega de Saudade & Desafinado.

The latter had such an impact on the American market that it led not only to a performance at Carnegie Hall, but a record deal with legendary label Verve for Jobim, but an album referencing the song.

Perhaps one of the most successful debut albums in music, The Composer of Desafinado Plays features 12 instrumentals (arranged by arranged by Claus Ogerman) including that song: The Girl From Ipanema.

Whilst most tracks on the record have gone on to be latin jazz standards, that opening track (known in Brazilian as Garota de Ipanema and inspired by 17 year-old Helô Pinheiro) is reportedly the most recorded song in history behind the Beatles’ Yesterday.

An interesting story about this album is that Jobim plays both guitar and piano, although the American producers wanted him to play only guitar to create the image of a “Latin lover with the guitar” as it shows on the album cover itself. 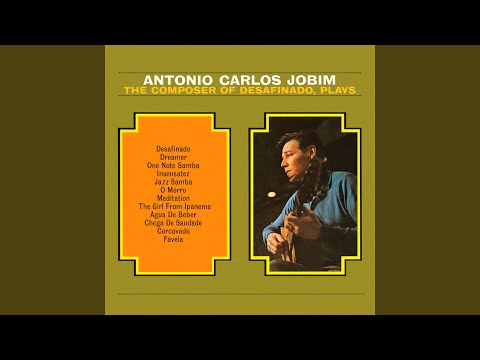 Whilst not technically a Jobim album (Stan Getz is the bandleader), the record features the Brazilian songwriter on piano playing mostly his own compositions.

This is arguably one of the most important jazz albums in history, credited for fusing the two worlds of Latin and jazz and bringing the resulting style to massive mainstream attention and commercial success.

The landmark recording features Astrud Gilberto‘s whispery, quiet way of singing which quickly became influential on many female vocalists at the time.

Winning multiple Grammy Awards, it’s a true masterpiece and a top recommendation for any fan looking to dip their toe into this style of jazz. 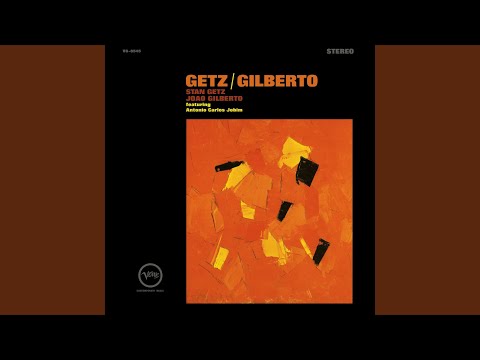 Wave was the fifth studio album of Tom Jobim, recorded in the famous Van Gelder Studio in New Jersey with an ensemble of elite jazz musicians such as Urbie Green and Jimmy Cleveland on trombone, Jerome Richardson on flute and Ron Carter on double bass.

The title song “Wave” has become one of the most famous bossa nova jazz standards, with recordings by a whole host of American jazz musicians including Oscar Peterson, Ahmad Jamal, McCoy Tyner, Sarah Vaughan, Fred Hersch and Bill Frisell – to name just a few. 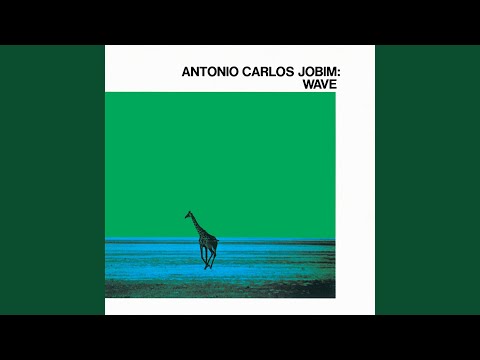 No rising star of the era would be complete without a collaboration with Frank Sinatra, and this recording showcases the perfect match up of two performers famed for their laid-back style.

The choice of repertoire (Jobim compositions plus three Great American Songbook songs in a bossa style) provide the perfect platform for Sinatra to combine his unique style of phrasing with the heartfelt melodies of latin music.

The album was nominated for Grammy Award for Album of the Year in 1968 but lost to the Beatles.

Another album that was been recorded at the legendary Van Gelder Studio, Stone Flower is something of a hidden gem in Tom Jobim’s discography.

Deodato’s arrangements sound lighter than Ogerman’s works, and the whole album is a joyful, playful piece of art.

It’s interesting to note that the song “Brazil” is ‘quoted’ on every track, creating the sensation of listening to a suite rather than individual songs.

Best digested from start to finish, Stone Flower is the perfect album for a late-night listening session.

Tide was Jobim’s second album on A&M, continuing his collaboration with arranger and guitarist Eumir Deodato (as on Stone Flower).

Another outing for his hit song “The Girl from Ipanema” is given a heavier, more serious treatment than the old Claus Ogerman arrangements and the overall sound of this record is more energetic than his earlier offerings.

Listen out for Hermeto Pascoal’s multi-phonic flute playing on “Tema Jazz” and the fact that the title song “Tide” is a cheeky variation of “Wave” as it is based on the same chord changes. 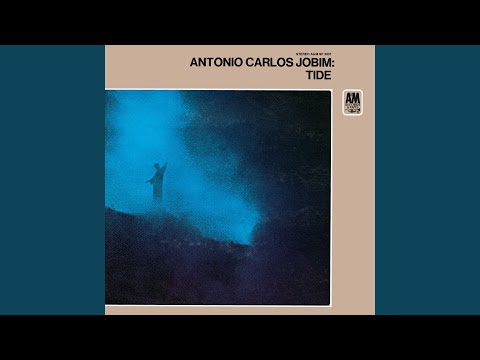 Released in his homeland as ‘Matita Perê‘ this album has an interesting story, being started in Brazil and finished in New York City, due to the martial law that had been imposed in the former.

Jobim is a true masterpiece by the hands of the songwriter, with his his long-time friend, conductor and arranger Claus Ogerman providing a beautifully imposing and powerful score.

Referring to the title song “Matita Perê” poet, lyricist Paulo César Pinheiro said: “It’s a half-symphonic song, with a time far too long for radio – almost ten minutes of recording. When I told him that ‘this song will not be played on the radio,’ he replied, ‘This song isn’t for now. It’s for the future.” 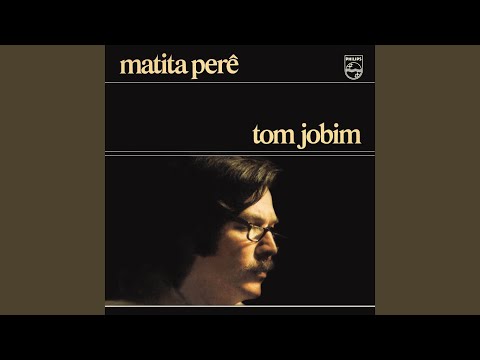 Regarded as one of the greatest Brazilian pop recordings of all time, this album was a longtime goal of famed singer Elis Regina, who dreamt of recording an album of Jobim’s compositions with him.

The dream came true in 1974 when she celebrated her 10th anniversary as a Philips recording artist, who approved the project as a gift for her.

Regina’s voice, range and unique phrasing makes her one of the most loved singers in Brazil, and her partnership with Jobim makes this album a unique, must-have record in any latin jazz collection.

The highlights of this recording are “Corcovado” which is performed with an orchestra, and the Jobim ballad “Inútil Paisagem” which is played in duo; full of restraint and emotion by Elis Regina, it’s a fitting finale to the album.

They allowed him to complete artistic and financial control in exchange to distribute 4000 copies of these recordings to schools, libraries, museums and Odebrecht customers.

Despite this financial freedom, Jobim decided to record the album in his home in Rio de Janeiro, turning his piano room into a studio.

As for the musicians, he chose his touring group, Banda Nova, which included friends and family members.

Something of a ‘greatest hits’ in part, the album contains all the classics such as Wave, Desafinado and The Girl from Ipanema, alongside some lesser-known Jobim compositions.

Later, in 1995, Ariola records re-released the record to the general public. 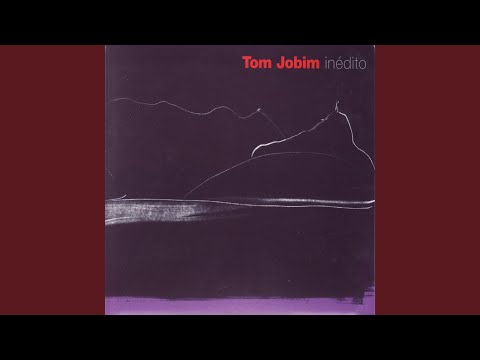 Recorded around the same time as his birthday album Inédito with his new band, Banda Nova, this Jobim album contains songs both in English and Portuguese.

The title song Passarim is “a three-and-a-half-minute condensed masterpiece” as music critic Ben Ratliff called it, which would influence a whole generation of contemporary jazz composers.

The blend of female and male vocals harmonising the melodies creates this rich, effortless sound with the instruments keeping busy in the background. 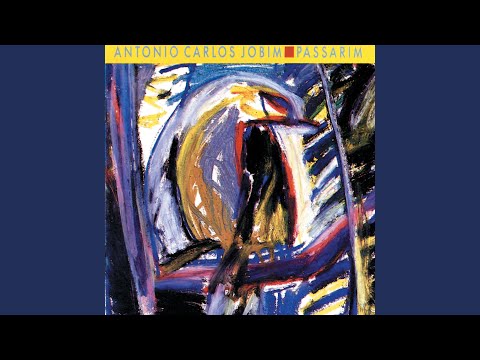 Antonio Carlos Jobim continued writing and recording from his base of New York City until his death from a heart attack in 1994.

Remembered as one of the most important composers and songwriters of all time, his music continues to be given new life through new releases in the world of jazz and beyond.

We hope you enjoyed discovering and listening to more music from The Father of Bossa Nova!

Looking for more Latin sounds? Check out our round up of the best latin jazz albums here.