The Most Famous Acid Jazz Artists & Albums of All Time 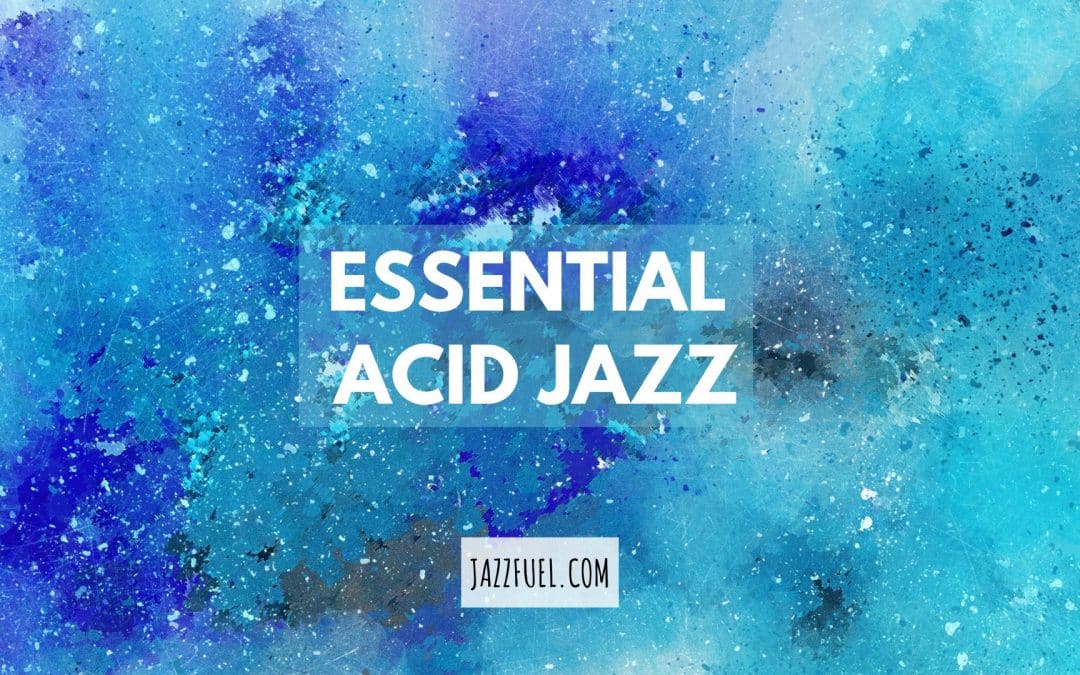 There are a LOT of different styles of jazz, which is perhaps one reason it appeals to such a diverse and eclectic audience. In this article we take a look at Acid Jazz, which emerged in the mid/late 1980s and took off like a fizzing alka seltzer tab into the ‘90s.

We’ve put together an essential who’s who of one of the most fascinating and divisive genres, and showcase our pick of some of the best acid jazz albums of all time.

Perhaps due to it’s many influences, acid jazz as a style is not easy to define.

Also known as club jazz, groove or even psychedelic jazz, it can also be mixed in with nu-jazz, neo-soul, jazz-rap or even confused with Smooth Jazz.

The genre can actually trace its roots back to the 1960s when psychedelic music was becoming prevalent in a number of music genres.

By the ‘80s DJs were using jazz samples from those earlier post-war decades and mixing them with things like hip-hop, rap and dance music.

For the novice listener, acid jazz can be described as funky, grooving music with plenty of brass – either live or sampled – mixed with rap, loops and a plethora of synths and organ sounds.

Although the popularity of acid jazz music peaked towards the end of the twentieth century, there are groups who still align with its musicality and trends today, keeping it well and truly alive.

Guru (Gifted Unlimited Rhymes Universal) was the stage name of Massachusetts born rapper, Keith Edward Elam whose approach to his craft was revolutionary at the time; he got jazz musicians to come to the studio so he could combine their music with his rapping, providing the songs with real contrast.

Elam, who died of myeloma in 2010 aged just 48, even has a street (“Allée Guru” named after him in Montpellier, France called , recognising his influence on jazz and hip hop.

Guru’s quote on the album’s sleeve liner says: “Jazz‘s mellow tracks, along with the hard rap beat, go hand-in-glove with my voice.”

He managed to bring in some well known artists to collaborate with, including Donald Byrd on ‘Loungin’, Dee C Lee on ‘No Time To Play’ as well as contributions from Courtney Pine, Roy Ayers and Branford Marsalis. A classic of jazz/hip-hop crossover. 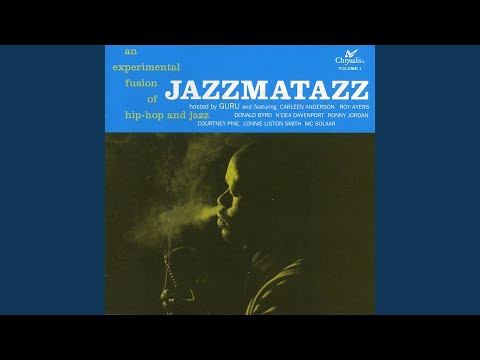 Jazz has infiltrated all four corners of the world and, back in 1990, this was none more evident than in Japan, where the group United Future Organization were formed.

Starting out as a trio consisting Raphael Sebbag, Toshio Matsuura and Tadashi Yabe, they released a number of albums through the ‘90s alongside a selection of singles and remixes.

Over the years they have produced music in the acid jazz, funk and future genres and are still active on the scene today, although Matsuura left back in 2002 to work on other projects.

Released in 1993 on Gilles Peterson‘s Brownswood label, this self-titled album really showed U.F.O.’s mettle and set them on the road to massive global success.

Tracks include ‘Poetry And All That Jazz’, ‘Vinyl Junkie’ and ‘My Foolish Dream’.

The Brand New Heavies were formed in Ealing, West London in 1985 by musician/songwriters Andrew Levy and Simon Bartholomew.

By the early ‘90s they were joined by lead vocalist N’Dea Davenport and are still active as a group, producing albums and touring heavily.

This self-titled album was released in 1990 and features a collection of nine tracks that includes “Ride In The Sky”, “Dream Come True” and “Put The Funk Back In It”.

The record was instrumental in putting the Brand New Heavies on the road to becoming one of the most successful funk / acid jazz groups of all time. 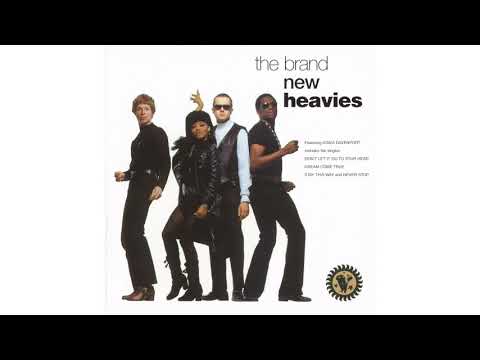 Home Rulez is a Korean trio made up of Seo Ro, Paco and Young Hyo whose music spans a broad range of styles mixing acid jazz with things like electronica and R&B.

Released in 2007, Mojito is a relatively up to date addition to this list.

It is uplifting with its mix of acid jazz, funk and hip-hop that works really well.

‘Do it’ and ‘My Fantastic Black Hat’ are stand out songs amongst a collection of 15 tracks. This album is a true hidden gem that deserves to be in your acid jazz library.

Justice System are a hip-hop/jazz crossover group who hail from New York and who have been on the scene since 1990.

They have released five albums to date, including the 2022 album ‘Quantum Field Crew’. The line-up includes Bim-E, Coz Boogie, Eric G, Sugadeezil and Wizard C Rock.

Allmusic gave this album a three star rating but if you like rap mixed in with your acid jazz, then seek this record out and give it a spin.

’Trouble On My Mind’ has some great sax solos whilst the fifth track, ‘Summer In The City’ features some cool brass sounds and funky guitar. 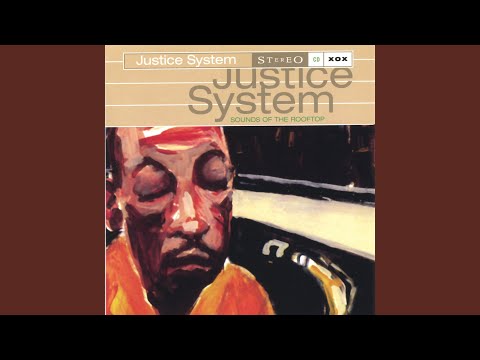 French producer Ludovic Navarre goes by the stage name St Germain and he has been bringing his eclectic sound to audiences and vinyl since 1995.

‘Tourist’ which was released in 2000 and then updated as a twentieth anniversary re-release, sold four million copies worldwide.

It includes ‘Rose Rouge’ which became a firm favourite among fans with its trance-like piano chords, as well as ‘Montego Bay Spleen’ with its angular guitar solo by Ernest Ranglin mixed with a deep-groove dub track.

Topaz are named after frontman saxophonist Topaz McGarrigle and, although they never truly made it to cult acid jazz status, they put out a selection of great records.

Formed in 1997, they continued to evolve in the subsequent years despite acid jazz having calmed down somewhat since the turn of the 21st Century.

The Texan group mixes an infectious energy with the more cool and romantic side of Brazilian music along with the more hardcore jazz influences like Gato Barbieri and the recently, sadly departed, Pharaoh Sanders.

Breaking through in 2002, this is a really cool album.

If nowhere else, find it on YouTube – it’s a very competent and tight recording that is extremely listenable.

‘Minha Mente’ is a great opener and by the time you’re 43 minutes in, on the seventh track ‘Naked’, prepare for the unexpected deep tones of a didgeridoo, bringing a totally different vibe. Awesome!

Us3 is a British jazz rap group formed by Mel Simpson and production partner, Geoff Wilkinson in London in 1992.

Named after the Horace Parlan record ‘Us Three’, their breakthrough albums featured samples from the iconic Blue Note catalogue.

Key Album: Hand On The Torch

Released in November 1993 the band made use of samples from a range of jazz legends including as Herbie Hancock, Art Blakey and Horace Silver.

In doing so, they dragged acid jazz firmly into the mainstream consciousness. 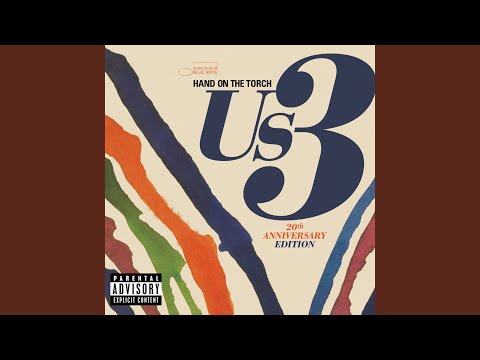 Jamiroquai are actually celebrating 30 years since their formation this year; they are a quintessential British Jazz and funk outfit who enjoyed huge success in the 1990s with a string of hits in the UK Top 40.

Led by Jay Kay (otherwise known as the Buffalo Man or ‘The Cat in the Hat’), they are still active, with their last album Automaton coming out in 2017.

This was album number one for the London band and appeared in 1993 and featured the breakthrough track ‘When You Gonna Learn’.

Originally put out on Eddie Piller and Gilles Peterson‘s Acid Jazz Records the year previously, it was re-released by Sony, as part of an eight album deal.

The title track of this record spawned a myriad of Jam-fans who have remained loyal to this day.

One of the best known acid jazz groups of all time, the James Taylor Quartet (or JTQ) formed in 1987 after Stiff Records went bust and James Taylor’s former band, The Prisoners, split up.

Having built up a back catalogue of albums and a whole host of live performances, this British band are still very much in existence with their last album, ‘Soundtrack from Electric Black’, released in 2018, which sees a return to the original funk driven style.

This early outing from the JTQ sees the frontman alongside drummer Steve White, guitarist Paul Carr and Chris Jenkins on percussion.

With cameos from other musicians including Guy Barker on trumpet, Lawrence Cottle on Trombone and John Wilmott on sax, it features well-known songs including ‘Electric Boogaloo’, ‘Touchdown’, ‘Bluebird’ and ‘Brothers Batucada’.

With this album you get the infamous Hammond organ sound from Taylor and only two vocal led tracks the others instrumental, with strong brass led melodies and clever chord structuring. 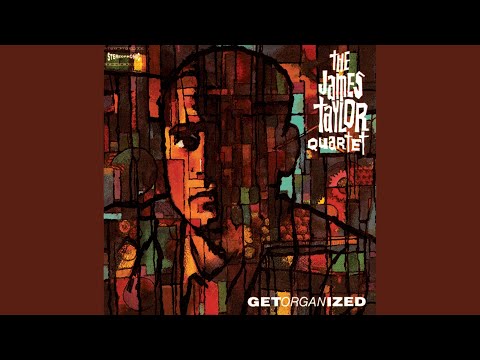 As with all the Jazzfuel guides and round-ups, we’d love to hear your comments below. What did we miss? What do you agree / disagree with?!

And, if you’re looking for more great music, check out our round up of the 50 best jazz albums of all time.