What Is Gypsy Jazz and Who Made It Famous? 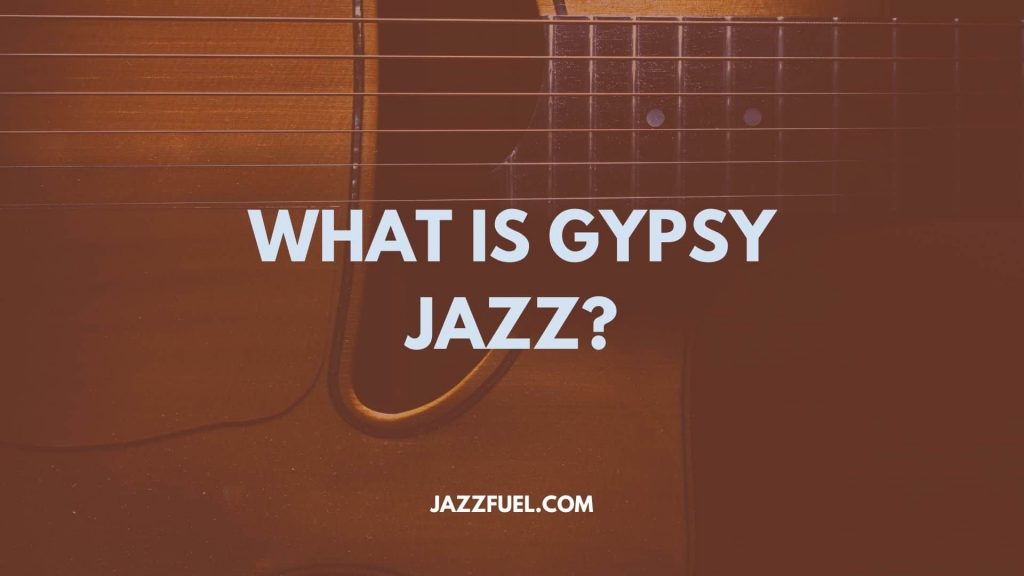 Gypsy jazz, or jazz Manouche, as it is sometimes called, is a style that originated in Paris, France, in the 1930s.

It is typically played by a small-group jazz ensemble and shares some characteristics and influences with other styles of jazz, like swing and bebop, but retains its own distinctive sound, repertoire, instrumentation and subculture.

This guide will cover some of the music‘s key players, as well outlining a rough history of its development, decline and revival.

We’ll also talk about some of most important features of Gypsy jazz music, its repertoire and the state of its scene today.

It is impossible to talk about Gypsy jazz without discussion of Django Reinhardt as he remains by far the most important figure in the genre.

Reinhardt was the first major jazz musician to emerge from Europe, and he is still considered one of the greatest and most influential guitarists of all time .

This is despite the fact that he played without the use of the third and fourth fingers on his left hand after they were badly damaged in a caravan fire while he was still a teenager.

Reinhardt was born into a Manouche Romani family in Liberchies, Belgium 1910.

After developing an interest in jazz and listening to American stars like Louis Armstrong, he formed the Quintette du Hot Club de France, which he fronted with the violinist Stéphane Grapelli.

Before the invention of the amplifier, guitarists largely played an accompanying role with jazz groups, as their solos could not be heard clearly over the rest of the ensemble.

The Quintette changed all that: with an instrumentation that only featured string instruments (Reinhardt, Grapelli, two rhythm guitarists and double bass), the Quintette’s softer sound allowed Django‘s virtuosic acoustic soloing to be heard clearly.

Although horn players would record with the group at various points, this string-only instrumentation became the go-to format for Gypsy jazz bands.

Django‘s popularity grew as the band toured extensively in Europe, and he got to record with a number of high-profile visiting American musicians: a 1937 session features the saxophonists Coleman Hawkins and Benny Carter.

The “grandfather of jazz violinists” – as Stephane Grapelli has been called – was born in Paris in 1908, to a French mother and an Italian father.

Although he grew up in poverty, he was able to attend the prestigious Conservatoire de Paris, which meant that he had much more formal musical training on his instrument than his great collaborator, Django Reinhardt, who could not read music.

After the Second World War, which disrupted the Quintette du Hot Club’s initial wave of success, Grapelli and Reinhardt would continue to collaborate intermittently, although the guitarist started to embrace the emerging bebop style, which never really suited the violinist.

There followed a period of relative obscurity as Gypsy jazz fell out of fashion, and Grapelli earned a living doing relatively low-profile gigs, often in a ‘lounge-jazz‘ style, where he was accompanied by a pianist.

But in 1971 the English chat-show host and jazz fan Michael Parkinson invited Grapelli onto his show and came up with the idea of pairing him with the famed classical violinist Yehudi Menuin.

The collaboration was incredibly well received, and the pair went on to make three albums together.

Two years later it was suggested that he return to the Hot Club sound with which he had made his name, instead of the ‘lounge’ style that he had adopted more recently.

Although he was initially reluctant, his new Gypsy jazz trio – with Grapelli now featured as the principal soloist and accompanied by rhythm guitar and double bass – met with a rapturous reception.

He toured extensively until his death in 1997, aged 89, having recorded with the likes of Duke Ellington, Oscar Peterson, Yo Yo Ma and Pink Floyd. 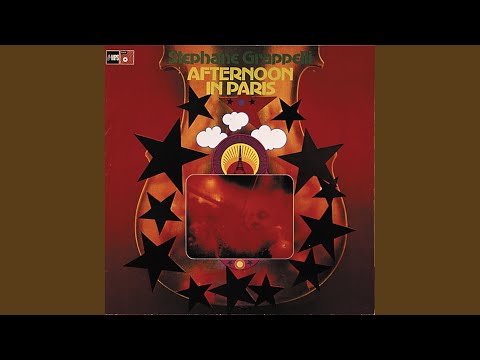 Upon the outbreak of the Second World War Reinhardt returned to Paris, where he was fortunate to survive the horrific treatment of Gypsies during the Nazi occupation.

He experimented with classical composition and continued to lead a new version of the Hot Club with clarinettist Hubert Rostaing in place of Grappelli, who had remained in London following a UK tour.

After an American tour as a guest with Duke Ellington’s Orchestra in 1946, which was considered a failure, Django‘s music took on more of a bebop flavour during the late 1940s and early 1950s.

He tended to record with younger French who, like him, were influenced by the new sounds emerging from New York, and his bands started to include drums in something of a move away from the traditional Hot Club aesthetic.

In the years following Django‘s death Gypsy jazz musicians tended to follow his late-career example by playing with a more amplified sound.

But in the 1970s a more purist generation of players emerged, who preferred to recreate the sound and style of the original Hot Club more faithfully.

During the 1980s the music experienced a revival in popularity, and in 1981 a new star came to the public’s attention. B

iréli Lagrène was just 13 years old when he recorded his debut album, Routes to Django, and the prodigy is now considered perhaps the preeminent Gypsy jazz guitar player to have emerged post-Reinhardt.

Although he started out as something of a clone of his idol, he later branched out stylistically and has collaborated with major names from the jazz and fusion worlds like Gil Evans, Stanley Clarke and Charlie Haden.

Django Reinhardt recorded numerous well-known swing era standards, and many of these remain part of the Gypsy jazz repertoire today.

Some of the most famous (which you might hear played by a more mainstream group as much as a Jazz manouche outfit) include:

Reinhardt was also a prolific composer and many of his tunes have gone on to become Gypsy jazz standards:

Now, even when using amplification in larger venues, they sill typically aim for an acoustic sound. Guitarists often use a model of Selmer guitar designed by Mario Maccaferri.

With no drums in the band, rhythm guitarists play an important role in creating the style‘s distinctive bouncy swing which,

incidentally, explains why some people also refer to the style as Gypsy Swing.

They strum chords relentlessly on every beat, placing particular emphasis on the second and fourth quarter notes of each bar to conjure up a subtle sense of forward motion.

Solo guitar players tend to place a high degree of importance on individual virtuosity, and their improvised lines will be decorated with tremolos, trills and ornaments.

Clarinets, saxophones and trumpets may also join in as additional lead instruments alongside a solo guitarist.

The role of the double bass in Gyspy jazz is similar to in mainstream swing jazz.

As well as taking occasional solos, the bassist will accompany with a mixture of walking bass lines, ‘two-feels’, and may make use of traditional ‘slap bass’ techniques.

Two years before his death Reinhardt had retired to Samois-sur-Seine, near Fountainebleau outside Paris.

To celebrate his legacy, a one-off festival was held in the area in 1968, but since 1983 it has become a yearly week-long summer festival.

The Festival Django Reinhardt, or ‘Samois’, as it is often simply called, is the highlight of the scene’s calendar.

Although the festival lineup now does not stick strictly to Gyspy jazz (the 2020 lineup featured Tom Misch and Christian McBride amongst other more traditional acts), it remains an important place for Jazz manouche musicians to meet and socialise, with famous jam sessions running through the nights.

Gypsy jazz retains a niche but dedicated audience, and a strong pool of talented and committed players.

It’s particularly popular in France, its country of origin, and in other European countries like Italy, the Netherlands and Romania, although most major cities will have at least a small Manouche scene.

Many of the famous Gypsy jazz artists – like Stochelo Rosenberg and Biréli Lagrène – were born into Romani or Gypsy families and were brought up on the music, whilst others came to it later, although it is not a style that is taught widely in conservatoires, so many jazz musicians are not really exposed to it.

However, if you’re wondering how to play Gypsy Jazz, you’ll find some great resources online, from video courses and membership sites, to Youtube videos and downloadable workbooks.

This example, recorded especially for Jazzfuel, is from guitarist and educator Filippo Dall’Asta: 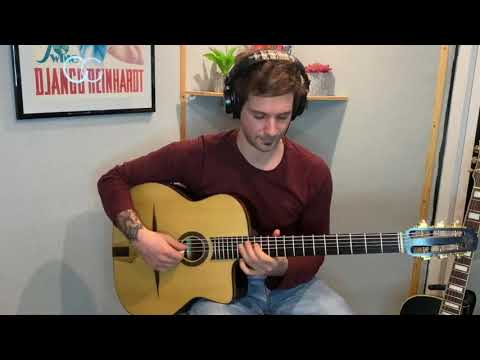