Famous Jazz Organ Players | Musicians and that Hammond B3 Sound 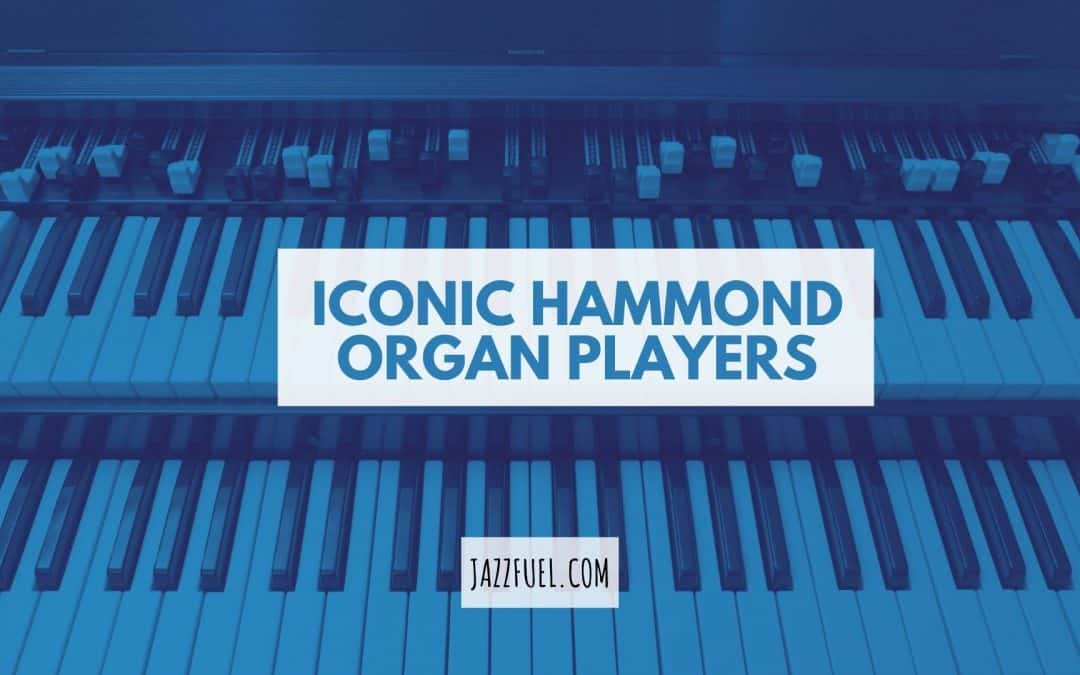 With its strong connection to Gospel, Soul and R&B music, the Hammond Organ rose to popularity in jazz in the Hard Bop era of the 1950s and 1960s with its highly distinctive sound gracing many classic albums.

But whilst it may have emerged as a niche voice in jazz, we now have more than half a century of jazz organ recordings to prove that the instrument has a place in all types of this music.

So, to shine a light on this unique jazz instrument, we’ve picked out a selection of the best jazz organists of all time to check out.

Of course, there are many more we could have included so feel free to highlight your favourites in the comments section at the end.

Emerging on the Philadelphia jazz scene in the 1950s as first a pianist, then a Hammond organ player, Jimmy Smith is largely responsible for the instrument’s popularity in jazz music.

Such was the impact that his specific technique and the way he set up his organ (complete with Leslie speaker) is emulated by players to this day.

A prolific musician, he recorded more than 35 albums for Blue Note records in just 8 years, quickly establishing himself as an A-list star on the American jazz scene.

His work in the 1960s (now with Verve Records) saw him experiment with larger line-ups, and some of his classic recordings from this period feature fellow jazz luminaries Wes Montgomery, Kenny Burrell and Oliver Nelson.

Jimmy Smith died in 2005 after more than half a century of performing, leaving behind a legacy which continues to inform and inspire the new generation of jazz organ players – not to mention musicians in genres including funk, hip hop and contemporary pop music. 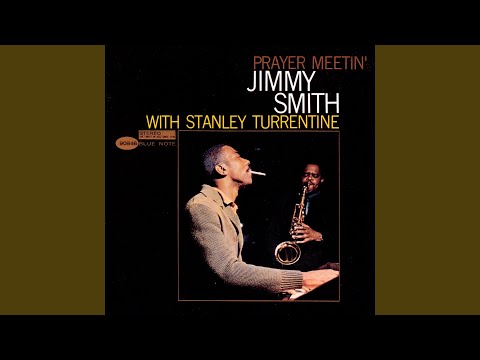 Born in 1971, Joey DeFrancesco emerged as a child prodigy (he was playing in a band with Hank Mobley by the time he was 10 years old!) and signed his first record deal aged just 16.

Fellow Pennsylvanian and hammond B3 organ legend Jimmy Smith acted as an early mentor and he caught the tail end of many great careers, playing with jazz greats such as Miles Davis and Philly Joe Jones amongst others.

Over the subsequent decades, he’s been known to tour 200+ days per year and released more than 30 albums.

Born in 1942 and performing right through to his death in 2021, American jazz organist Lonnie Smith cut his teeth on many 60s Blue Note Records (including several with alto sax giant Lou Donaldson), developing a sound which fused R&B, funk and jazz.

He toured extensively with George Benson (which led to an affiliation with Creed Taylor’s CTI Records) before forging ahead with his solo career which experimented with the 70s fusion and even disco sound.

Whilst he toured and played consistently, he came full circle towards the end of his career in the 2010s, recording more straight jazz albums for Blue Note, including with modern tenor titan Joe Lovano.

[Editor’s note: I expectedly ended up on a minibus with Lonnie Smith at Java Jazz Festival in Jakarta in 2017; surrounded by young musicians, he entertained everyone the whole trip with stories of his early days as a hard-up musician living in New York!] 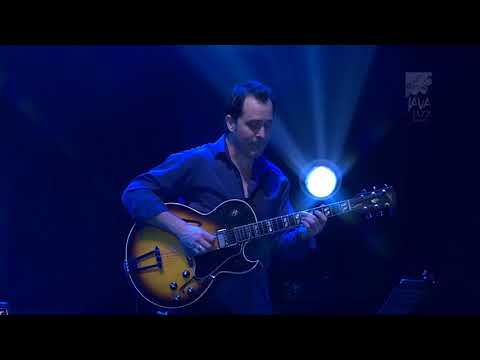 Yet another Hammond organist who owed his early sound to the great Jimmy Smith, Larry Young (born 1940) came out of the late 50s/early 60s hard bop (and soul jazz) scene, performing with stalwarts such as Hank Mobley and Stanley Turrentine.

But whilst his early sound was heavily influenced by the R&B music of his childhood, his work in the 1960s pushed the boundaries of jazz organ into more experimental and avant-garde playing.

As with many contemporaries at the time, this blend of styles merged into what we now call fusion and Young can be heard on some of the most important early jazz fusion recordings of all time; notably Bitches Brew (Miles Davis) and Emergency! (Tony Williams).

Young died aged just 37 in 1978, leaving many unanswered questions about how the hammond B 3 organ in jazz might have evolved under his stewardship.

Born in 1934, Shirley Scott was a true pioneer emerging as a leading hammond organ player when women instrumentalists were seriously underrepresented.

Nicknamed ‘Queen of the Organ’ her music (as with many hammond players) mixed the Gospel and blues sound out of which the instrument became popular with more intricate and technically advanced bebop stylings.

Scott caught the wave of Hammond B-3 popularity in the late 1950s/early 60s, recording with Eddie ‘Lockjaw’ Davis and husband-to-be Stanley Turrentine amongst other big names of the era.

Whilst her star waned with the organ in the 70s and 80s, she experienced something of a revival in the 90s, recording a series of albums (featuring her on piano) before her death in 2002. 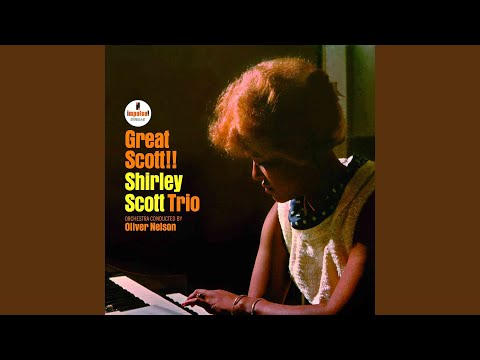 Born in 1968, American organist Larry Goldings is one of the most influential hammond organ players of his generation.

Originally a classically trained pianist (which probably explains the ferocious technique!) it wasn’t until his early 20s that he started to focus on the organ as his primary instrument.

Whilst his technique and creativity has made him a firm favourite amongst serious jazz fans, his highly distinctive sound has seen him an in-demand session player with a variety of artists including John Mayer, Melody Gardot and James Taylor.

Grammy-nominated organ player and winner of Downbeat Magazine’s 2016 rising star poll, Pat Bianchi (b. 1975) has established himself as one of the leading jazz organists on the international scene.

Noted by legendary Downbeat magazine for matching a deep knowledge of jazz organ history with his own voice (“while he is a proponent of the classic jazz organ trio sound, he’s not confined by it”) he has built a reputation as a ferocious improviser and technician.

As with most of the best jazz organ players in history, a portion of his output has been in the classic hammond trio line up (organ-guitar-drums) – in his case with jazz guitar icon Pat Martino.

His playing with hard bop legend Lou Donaldson also links him inextricably to the organ tradition.

Now based in New York and a faculty member of renowned Berklee College of Music, he has released seven albums under his own name, with guests including Pat Martino, Peter Bernstein, Kevin Mahogany and jazz vibraphonist Joe Locke.

The latest (2021) is a tribute to the iconic Stevie Wonder. 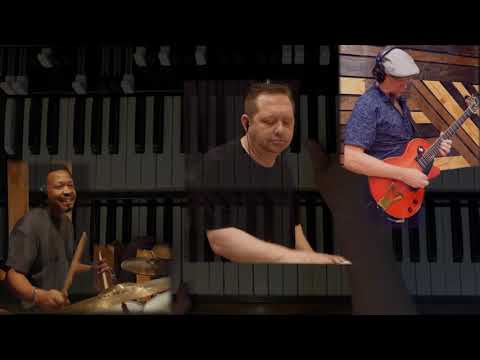 If you’re looking for even more listening tips, we’d highly recommend heading over to your music platform of choice and searching for Tony Monaco, Jimmy McGriff, Barbara Dennerlein, Wild Bill Davis , Trudy Pitts and Jack McDuff on top of our other suggestions!

You can also learn more about the Hard Bop era and find many of the recordings mentioned on our guide to the best jazz musicians of all time.