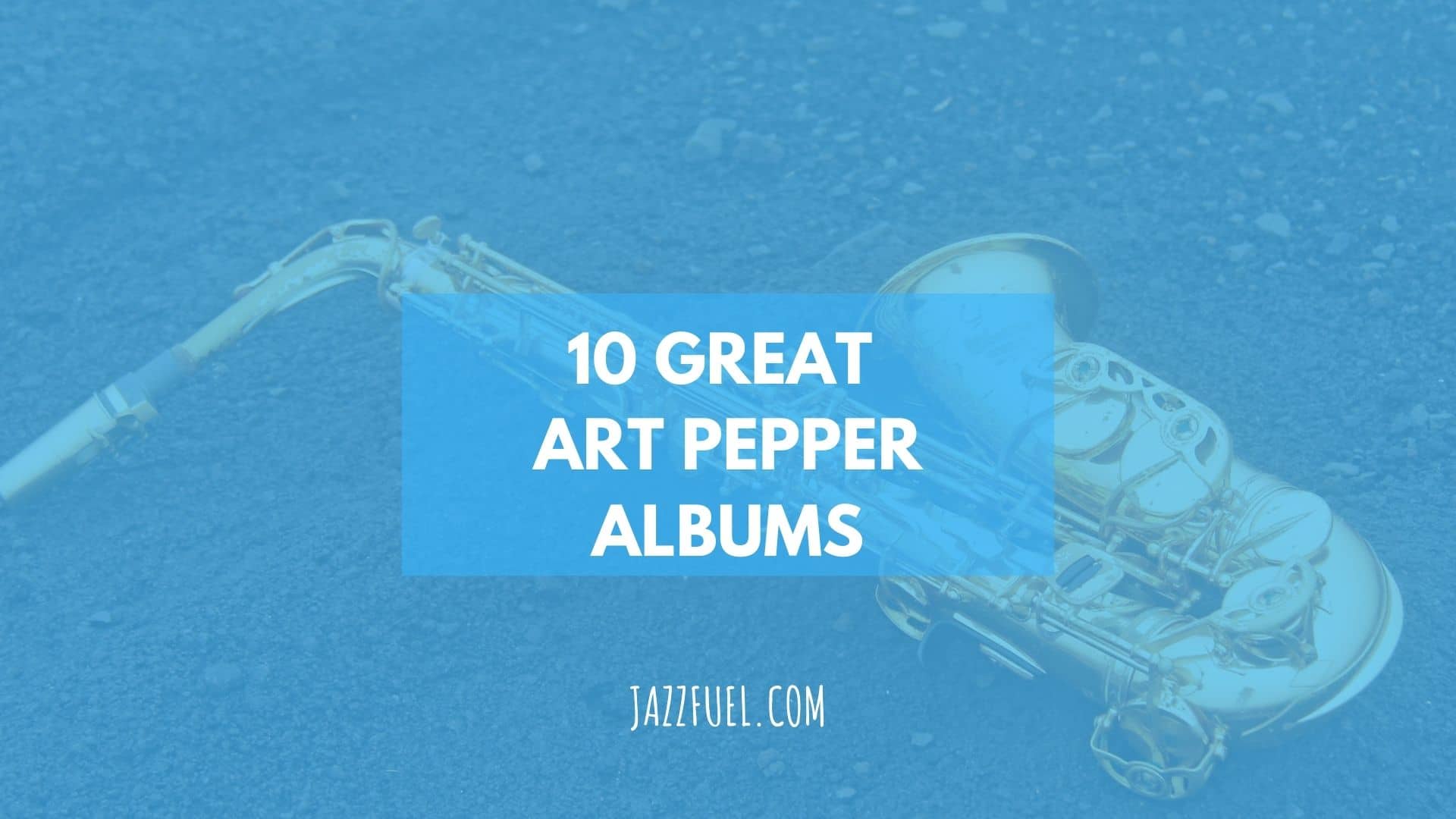 Art Pepper is widely considered to be one of the greatest alto saxophonists of all time and, for this article, we’ve picked out 10 of his best albums to check out.

Born in California in 1925, Art Pepper came to prominence during the 1950s as one of the major soloists of the West Coast and cool jazz movements. But his playing changed dramatically later in his career, as he took on the influence of new stylistic developments in the jazz world.

His personal life was eventful, intriguing and tragic: he struggled with various personal demons and a long-running drug addiction, which saw him spend time in prison and rehab. This partly explains why Pepper has made some of the most memorable appearances in jazz-related media, both in print and on film.

In this article we look at 10 key albums by Art Pepper which tell the story of this fascinating artist’s life and career.

Art Pepper started playing with Benny Carter’s band at 17, joined Stan Kenton’s Orchestra soon after, and by the early 1950s was being recognised as one of the top alto saxophone players in the US: he finished second to Charlie Parker in the 1952 Downbeat readers’ poll.

Surf Ride was recorded with various rhythm section players between 1952 and 1954, but remained unreleased until 1956.

Its title and front cover (depicting a bikini-clad woman on a surf board) seem to evoke the relaxed, sunny spirit of the West Coast jazz scene of which Pepper was a poster boy, although in truth his playing was arguably always somewhat fierier than other saxophonists tagged with the ‘cool jazz’ label.

There are a number of Pepper originals here, most of which are based upon the chord sequences of old standards: ‘Chili Pepper’ is a new melody over ‘Tea For Two’, ‘Susie The Poodle’ is based on ‘Indiana’, and ‘Straight Life’ shares a sequence and structure with ‘After You’ve Gone’.

Elsewhere, The Early Show, from 1952, is a great example of Pepper’s early playing in a live context. It was recorded at the Surf Club in Hollywood and, like Surf Ride, features the excellent Hampton Hawes on piano.

To hear the saxophonist in a big band setting with Kenton, try ‘Art Pepper’ from The Innovations Orchestra.

This 1956 recording was subsequently reissued as Picture of Heath, after Playboy magazine proprietor Hugh Hefner threatened to sue on copyright grounds. The new title refers to the fact that the majority of the compositions are by saxophonist Jimmy Heath, although Heath does not play on the album himself.

The session is jointly led by trumpeter and fellow Los Angeles resident Chet Baker, another star of the cool jazz movement, which was marketed as a more relaxed alternative to New York’s ‘hot’ bebop scene.

In fact, Pepper was very much influenced by bebop, as well as by swing era players such as Lester Young and Benny Carter, and by contemporaries like Lee Konitz. And, in part due to the repertoire – Heath was from the East Coast and rooted in bebop – this is a particularly boppy session. Tenor saxophonist Phil Urso completes a three-horn front line.

Recorded in 1957, this is one of Pepper’s most famous albums.

The rhythm section in question is composed of pianist Red Garland, bassist Paul Chambers (who we profiled here) and drummer Philly Jones; at the time the New York-based trio were all members of Miles Davis’ First Great Quintet.

Things got off to a shaky start: the exact details vary according to different accounts, but Art hadn’t played his saxophone for some time and his horn was a state of disrepair. He didn’t know about the session until the morning of the date and had no idea what tunes they would play.

But everything came together, and the results are fabulous:

“I was so inspired by the rhythm section, I forgot the ‘adverse’ conditions. I’d never played most of the tunes before, and I fell back on the time I spent before the war on the Avenue [L.A.’s Central Avenue, where Pepper used to attend jam sessions as a teenager] playing by ear. Otherwise I wouldn’t have been able to make it.”

Marty Paich was an L.A.-based arranger who wrote for the likes of Mel Tormé, Ella Fitzgerald, Chet Baker and many others.

His elegantly swinging charts, often scored for medium-sized ensembles like his own 10-piece Dek-Tette, were informed by Miles Davis’ Birth of the Cool nonet recordings of the late 1940s and early ‘50s.

Pepper appears on a number of albums arranged by Paich – such as Torme’s brilliant Swings Schubert Alley – but this, recorded in 1959, is the only one with the saxophonist featured as bandleader.

The sixteen-piece ensemble, made up of top L.A. jazz and session players including Mel Lewis and Al Porcino, plays a selection of ‘Modern Jazz Classics’, as the album is subtitled.

Pepper makes a relatively rare appearance on tenor saxophone on the opening track, Denzil Best’s ‘Move’ (originally heard on Birth of the Cool), while Sonny Rollins’ tricky Airegin is another highlight, with Pepper back on alto. He initially played clarinet prior to taking up the saxophone at 12, and Charlie Parker’s ‘Anthropology’ features him brilliantly on the instrument.

This album can be seen as a kind of sequel to Meets The Rhythm Section, in that it once again puts Pepper in the studio with Miles Davis’ rhythm section of the time.

But by 1960, when this was recorded, Red Garland had been replaced in the piano chair by Wynton Kelly and Jimmy Cobb now played drums instead of Philly Joe Jones, while Paul Chambers remained on bass. West Coast trumpeter Conte Candoli completes the quintet here.

The Kelly-Chambers-Cobb combination is one of the most swinging rhythm teams of all time, and the whole band sounds particularly good on the leader’s angular minor key original ‘Bijou the Poodle’.

The penultimate track is a ballad called ‘Diane’, which Pepper composed as a dedication for his second wife.

The title of this 1960 album comes from the opening track, a Rhythm Changes by Harold Land.

Of course, ‘smack’ is also slang for heroin. It’s not clear whether this reference was deliberate, but Art was already having major problems due to his addiction to the drug by this point: he had done a stint in prison for drug offences in the mid-1950s, and shortly after this recording he would be sentenced to three years in San Quentin for possession of heroin.

With a West Coast band including underrated drummer Frank Butler, the quintet plays an interesting repertoire of tunes by saxophonists associated with the Contemporary record label.

The leader’s own contribution, ‘Las Cuevas De Mario’ is a blues in 5/4 time. Dave Brubeck’s Time Out had been released the previous year, but irregular time signatures were still fairly unusual in jazz at this point, and there are other hints that Pepper’s playing was starting to shift in an adventurous new direction.

He still swings hard, with that distinctive bouncy eighth-note feel, and snappy staccato phrasing, but we now start to hear a rougher edge to the sound, a more directly emotive approach.

Ornette Coleman’s blues ‘Tears Inside’ is heard here, and perhaps Art had taken on some of the influence of the free jazz pioneer, who by this point was taking New York by storm, having moved there from L.A.

After spending most of the first half of the decade in prison, Pepper was released in 1966 and for a while only played tenor saxophone, having come under the influence of John Coltrane’s intense modal explorations.

In 1968, however, he returned to the alto after an invitation to join Buddy Rich’s big band. In an attempt to kick his on-going drug addiction, he entered the controversial rehab facility Synanon, where he met his future third and final wife Laurie.

There’s a more vulnerable sound evident on ‘Here’s That Rainy Day’, a long-time favourite ballad of Pepper’s, and there’s a new funky aesthetic to ‘What Laurie Likes’ with Hawes – previously a dyed-in-the-wool bebopper – on electric piano. The saxophonist also employs an impassioned, more gestural approach at times, perhaps as a result of Coltrane’s influence.

The album’s cover photo, which portrays Pepper in a sleeveless black t-shirt with tattoos proudly on display, is a world away from the clean-cut image on the front of Meets the Rhythm Section.

In 1977 Art, now managed by his wife Laurie, had a run of gigs at legendary New York jazz club the Village Vanguard.

The recordings of the Thursday-through-Saturday performances were initially released as four separate albums, but have more recently been released as a luxurious nine-disc box set.

Pepper, heard on alto, tenor and clarinet, shows an increased willingness to embrace dissonance and play ‘outside’, and also to utilise the saxophone’s altissimo register.

There are a few slightly rough-round-the-edges moments, as you might expect from such a comprehensive document, but this is a great chance to hear him in a warts-and-all live setting with a first rate NYC rhythm section: George Cables is on piano, George Mraz plays bass and Elvin Jones, most famous for his role in Coltrane’s classic ‘60s quartet, completes the band on drums.

Pepper was renowned for his heartfelt ballad performances, and of his expressive rendition of ‘But Beautiful’ here, he wrote:

“Billie Holiday sang this song so beautifully. I’ve always been influenced by the way a good singer can express something beyond the words of a song. I try to express the quality of the human voice when I’m playing a ballad.”

In 1979 Art, with Laurie Pepper as co-writer, published Straight Life, a tell-all autobiography.

With numerous remarkable stories – some scarcely believable – about his musical life, his troubled early life, his struggles with addiction and his time in prison, it is an essential book about one of the most interesting characters in jazz.

The following year the saxophonist recorded Winter Moon, an unusual item in his discography in that he is accompanied by a string section.

With most of the tempos on the slower side, Pepper’s skills as an impassioned ballad player are placed firmly in the spotlight. Bill Holman and Jimmy Bond provide the lush orchestral arrangements.

Pepper was quite prolific during this period, recording frequently and touring as a soloist in Europe and Japan.

He is survived by his wife Laurie Pepper, who continues to manage his publishing company and advocate for his artistry. Her independent record label, Widow’s Taste, continues to put out previously unheard material by Art, which can be purchased directly through Bandcamp.

The ninth volume of her Unreleased Art series features Pepper in a live quintet with tenor saxophonist Warne Marsh from 1974. Marsh was a student of Lennie Tristano, and was known for his long snaking lines, with which he aimed for a wholly improvised approach.

Laurie Pepper wrote her own book after her husband’s death, Art: Why I Stuck With a Junkie Jazzman and the 1982 documentary film Art Pepper: Notes on a Jazz Survivor is also very good.

Thanks for reading and we hope you discovered (or rediscovered) some great Art Pepper tracks to check out.

If you’ve got favourites which we missed, or other recommendations and stories to share, feel free to use the comments section…

For more related articles, check out the full collection via the Discover Jazz area. 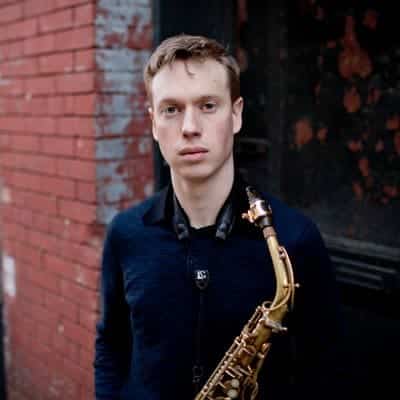