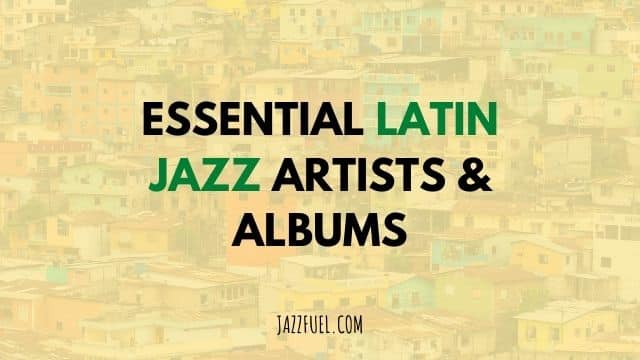 As part of our round up of the different types of jazz, we’re taking a trip into the melting pot that resulted in what we now call Latin Jazz. Stay tuned for 10 of the best latin jazz artists and albums of all time!

Jazz has always featured a myriad of cultural influences, dating back to its inception in the ‘melting pot’ port city of New Orleans in the early years of the 20th Century.

The innovative pianist Jelly Roll Morton, who hailed from the city, referred to a “Spanish tinge” (meaning the influence of Latin rhythms) in his music, and the influential critic Stanley Crouch has described this element as one of jazz’s defining characteristics (along with swing, blues and the meditative ballad).

“…if you can’t manage to put tinges of Spanish in your tunes, you will never be able to get the right seasoning, I call it, for jazz” Jelly Roll Morton

From the 1940s onwards, jazz and Latin music began to be fused together in a more overt way.

There have tended to be two distinct strands of this: Afro-Cuban Jazz Afro-Brazilian Jazz (including jazz samba and bossa nova)

This article will look at 10 great artists, with a recommended album for each entry, all of whom have pioneered and perfected these styles by putting their own twist on an enticing cocktail of jazz improvisation and Latin rhythm.

Legendary Cuban percussionist and singer Machito was brought up in Havana before moving to New York City.

Fusing the Afro-Cuban clave (a repeating rhythmic pattern that underpins a piece in much Cuban and African music) with the improvised jazz soloing that he heard from the African American community in his new home, his band created what are generally considered to be the first examples of Afro-Cuban jazz.

Machito and His Afro-Cubans’ “Tangá”, which was composed by Mario Bauzá in 1942, was the first recording in this new genre.

His band was also one of the first multi-racial ensembles in the United States, and he explored static harmony, arguably anticipating the modal jazz movement that would shake up the scene over a decade later.

From 1957, this classic album features urgent arrangements played by a band largely made up Cuban musicians alongside American jazz stars like Cannonball Adderley. 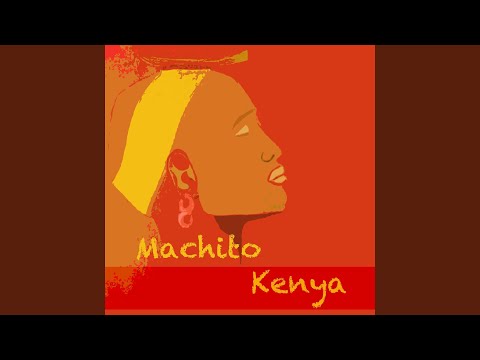 Dizzy Gillespie is perhaps best known for being, along with saxophonist Charlie Parker, one of the most important innovators of the bebop movement in the 1940s.

But the jazz trumpeter was also interested in fusing this new music with the exciting sounds that he heard from recently-arrived Cuban musicians in New York.

His friend and fellow trumpeter Mario Bauzá (the composer of Machito’s “Tangá”) introduced him to Chano Pozo – a Cuban percussionist, dancer, singer and percussionist who would become a key collaborator and another important figure in the development of Afro-Cuban jazz.

Pozo joined Gillespie’s big band on congas, as well as helping guide the trumpeter in his experiments with Cuban sounds and, together, the pair co-wrote the Latin jazz standards “Manteca” and “Tin Tin Deo”.

This fusion with bebop was known for a time as “Cubop”, although the term never really stuck.

Dizzy Gillespie’s most influential Afro-Cuban work was made in the 1940s and ‘50s, although he would return to the style at various points, with 1975’s Afro-Cuban Jazz Moods providing one example.

With laid-back samba rhythms, now typically played on a classical guitar, fused with the harmony of jazz, bossa nova was born.

The most prominent composer in this style was Tom Jobim (as he is often known), a Rio de Janeiro native who took influence from Brazillian composers Arry Barroso and Heitor Villa-Lobos, as well as the classical impressionist sounds of Debussy and Ravel.

Jobim sang and played piano on his own albums, which tend to be slick productions, with gorgeous arrangements played by large ensembles.

But it is as a composer that he had the most impact, his sophisticated songs providing extremely fertile ground for jazz improvisers.

As a result many have become jazz standards, having been interpreted by the likes of Frank Sinatra, Ella Fitzgerald, Chick Corea, Oscar Peterson and many others.

In fact, “The Girl From Ipanema” is one of the most recorded songs in history, while his “Chega de Saudade” (“No More Blues”) from 1957 is generally considered the very first bossa nova composition.

Jobim shares vocal duties with legendary Brazillian singer Elis Regina on this 1974 album, which includes some of his best-loved songs. 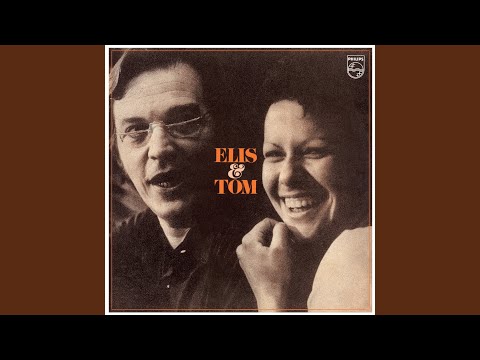 If Jobim was Bossa Nova’s principal composer, then Gilberto was perhaps its most significant performer.

Known as “O Mito”, or “the legend” in his native Brazil, the interdependent relationship between his rhythmically dexterous guitar playing and his soft singing voice is truly something to behold.

Either in a solo setting or as part of a band, his intimate way of interpreting a song and accompanying himself is pure magic.

Early in his career Gilberto’s guitar accompaniment was a key element on Brazilian singer Elisete Cardoso’s 1958 album Canção do Amor Demais, which is now considered by many to be the first bossa nova record.

As he became a star recording artist himself, he would often make definitive versions of songs by his colleague and friend Tom Jobim.

Claus Ogerman’s arrangements place Gilberto’s guitar and vocals in a rich orchestral setting on this 1974 album. Four of the eight songs are by Jobim.

Tenor saxophone player Stan Getz was a member of Woody Herman’s “Second Herd” big band until a feature on the song “Early Autumn” propelled him to a career as a star soloist.

When bossa nova arrived in the USA, his cool jazz sound and innate sense of melody worked perfectly with the new style.

The guitarist Charlie Byrd returned from a tour of Brazil in 1961 and, excited by the music he had heard on his travels, set about collaborating with Getz on Jazz Samba the following year.

After the record sold well and bossa began to take the USA by storm, Getz made an album with the Brazilian originators of the music in 1964.

Getz/Gilberto, which popularised bossa nova world wide, features João Gilberto on guitar and vocals, while Jobim, who composed most of the material, is heard on piano. Astrud Gilberto, João’s wife, was not a professional musician, but sang an English-language version of “The Girl From Ipanema” on the recording session, which became a huge hit.

Getz and Gilberto would collaborate again a few more times, including on the excellent live album Getz/Gilberto ‘76, which remained unreleased until 2016.

But, although the saxophonist largely returned to his straight ahead jazz roots for the remainder of his career, his bossa nova efforts are amongst his most popular and influential albums.

With Getz contributing perfect solos throughout, this Grammy-winning album serves as the perfect introduction to Brazilian-flavoured jazz.

Before moving to New York to study at the Juilliard School, São Paulo-born Eliane Elias had an auspicious start to her career, working with the Brazillian singer-songwriter Toquinho and touring with Vinicius de Moraes, who wrote the original Portuguese lyrics to many of Jobim’s bossa nova standards.

The singer and pianist has released a broad range of material, including albums of classical music, interpretations of contemporary pop songs and a record of music associated with Bill Evans.

However, having won two Grammy Awards for Best Latin Jazz Album, she is perhaps best known for her work celebrating the music of her native Brazil.

Released in 2008 to mark the 50th anniversary of the birth of bossa, Bossa Nova Stories includes some Jobim favourites alongside Brazillian-infused interpretations of some American Songbook standards.

This list contains a mixture of musicians of Latin origin and American jazz players who embraced a Latin influence in their music.

Tjader, a vibraphonist and all-round percussionist from St. Louis, was in the latter category and has been described as the most successful non-Latino bandleader in Latin jazz.

After becoming interested in the music whilst a member of George Shearing’s hugely popular group, he formed his own band, playing music from Cuba, the Caribbean, Mexico and Latin America alongside bebop-rooted jazz.

Later on, as he embraced electric sounds and fusion, his music anticipated the acid jazz craze that would take hold in the 1980s.

“From the 1950s until his death, he was practically the point man between the worlds of Latin jazz and mainstream bop; his light, rhythmic, joyous vibraphone manner could comfortably embrace both styles.” All About Jazz

The title track of this 1964 album is a reworking of a tune by Dizzy Gillespie and Chano Pozo which gave Tjader one of his biggest hits. Although it is more of a straight ahead jazz album, 1958’s Cal Tjader-Stan Getz Sextet is also excellent.

Eddie Palmieri was raised by Puerto Rican parents in the South Bronx area of New York, where he studied the piano, with Thelonious Monk and McCoy Tyner amongst his first musical loves.

As a pianist and composer he combines these American influences with the Latin jazz and salsa sounds of Latin America.

His band La Perfecta featured an innovative trombone-led frontline, in place of the trumpet-dominated sound that was commonplace in much Latin music.

His brother Charlie Palmieri is also an influential pianist and keyboardist in the worlds of salsa and Latin jazz.

One of music’s great eccentric geniuses, Pascoal is known for making music from unexpected objects, including kitchen utensils, body parts, children’s toys and even animals!

Hailing from northeastern Brazil, the multiinstrumentalist was famously described as “the most impressive musician in the world” by Miles Davis, with whom he collaborated in 1972 on Live/Evil.

A virtuoso on accordion, piano and flute, o Bruxo (“the Sorcerer”) continues to tour and record prolifically as he reaches his mid-eighties. His intricate, quirky pieces have seen him recognised as one of Brazil’s finest and most distinctive composers.

An all-star mixture of Brazillian and American musicians (including bass great Ron Carter) makes up the band on this 1976 album. Bizarrely, Airto Moreira is credited with ‘Special Effects with Live Pigs’ on the title-track!

Arturo Sandoval is one of a number of prominent musicians – along with the likes of Paquito D’Rivera and Gonzalo Rubalcaba – to move from Cuba, where attitudes to jazz could be restrictive, to the United States.

The trumpeter was a protégé of Dizzy Gillespie, who helped him defect and ultimately become an American citizen.

The high-note specialist is also a classical virtuoso who has played with symphony orchestras around the world, in addition to making fiery Cuban-influenced jazz and bebop with his own bands.

The winner of ten Grammy Awards, six Billboard Awards and the recipient of a Presidential Medal of Freedom, a film based on his life, For Love or Country: The Arturo Sandoval Story, was made in 2000.

This big-budget large ensemble album from 1991 features Chick Corea as a guest on three tracks. 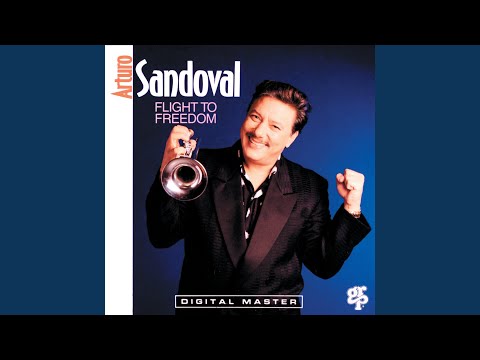 Thanks for checking out this round up of 10 of the best Latin Jazz artists! Hopefully it’s given you some ideas on more great albums to check out.

Of course, there are many more out there which could have been included; feel free to add your own favourites in the comments section.