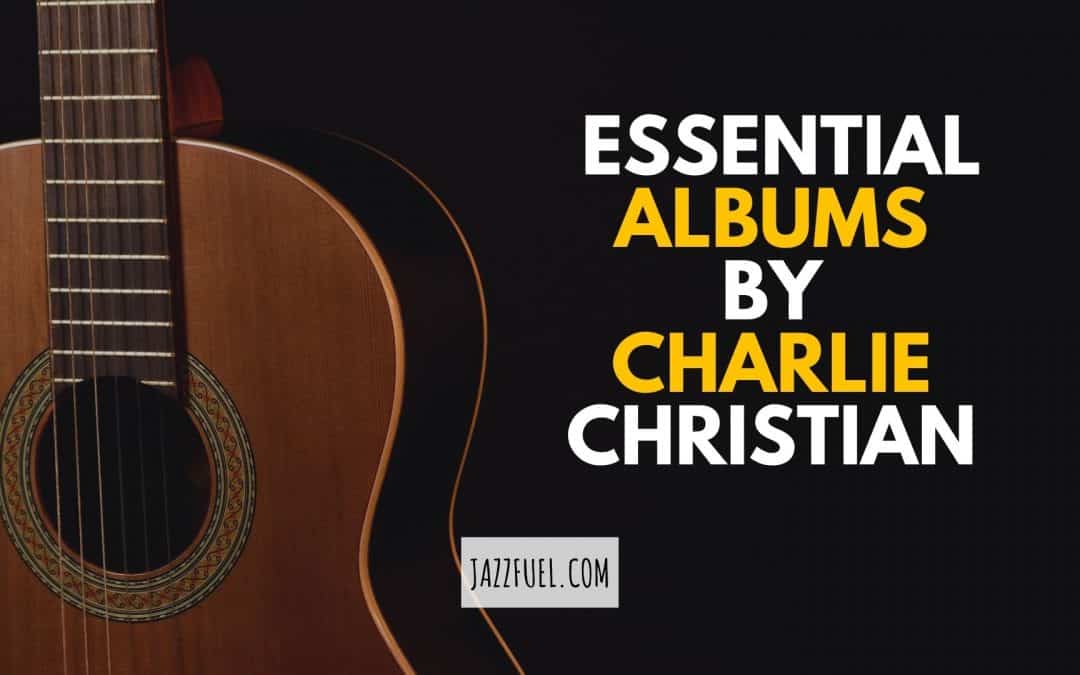 Born in Bonham, Texas, in 1916, Charlie Christian grew up in a musical family. Clarence Henry Christian taught Charlie and his older brothers to play music and they performed on street corners, earning money and goods as buskers

Charlie’s family and teachers nurtured his musical talent at home and school. Then, in 1931, jazz guitarist “Bigfoot” Ralph Hamilton taught Charlie how to play jazz music for a band he led as a pianist in Oklahoma.

Charlie learned three popular jazz songs of the time before getting his big break in Oklahoma City’s Deep Deuce neighbourhood. He played “Tea for Two,” “Rose Room,” and “Sweet Georgia Brown” during an after-hours jam session.

Charlie caused such an uproar with his unique renditions, the entire neighbourhood was talking about the newly minted jazz guitarist before he arrived home that evening.

By 1936, Charlie Christian had become a regional name and was touring throughout the Midwest. In 1939, Charlie snagged a spot in Benny Goodman’s band after playing his solo parts for “Rose Room,” in a version of the song that lasted 40 minutes and received wild acclaim from the audience.

After Charlie began playing with Goodman, his earnings soared to $150 per week and, at the beginning of 1940, Christian was one of the hottest jazz musicians in the country. By 1941, Christian dominated the charts in Goodman’s band, alongside Count Basie, Duke Ellington’s trumpeter Cootie Williams, and drummer Dave Tough.

Charlie’s career was cut short after he contracted tuberculosis, but he kept on playing until his death in 1942 at the age of 25, and his legacy has continued to earn acclaim long after his passing.

A significant contributor to cool jazz and bebop styles, Christian’s electric jazz guitar style laid the foundation for the future of jazz music. His influence can be heard in virtuosos Dizzy Gillespie, Thelonious Monk, Charlie Parker and many more modern jazz musicians.

The legend lives on in the following seven Charlie Christian albums which contain his most remarkable work, all released posthumously.

Seven versions of this album exist, with the earliest released under the Jerry Newman and Bill Fox label, Esoteric Records, in 1951 on a 10″ vinyl LP.

The album contains just two songs, “Swing to Bop” and “Stompin at the Savoy.” Newman recorded the tracks on an early version of a CD burner – a Wilcox-Gay Recordio device that printed recordings onto acetate discs.

Newman also captured these recordings in 1941 at Minton’s Playhouse. Minton’s is considered the birthplace of bop and was one of Christian’s favourite after-hours hangouts.

Charlie Christian with The Benny Goodman Sextet and Orchestra (1966)

The album features Christian’s iconic “Rose Room” solos and the first release of the beloved and enduring classic, “Star Dust.”

Because recording technologies were still relatively new and raw in Christian’s era, there are fewer existing recordings that meet the expectations of many modern listeners.

This early double album contains one of the most extensive collections of extant recordings of Christian’s iconic style.

Until CD recordings came along, Solo Flight was considered the definitive Charlie Christian collection. The album’s producers refined the overall sound by splicing different takes together.

This 2001 album features Charlie Christian’s most classic songs, along with some refreshingly quirky pieces from the late 1930s to 1941. Tracks include the ever-present “Solo Flight,” fan favourite “Flying Home,” the unusual “AC-DC Current,” and the evergreen “Rose Room” and “Stardust.”

While this box set may not contain every single recording from the extensive back catalogue of Charlie Christian albums, Definitive’s compilation includes the best of Christian’s master recordings with Benny Goodman.

The set also offers an array of tracks featuring his work with other musicians like Ida Cox, Lionel Hampton, Eddy Howard, Metronome All Stars, and the Hall/Lewis quartet.

These remastered Tidal recordings feature some of Christian’s lesser-known works like “Six Appeal” along with some of his most loved classics, including “Honeysuckle Rose” and “Stardust.”

This album brings Charlie Christian’s music into the modern era in a way that keeps his archetypal appeal while polishing the recordings of yesteryear.

We hope you enjoyed reading about some of our favourite Charlie Christian albums and recordings.

Learn more about the greats of jazz guitar by visiting our Jazz Guitar Section or take a look at our breakdown of the ten best jazz guitarists of all time and their modern jazz guitar counterparts.