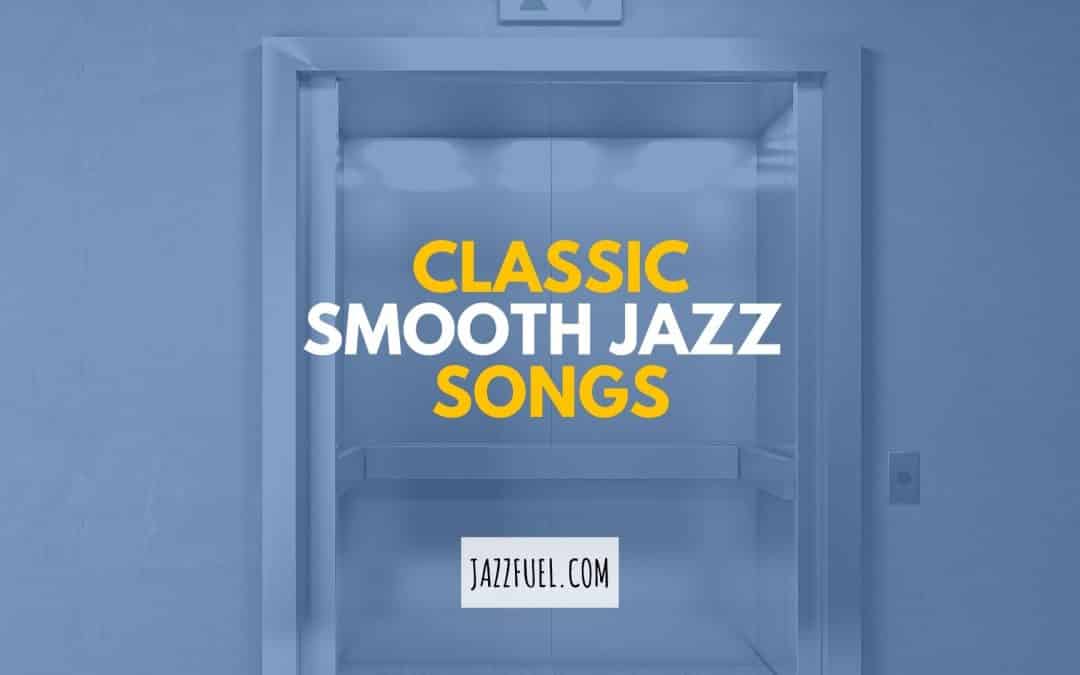 Smooth Jazz music gets a bad rap from some parts of the jazz community, but if you find the best artists playing in this genre, you’ll discover some excellent tunes to listen to.

So, as part of our round up of the different styles of jazz, we decided to put together a list of 10 essential smooth jazz songs which prove that it is certainly much more than elevator music…

Many devout jazz fans dismiss smooth jazz for its commercial sound and seeming abandonment of the principles that jazz music was built on: improvisation, experimentation and creative freedom.

Those who had followed the trajectory of modern jazz from its beginnings in the bebop era mostly turned their noses up at the polished, easy listening sound of smooth jazz.

However, the generation after them, who grew up listening to the likes of George Benson, Bob James and Anita Baker, received the music with open arms, sampling tracks from across the smooth jazz canon to create what would later become hip hop classics.

In this article, we’ll be taking a look at some of the best smooth jazz songs of all time, from George Benson to Lonnie Liston Smith. Perhaps it will change your opinion of this sometimes-maligned sub-genre of jazz!

George Benson was the epitome of cool in the 1970s and 80s. The renowned guitarist released a string of best-selling albums, from the hard bop classic, ‘Beyond The Blue’ to the iconic Quincy Jones-produced R&B record, ‘Give Me The Night’.

Benson bridged the gap between jazz and pop like no other. He seamlessly alternated between virtuosic jazz guitar solos and smooth R&B vocals, also scat singing in unison with his guitar solos, which became his trademark.

A master of the instrument, he was as much at home playing bop with the likes of Ron Carter and Jack DeJohnette as he was singing with Chaka Khan and Minnie Riperton. In recent years, he has even collaborated with contemporary artists like Gorillaz.

His 1976 album ‘Breezin” is the perfect example of his chameleon-like abilities, topping the charts in both the jazz and pop/R&B categories. The album paved the way for the smooth jazz genre which would hit its peak of popularity in the 80s and 90s.

Any tune from this seminal album would fit nicely into this list of the best smooth jazz songs of all time, but we’ve picked Affirmation for Benson’s intricate guitar solo which floats over the track‘s infectious, laid back drum beat and swelling strings.

This track, along with other cuts on the album, would later be picked up by hip hop producers including the late, great Japanese producer, Nujabes.

Keyboardist Bob James, who has released dozens of excellent smooth jazz albums, is another composer whose back catalogue made the foundation for countless hip hop beats.

His tracks have been sampled by the likes of Eric B. & Rakim, Ghostface Killah, Common, Missy Elliott, Beastie Boys and loads more.

James’ band was originally discovered in 1962 by Quincy Jones, who went on to produce his first studio album. Interestingly, his first effort was a piano exploration of free jazz – a far cry from the pop-infused sound that he would later become famous for.

Bob James produced records for some of the biggest smooth jazz artists, including the saxophonist Grover Washington Jr., before releasing pop–jazz albums under his own name.

‘Since I Fell For You’ is a ballad from his 1986 album, ‘Double Vision’, and features two other smooth jazz greats, Al Jarreau on vocals and David Sanborn on saxophone. It might not be pushing the boundaries of jazz, but you can’t deny the passion in Jarreau’s bluesy vocals and Sanborn’s powerful alto sax solo.

Lonnie Liston Smith is a legendary funk, soul and jazz musician who rose to prominence in the 1960s and 70s playing keyboards with jazz greats like Miles Davis, Pharoah Sanders, Leon Thomas and Art Blakey.

Starting out as a pianist, he began to explore the musical possibilities of the electric piano and other keyboards. In 1973 he formed his own group, The Cosmic Echoes.

The band’s sound was spacy, funky and smooth.

Needless to say, his departure from straight-ahead jazz and free explorations didn’t go down well with the fans of his earlier work. As is the case with most artists on this list, Smith gained popularity with a new audience of crossover music fans who appreciated the funk and R&B inflections of his later releases.

His 1974 spiritual funk–jazz album, ‘Expansions’, remains a stone-cold classic, but for this list we wanted something smoother. Smith’s 1983 album, ‘Dreams Of Tomorrow’, contains similar themes of spirituality and universal love but with a gentler, pop-inspired rhythm.

Marcus Miller’s name pops up again here as producer of the album.

4. Incognito – Pieces Of A Dream

The smooth sound is not exclusive to American jazz. Representing the UK on this list is Incognito, the acid jazz innovator whose music often edged into the realm of smooth jazz.

This joyful, R&B-infused song, from the album ‘Positivity’, has an incredible bassline and features the wonderful vocals of Maysa Leak, a hugely popular artist amongst smooth jazz music fanatics.

Sade is another British smooth jazz icon who seamlessly blended jazz and R&B.

Her debut album, ‘Diamond Life’, went multi-platinum in both the UK and US – and for good reason. It contains some of the greatest smooth jazz and smooth soul tracks around, including the album opener and classic R&B number, ‘Smooth Operator’.

Although the album was met with some scepticism from music critics of the time, it is now regarded as one of the best albums of all time and a precursor to neo-soul music which would emerge towards the end of the 90s and early 2000s with the likes of D’Angelo, Erykah Badu and Jill Scott.

‘Your Love Is King’ is one of the more jazz-influenced tunes on the album and one of her best songs.

He began his career with brief stints in the touring bands of Frank Sinatra and Buddy Rich before he relocated to New York and played with saxophonists George Coleman and trumpet legend Woody Shaw.

After five years performing as part of Paul Simon’s band, Botti embarked on a solo career that would frequently fuse pop music and jazz with great success. He has become one of the biggest names in crossover jazz and has earned the loyal support of pop and jazz fans alike.

7. Norman Brown – After The Storm

Rising to fame in the mid-1990s, Norman Brown took the smooth jazz baton from George Benson and pushed the genre forward. He signed to the Motown label Mo’ Jazz in the early 90s and quickly became one of the most talked-about artists on the soul–jazz scene.

‘After The Storm’ is one of the musician‘s best-known records and contains many of his greatest tunes. The title track is mid-tempo and carefree, with plenty of smooth synths and intricate guitar work which has led to many comparisons with his idol, Benson.

Grover Washington Jr. was one of the leaders in crossover jazz in the 1980s and 90s. ‘Winelight’ is an early smooth jazz record released in 1980, which earned acclaim on its release and has since become a classic of the genre.

One of the most common criticisms of smooth jazz is its unadventurous solos, but on ‘Winelight’ Washington departs from the melody and offers up an interesting and virtuosic solo, which makes this track well worth a listen!

Okay, we admit that many Kenny G albums sum up what jazz musicians and fans don’t like about this genre… but he did release one or two great tunes!

With his name practically being synonymous with smooth jazz, no ‘best of’ list would be complete without mentioning the divisive sax player.

‘Duotones’, Kenny G’s 1986 best-seller, is probably the album of his that fared best amongst music critics, with Allmusic editor, Stephen Thomas Erlewine giving it 4 and a half out of 5 stars.

‘Sade’ is a danceable number with a funky synth bassline and R&B-influenced keys which provide the backing to Kenny G’s cheesy yet emotive soprano sax playing.

It’s definitely worth a listen if you’re diving into this style!

This infectious track is included in a compilation of lesser-known smooth jazz gems via the acclaimed reissue record label, Numero Group.

Although these cuts are by no means classics, the quality of the music is fantastic and they make an ideal gateway into this genre for the listener.

Smooth jazz is here to stay.

Through its use as background music and in the popular smooth jazz radio station format it has become part of everyday life, in a way that many other styles of jazz haven’t.

Thanks for joining us for this top 10 list of our favourite smooth jazz recordings. Have any of these tracks changed your opinion of smooth jazz? Let us know in the comments!

Looking for more articles about the greatest jazz albums of all time? Check them all on our Discover Jazz homepage here.