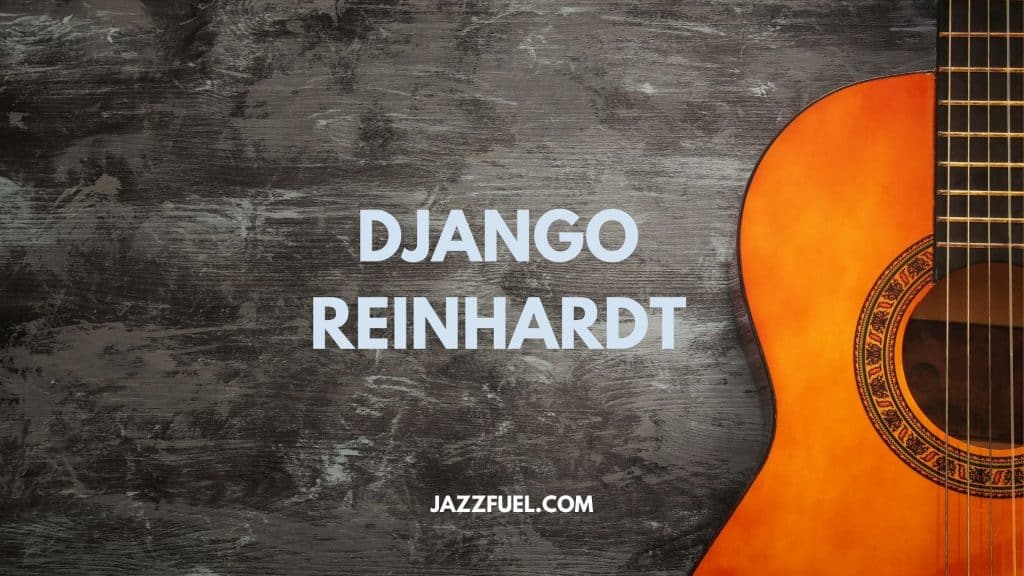 In this article we’ve prepared a brief trip through the life & music of legendary jazz guitar player Django Reinhardt, who popularised the Gypsy Jazz style of music.

With his pencil moustache, Romani-French guitarist Django Reinhardt was the first major European jazz musician, and remains arguably the most significant and famous jazz guitarist of all time.

After being exposed to American jazz, he combined the influence of this with Roma-style guitar playing to help create Gypsy Jazz, popularising and becoming the figurehead of this movement.

He would go on to record or perform with American giants such as Coleman Hawkins, Benny Carter and Duke Ellington, but the iconic sound of his 1930s work with violinist Stéphane Grappelli as part of the Quintette du Hot Club de France might be his greatest legacy.

​The birth of ‘Django’

Jean Baptiste Reinhardt was born into a Manouche Romani family in Liberchies, Belgium, on 23 January 1910.

Nicknamed “Django” from an early age, whilst living in Romani encampments near Paris he began to play violin, banjo and guitar, mimicking various musical family members and other local players, and subsequently busking in cafes as a teenager.

Aged 17, he made his first recordings on the ‘banjo-guitar’ (essentially a banjo, but with six rather than four strings, and tuned like a guitar) in 1928.

Whilst accompanying solo accordionists Maurice Alexander and Jean Vaissade he gives little indication of the jazz improviser that he would later become, although his name had apparently begun to attract international attention already by this point.

A key event in Django’s life came about in November of that year.

He had recently married Florine “Bella” Mayer when the young couple’s caravan caught fire, with Reinhardt receiving extremely severe burns. He was hospitalised for 18 months, and there was even talk of amputating his right leg, but he resisted this and was later able to walk with a cane.

During his long recovery he was forced to adopt a radical new approach to his instrument, which usually requires the use of all four left hand fingers on the fretboard.

Now playing an acoustic guitar bought for him by his brother, he developed a method of playing that utilised only the index and middle fingers on his left hand (whilst his right hand strummed as normal), due to irreparable tendon damage to his ring and little fingers.

That he was able to attain such dexterous virtuosity from a position of apparent physical disadvantage has astonished listeners ever since.

Reinhardt’s repertoire had until then largely comprised Bal-musette (accordion-led French music with Italian influences, which gained popularity in Paris in the late 19th Century) and Sinti/Romani songs of the day, but during this period he was exposed to the influence of American jazz for the first time.

It has been claimed that his friend, the artist Émile Savitry, was instrumental in introducing Django to this increasingly popular style – Savitry’s record collection included Louis Armstrong and Duke Ellington – and that Armstrong’s ‘Dallas Blues’ was a source of particular inspiration.

The typical jazz small group includes drums and usually a trumpet and/or saxophone, but the Quintette’s line-up was unusual in that it was the first major jazz ensemble to feature only string instruments. Although horn players would record with the group at various points, this string-only instrumentation became the go-to format for Gypsy jazz bands.

Django was also the first person to feature the guitar as a lead solo instrument in jazz.

The electric guitar did not come into popular usage in the genre until the late 1930s, so whilst there were a few prominent players who preceded him, such as Eddie Lang (who played with Bix Beiderbecke and Paul Whiteman), jazz guitarists until that point could rarely be heard clearly above the rest of the band, and tended not to take linear solos.

However, the quieter nature of the Quintette’s instrumentation, and especially the absence of drums, allowed Django’s nimble improvising to be heard clearly, despite the lack of an amplifier.

On recordings like ‘Dinah’ and ‘Tiger Rag’ from 1934, the interaction between Reinhardt and Grappelli is magic, with the pair trading ideas on top of the bouncy swing of the rhythm guitarists and double bass. Alongside the typical swing repertoire of the day, the group also recorded Reinhardt’s compositions, despite the fact that he could not read music.

‘Minor Swing’, ‘Swing 42’ and ‘Djangology’ and many others have become Gypsy jazz standards, while ‘Nuages’ has been played outside of this sphere by musicians including Paul Desmond and Sidney Bechet.

The Quintette toured extensively in Europe, experiencing particular success in the UK. Meanwhile, both Django and Grappelli continued freelancing and recording elsewhere.

A 1937 session with visiting American heavyweights Coleman Hawkins and Benny Carter includes fantastic takes of ‘Honeysuckle Rose’ and ‘Out of Nowhere’, although Django is featured much less heavily than with the Quintette. 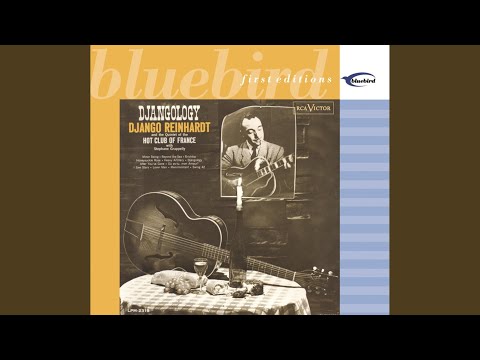 The outbreak of war in 1939 put an end to the Hot Club’s touring schedule, with Grappelli remaining in England after a concert in London and Reinhardt returning to Paris, where he was fortunate to survive the horrific treatment of Gypsies during the Nazi occupation.

During wartime he married his second wife, Sophie ‘Naguine’ Ziegler and experimented with formal classical composition (possibly in part due to the Nazis’ hostile attitude towards jazz).

He continued to lead a new version of the Hot Club with clarinettist Hubert Rostaing in place of Grappelli.

The final years of Django Reinhardt

In 1946, with the War over, Grappelli and Reinhardt were reunited and the latter was invited to join Duke Ellington’s Orchestra on a tour for what would be his only visit to the United States.

While the surviving audio of this meeting is certainly worth hearing, the tour was considered a failure and was poorly received by critics: Django would often arrive late onstage and apparently struggled with a now amplified guitar in large concert halls.

As Reinhardt continued to record extensively in the late 1940s and early ‘50s, his music took on something of a bebop flavour – he was intrigued by the radical sounds emerging from New York – and he played the electric guitar accompanied by a more standard jazz rhythm section including drums.

In 1953, now living in Samois-sur-Seine, he suffered a stroke and died suddenly aged 43.

Interest in Reinhardt and Gypsy jazz lay mostly dormant for a while before seeing a big revival decades later, particularly from the 1980s onwards, and he is now considered one of the greatest and most influential guitarists of all time.