DistroKid, CD Baby & TuneCore – Which Digital Distributor Is Right For You? 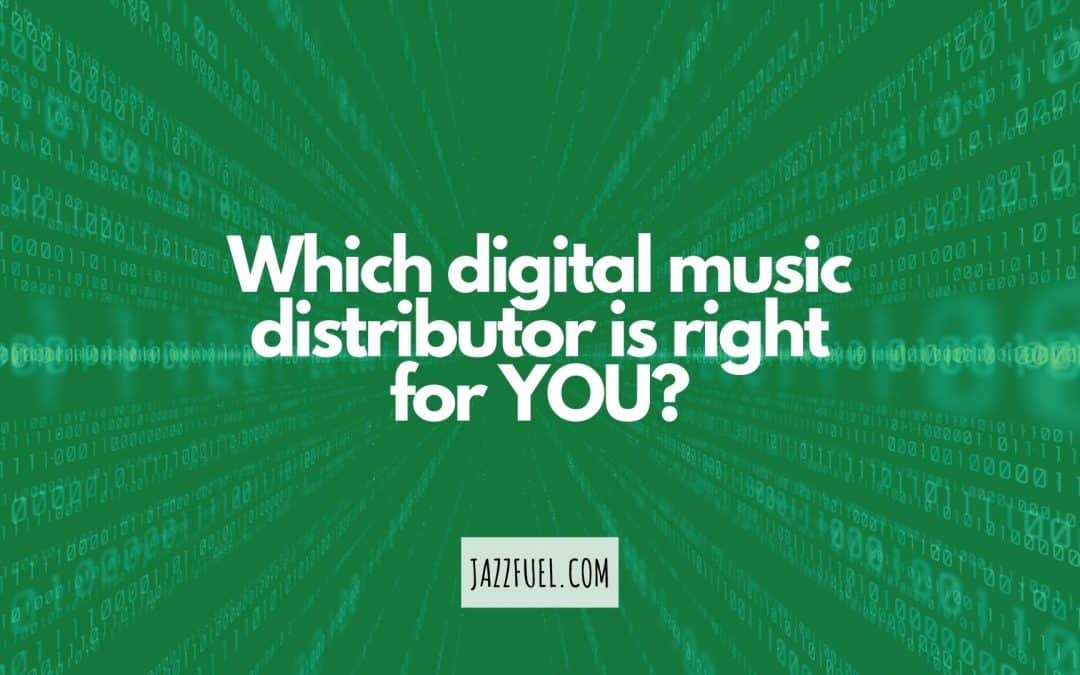 As every jazz musician who’s self-released music knows, picking a digital music distributor to get your tunes into online stores like Spotify and Apple is a seemingly simple task which somehow ends up turning into a time-consuming and confusing decision.

In this article, Will Chernoff simplifies the process by looking at the different offerings of three of the biggest distributors out there.

You’ll find endless content on YouTube, and on the web, about digital music distributors: DistroKid, CD Baby, TuneCore, and all the rest.

If you want your music on the big streaming platforms, you must choose one. This choice can be intimidating: there are many more distributors than just those three, and they all differ from each other on many levels.

One of them might be the best for you, though—and the first step to finding out is taking a look at their pricing models.

If you focus on the western world’s big three digital music distributors, which open their doors to everyone – DistroKid, CD Baby, and TuneCore – you’ll find three different pricing models.

One of these three models will be the best for you. Let’s cut through this crowded environment and find out which one.

[note: as of June 2022, Tunecore have updated their pricing to more closely match that of Distrokid. You can discover that here or check back here soon for our updated comparison]

Here are links to the pricing pages of each company:

Yes, these three companies charge different prices, but when choosing the right one for you, the pricing model is the important bit.

Let’s face it: the up-front cost of distribution is small compared to that of your whole jazz album. Spending $35 on distribution instead of $10 won’t change your project.

But what will change your plans is how often the distributor charges you. That’s because if you choose the wrong one, the future costs can really add up.

Let’s explore each of the three companies’ pricing models, and see which one is most cost-effective for you:

Do you have many releases planned for this year? DistroKid charges you annually.

DistroKid is the best deal if you release a lot of music. You can release 100 singles and still pay the same amount! That’s why their tagline is “Be Prolific”.

Almost all artists will start at the Musician Plus plan. That’s because the starter plan doesn’t let you do many basic things, including setting a release date into the future.

DistroKid makes profits by charging per-release for optional services, like YouTube monetization. They’ll also raise the annual fee if you have many different album artists credited on your releases through them.

But don’t worry: most jazz artists like you will be totally fine at the base Musician Plus price. And, you can still have featured artists on your tracks at no charge.

If you need a mechanical licence for distributing a cover version, DistroKid can take care of that – but they will charge a small annual fee per-song.

All in all, DistroKid is so affordable that plenty of artists won’t even consider going elsewhere.

But maybe you don’t like the idea of being stuck with an annual fee, year after year, to keep your music catalogue available. Or, you don’t want to pay for certain add-on services again every time: that will add up quickly.

If that’s you, check out CD Baby:

You’ll only pay out-of-pocket each time you distribute each project on CD Baby. No annual fees!

The fee is smaller if you’re only releasing a single, as opposed to any release with 2 or more tracks.

After that, they take a 9% revenue share from everywhere they distribute, but they’ll never charge you again.

Keep in mind that your payment per-release to CD Baby will include paying for a UPC, unless you issue your own barcodes for some reason.

So, how will you know if CD Baby is right for you? It’s all in your reaction to the phrase “revenue share”.

If you’re early in your audience-building journey, why worry about that? 9% of small revenues is, well, quite a small thing to give up.

But if (nay, when) your release accumulates millions of streams, that 9% will represent hundreds of dollars. And that’s for every million more streams it gets, forever.

Maybe you like that concept, but the fact is that your success could make CD Baby much more expensive than DistroKid.

And if there’s one of the three that caters to highly successful artists, it’s TuneCore:

With TuneCore, you pay for each release, each year. No revenue share, and not really any optional charges per-release.

To cover YouTube, they’ll charge you only once up-front and then take a 20% revenue share to monetize.

Now, TuneCore is so obviously more expensive for most artists that you can decide pretty quickly if it’s a no-go.

The annual fee for just one album is more than DistroKid’s entire annual fee, which covers unlimited releases! (They do discount it in year one.) Imagine how that would add up over multiple albums.

But then again, if you’re about ‘quality over quantity’ and your releases get lots of streams, I could squint and see the argument.

If you have a small label or collective, that’s a great reason to give TuneCore a look. With them, you’ll be putting out music by many different album artists at no extra charge. DistroKid, in contrast, would scale up your price pretty quickly.

But solo artists releasing frequently? You’d need consistent money coming in, to cover those annual fees as they stack up. It’s a no-go!

To recap the up-front pricing models:

And then to summarize their secondary ways of making more money:

Getting prepped to send music to online stores? Have another preferred digital music distributor? Let us in the comments section or join the conversation inside the Jazzfuel Facebook group.

Will Chernoff is a Canadian bassist, composer, entrepreneur, and writer. As a jazz artist, he released his first album Aim to Stay in 2020. Visit williamchernoff.com to learn more.