The 12 Week Album Set Up 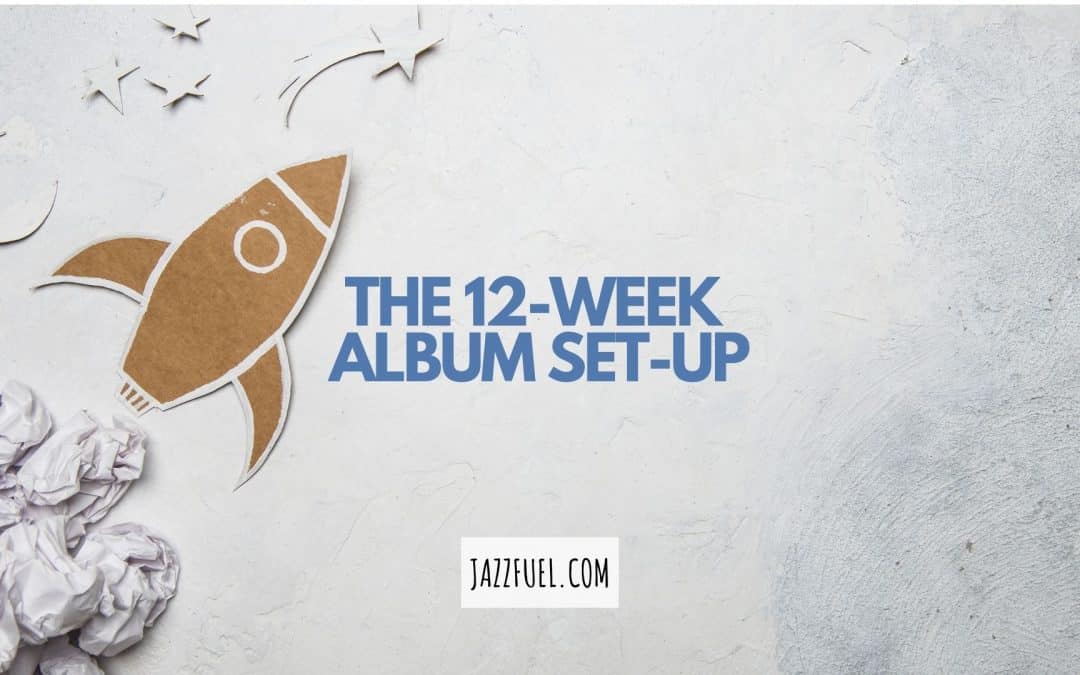 How long should you plan for an album launch campaign? Whilst it’s not an exact science, here’s our opinion why 12 weeks is a good mix of realistic and success…

Working on more 50 album releases last year, we got to see a whole range of best (and not-so-best) practices when it comes to getting music out there into the world.

Whether the goal is to reach maximum new listeners or set yourself up for better gig bookings, releasing an album can be a massive help.

But recording a beautiful collection of tunes is only part of it; if the album is not set up and promoted in the best possible way, you’re missing out on a lot of opportunities.

So how much time do you need to plan and execute a release?

Whilst “the longer the better” is true to an extent, a 12-week release plan is a great mix between realistic timing and getting lots out of the process.

The timer doesn’t start when you get out of the studio, though…

In terms of kicking your album launch plan into action, this can’t really start until you have the final masters of the tracks and some artwork.

Until you have these ready, you can’t do four things which will allow you to sell music, drive awareness, get press coverage and book gigs.

Whilst these four things are only part of the picture, they are kind of like the framework that everything else will hang on.

And each of them has weeks (not days) built into them…

Whilst press coverage can be beneficial for booking gigs in the long term, the easiest time to get journalists engaged is when it’s fresh and new.

Given the amount of content these websites & magazines are receiving, you need to prepare for two things:

So in order to have reviews out around the release period, connecting with these press contacts 8+ weeks ahead of time is a good bet.

Factor in the time to manufacture the CDs that some journalists will request and you arrive back at 12 weeks.

If you want to gain traction on Spotify, it’s important to release singles, drive listeners and pitch for playlists.

If you aren’t spacing these singles out enough, or submitting them to DSPs early enough, you will drastically reduce your chances of ‘wins’ there.

A classic tried-and-tested schedule is to release three singles from your album in advance.

Three singles released 3 weeks apart, with a 3 week period for a digital distributor to process them, gives you 12 weeks.

Making your album available for pre-order allows you to generate more attention (and sales) over a longer period of time.

Having a pre-order link on Bandcamp (or similar) gives you a focal point for any social media, website, video or newsletter content you’re creating ahead of the full release.

Every time you post something that engages people, you can give them a direct call to action reminder: pre-order here.

It’s not just about driving sales, but also awareness, because there’s a built in ‘excitement’ about something that’s “coming soon” which catches attention much more than “recently released.”

In fact, the pre-order period simply acts as a marker for you to start shouting, unashamedly, about what’s coming via every platform you use.

The skill with a pre-order is stretching out the period as long as possible, without losing peoples’ focus and attention.

Two months is a good amount of time and can be set to coincide with the singles on streaming platforms.

Someone hears your track on social media or Spotify and likes it? There’s a link to immediately pre-order.

Factor in the time to send your newly mastered tracks to a CD manufacturer and you can easily arrive at that magical 12-week mark again.

Hopefully you’re reading this before you’ve committed to a specific plan.

But if you’ve already announced your release date, or put some other immoveable object in the diary, there’s no need to panic!

These 12 weeks are designed to give plenty of time, so you can always speed this up by knuckling down to some extra hard work or adjusting the schedule….

So that’s our explanation of why 12 weeks seems to be something of a magic number.

What was the ‘lead time’ of your last release and how did it work out for you?

Let us know over in the Jazzfuel Facebook group.