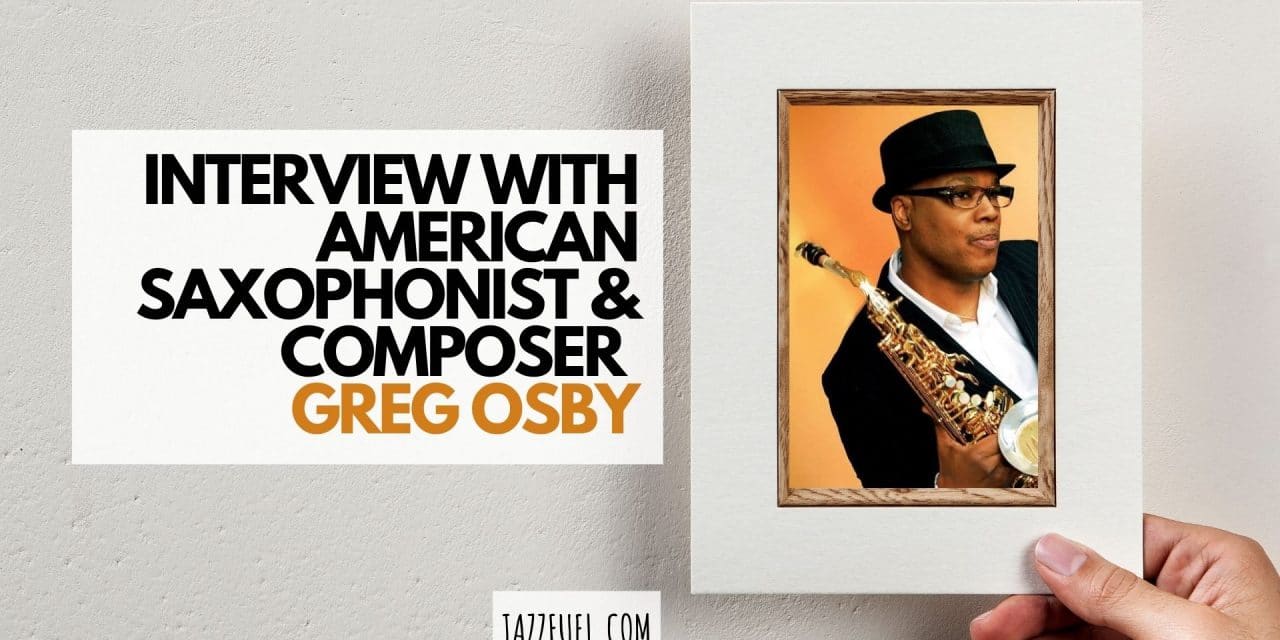 Hailed by The New York Times as one of the “most provocative musical thinkers of his generation” New York saxophonist and composer Greg Osby has been pushing the boundaries of contemporary improvised music for more than three decades.

His prolific output is not just restricted to his music; he has been hosting a blog (OzBlog) since 2014 where he writes candidly about various aspects of life and music.

Since we’re in touch as part of our work on the release of the duo album Reflections Of The Eternal Line (featuring Greg alongside Swiss drummer Florian Arbenz), it seemed like a no-brainer to ask him to share some advice for musicians around the world!

And, as Florian noted, “Greg is as generous with sharing all his information as the jazz legends in the generation before were with him!”

You can find the full interview below, followed by a more detailed bio of his life and work, but here are three quotes that stuck out: 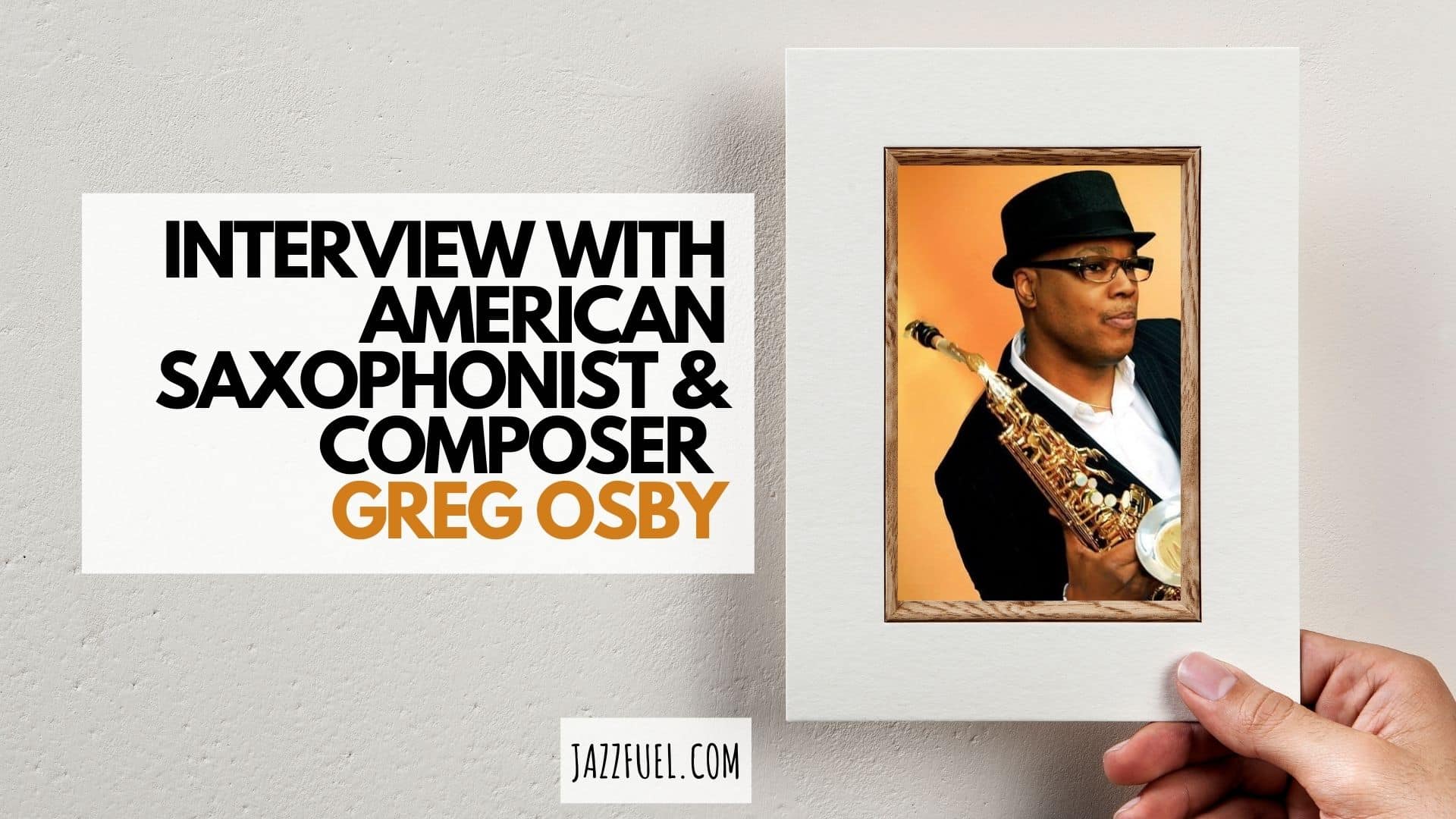 Early on you worked as a sideman with some of the older jazz legends. Did you get any insight into how they managed their long-term careers business-wise?

During my time as a developing young artist, I made every effort to be as observant as possible and to never take any situation for granted.

I also always made certain to ask a lot of questions about how to build and maintain a solid career.

Fortunately for me, every great musician that I performed with was very generous with their information and answered every question that I asked about leading a band, recording, contracts, negotiation, dealing with record companies, booking agents and managers, investments, taxes, etc.

Each opportunity was a complete education.

You’ve recorded and toured as a guest with a whole range of projects. How do you decide what to say yes to?

I normally agree to perform with artists that present me with challenging and inspiring music.

I particularly enjoy situations that make me think and respond in unexpected ways. My decision to participate is not always based upon on the payment amount.

Despite being recorded live on a single minidisc player, Banned in New York has become an important record for many jazz musicians. For new musicians in 2020, do you think releasing live records can be a viable alternative to a studio album?

Live recordings offer the best example of what an artist or group actually sounds like, without the studio magic.

However, when it is revealed to an audience that a live recording is taking place, unnatural things happen – such as excessive applause, screams and whistles and sometimes fake silence.

In my opinion, the best and most natural live recordings are made when the audience (and the band) does not know that they are being documented.

Musicians often do not play their best during recordings.

“Banned in New York” was an accidental recording made on Mini Disc. After listening to it, I thought that it felt and sounded so good that I decided to release and share it.

My band played amazingly that night as they normally would – without any reservations or inhibitions.

If you were starting out again, fresh from music school, how would you go about establishing yourself on the New York jazz scene?

To be honest, if I could go back in time, I would not attend music school at all.

Instead, I would have chosen to develop my skills and knowledge by seeking out established veterans and legends and ask to study with them privately or to apprentice with them otherwise.

These days, unless a music student intends to become an educator themselves, a music degree has little realistic value in the very competitive professional music field. A music degree offers no guarantee to professional eligibility or success.

Also, the environment is totally different now than it was in 1982 when I arrived in New York.

At that time, there were dozens of jam sessions all over town where we could test our skills on a daily basis.

Most musicians that I knew also had jam session at their apartments. There were no mobile phones or internet, so players had to meet, practice and perform in person.

Now, artists can blog, podcast, have a website, teach privately, and use all of the popular social media outlets to promote themselves.

There are no limits.

You studied at some of the great US music institutions. How important was that in both musical education and for making connections in the industry?

Studying at school offered me an opportunity to connect with and exchange valuable information from a group of my peers, all of whom were pursuing the same goals.

But, to be honest, very little of what I studied in school was directly applicable to making a living once I was on my own.

I do not conceptualize nor compose music using the principles that were discussed in school. Much of the material was dated or impractical.

I learned by actually touring and asking millions of questions.

You signed to Blue Note Records early on in your career. How do you feel labels like this were working differently in the past, compared to today?

The primary advantage of major label affiliation was that they offered global distribution and very efficient and effective promotion of the recordings.

The disadvantage is that they OWNED the master recordings and for some artists, all or part of the publishing and copyrights of the work. It represented the worst possible scenario for any creative artist, unless they were a pop artist selling large numbers.

Today, artists have the option of recording, manufacturing, selling and promoting their own work – while maintaining 100% ownership of their property.

Of course it involves a great deal of work and focus, but the reward is that the artist does not have to relinquish control of their creations to a company that may or may not be concerned with the artistic value of the work.

For many companies, the recording is merely “product” that they want to profit from. They are not concerned with art.

You release via your own record label Inner Circle Music. What are the reasons you’d recommend a new musician today to search for a record label, rather than go dow this DIY, full-control route?

I would not recommend that a musician surrender their work to a record company.

How do you think musicians should approach the concept of ‘promoting’ their new music if they are unsigned and self-managed?

The demands of the music industry have changed substantially and musicians can no longer separate the responsibilities of self promotion and performance.

It is imperative that artists assume multiple roles of manager, promoter, agent, tour manager, and publicist.

You recently wrote at length on the topic of ‘best of’ awards from jazz magazines. How do you see the role of the jazz press in getting music to a wider audience?

Most previews and reviews are written by non-musicians or persons who were not capable of sustaining themselves as a professional musician.

The logic behind allowing this to continue is absolutely absurd.

No other profession allows non-participants to speak authoritatively about a subject that they have not mastered.

So it is safe to say that I do not value their opinions very much at all.

“Best Of” lists are simply a reflection of the opinions of so-called journalists.

They never pick the releases or artists who are held in the highest regard by the players. They simply pick who does the most performances or tours, which is not a true measure of an artist’s worth or integrity.

Those lists are basically a popularity contest, and music or art should never be competitive.

Big thanks to Greg for taking the time to answer these questions and I hope you found some inspiration and food-for-thought.

You can also find out more about his record label – Inner Circle Music – here.

Saxophonist, composer, producer, curator, educator and PEW Fellow Greg Osby has, for the past 35 years, firmly established himself as one of the most influential artists on the international creative music scene.

Highly regarded for his insightful and innovative approach to composition and performance, Osby is a shining beacon among the current generation of jazz musicians.

He has earned numerous honors, awards and critical acclaim for his recorded works and passionate live performances.

Born and reared in St. Louis, Greg Osby began his professional music career in 1975, after three years of private studies on clarinet, flute and alto saxophone.

Coming from a vibrant and musical city, Osby showed an early interest in the performing arts and spent his years in secondary school with a heavy involvement in Blues and Jazz groups.

During Osby’s early period, he also collaborated with many ethnic and new music ensembles in the New York area.

Osby is also a founding member of the innovative M-Base music collective.

The influence of Jack DeJohnette

In 1985 Osby was invited to to join Jack DeJohnette’s innovative group, “Special Edition,” where he was a member until 1992.

It was as a member of this ensemble that Osby was able to fine tune the more personal and specific aspects of his conception in an open ended, no holds barred musical situation.

Says Osby, “My musical thinking for performance and composition advanced by light years as Jack was open to my input and was very encouraging in pushing me to towards maintaining a steady flow of experimentation. It marked a major turning point in my development as an artist.”

With this situation, he felt that he was finally able to accurately chronicle his life through a transparent musical lens. He had free creative reign to do whatever he wished. He recorded four CD titles for that label.

Osby signed with Blue Note Records in 1989 and recorded fifteen outstanding recordings for that label as a leader, many of which that are considered by many to be modern-day classics.

In 2007, Osby launched his own label, “Inner Circle Music”, which serves as a platform of expression for many of today’s brightest artists.

Osby’s continuing commitment to “pushing the envelope” in his music has also lead to various teaching positions and residencies at institutions such as The Banff Centre, the Peabody Conservatory, Harvard University, The Manhattan School of Music, Berklee College of Music, Princeton University, The Seoul Jazz Academy, The Siena Jazz Association, Vallekilde Højskole Jazz and The Royal Academy of Music, among many others.

From the pulse of the streets and the language of a generation, Osby has sketched numerous musical essays set to a contemporary score using the improvisational nature of Jazz as the connecting thread.

“I’d like to be regarded as an experimentalist that employs a broad variety of unique elements into a personal musical language. With each outing, I make every attempt to explore the boundaries of harmony and color, and to weave them into dramatic aural narratives. Everything that I do is based upon very particular aspects of sound, structure, and science as well as intuition, intellect and the human spirit.”

We pulled together a selection of videos that Greg has published on Youtube and his website, to showcase some of the diverse and creative projects he’s played in… enjoy!

International jazz booking agent, manager and host of Jazzfuel. Join the mailing list for more free content, or become a member of Jazzfuel Manager (members.jazzfuel.com) for 1-to-1 support & feedback. 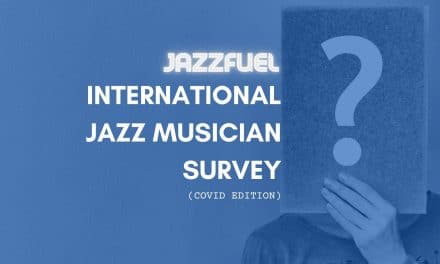 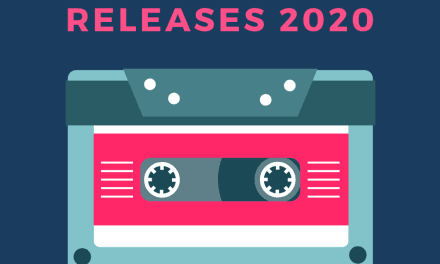 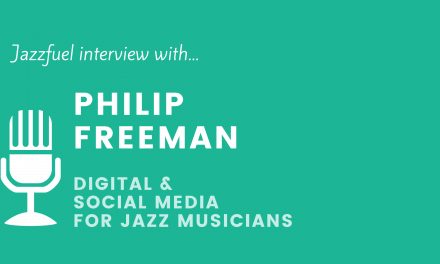 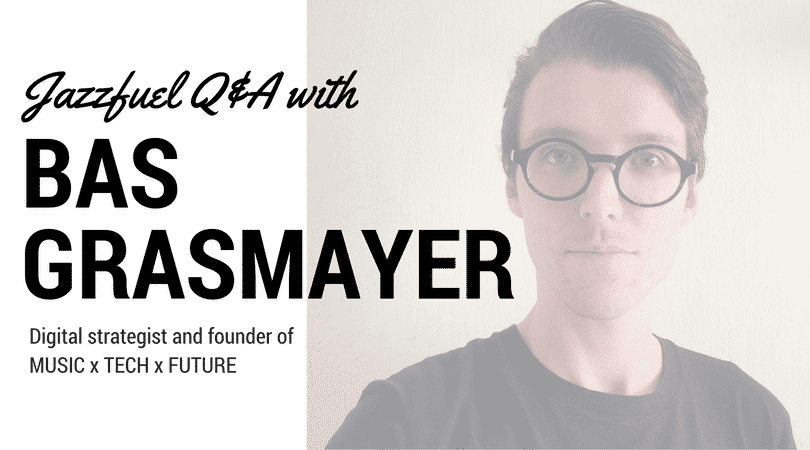 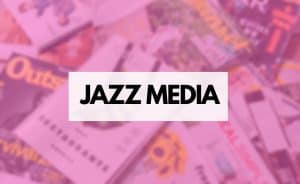 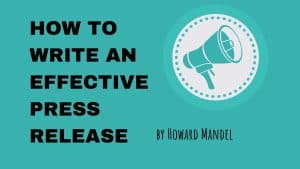 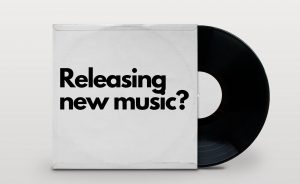 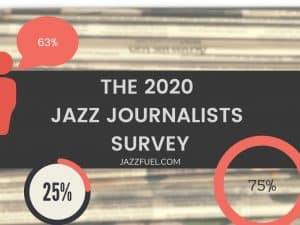 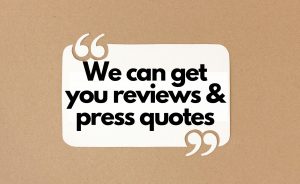