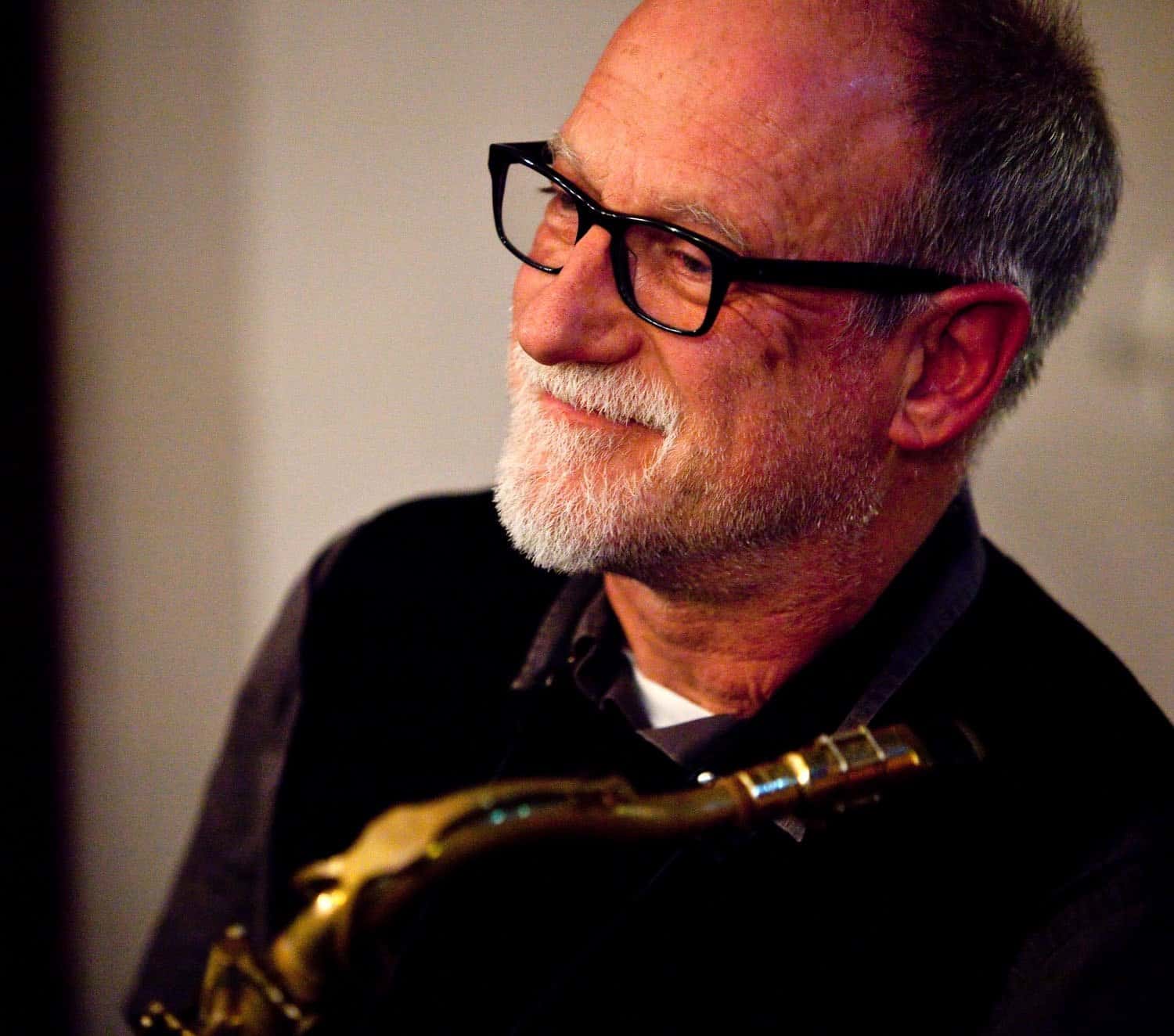 Peter Bacon is editor-at-large of London Jazz News – recently described as the most in-depth local jazz coverage on the planet – and has been writing about jazz for 40 years.

He’s written about albums and concerts from various positions, including as a full-time newspaper journalist in Birmingham and through his much-loved blog The Jazz Breakfast, so has seen first hand how both the music and its promotion has evolved.

As someone who continues to get sent a LOT of music and press releases from musicians around the world, I wanted to get his journalistic (and music lover) tips on how we might approach this more successfully.

As a side-note, if you’re looking for a way to get into the London jazz scene – or increase your profile there – signing up to the free weekly newsletter from London Jazz News is a very good place to start. You’ll get a weekly reminder of the many opportunities that are out there, as well as the musicians who are already doing great things in the city.

(I’d recommend reading a bunch of reviews before sending press releases and emails too. Ideally, this’ll give you a better idea of what they are covering and maybe even which specific writer you want to reach…)

Full interview below, but first a couple of key highlights…

How important is a great press release / bio in grabbing the attention of reviewers?

Fairly vital, I think, and with the technology these days that press release can link so easily to the actual music and maybe some video of a live performance too. I do get a little tired of musician bios which consist of that most recent press release and contain more publicity bluster than actual facts. What I want from your bio is very simple: what have you done between birth and now that I might be interested in. Just give me the facts!

What could a musician do this week, in less than an hour, to give themselves a better chance at press coverage or exposure?

Be nice, be thoughtful, be polite, be aware that it’s a two-way street – I’m not needing big love; but I also don’t want to feel like I’m just the doorman on your way to fame and fortune. Don’t try to impress me; having intriguing things to tell me about your art and your view of the world is for more likely to prick my interest. And if you come across as a really nice person, how am I going to say no?

LondonJazz has been called “the most in-depth local jazz coverage on the planet” – what’s the biggest challenge with helping to oversee that?

Well, I’m not sure “we” are making that claim – we’re far too modest and realistic about our own limitations. I suppose the biggest challenge is trying to cover as much as we can while letting as little as possible vital stuff fall through the cracks. And doing it all with a doughty band of volunteers.

As a music journalist, where do you discover new music these days?

Like everyone else – by accident! I do have the advantage that, as a result of having written about the music for so many years, a lot of it just magically appears through my letter box or in my email inbox. And now, with the wide tastes of that aforementioned doughty bunch, I’m able to pick up tips on a whole lot more new music via them.

You must have received a lot of review requests over the years. What’s the most common mistake for a musician to avoid when trying to get press themselves?

I had one guy who badgered me by email, foisted his CD on me, kept nagging, demanding even, that I review it.

After I had listened, I took the time to send him a comprehensive email telling him what I liked about it, where I thought it fell down, and why in the end I had decided not to review it for my thejazzbreakfast site, all in as gentle and supportive a way as possible when one is saying no.

His response was concise: “you know shit – fuck you”. That’s pretty much a nil-point approach, I reckon.

You’ve been involved for a long time in the Birmingham/West-midland jazz scene. Is it harder for musicians outside of media cities [I’m thinking those outside of London, New York, Paris, Berlin, Oslo etc…] to establish a national or international profile?

Yes, I think it is. I think most of the Birmingham/West Midlands’ based musicians are realists, and very practical. They concern themselves with playing gigs, with practising their art and slowly building an audience here in Birmingham. When they want to tackle international recognition they head for London or Berlin or New York. What they do have while they are still here in Brum (it’s the young players I am thinking of) is a marvellously supportive and non-factional jazz scene. There is one big gang of Brum jazzers, so no one feels left out.

If you’d just graduated from a music college and had a budget of £500 to promote your first album, what would you spend it on?

LondonJazz News has advertising packages which can be adapted to suit most budgets.

What advice do you have for a non-UK artist wanting to build their profile in London (with a view to gigging here in the future)?

Get in with some well-connected London players, collaborate with those in the know. Once you have raised your profile by association, you will likely have the contacts and the opportunity to gig in your own name – and bring over your non-UK, long-standing band mates… (yep, everyone has to have a dream).

Whatever wild concoction of eggs, bacon, mushrooms and tomatoes my naked wife happens to be presenting me with.

If you were producing an album to give people around the world a a taste of the UK jazz scene, what would the line up be?

Big thanks to Peter for taking the time to answer these questions! If you haven’t already checked out his blog, or the London Jazz News website, I’d suggest you do both right now! You can also find our list of some of the best British Jazz Blogs here.

Peter discovered his father’s Art Tatum records at an early age and has been a jazz devotee ever since. Other formative experiences were hearing Miles’ In A Silent Way piped over the speakers in a dark basement jazz club at the age of 17 and witnessing Abdullah Ibrahim (then Dollar Brand) playing his first gig back in South Africa in 1970.

Peter was a full-time newspaper journalist for over 20 years before moving into freelance and online journalism, and arts administration. He has been writing about live jazz and reviewing recorded jazz since 1978 and has been The Birmingham Post’s jazz reviewer and feature writer since 1994.

He truly believes that jazz music is a force for good in the world and can even give us a glimpse of heaven.

He plays tenor saxophone (a Borgani which he loves more than words can say) in a community big band.

He is delighted and honoured to be living near enough to Birmingham, England, and the many amazing (especially young) jazz musicians who have chosen to study, gig and – please! please! – stay there. When he can he writes very complimentary things about them.

The Jazz Breakfast blog is mainly about jazz in Birmingham and the English Midlands, but there are also reviews of CDs he has been listening to, and news and opinion pieces about whatever else takes his fancy.

Its title is inspired not only by his surname, but also by a New Yorker cartoon which showed a dog sitting at a fancy restaurant table perusing the menu while a waiter stood at his side, pencil poised above pad. The caption read: “I’ll have the dog’s breakfast, please.”

From 1 January 2017 Peter has been operating thejazzbreakfast as an occasional pop-up jazz breakfast provider for his personal musings, while devoting the bulk of his attentions to LondonJazz News as its Editor-At-Large. He has also written for Jazzwise magazine and The Birmingham Post. He contributes occasional programme notes for jazz concerts and is available for more of this work.

You can connect with Peter here:

*I also feel it’s my duty to direct you to this specific page of his blog which features a round-up of favourite breakfasts from a whole host of jazz luminaries including Django Bates, Maria Scheider & Tony Dudley-Evans…

Tell me about your project?