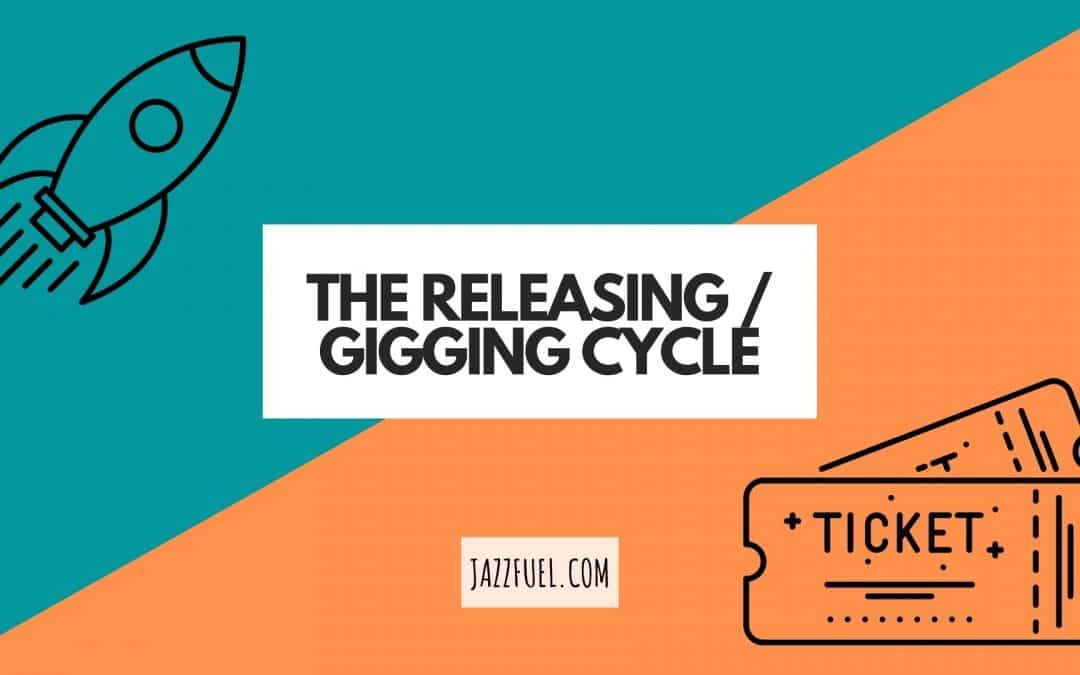 There’s a strongly held belief amongst some musicians that there’s no real point releasing music if you can’t tour it.

To be fair, that’s what musicians have been doing for many years.

But unless you’re a headline act, do you really promote your music by being ‘on the road’ or is the act of promotion more of a digital thing now that leads to gigs?

From experience, the boost in bookings for an independent artist doesn’t come always because there’s an album, as much as because the album has made some great noise.

So logically the gigs don’t happen the same time as the release, but in the months (or even years) afterwards.

If you’ve ever tried booking gigs, you know it helps to have ‘news’ to share with promoters so they can see not just how great your music is, but that there’s momentum.

So if that holds true, the weeks around your release when it’s being reviewed and talked about most will be the ideal time to (re)pitch for gigs.

And, as those of you who’ve booked gigs also know, these clubs and festivals are often working at least 4-6 months in advance, so this is the more realistic timeline for touring your release.

That’s not to say that you shouldn’t try to book gigs – especially in your home city – around a release.

But simply that unless you’re touring worldwide, gigs are just a small part of your release strategy and not one that must be so closely connected in terms of dates.

With that in mind, here are some ways in which a new release can turbo charge your profile and give you more ammunition in the future to book gigs with…

And remember: a lot of these ideas aren’t exclusive to a full album…

You could also tap into these boosts using unreleased tracks from a previous session, archive content, remixes or home recordings of individual tracks… 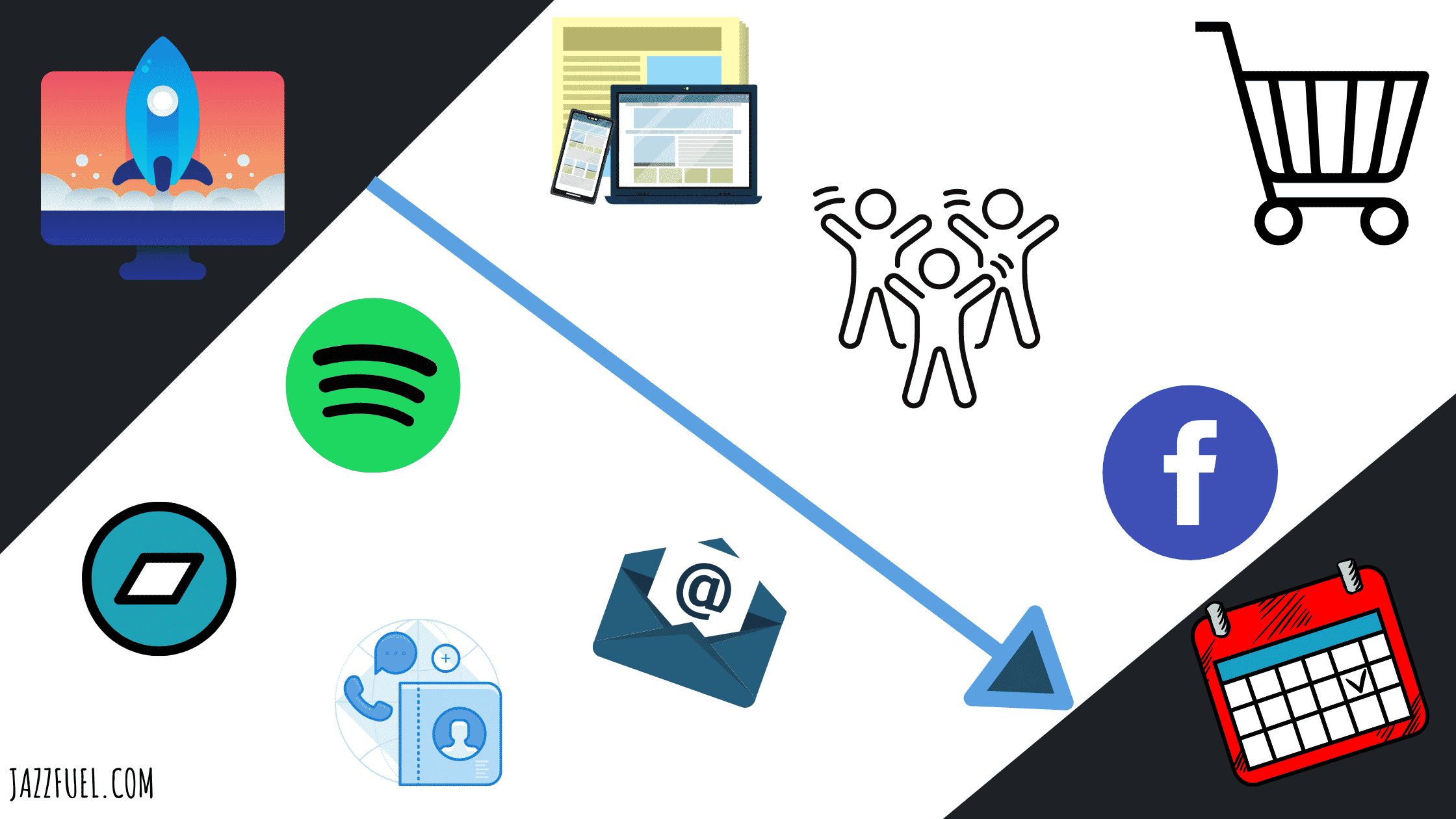 A promoter is of course used to every artist and agent telling them how great a project is.

But they also know you’re trying to persuade and sell them something.

Quotes and recommendations from people with nothing to directly gain is a really effective tool, which is why reviews in the jazz press can be so effective in a pitching email.

Of course, it’s hard to persuade a magazine or blog to write about you when there’s nothing happening.

So releasing music is a brilliant opportunity to grab a bunch of fresh, convincing quotes that you can share with clubs and festivals in the coming months and years.

💡 Looking for coverage? Here are some ideas for running a DIY press campaign. A full album is of course the easiest ‘sell’ for press coverage, but that doesn’t mean you can’t create some extra attention with a single or EP…

Unless you naturally enjoy social media, keeping up a steady stream of engaging content all-year-round can be a challenge.

Whilst there are plenty of techniques for overcoming this, having upcoming or recently-released music is a great opportunity to produce more of the good stuff.

From behind-the-scenes photos & music videos to pre-releases and new singles, there’s plenty of genuine ‘news’ to share with the world.

Not only does this help you drive traffic to buy your music on platforms like Bandcamp, it also increases the engagement you’re generating which, in turn, increases the number of people seeing your content.

It’s not just about fans either: Facebook is one place that many club and festival promoters will go to when checking out a new band.

Does a scroll through your recent posts suggest a ‘happening’ project with momentum, or a forgotten social media profile..?

💡 Can you team up with a local venue in your home city to stream or record a live video? Or even just a ‘premiere’ or listening party of an upcoming track? Not only is it extra content, but it’s also more compelling ‘news’ to share with your target clubs & festivals to show that you’re already connected on the live scene.

Whilst you can of course work all year round to boost your Spotify profile via playlisting and driving traffic, releasing music is the real opportunity to level up.

It starts with the strategy. Frequent singles in the build up to a release (or simply as standalone events) give you multiple opportunities to:

The short-term financial rewards of Spotify may be small, but it’s still a platform that many people – both fans & industry – go to check out new music.

So if you’re distributing your music there, make sure people are discovering an up-to-date profile with good momentum.

💡 If you don’t have an upcoming release planned or recorded, can you find any alternative takes or unused studio tracks to put out as singles as a way of keeping momentum here?

Whether you’re selling music or gig tickets, being connected to a big group of engaged followers by email is a massive advantage.

In fact, a recent study suggested that emails were more than 40x more effective than social media at reaching customers.

But growing your list is not something that can happen overnight and, once you’ve got a list up and running, you also need to maintain that by sharing interesting content.

New releases give you so many opportunities for this type of content meaning this immediate pre/post-release period is idea for both growing your list and engaging your existing followers.

💡 Got an unreleased archive track you can put out? Why not keep it ‘private’ and offer a free download code to anyone who joins your mailing list..?

If you’re already using Bandcamp in a serious way, you know what a valuable platform it is for connecting with real music-buying jazz fans.

[If you’re not using, you might be missing out…]

In any case, to really tap into the power of Bandcamp you need to be building your followers and, as with Spotify, releasing new music is a good way of doing this.

Long pre-order periods with frequent ‘spikes’ of news (such as singles and extra special merch) are a very good way of growing this.

Utilised consistently over several releases, you should see your fans – and, more importantly, your sales – growing steadily.

Whilst music sales may not beat touring income for many artists in the 21st Century, getting to the point where you know you can sell a certain quantity of CDs of vinyl every release (even 100-200) can make can massive impact on your income and, as a result, your freedom to create.

💡 If you have a recent release (or upcoming release) on Bandcamp, why not make use of their album codes to give a free copy to all your target club/festival promoters. Not only do you increase the chances of them listening to it, they’ll also be prompted to add it to their collection.

Of course, there are a million other ways to make the most of new music which will indirectly lead to gigging further in the future.

If you have tried other things around a release which worked well, feel free to share them over in the Jazzfuel Facebook Community.

And, lastly, if you’ve got new tracks coming, you can find all related articles over on our Releasing Music page.