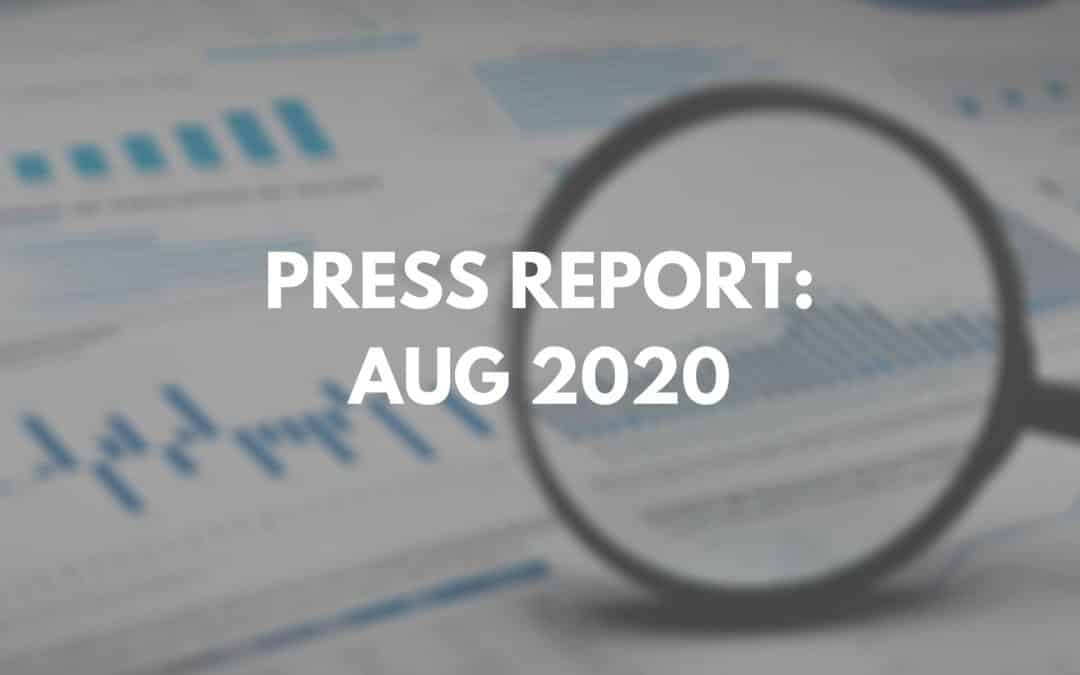 As you may know, one of the main done-for-you services we offer at Jazzfuel are press outreach campaigns. It’s been satisfying to see so many new releases over the last 6 months, despite the obvious problems around the world. And, even better, so many journalists ready and willing to review them!

We get so many little insights from our work talking to lots of jazz press people that I thought it would be useful to share some recent successes, as a way to demonstrate things you might consider putting into practice for your next release.

It’s not an exact science, but there are a lot of ‘best practices’ you can follow!

Read on for our August report, and big thanks to Maggie Samkova, Krzysztof Komorek and Arlette Hovinga who’ve been working on these with me! 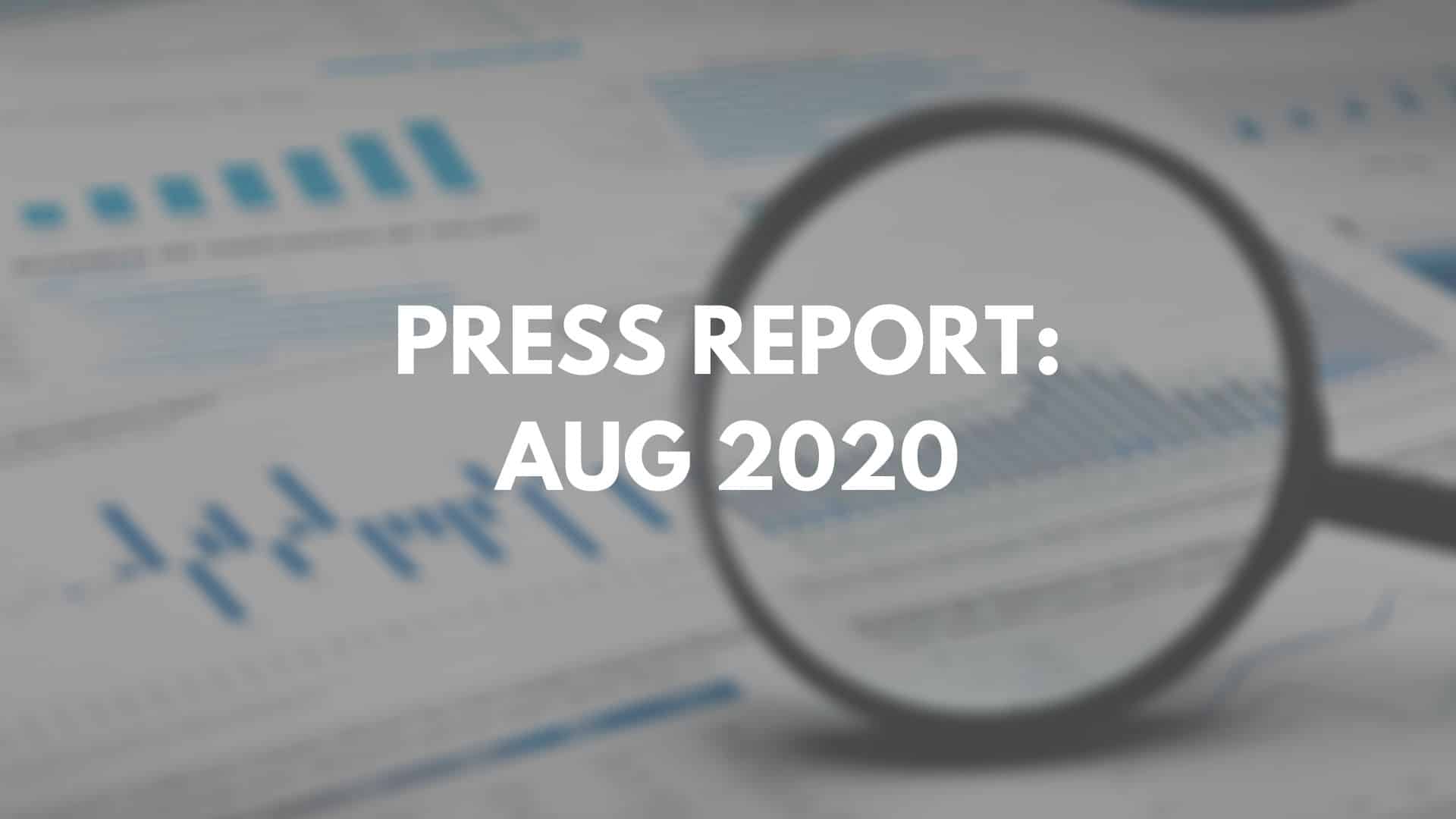 It’s not just musicians who have been embracing livestream in 2020. Chicago Jazz Magazine have been running a regular series of live video interviews on Facebook, alongside their usual content, which we discovered when pitching Kansas City trombonist Brian Scarborough for a review.

The result? He ended up doing a 25-minute live-streamed interview in early August to talk about the upcoming album, as well a getting a full review in the magazine later in the month.

The takeaway? It’s worth bearing in mind that press opportunities don’t stand still: be on the look out for new ones each time you have something to promote.

In a lot of countries, the space for ‘niche’ arts like jazz in national newspapers seems to be getting smaller and smaller. But that doesn’t mean it’s impossible to get in, and it’s definitely worth shooting for.

We pitched the new release from British guitarist Dan Waldman (featuring killer saxophonist Will Vinson) to Chris Pearson at The Times who liked it enough to squeeze in a review.

Of course, they needed a headline also mentioning Paul McCartney, but the end result is that Dan has a quote from a great source. That’s an important thing to mention about sharing quotes: the words are, of course, very important. But the source (ie who said them) carries a lot of importance too…

The takeaway? aim high when presenting your music. If the standard is high and the stars align, you can end up with a review or quote that will really grab the attention of promoters and other industry people.

The campaign only just got started in August, but we had some early online pieces, including this one from Marlbank in the UK.

It’s worth noting that both the video and Bandcamp player is embedded in this piece, meaning more listens and views on the artists profile.

The takeaway? If you have great content, give it to reviewers, or even ask them to embed it. It’s worth the extra attention!

We had confirmation in August that a review of one of our campaigns would be reviewed for the December edition of Downbeat magazine. I won’t say which until it’s published, but you’ll be able to read about it on that month’s campaign report.

The takeaways?
1) If you’re planning a release, build in time to reach out to magazines. This one was pitched 4 months before the publication month.
2) The December edition of Downbeat, like most magazines, actually goes out around a month earlier, from November 3rd. Don’t forget to factor in more time than you think on your releases!

We’ve been working on a campaign from Australian saxophonist and composer Adam Simmons since late July, which is a tribute to the late great Polish composer Krzyzstof Komeda.

It had one of the quickest responses we’ve seen from our outreach campaigns: from a target list of 50 journalists, around 25 replied to our first email!

Of course that’s not the end of the story – we need to follow up, provide extra info, etc – but it’s perhaps proof again that combining a strong (authentic) theme or story to a great album, and then sending it to people who you know share an interest in that topic, works very well.

Some have already published (like the brilliant Jan Hocek from Czech Republic) and lots of others are due in the next week or so, which I’ll share next time!

The takeaway? Of course, you can’t force a theme into your next album, but if there is something which presents itself, pulling out a strong story and then presenting it to well-targeted journalists can provide great results.

With the internet as it is, the location of an artist releasing an album matters less and less. Many journalists are more concerned with finding the music and stories that they like the most, rather than looking within the borders of their country.

And, for the artists releasing the album, a great press quote or glowing review can be useful wherever it comes from.

The takeaway? If you’re putting together a target list of press contacts for you next release, don’t limit yourself to people in your country, limit yourself only to people who review the sort of music you’re making!

Whilst some jazz websites out there attract a huge amount of traffic and provide really effective coverage for the artists they review, there’s still an old-school satisfaction from getting reviewed in print.

We’ve been working on a campaign for Italian saxophonist Leonardo Radicchi (whose album Song For People features guest trombonist Robin Eubanks) and finally got sent a cutting of a glowing review in the German magazine Jazzthing in August.

Keep checking back for reviews

Whilst the initial pitches went out some 6 months ago, the following up and Googling for reviews continues and we were pleased to see a new one appear on Belgian jazz site in August.

The takeaway? Follow up on your pitches (both with the publication and by searching on Google) and, if you’ve just released something, don’t feel it’s too late to get press. You can still reach out to your contacts.

Thanks for reading! I hope this mini snapshot of our August work was interesting or useful, and that you’ll be able to put some of the takeaways to good use yourself.

If you’re planning an album release, you can find all the Jazzfuel articles on this topic here and a free PDF checklist to download here.

You can also check out more info on our done-for-you press outreach campaigns here.

The Best Jazz Podcasts | New Discoveries Around The World

Jazz Radio Stations Around The World