We’ll pitch your upcoming release to the right press contacts… and follow up with them.

In an ideal world, people would just discover great music organically. But in reality, you need to put it in front of the right influencers multiple times. You need to know who they are, how to approach them and when to keep chasing.

If you don’t have the time to do this yourself and you can’t afford to hire a publicist in all the main countries, this done-for-you press campaign takes care of things by sending effective, personalised pitching emails to a custom-built list of press targets.

Here’s what we’ll do…

We’ll help you prepare your promo materials for presenting to press contacts.

We’ll make a target list of 5o press contacts based on those who’ve reviewed similar music.

We’ll prepare a pitching email which introduces your project concisely and effectively.

We’ll send a personalised email to each press target to introduce your project.

For any contacts that don’t reply, we’ll follow up 2 more times over a 2-4 week period.

Who’s shouting about your new release for you?

If you’ve released music before, you might be familiar with the slight disappointment that your carefully crafted album is not creating as much of an impact on your career as you’d hoped.

Promoters don’t seem to be aware of it, fans who’ve shown plenty of interest in the past have not bought or downloaded it… and it’s not being mentioned by any blogs or magazines.

All that time & money making the best possible album and not enough ‘wins’ with the release itself.

Of course, in an ideal world, people would just discover great music organically. But if you want press coverage for an upcoming release, you need to ASK the right people for it. And, more often than not, you need to follow up again & again.

If you haven’t got a publicist doing this for you, and you don’t have the time to do it consistently yourself, the chances getting the press quotes and attention you need and deserve are low. 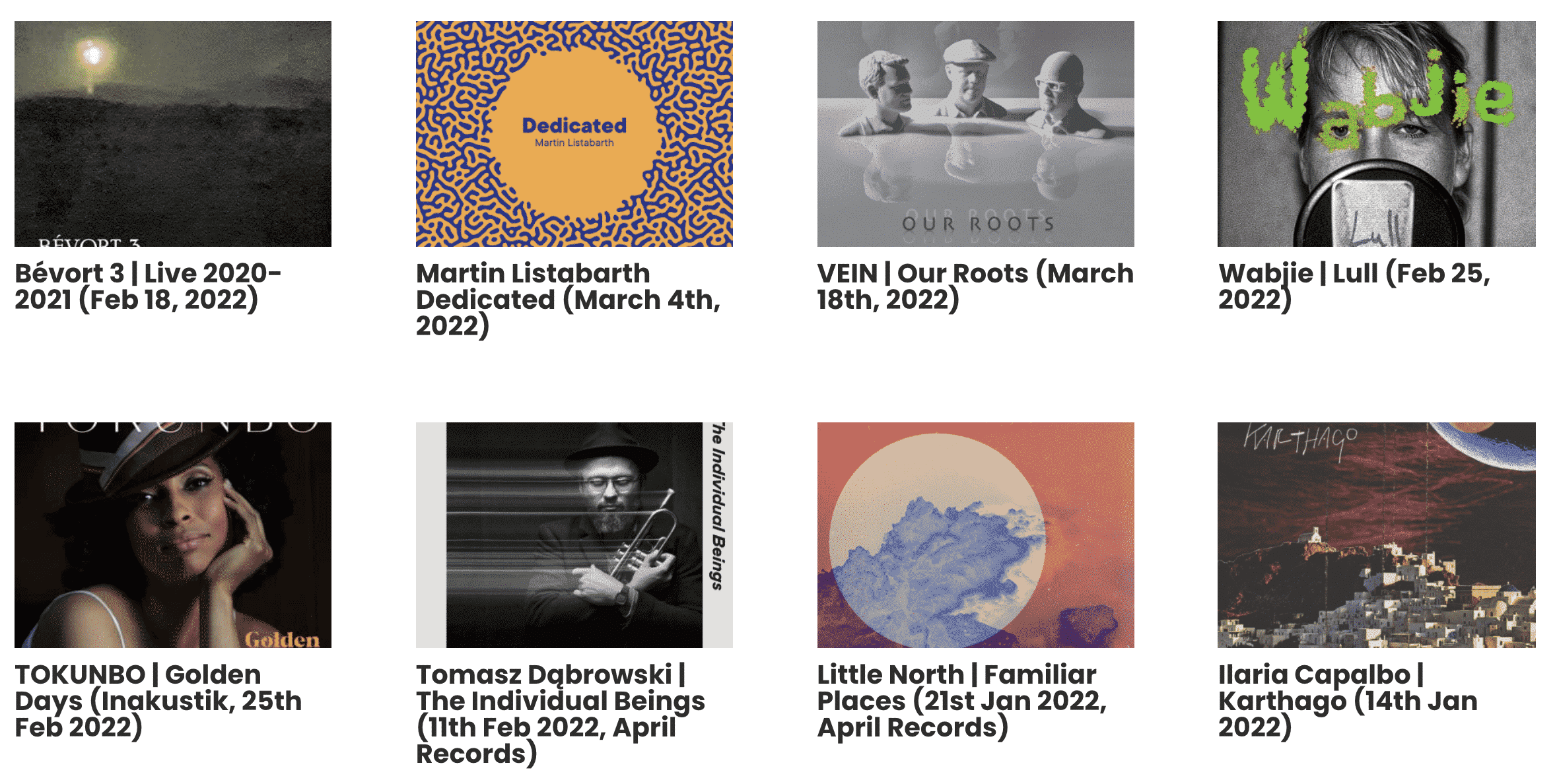 “Working with Jazzfuel was very helpful, not only for the reviews that my recording received, but for the helpful advice about a variety of related and important facets of promoting my music” – Greg Burk (USA/IT) 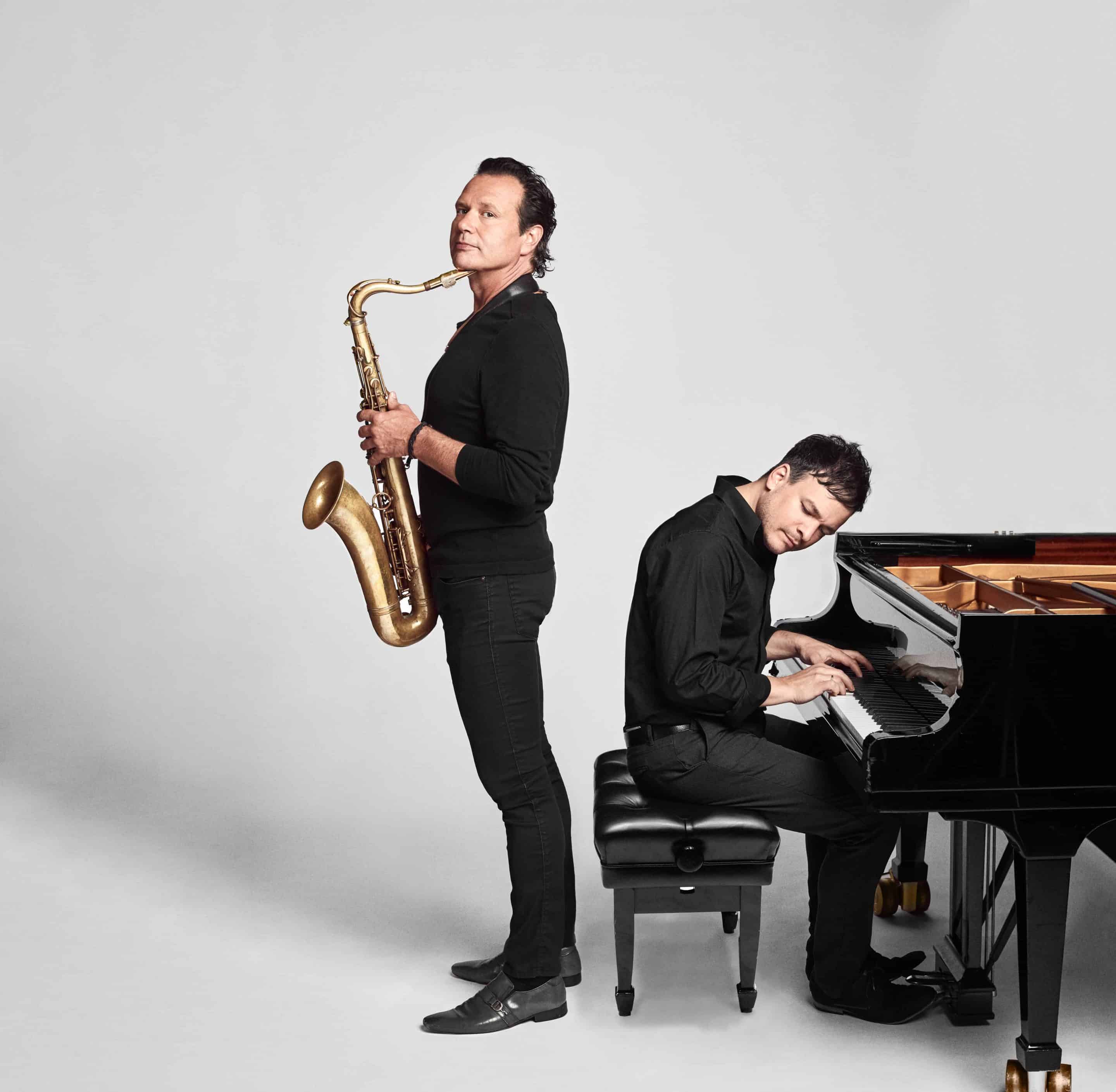 “I was totally happy with the professionalism and creativity of my last two campaigns for „Room of Silence“ and „Mythos“. Looking forward to working together again for my next release „Myriad“! – Chris Gall (DE) 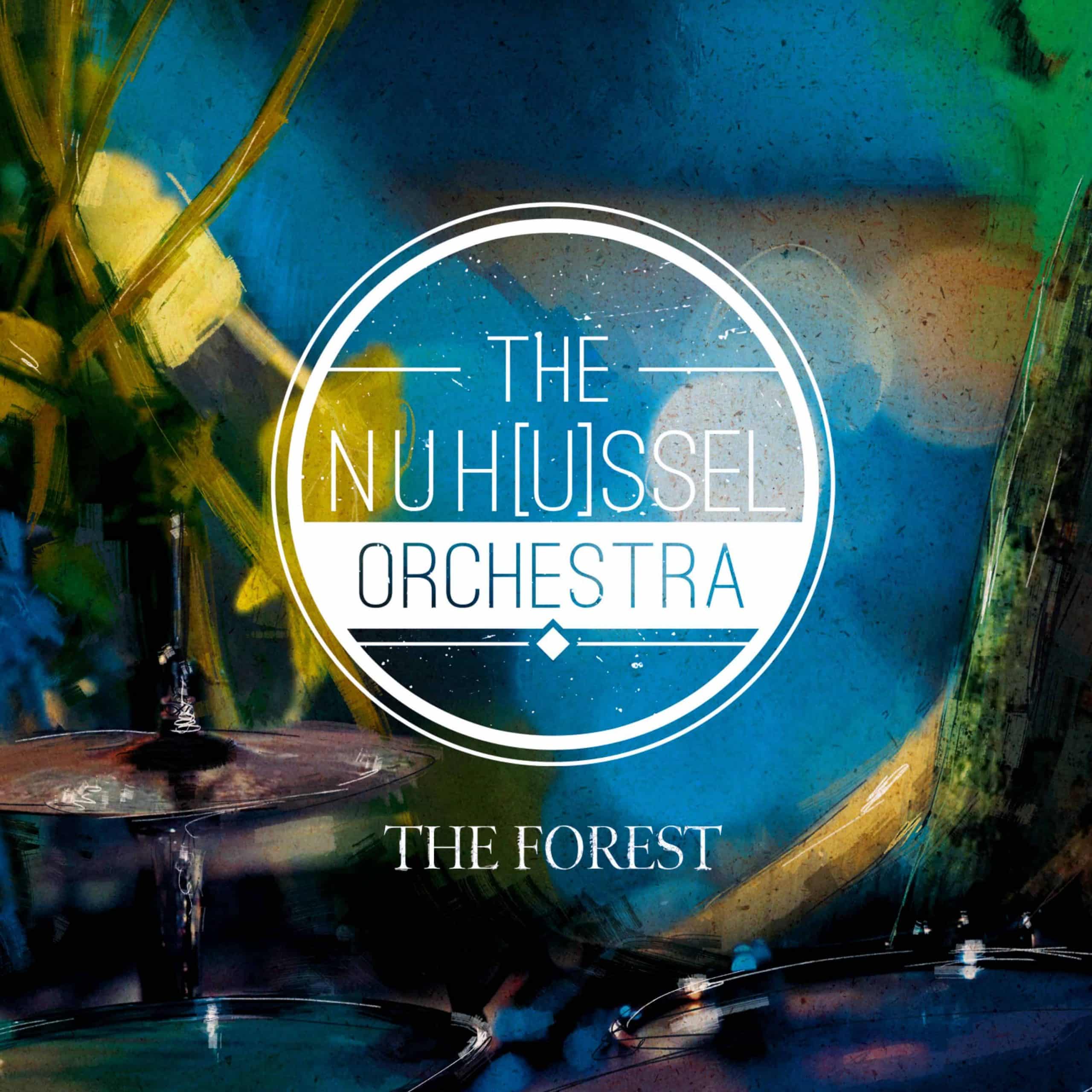 “Working with Jazzfuel was super easy-going. We worked together on a target list and were regularly updated during the campaign. Their work enabled us to reach markets that we wouldn’t have reached otherwise” – Aaron Röver, booking for NuHussel Orchestra (DE) 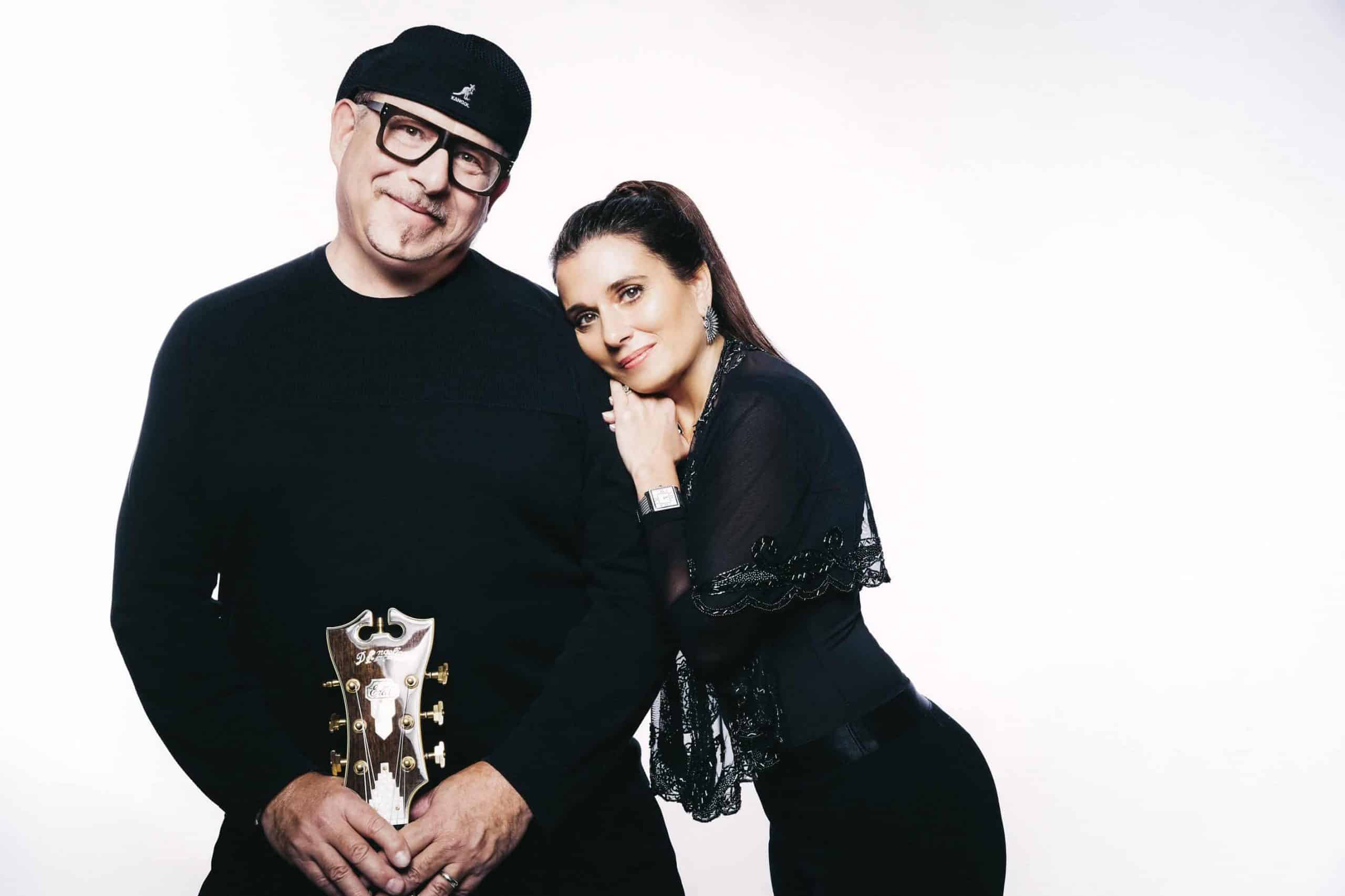 “Aside from their expertise in the jazz arena which is a major plus, they secured probably the best blog interview that captured the essence of our project – which ultimately ended up in a book alongside reviews of other well-established jazz players like Christian McBride and Bobby Sanabria. Highly recommend!” – AS IS, New York-based Jazz Duo

“Jazzfuel expanded our reach to parts of the world we never dreamed of reaching.  Because of them, our largest fan base is no longer in our hometown” – Ryan McNulty, Black Tie Brass (USA)

If these FAQs don’t answer your questions, please reach out to us via press[.at.]jazzfuel[.dot.]com

Who’s this campaign for?

If this is your first serious release, we can help you reach the places that are open to publicising new music and give you a solid foundation that will help you pitch for better and allow you to approach more traditional print press the next time around.

If you’re releasing music on a label – or already have experience with this – you probably already have some history of press and maybe a jazz PR arranged in your ‘home’ country. We’ll reach out to bloggers & journalists in secondary countries that you’d like to tour in but don’t have a publicist pushing in.

My album is already out. Can you help?

For now, we’re only working on new releases, simply because there is a higher chance of success when the music is just coming out. If you’ve already released and are wondering how you can make the best of the situation, you might be interested to check Jazzfuel Manager which allows you to get support and feedback on running your own DIY campaign from Matt Fripp and guests.

I’m only releasing a single/EP. Can you help?

For now, we’re only working on full albums because there are many more opportunities for press coverage of this type. Releasing singles as part of the album launch strategy is great though, and something we can build into the campaign.

Do you do mass mailouts or e-blasts?

No! We believe that mass mailouts don’t deliver good results. Each email is personalised. That doesn’t just mean using the first name of each press contact, but that we use our research to make a personal introduction, show them that we know what they’ve reviewed in the past and, as such, show them why they are likely to be interested in your project.

Of course, the main ‘key description’ of the project is pre-written to be as effective as possible in communicating what’s so great about the music, but these other personalisations mean the reader is much more ready to digest that info and click the ‘listen’ link. It might seem like a detail, but it makes a big difference.

(also, for anyone reading this on the press side, we hope this means that you receive more music that is well-suited to your tastes!)

How long does the campaign last for?

We would aim to have all the promo materials prepared at least 6 weeks before the album comes out and will then be pitching from that point until around 4 weeks after the release.

Should I hire a publicist in my home country too?

This is pretty much a question of budget. A good publicist who is really motivated by your project can open a lot of doors. Working in such a specific territory, they are usually very close with the key journalists and can make a big difference there. But with fewer and fewer outlets for press these days, many musicians struggle to justify the cost of a jazz PR against the likely coverage they will get – especially when their goal is to tour in many countries. So the Jazzfuel campaign can work as a great springboard to get your project started.

How far in advance do I need to book this?

The earlier the better as we are not taking on a huge number of these campaigns. In general, we would arrange an introduction call at least 2 months before the planned release date, so sometime before this is ideal. If you know you’ll be releasing in the next few months, feel free to submit your details today and we can arrange a follow up nearer the time.

Who will you target for my campaign?

We put together a new, customised, target list for every campaign. This is usually based on two main factors: firstly, what you’ve told us about countries or territories you have (or would like to have) success in. And, secondly, by looking at artists making similar music to you and seeing where they’ve achieved press coverage.