What is User-Centric Streaming (And Why Does It Matter For Jazz?) 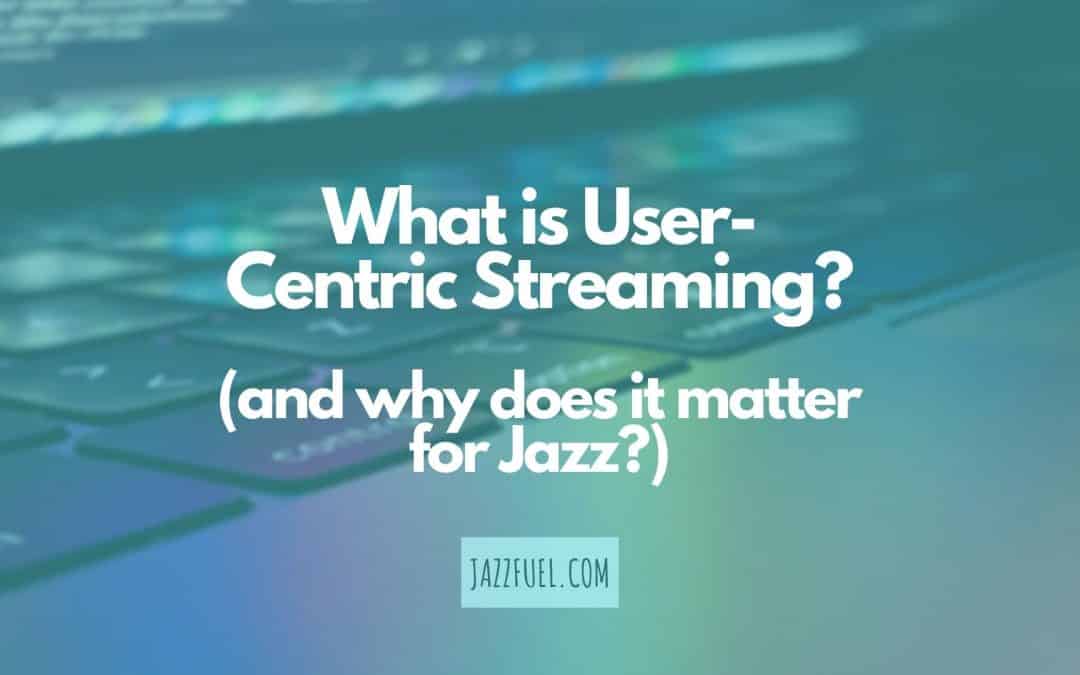 This piece was written by Bas Grasmayer, founder and editor of the MUSIC x newsletter. Bas has previously worked as head of product for various music streaming services. Currently based in Berlin, Bas is a freelance consultant & writer for companies and creatives interested in long-term strategy for the music and media business.

People assume the money they pay to streaming services goes to the artists they listen to. The truth is more complicated.

On all the most popular streaming services, subscription fees are pooled together and then distributed according to highest stream counts. This means part of the fee one subscriber has paid might go towards artists they didn’t even listen to, as explained below. Calls for a model that fairly accounts for people’s tastes are growing louder.

To explain how it works, one can simplify it to a few basics: 2 subscribers, each paying $10, each listening to only 1 artist (meaning 2 artists in total).

Using a user-centric payment system (UCPS), each of those artists would see $10 distributed towards them directly from each subscriber. However in this pro rata pooling system, dubbed “the big pool“, the money gets distributed according to overall streams.

Deezer, a popular streaming service hoping to secure the permission from their music partners to implement a UCPS, has great supporting graphics for these scenarios on their user-centric information page: 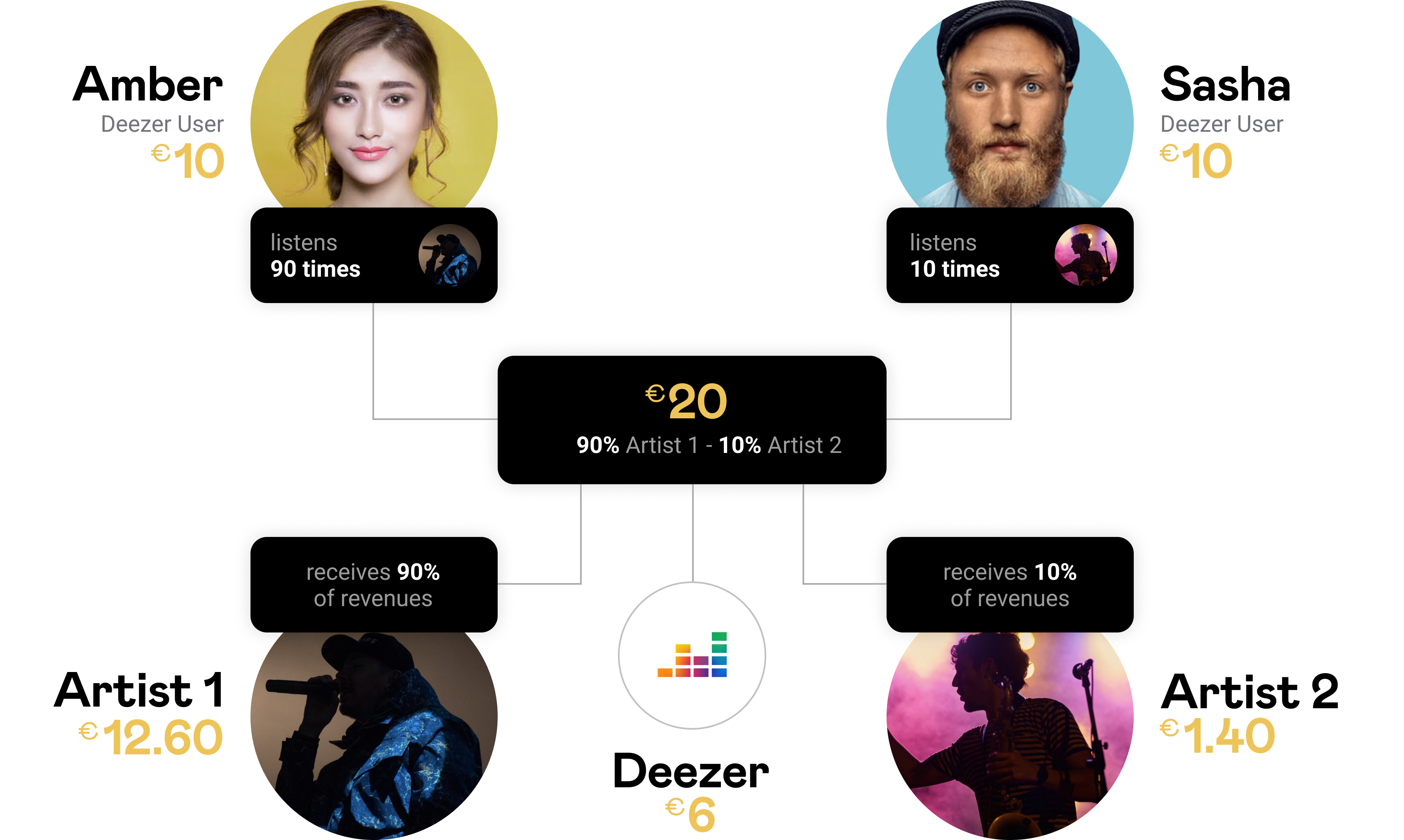 SOURCE: Deezer – Infographic (“The status quo, simplified – according to Deezer”)

What would user centric streaming change?

Implementation of a UCPS would fix unfair situations like the above by making sure that each subscriber’s fee only goes towards the artists they’ve actually listened to.

However, at scale, it’s unsure how it would play out exactly, since it depends on the behaviour of music audiences. For example, genres with typically long track length might benefit, since royalties no longer get divided by stream count across all subscribers, but on a per subscriber basis.

However, if these subscribers also tend to listen to other types of music that have much shorter track lengths, then the labels and artists in the former genre may stand to make less money.

User centric streaming is also a recurring topic in the UK government’s ongoing streaming inquiries that delve into artist complaints and economic questions about streaming remuneration. During the hearing on February 4, 2021, independent music organisations weighed in on the topic.

Yvette Griffith, co-CEO and executive director of Jazz re:freshed, is not optimistic about user centric streaming:

“I don’t think user-centric is going to work, certainly for the indie sector. […] The type of people who are going to listen to a lot of the indie music are people who are wanting to discover new things. They’re going to be streaming quite broad amounts… which means that that £9.99 [subscription] would be spread very thinly across quite a broad expanse of artists and streams.”

It’s complex subject matter and for that reason the subject of plenty of debate and studies.

What do the studies say?

The latest study to be published on the topic of UCPS comes from France. On behalf of Le Centre national de la musique, Deloitte studied the effects of switching from pro rata (aka the big pool) to UCPS using Deezer’s streaming data and found that:

“UCPS would have a minimal impact on the remuneration of artists with modest audience: Beyond the 10,000th most listened-to artist, all genres combined, the impact of switching to UCPS would be at most a few euros per year on average per artist.”

What’s interesting is that the royalty redistribution differs per genre. The same Deloitte report estimates that classical music would gain 24% in revenue, blues 18%, and jazz 10%, at the expense of music classified as rap (-21%), hiphop (-19%), and other genres.

This finding echoes what a 2017 study commissioned by Finnish music organisations found: as a general rule, UCPS favours artists with smaller numbers of streams, however some of those artists may also stand to lose, depending on their own audience’s behaviour.

User-centric streaming is about more than immediate royalty redistribution

Altering the economical underpinnings of music streaming would change the strategies employed by artists and labels. Examples of existing strategies to fare better on music streaming platforms include releasing albums with high track counts by creating shorter tracks or in the case of classical music chopping up symphony movements into multiple tracks, or cutting intros to tracks so they perform better on playlists.

All of these boost streaming numbers, which equates to more money. So how might UCPS influence music strategies? 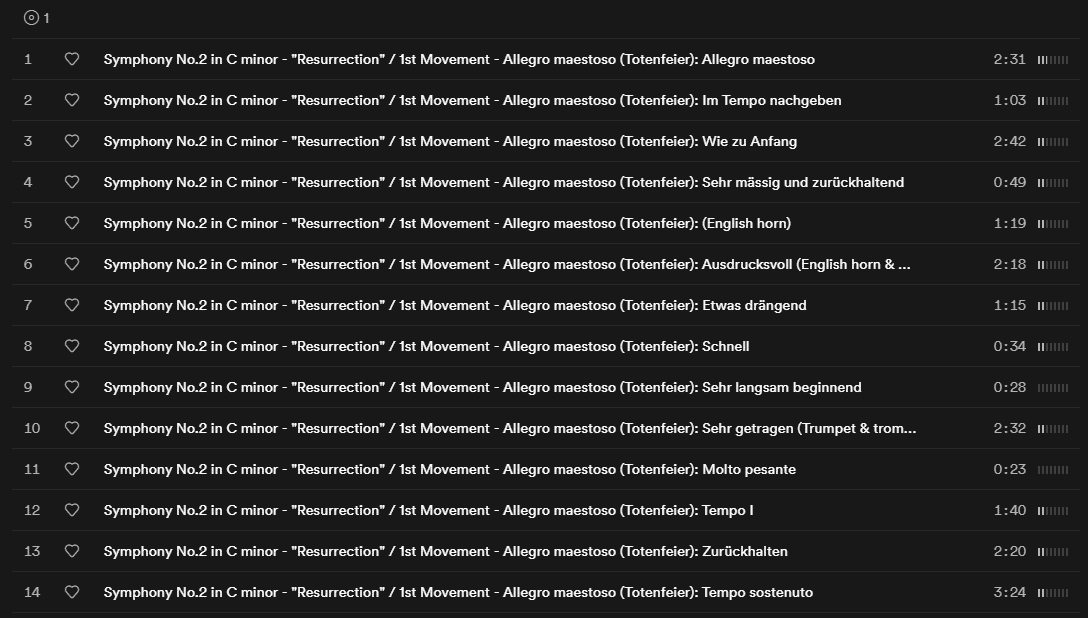 [Example of Mahler’s Symphony No. 2 being cut into small parts to boost stream count]

In order to do best in a UCPS economy, artists need to make sure they maintain a high listening share per subscriber, so that more of their subscription fees will be paid out to them.

This means that there will be a careful balance between discovery and exploration versus listening to artists people are already connected. Spotify’s then-chief economist Will Page, commenting on user-centric streaming in 2018, pointed out:

“Under ‘pro rata,’ an artist is less concerned with diversity and will simply prefer the platform whose users stream their music most. Under ‘user-centric,’ artists prefer streaming platforms where their listeners exhibit less diversity in taste.”

This may explain why classical, blues and jazz as genres stand to gain from a user-centric payment system, as listeners may not venture far outside these genres.

Inside the genres, it may set artists up to cultivate a relationship with their fans more akin to fan club models like Patreon or a blog writer than as an entity in a massive catalogue service that people can peruse freely. It may also set artists up for fiercer competition for attention and listening share.

What’s next for UCPS?

While momentum has been building for the demand to implement the user-centric payment system across streaming services, the recent UK inquiry into music streaming has exposed a seeming consensus that UCPS, though fairer, likely won’t lead to the type of improvements in remuneration that many wish to see.

This, combined with the cost of negotiating and implementing completely new accounting systems on all sides, means we shouldn’t be expecting UCPS to take off at scale soon.

While the incumbents focus on latecomers to music streaming and try to turn them into subscribers through perks like podcasts, newcomer streaming services can focus their offerings on music lovers who are more likely to go the length to research fairer remuneration.

Newer music platforms, like Resonate, Audius, and LÜM, are all focused on creating a more valuable relationship between artists and their fans through fairer remuneration. So UCPS’s emergence as a payment model in the coming years likely hinges on the success of newcomer platforms or an unexpected pivot from elsewhere, like Bandcamp.

This piece was written by Bas Grasmayer, founder and editor of the MUSIC x newsletter. Bas has previously worked as head of product for various music streaming services. Currently based in Berlin, Bas is a freelance consultant & writer for companies and creatives interested in long-term strategy for the music and media business.