10 of the Best Jazz Guitarists of All Time

Whilst jazz guitarists might not have been in the spotlight during the early days of jazz, their importance in the development of this music soon became apparent.

Picking 10 of the best jazz guitar players of all time was not an easy task (and we’re already working on adding another 10!) but here’s our rundown of some of the greatest – as well as our pick of their #1 album to check out.

Wherever possible, we’ve made sure the ‘buy now’ button ⓘ is for the vinyl version, for those of you who appreciate an authentic listening experience…

As always, feel free to add your suggestions in the comments section at the end and, if you’re just getting into playing jazz, check out this article on which guitar, amp & strings you should try.

Before the invention of the amplifier, jazz guitarists largely played an accompanying role within groups, as their solos could not be heard clearly over the rest of the ensemble.

Django Reinhardt, a Belgian-born Romani-French gypsy, changed all that with his band the Quintette du Hot Club de France, which he fronted with the violinist Stéphane Grapelli.

He is considered one of the most influential European jazz musicians of all time, despite the fact that he played without the use of the third and fourth fingers on his left hand after they were badly damaged in a caravan fire while he was still a teenager.

Most of Django’s output predates the LP, but this compilation includes much of his classic work with Grapelli as well as transatlantic recordings with big name Americans like Coleman Hawkins. Swing Era standards make up most of the repertoire, plus a few of Django’s original compositions, including future Gypsy jazz standards ‘Swing 39’ and ‘Hungaria’.

Christian was one of the first performers to embrace the electric guitar during the mid-1930s, popularising it as a jazz instrument and finding national fame with Benny Goodman’s hugely popular swing outfit, which he joined in 1939.

His soloing style is often described as ‘horn-like’, and his linear playing sounds notably similar in improvisational style to the saxophone playing of Lester Young.

He was involved with the birth of bebop, jamming with Thelonious Monk, Kenny Clarke and Don Byas at Minton’s Playhouse in Harlem.

He died in 1942, aged just 25, having contracted tuberculosis, but has influenced virtually every major jazz guitar soloist since.

Christian barely recorded as a bandleader, but this compilation brings together some of his most notable work with Benny Goodman, including some with Count Basie at the piano, as well as some quintet tracks under Christian’s name. 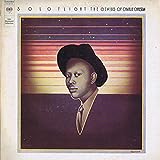 Montgomery is known for his unusual technique of plucking the guitar strings with his thumb, his distinctive way of playing in octaves and the fact that he used very heavy strings as a jazz player.

Self taught as a guitarist, he was initially inspired by hearing Charlie Christian. Montgomery was famed for his stamina, working long hours as a welder before playing through the night at Indianapolis jazz clubs.

He played hard bop and soul jazz until the mid-1960s, when his albums began to take on a more commercial hue, with the guitarist often backed by orchestral string sections.

Wes died suddenly of a heart attack in 1968, at the height of his popularity. Pat Metheny calls him “the greatest guitarist of all time”.

This 1965 live album see Wes accompanied by Wynton Kelly, Paul Chambers and Jimmy Cobb, the three of whom had formed the rhythm section of Miles Davis’ quintet from 1959-63.

Montgomery’s powerful soloing on top of the incredibly swinging rhythm section make this one of the most influential guitar albums ever.

You can also check out our guide to 10 great Wes Montgomery albums. 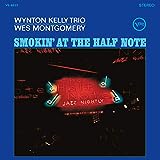 Smokin' At The Half Note [LP]
Check Price

Legendary Blue Note Records founder Alfred Lion was a huge fan, and Green recorded dozens of sessions as both bandleader and sideman for the label during the 1960s and early ‘70s.

From the late 1960s until his death in 1979, aged just 43, his music became funkier and more commercial. 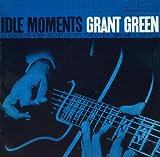 He was known for his versatility, working extensively as a Los Angeles session musician as well has landing high profile gigs accompanying Oscar Peterson and Ella Fitzgerald, with whom he recorded a series of duo albums in the 1970s and ‘80s.

Interestingly, he is quoted as saying that he consciously avoided the influence of other great guitarists, instead transcribing Charlie Parker and trying to sound like a horn player:

“I never copied anything that Charlie Christian played. I can’t play any of his solos, I don’t know how they go… I never copied Django.”

At times when listening to this 1973 solo set it’s hard to believe that you’re only hearing one guitar.

Proving that he didn’t need the accompaniment of other musicians to swing hard or create a full sound, Pass is incredibly inventive with his use of techniques and textures on Virtuoso, perhaps the most important solo guitar record. 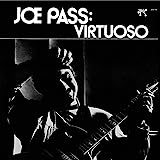 Burrell is still active, leading the Jazz Studies programme at the UCLA Herb Alpert School of Music in Los Angeles and continuing a remarkable career – having made his recording debut with trumpeter Dizzy Gillespie back in 1951.

Hailing from Detroit, a city that has produced an astonishing number of famous jazz musicians, he was one of the most in-demand sidemen of the 1950s and ‘60s, recording with Kenny Dorham, Chet Baker, Stan Getz, Blossom Dearie, Donald Byrd and many others.

He also made plenty of well-received albums as a leader, perhaps most notably for Blue Note Records and Prestige.

In the late 1950s he held the guitar chair in Benny Goodman’s band that had previously been Charlie Christian’s, and Duke Ellington famously described him as his favourite jazz guitarist.

‘Freight Trane’ (a ‘Blues For Alice’-type blues in A flat by Tommy Flanagan) is one of the highlights of his enjoyable 1958 set, as is Burrell’s own ‘Lyresto’.

Other brilliant Burrell-led albums include A Night at the Vanguard and the soulful Midnight Blue. 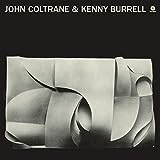 Kessel was a member of the Wrecking Crew, the famed collective of L.A. session musicians, in the 1960s.

However, he also had serious jazz credibility, playing in the bands of Charlie Barnet, Artie Shaw and Oscar Peterson. Known for his ability to sensitively accompany singers, he recorded extensively with Billie Holiday and Anita O’Day, as well as featuring on Julie London’s incredibly successful rendition of ‘Cry Me a River’.

Kessel, bassist Ray Brown and drummer Shelley Manne dominated the reader polls on their respective instruments in magazines like Downbeat, Metronome and Playboy in the mid-1950s. As a result the three West Coast jazz stars recorded a series of albums as ‘The Poll Winners’.

This, the first of five that they would release under the name, is a fun and swinging selection of standards. Kessel’s appearance as a sideman on Sonny Rollins and the Contemporary Leaders is also highly recommended. 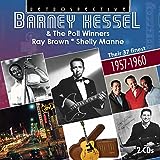 Like a number of players on this list, Jim Hall was initially inspired to take up the guitar after hearing recordings of Charlie Christian.

Some of the highlights of his incredibly rich, long and varied career include: his early drummer-less trio sessions with Carl Perkins and Red Mitchell; his work in Sonny Rollins’ early ‘60s quartet on The Bridge and What’s New?; live albums in duo with Ron Carter; Art Farmer’s influential quartet with Hall, Steve Swallow and Walter Perkins or Pete Laroca; Paul Desmond’s cool quartet on records like Take Ten.

Jim Hall and Bill Evans enjoyed a fruitful musical relationship in the 1960s, with Hall featuring on two brilliant Evans quintet albums: Interplay and Loose Blues. They also made Undercurrent, a beautiful duo set from 1962.

Evans and Hall are both first-rate soloists and accompanists, and they split soloing and comping duties evenly, as well as sometimes opting to improvise single lines simultaneously to thrilling effect. The pair would collaborate in a duo setting again with Intermodulation in 1966. 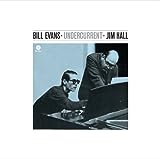 Metheny burst onto the scene as a prodigious talent in the mid-1970s, with a three-year stint in vibraphonist Gary Burton’s band and, at 19, becoming the youngest teacher in the history of Berklee College of Music.

His Pat Metheny Group, featuring long-time collaborator Lyle Mays on keyboards, has generally been his main outlet for jazz fusion music, but he has also released more traditional jazz albums, like 1991’s Question and Answer, with Dave Holland and Roy Haynes.

He has reached a level of mainstream popularity that few jazz musicians attain, winning 20 Grammy Awards and becoming the first person to win Grammys in 10 categories.

Metheny was an early proponent of the 12-string guitar in jazz, and has also used a 42-string Pikasso guitar and the guitar synthesiser.

Pulling in influences from across the history of jazz, as well as fusion, Brazilian music and folk from various cultures, he has created a progressive sound that revolutionised the way we view the jazz guitar.

Metheny’s debut for ECM was released in 1976 when he was just 21, and it is also the first major recording of the great electric bassist Jaco Pastorius.

Bob Moses, with whom Metheny had played in Gary Burton’s band, completes this trio of highly melodic improvisers.

The guitarist is heard on both six and 12-stringed guitars, and a number of his original compositions are inspired by his mid-western upbringing. This is remembered as one of the most accomplished and fully formed debuts in the history of jazz. 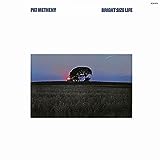 Frisell has an instantly recognisable sound, with a spindly tone that is steeped in Americana and country music.

He first came to prominence during the 1980s and has had a long association with ECM Records. His own bands have often had unusual instrumental lineups, as exemplified by his use of cellist Hank Roberts in his quartet during the 1980s.

He was a long-time member of Paul Motian’s bass-less trio along with Joe Lovano, which explored the leader’s compositions alongside standard songs, and he has also worked as a sideman with John Zorn and Jan Garbarek.

His own albums have taken on an array of themes, ranging from film music, the music of John Lennon, standards, bluegrass and original composition.

Scott Yanow’s All Music review called Have a Little Faith “One of the most inventive albums of the ‘90s”. 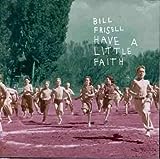 Have a Little Faith
Check Price

So that’s it…for now. Let us know in the comments section which legendary jazz guitarists should be added in the next update to this article…

If you’re interested in checking out some more jazz guitar content, we interviewed two modern day greats, in Kurt Rosenwinkel and Wolfgang Muthspiel.

You can also check our guide to the Best Hard Bop Albums of All Time here. 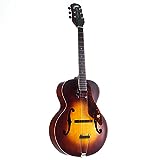 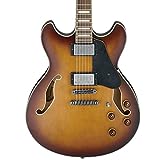 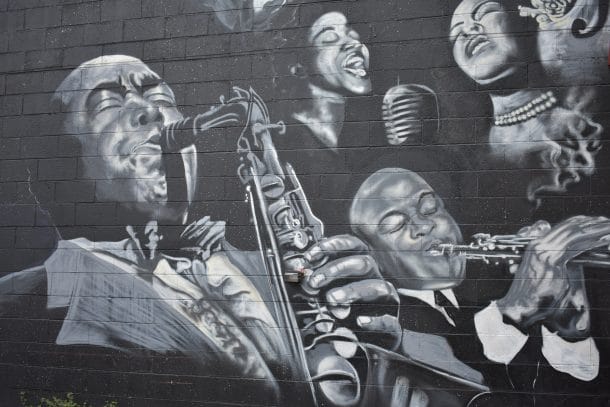