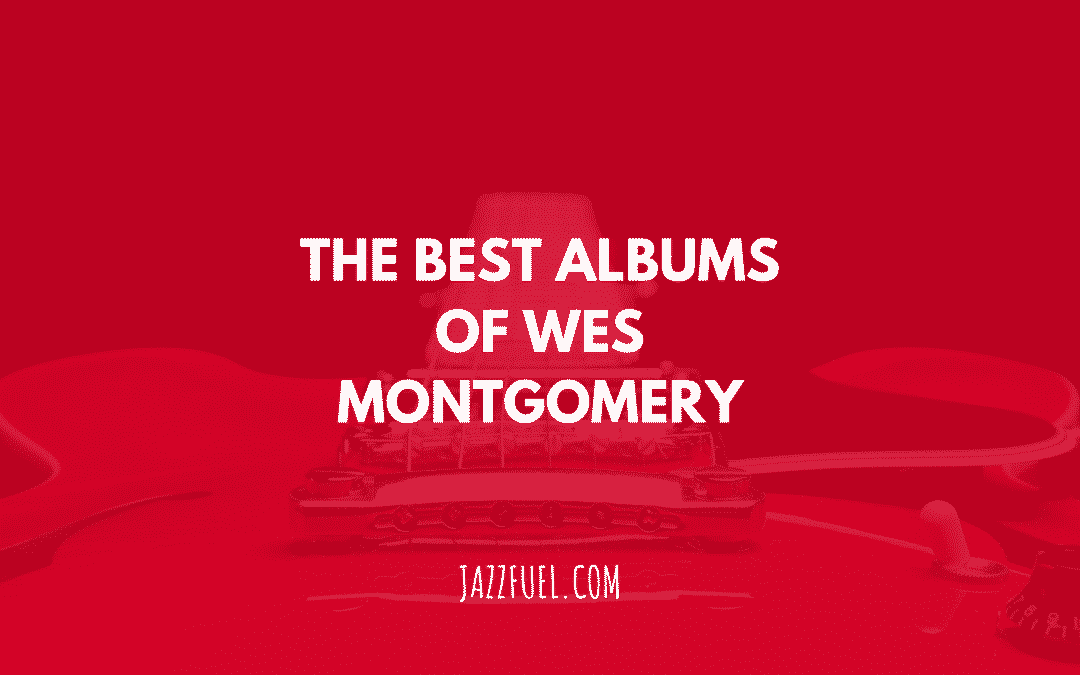 In this article we’ve picked 10 albums from the discography of the great Wes Montgomery, to give some insight into the career and music of one of the best jazz guitarists of all time.

John Leslie “Wes” Montgomery is remembered as one of the greatest and most influential guitarists in all of jazz. With his unconventional playing style and frequent use of octaves, he was able to develop a highly distinctive voice that was always joyous, soulful and swinging.

Following humble beginnings he came to professional music relatively late in late life, while his recording career did not begin properly until he was in his thirties.

His infectious brand of hard bop and soul jazz would later undergo a stylistic shift towards a smoother, more populist aesthetic, helping him achieve a level of popular success that very few jazz musicians managed, before his life was sadly cut short at the height of his popularity.

This article will look at 10 great albums that tell the story of Wes Montgomery’s intriguing life and career. 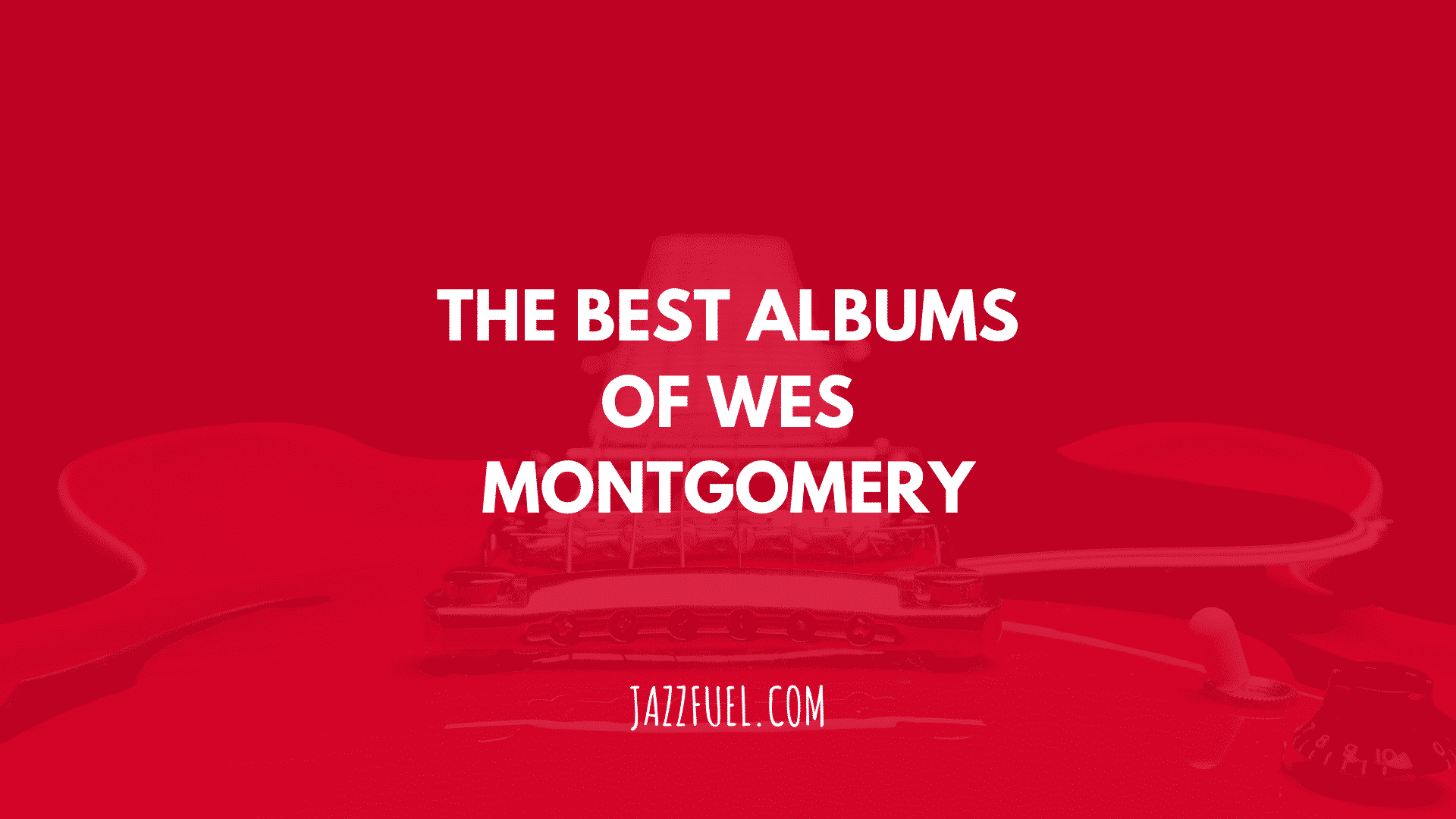 Wes Montgomery was born in in 1923 in Indianapolis, Indiana, where he would live for much of his life, although some of his childhood years were spent in Columbus, Ohio. He worked as a welder and was already a married man by the time he purchased his first six-string guitar, after hearing a Charlie Christian recording.

He was entirely self-taught and, after an intense period of practice, was soon doing gigs in local clubs.

After a stint on the road with star vibraphonist Lionel Hampton, he returned home to play in Indiana, maintaining a gruelling schedule that saw him working in the factory most of the day, then gigging through the night.

Wes’ older brother Monk Montgomery was a bassist, while his younger sibling Buddy played vibraphone and piano: the three – initially called ‘The Mastersounds’ – would work together extensively over the years.

Fingerpickin’ comprises two sessions: one from 1957 and one from 1958. Six of the tunes here were originally released as The Montgomery Brothers Plus Five Others, and are trumpeter Freddie Hubbard’s recorded debut. The final three tunes, which feature Wes more prominently, are all taken from the musical Kismet.

One night in the late 1950s, alto saxophonist Cannonball Adderley was present at one Montgomery’s Indianapolis gigs. Adderley was so impressed that he persuaded Orrin Keepnews to fly out from New York to hear him play and ultimately sign him to Keepnews’ Riverside Records, whose roster included Adderley and other jazz stars like Bill Evans and Thelonious Monk.

His first album for Riverside was a trio effort with organist Melvin Rhyne, who would be heard on a number of Montgomery albums over the following few years, and lesser-known drummer Paul Parker.

Recorded in 1959, it’s probably fair to say that isn’t one of Montgomery’s strongest overall efforts – certainly he would record with more exciting rhythm sections – but Wes plays some excellent solos and was hailed a major new voice on his instrument. The Montgomery original ‘Jingles’ is a highlight, as is his playing on ‘Satin Doll’.

In his review for All Music, Ronnie D. Lankford Jr. calls it “a revolution in technique and execution. Suddenly, out of nowhere, a 36-year-old guitarist re-imagines the jazz guitar solo.”

In 1960 Wes Montgomery recorded what many consider to be his finest studio album.

The Incredible Jazz Guitar sees him accompanied by an A-list New York rhythm section: elegant pianist Tommy Flanagan had already appeared on Sonny Rollins’ Saxophone Colossus and John Coltrane’s Giant Steps by this point (both of which we included on our list of best jazz albums in history).

Meanwhile Percy Heath had played with Miles Davis and held the bass chair in the Modern Jazz Quintet, and his younger brother Albert “Tootie” Heath had drum credits on albums by John Coltrane and others.

Some of Wes’ best-known compositions are heard here: ‘D Natural Blues’, ‘Four on Six’ and ‘West Coast Blues’. The guitarist also demonstrates his ability to breeze through tricky changes on a rendition of Sonny Rollins’ ‘Airegin’.

The album has been included as part of the ‘Core Collection’ by the Penguin Guide to Jazz and was selected for the National Recordings Registry by the Library of Congress.

That year Riverside put together a recording session with a band of ‘poll-winners’.

Montgomery continued to record prolifically as a leader for Riverside through the early 1960s: albums like Movin’ Along, SO Much Guitar and Boss Guitar all place the guitarist with varying rhythm sections but are all excellent. 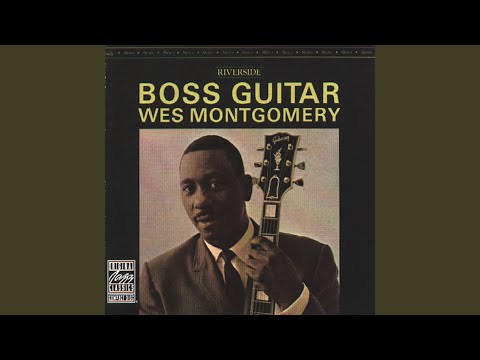 In 1962 he made an album as co-leader with vibraphonist Milt Jackson. Nicknamed ‘Bags’, Jackson is most famous for his role in the Modern Jazz Quartet, which fused jazz with European classical music, but he was a blues-soaked bebopper at heart.

There’s plenty of blues here – ‘S.J.K.’, ‘Blue Roz’ and ‘Sam Sack’ are all variations on the 12-bar form – as well an enjoyable run through Benny Golson’s challenging ‘Stablemates’.

In 1964 Wes moved from Riverside to Verve, a bigger label where his releases would be overseen by legendary producer Creed Taylor, who was more business-minded, less purist, than Keepnews.

Commercially speaking, this approach certainly worked: Movin’ Wes, his first album for Verve, soon became the best-selling album of his career so far.

The guitarist is in excellent form here, playing a nimble solo on the up-tempo waltz ‘Senza Fine’, as well on old favourites from previous albums like ‘Born To Blue’ and ‘West Coast Blues.

Smokin’ at the Half Note

This 1965 live album from New York saw Wes return to the small group jazz setting of his early career.

Arguably Wes’ best-loved record, it features him in the company of Wynton Kelly’s piano trio, with Paul Chambers on bass and Jimmy Cobb on drums. This all-time great rhythm section had worked as part of Miles Davis’ quintet and had also featured on previous Montgomery album Full House, another essential live record.

The whole thing swings like crazy, and really captures the intensity that Wes Montgomery was able to generate in a live setting.

Rather than a pick, Wes used the soft part of his thumb to pluck the strings of his guitar, creating a softer sound that certainly didn’t sacrifice any rhythmic strength or flexibility. He also frequently played in octaves (playing a melodic line doubled in a parallel octave below), a technique he would often employ to take things up a gear towards the end of a solo. 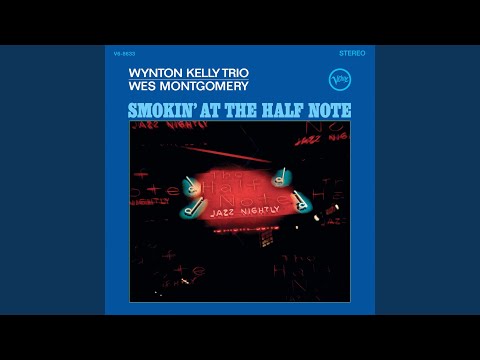 In Paris – the definitive ORTF recording

Another live concert, this double album was recorded in 1965 but remained unreleased until 2017.

With Harold Mabern on piano, Arthur Harper on bass and Jimmy Lovelace on drums, it provides a welcome document of Montgomery’s working band from the time. Johnny Griffin also guests on a few tracks.

It’s interesting to compare it with the Half Note record: although the rhythm section here is not as star-studded as on that one, it certainly holds up well and is extremely highly regarded by Wes aficionados.

European audiences had been waiting eagerly to hear Montgomery play live. Remarkably the tour during which this was recorded was the only trip abroad that he ever took, in part due to his severe fear of flying.

Californian label Resonance Records have reissued a number of previously unheard Montgomery albums, including One Night in Indy, a 1959 date with pianist Eddie Higgins’ trio, and Smokin’ in Seattle, with the Wynton Kelly Trio again (although Ron McClure replaces Paul Chamber on bass) from 1966.

Wes had often worked with organist Melvin Rhyne – Boss Guitar is another great organ record, as well as the aforementioned Dynamic New Sound – but in 1966 Creed Taylor paired him with Jimmy Smith. Smith was a much bigger name than Rhyne: he is credited with popularising the Hammond B-3 as a jazz instrument and, in fact, him and Wes were two of Verve’s most popular artists at the time.

The results, as you might expect, are soulful, greasy and steeped in blues language and feeling. The core organ trio is completed by Grady Tate on drums, plus there’s a horn section arranged by Oliver Nelson.

The final chapter of Wes Montgomery’s recording career began when he left Verve to sign for A&M.

These radio-friendly releases featured him playing familiar tunes: on Road Song we hear ‘Scarborough Fair’ ‘Greensleeves’, ‘Fly Me To The Moon’ and ‘Yesterday’, with orchestral backings arranged by Don Sebesky.

There’s little in the way of jazz improvisation here, with Wes largely sticking to the melodies, and these albums are not fondly remembered in comparison to his earlier work: critic Scott Yanow described it as a “strictly for the money effort.”

But Wes, always a devoted family man, had mouths to feed at home, and his concert fees were soaring during this period.

Tragically, at the height of his fame and aged just 45, he died of a heart attack.

Although he had avoided the addictions to illegal narcotics and alcohol that had plagued many of his contemporaries, he was a long-time heavy smoker. His brutal schedule during the years when he worked in the factory will also have taken their toll, and he had apparently suffered from blackouts caused by fatigue.

Although his career was cut short, his legacy is immense, and he has influenced generations of musicians in the years following his death. Pat Metheny called him “the greatest guitarist of all time”.

Thanks for reading our pick of 10 great Wes Montgomery albums from his impressive discography of jazz records. Let us know in the comments section if there are others you feel deserve to make the top 10!

Are you a jazz guitarist?

You might like to check out our rundown of the best amps for jazz, which players play which types of strings or the guide to what are the best guitars for playing jazz?