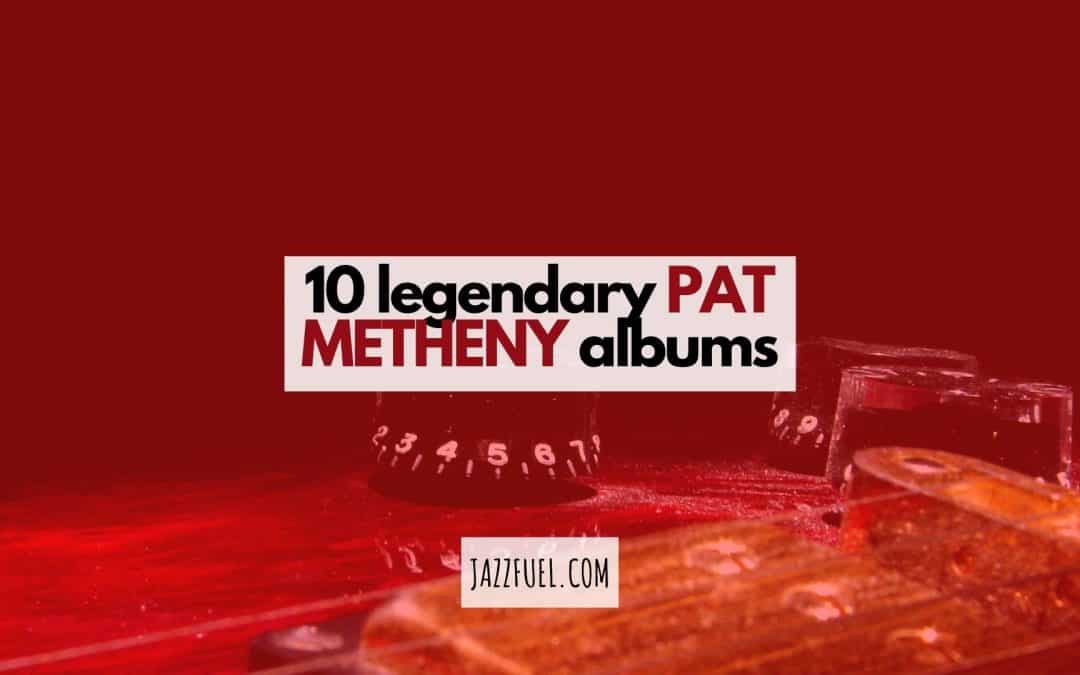 Unquestionably one of the most famous jazz guitarists in history, Pat Metheny’s discography is vast and, for this article, we’ve taken on the challenge to pick 10 of his best albums for you to check out.

Pat Metheny has recorded dozens of records – and counting!

Some are under his own name, others with the phenomenally successful Pat Metheny Group and many more as an in-demand sideman.

Knowing quite where to start listening – especially if you’re relatively new to his music – may seem overwhelming.

But whilst it appears a near-impossible task, we’ve picked out a chronological list Pat Metheny albums which showcase various periods and highlights from an extraordinary career.

As you might expect from such a great artist, he brings a lot of other brilliant musicians along for the ride too..!

Widely regarded as one of Metheny’s finest albums, Bright Size Life was released in 1976 and features Metheny on both 6 and 12-string electric guitar alongside Jaco Pastorious on bass guitar, and Bob Moses on drums.

Bright Size Life appears regularly in lists of the finest jazz guitar recordings of all time and tracks from the album feature on Jazz: The Smithsonian Anthology, which compiles the most important recordings in the history of jazz.

It’s fair to say that his debut outing as a bandleader is also one of his most essential!

Despite the significance that we now attribute to Bright Size Life, it was only 10-15 years after its recording that it received wider recognition and critical acclaim, the album selling less than 1000 copies upon release.

Metheny recorded Bright Size Life when he was only 21, yet many of his distinctive characteristics are on display throughout: angular phrasing, his trademark warm tone and fluid left hand articulation.

All compositions are his own, apart from of Ornette Coleman’s Round Trip/Broadway Blues – which perhaps hints at his affection for the Coleman themes he would later explore on ‘Song X’.

His evocative compositions such as ‘Missouri Uncompromised’ and ‘Midwestern Night’s Dream’ conjure beautiful images of his Midwestern roots. 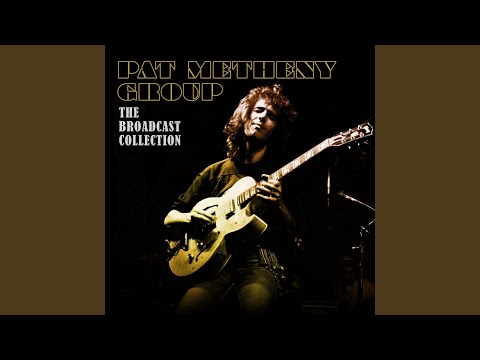 A collaboration between Pat Metheny and long term musical partner Lyle Mays, As Falls Wichita, So Falls Wichita Falls was released on ECM records in 1981.

Featuring a heavily overdubbed Metheny on lead and accompanying guitar, as well as bass guitar and Synclavier II, this stunning ambient recording remarkably came straight off the back of touring with Joni Mitchell, and recording with heavyweight jazz musicians Michael Brecker, Dewey Redman and Charlie Haden.

The sprawling title track (taking up the entire first side of the LP) features haunting organ and spindly harpsichord-esque guitars, with Brazilian percussionist Nana Vasconcelos adding moments of texture on an array of African, Indian and Latin American percussion.

The third album by the hugely successful Pat Metheny Group, Offramp won the the 1982 Grammy Award for Best Jazz Fusion Performance – the first of ten Grammy’s the Pat Metheny Group would go on to win.

It’s the first album to feature Metheny on a guitar synthesiser, an instrument that would go on to be extensively used and closely associated with the guitarist.

It’s also the first of the groups albums to feature vocals, again, a stylistic shift that would go on to be a key part of the band’s sound in the coming years.

Achieving both commercial success and critical acclaim after its release, Offramp’s progressive sound and lyrical improvising make it well worth checking out. 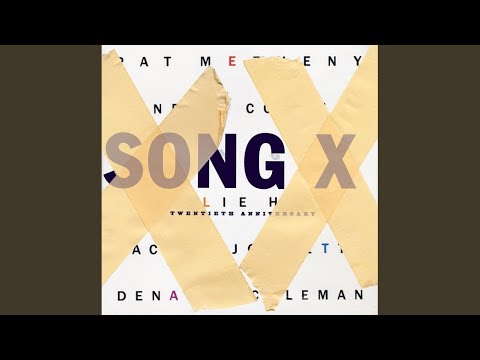 Showcasing Pat Metheny in a different light, The Falcon and the Snowman released in 1985 is a film soundtrack to accompany the film of the same name, with music composed by Metheny and Lyle Mays.

Also containing the hit song ‘This Is Not America’ sung by David Bowie, the majority of the record is performed by the Pat Metheny Group, occasionally supplemented with orchestra and choir.

Whilst it serves as a departure from previous records stylistically, featuring less improvisation and jazz-influenced compositions, the group’s trademark sound lends itself well to the cinematic score and is an interesting and important addition to Metheny’s discography.

Another co-lead effort, this time pairing Metheny with saxophonist Ornette Coleman, Song X is a free jazz record released in 1986 by Geffen Records.

Metheny and Coleman worked hard in the run up to the recording session to come up with a sound and vocabulary for the album that would be fresh and different.

The combination of Coleman’s alto saxophone tone with Metheny’s guitar synthesizer created a unique sound, and can be heard throughout the record alongside long-term collaborator’s Charlie Haden and Jack DeJohnette.

Upon release, the album was met with critical acclaim, and the pair were praised for their joyful playing, lyricism and invention.

The experiment of pairing this veteran of free jazz with a master of jazz fusion paid off, and we particularly recommend tracking down the 2005 remixed and remastered CD edition containing six previously unreleased tracks.

The winner of the 1988 Grammy award for Best Jazz Fusion Performance, Still Life Talking is the Pat Metheny Group’s sixth album, and the ensembles first release on Geffen records.

The group was supplemented for this session by multi-instrumentalists David Blamires and Mark Ledford, as well as Brazilian percussionist Armando Marcal.

The greater freedom that Geffen afforded its artists (the album took two weeks to record, a much longer time frame than his previous albums) allowed the band to try new things, further developing and refining their sound in the studio.

The results are fantastic, and the album remains to this day one of the group’s most popular discs, selling over 500,000 copies.

Listen out for how Brazillian-influenced harmonies and rhythm fuse with elements of jazz and folk throughout, ‘So May It Secretly Begin’ and ‘Third Wind’ being tracks to look out for.

Recorded soon after Metheny featured on guitarist Jim Hall’s 1998 album By Arrangement, this 1999 duet album is a mixture of studio tracks and live recordings, the results of which are stunning.

The two complement each other beautifully, performing with astonishing interplay as they work their way through a selection of originals, jazz standards and improvisations.

They demonstrate a clear affinity and respect for each other, performing with subtlety and working together to serve the higher purpose of the music rather than themselves, whatever the material.

Whilst Hall sticks to his regular archtop guitar, Metheny uses a combination of electric, acoustic and fretless acoustic guitars, as well as a 42-string instrument built by master luthier Linda Manzer.

Recorded just as Metheny came to the end of a two-year period of intense recording and touring around the world with his regular ensemble, the energy that Grenadier and Stewart brings serves as the perfect foil for Metheny to further work on his unique trio sound.

You can hear the guitarist exploring the possibilities of what a guitar-led three piece ensemble is capable of and what new things he could add to what came before him.

Listen out in particular for his astonishing rendition of John Coltrane’s Giant Steps, played with something of a bossa nova rhythm, demonstrating his ability to play through complex chord progressions.

His solo on ‘(Go) Get It’ saw him win the 2000 Grammy Award for Best Jazz Instrumental Solo.

Released in 2006 by Nonesuch Records, Metheny/Mehldau is in the most part a duet between the guitarist and virtuoso pianist Brad Mehldau – although they are joined for two tracks by Jeff Ballard (drums) and Larry Grenadier (double bass).

Whilst both have strong individual voices on their respective instruments, the record feels like a true collaborative effort, each musician’s identity remaining identifiable, yet the two coming together to create something greater than the sum of its parts.

Metheny mainly sticks to hollow body guitar for this recording, as well as occasionally using steel-string acoustic and baritone guitar on the folk-influenced ‘Make Peace’ (another nod to his mid-western upbringing).

The two quartet tracks are also excellent, the energetic ‘Legend’ being a particular highlight.

The most recent release featured on this list, Metheny released Day Trip, a trio record with Christian McBride (double bass) and Antonio Sanchez (drums) in 2008 on Nonesuch Records.

Heralded as the pick of the bunch from his recent output, and for some ranking amongst his best of all time, Day Trip features compositions firmly rooted in the jazz tradition with dynamic improvising, and lilting folk-influenced ballads.

Metheny’s ‘Is This America?’ ranks as one of the album’s numerous highlights with other stand-out moments including the Latin tinged title track, as well as the bluesy ‘Calvin’s Keys’ and Sanchez’s drumming on ‘When We Were Younger’. 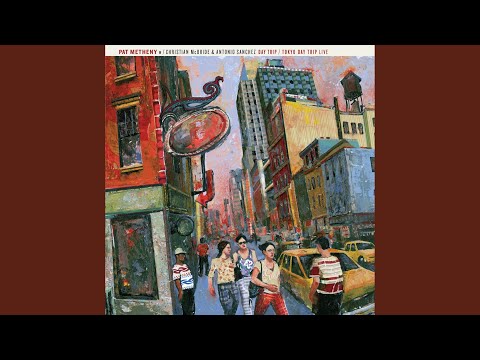 Thanks for joining us on this trip through some of the great Pat Metheny albums.

If you’re a guitarist yourself – or are getting started with jazz – you can find all the Jazzfuel articles and guides on this topic here, as well as picks of the best jazz guitars for beginners and the best guitar brands around the world.