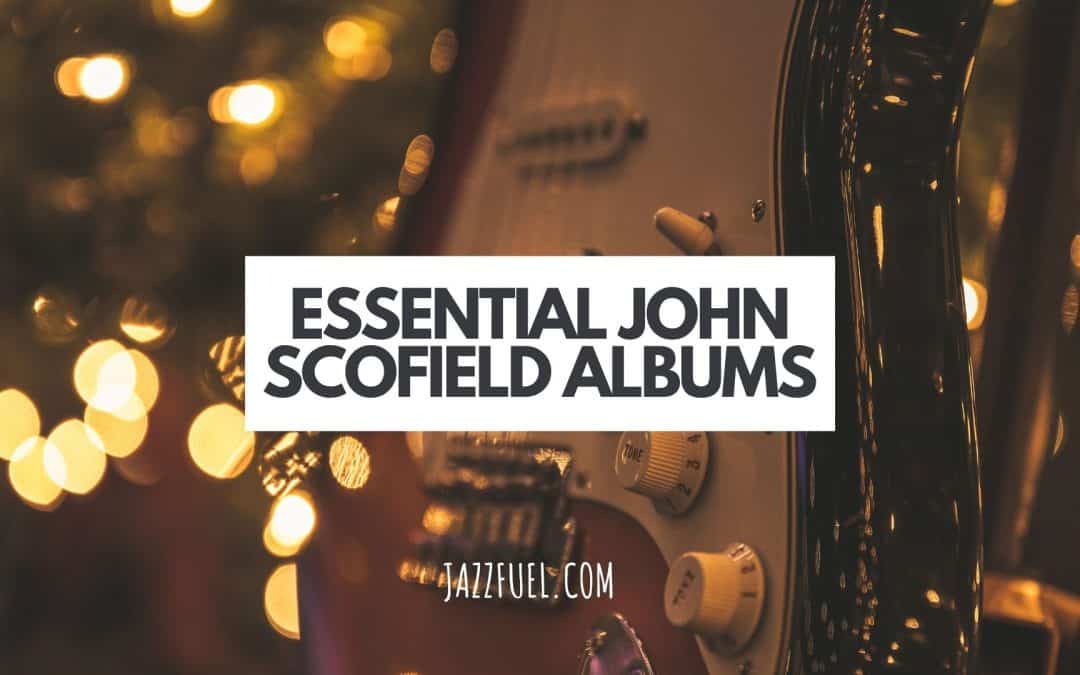 In this article, we select the top ten essential John Scofield albums to add to your collection, as part of our series of the most famous jazz guitar players in history.

John Scofield’s career as a leader took off after he worked with Miles Davis in the mid-1980s, gaining valuable experience and exposure.

The guitarist had already been on the jazz scene for several years, making some of his first recordings with Gerry Mulligan and Chet Baker after studying at Berklee College of Music in Boston.

He played on one of Charles Mingus’ last sessions (Three or Four Shades of Blues, 1977) and was part of a very funky jazz-fusion quartet, the Billy Cobham & George Duke band (“Live” On Tour In Europe, 1976).

Scofield’s gnarly, blues-inflected playing can be identified after a few notes. He uses distortion and other effects but his phrasing and seemingly endless stream of ideas are the essence of jazz.

Like his contemporary Pat Metheny, a large part of his success has been his ability to write good compositions on which to feature himself. He has also indulged his love of funk and more groove-based music.

Scofield has put together many great bands, making some inspired choices of personnel along the way. Here are some of the best John Scofield albums to get started with.

After making a few live and studio recordings for other labels, John Scofield came up with an album which ranks among his best.

On ‘Still Warm’ we hear the maturity of his playing and the guitar sound that he refined in the studio with Miles Davis. The band are players comfortable in both the jazz and pop worlds, providing sensitive, inventive support throughout.

‘Still Warm’ presents some beautiful melodies alongside busier tracks such as the opener ‘Techno’ and the angular anthem ‘Protocol’. Scofield writes good band arrangements for the players to improvise around and build dynamics on.

Electric bass player Darryl Jones had played alongside Scofield with Miles Davis and Omar Hakim was the drummer for Weather Report. The pair went on to work with Sting.

For his next album, Scofield put together a new band with a strong funk influence.

‘Blue Matter’ introduced the powerhouse drumming of Dennis Chambers to jazz fans. He had previously been with Parliament-Funkadelic. In lockstep with him was Gary Grainger, who often uses the slap technique on electric bass.

The tracks feature some strong melodies set to heavy funk riffs. In contrast, ‘Heaven Hill’ shows a gospel influence while Scofield digs deep to solo on ‘The Nag’ against a fast descending bassline. Scofield went on to record ‘Loud Jazz’ and ‘Pick Hits Live’ with Chambers and Grainger. 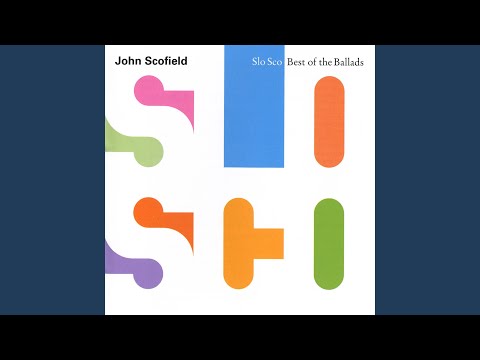 After six albums for Gramavision, John Scofield recorded ‘Time On My Hands’ for the relaunched Blue Note label to start a new chapter in his career.

Joining him are the tenor saxophonist Joe Lovano with two big personalities on their instruments, Charlie Haden on double bass and Jack DeJohnette on drums.

The result is an intimate and free sounding set, as the choice of personnel might suggest. Some tracks recall Keith Jarrett’s quartet music, such as ‘So Sue Me’, a reference to Mrs Scofield.

‘Let’s Say We Did’ and ‘Stranger To The Light’, with their bass ostinatos, could easily have been played by one of Scofield’s electric bands.

The following year’s outing, ‘Meant To Be’, is less experimental but the quartet has a stronger identity.

Scofield and Lovano are joined by double bass player Marc Johnson and the drummer Bill Stewart, who would go on to feature on countless Scofield albums. ‘Big Fan’ is another Jarrett-like head, while ‘Go Blow’ does exactly that, featuring some superb extended solos from Scofield and Lovano.

This recording pairs two of the great contemporary jazz guitarists, who have some shared history. Scofield had replaced Metheny in the band of vibraphonist Gary Burton back in 1977.

Steve Swallow was the bass player in that band. He is Scofield’s mentor and he has produced many of his records. It was logical for him to play on the album alongside Bill Stewart.

The highlights are the intimate ballads: Scofield’s ‘No Matter What’ and Metheny’s ‘Message To A Friend’ and ‘Say The Brother’s Name’. Some of the other tracks are lively fusion numbers in the style of ‘Blue Matter’, with Swallow’s synth-like bass guitar. 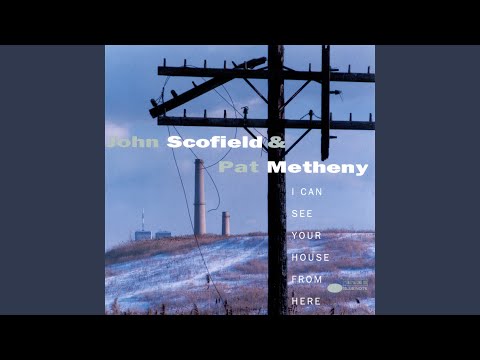 Double bass player Dennis Irwin joined Lovano and Stewart for the excellent ‘What We Do’ (1993), replacing Marc Johnson in what was now the John Scofield Quartet.

Irwin was central to two more albums as Scofield explored R&B and other Americana with changing personnel. A supportive player who used gut strings, he brings an old school bounce to the mix.

‘Groove Elation’ features the veteran drummer Idris Muhammad, who had worked with Fats Domino, Ahmad Jamal, Pharoah Sanders and countless others. Tracks such as ‘Kool’ and ‘Carlos’ almost take the listener to New Orleans while organist Larry Goldings is employed to good effect on the sparse opener, ‘Lazy’.

Scofield’s debut for the Verve label features him on acoustic guitar exclusively, with the compositions orchestrated for horns and woodwinds.

‘Away With Words’ is a beautifully constructed ballad, while ‘Tulle’ and ‘Door#3’ are set to bossa nova rhythms. On ‘After The Fact’ the ensemble cuts to solo acoustic guitar, which is a useful effect.

While the sound is unmistakably Scofield, it seems that the acoustic guitar is holding him back when the volume rises. The appearance of tenor saxophonist Wayne Shorter soloing on three tracks is an unexpected bonus. 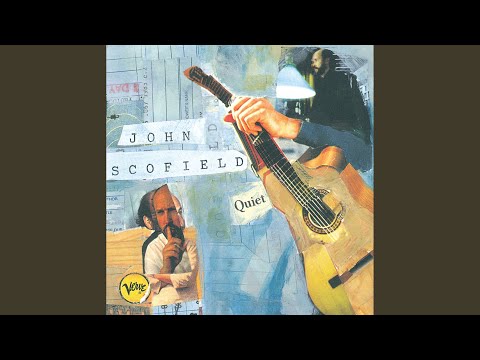 For this album, John Scofield hooked up with Medeski, Martin & Wood, a keyboard-bass-drums trio known for their retro sounds and groove-based music.

The partnership was inspired, with Scofield bringing his signature style and compositions to a rhythm section who were making waves on the US ‘jam band’ scene.

The album is a good listen throughout. Tracks such as ‘Boozer’, ‘Jeep on 35’, ‘Green Tea’ and ‘Hottentot’ combine strong melodies over tasteful grooves, with enough twists and turns to surprise the listener.

As usual, Scofield is masterful in building his solos and he gives the trio lots of space to do their thing. It’s a treat of vintage keyboard sounds, funky drum breaks and unorthodox bass fills.

Around this time Scofield refined his guitar sound to a less processed and more piercing tone, playing close to the bridge of his Ibanez AS-200.

In the liner notes for this album, John Scofield describes the musicians as his “one-time-only dream band“.

Scofield had the idea for the album after playing with Higgins, a veteran who recorded with Ornette Coleman and many artists from the Blue Note era. Once again, the compositions are superb and the recording was done after just one rehearsal.

The interplay between Scofield and Kenny Garrett is stunning. Both were sidemen with Miles Davis in the 1980s and had played a few times before.

Higgins and McBride are all over the bass riffs on ‘I’ll Catch You’ and ‘Loose Canon’. ‘Not You’ is based on the well-worn standard ‘There’ll Never Be Another You’.

Meldhau shows his classical sensibilities but he is a bit low in the mix.

Hank Williams’ ‘I’m So Lonesome I Could Cry’ is taken as a fast freewheeling swing and Dolly Parton’s ‘Jolene’ becomes a jazz waltz. On Shania Twain’s ‘You’re Still The One’, Scofield’s smouldering solo is filled with emotion.

In 2017, ‘Country For Old Men’ won Grammy Award for Best Instrumental Album and Scofield’s solo on ‘I’m So Lonesome I Could Cry’ won him another Grammy for Improvised Jazz Solo.

John Scofield assembled a new band for this recording, the title being a reference to his age at the time. The sound sits between the quartet and the more groove-based albums, and compares with Scofield’s best.

Gerald Clayton is a compelling soloist on both piano and organ. Vicente Archer has a dark, percussive sound on double bass. He had worked with Bill Stewart in a trio with trumpeter Nicholas Payton.

Highlights include the gospel-tinged ‘Willa Jean’, the angular, swinging ‘Icons At The Fair’ and the spacey, grooving ‘New Waltzo’. The boppy ‘King Of Belgium’ is a tribute to Toots Thielemans, based on the late harmonica master’s ‘Bluesette’. 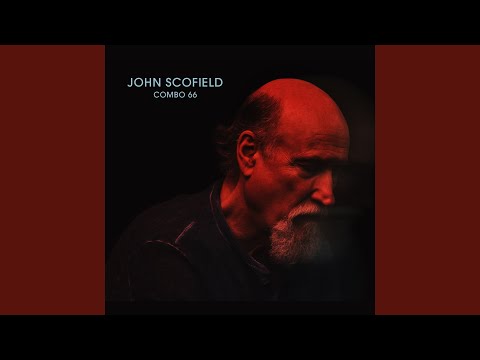 There are so many great John Scofield albums!

Check out his early dates as a leader and his work as a sideman. Scofield and his compositions are also featured on two large ensemble recordings: ‘Scorched’ (2002) by Mark-Anthony Turnage with the Frankfurt Radio Symphony Orchestra, and ’54’ (2009) by the Metropole Orkest and Vince Mendoza.

Read more about the jazz guitar greats in our rundown of the best modern jazz guitarists or check out our top ten greatest guitar solos in jazz history.