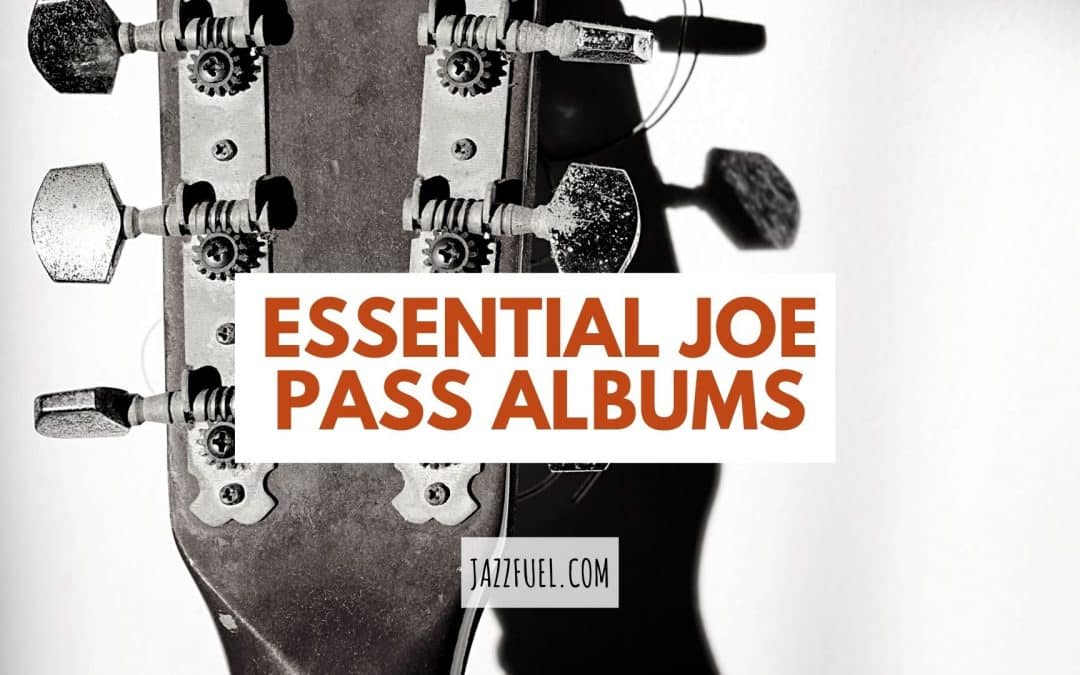 Joe Pass may be, in some ways, the best-kept guitar playing secret in the jazz world. But in this article, we’ve picked 5 of his most essential recordings to check out, and the stories behind them…

Though true jazz guitar fans know him for his inventive solo playing and a string of classic albums, Joe Pass isn’t as well known as players such as Wes Montgomery, perhaps because he was seen as part of the mainstream.

Born Joseph Anthony Jacobi Passalaqua in New Jersey in 1929, he began performing at 14, later joining the bands of Tony Pastor and Charlie Barnet.

His career really took off in the 1960s, once he had beaten his addictions. He often worked with Oscar Peterson and Ella Fitzgerald, also recording many albums for the Pablo label founded by ‘Jazz at the Philharmonic’ concert promoter Norman Granz.

Pass is one of the greatest exponents of chord melody guitar, where the melody and chords are played on the instrument at the same time.

The following five albums are among his best and most memorable.

We chose not only his fascinating early recordings but later albums which confirm that his skills as a jazz guitarist, composer and interpreter were undiminished by age.

It’s no wonder that Joe Pass recorded a tribute for Django Reinhardt, putting his own mark on tunes written by or associated with the legendary gypsy jazz guitarist.

For his fourth album as a leader, Joe Pass built on the lessons he had learned playing in bebop bands from an early age.

He kept the combo small and focused on two guitars, bass, and drums – Pass with John Pisano, Jim Hughart and Colin Bailey.

This line-up gives the album a lean and agile feel which sounds active without being too cluttered.

John Pisano provides more than adequate rhythm guitar around which Joe can solo and explore at will.

Django himself often played with at least one rhythm guitarist.

The result is an endlessly fascinating album and one that is easy to come back to time and time again.

Crucially, Pass is not slavish to Django’s style. Instead, he takes contemporary jazz techniques and integrates them into Reinhardt’s gypsy jazz – all without detracting from the primary quality of Django’s style and melodies: a great balancing act!

Standout tracks are ‘Nuages’ with it’s gorgeous chord soloing, while Pass also offers his take on Django’s hot jazz style with the fast tempo ‘Night and Day’ and ‘Limehouse Blues’. 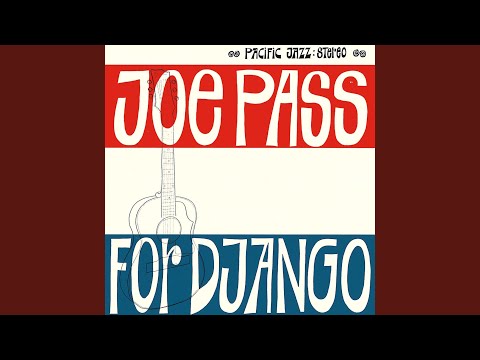 ‘Virtuoso’ was an unlikely success.

Pass was already 44 when he recorded this album, and his addictions and legal troubles had nearly cost him both his career and his life.

Jazz had moved onto electric sounds, with the fusion era pushing the genre into wilder and louder realms.

It seems many people did, because ‘Virtuoso’ was one of his most successful discs. Not only did it sell well, it was immediately heralded by critics as the best album of his career.

In addition, many jazz fans longed for acoustic styles and for a player willing to strip things down to their primary colours.

‘Virtuoso’ achieves these goals by balancing accessibility with daring.

Pass is able to play the melodic line of each tune while also adding layers of improvisation.

Each new chord and melody expands upon the song’s core without compromising it, which is a rare feat.

This and any of the series of ‘Virtuoso’ albums released afterwards should be considered a must-own album in every Joe Pass fan’s collection.

Among the many highlights are his gentle version of jazz standard ‘Stella By Starlight’, a fiendishly busy ‘Cherokee’, and a mellow chord melody version of ‘Here’s That Rainy Day’.

He is believed have used a Gibson ES-175 recorded acoustically on nearly all of the tracks.

This guitar is normally played through an amplifier to give a louder and more rounded tone.

The response to ‘Virtuoso’ brought Joe Pass firmly back into the limelight.

And while he continued to produce worthwhile variations on the solo guitar formula, he also found time to play in many interesting group settings.

‘The Big 3’ may be his best from this period.

Featuring the atmospheric vibraphone playing of Milt Jackson and the rock-solid and creative bass work of Ray Brown, this album is the only time the three worked together as a trio.

Without a drummer, the three retain a consistent drive and endless melodic invention.

While some material may seem a little old hat, the three find fascinating ways to expand on each track.

For instance, their dreamy ‘Nuages’ is packed with phrases from the bop idiom, which the players use to expand the melodic content to new areas.

The recording quality is very good and in particular Milt Jackson’s vibes have a wonderful ring and sustain. 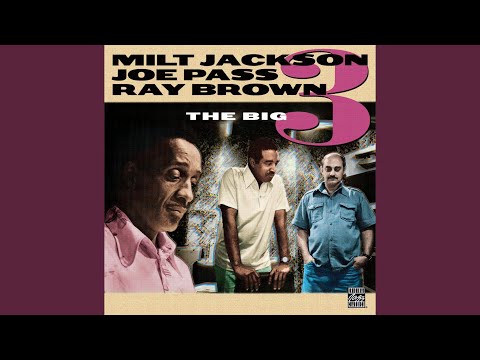 The trio format worked well for Joe Pass, as this fine record proves.

The album’s title means ‘select and distinguished’ and he had reached this point in his career.

Rather than rest on his laurels, Pass and his ‘power trio’ find new wrinkles in old places.

For example, it’s hard to believe anybody could find a different way to play ‘Lush Life’ by 1982.

However, Pass and his band up the tempo and add new harmonic colours and textures to give Billy Strayhorn’s sophisticated ballad a new lease of life.

They achieve this while wisely avoiding flash-in-the-pan modern production or playing styles.

Other highlights include swinging renditions of ‘Love For Sale’ and ‘Speak Low’.

It’s no mistake that the trio make a great rhythm section; Joe Pass, double bass player Niels-Henning Ørsted Pedersen and drummer Martin Drew had all been members of the Oscar Peterson quartet since the 1970s.

This actually proves to be a very listenable album, and Clark has much to do with it.

A skilled player and an avowed Pass idol, he impresses with his chops and jazz vocabulary.

He was actually best-known as the host of the country music TV show ‘Hee Haw’.

What we get is a display of guitar mastery on some very well-crafted tunes, which is bound to interest fans of the instrument.

The tracks are a combination of guitar duets and recordings done with a rhythm section – guitarist John Pisano, double bass player Jim Hughart and drummer Colin Bailey, who all worked regularly with Joe Pass.

This helps to vary the mood, which tends to be quite mellow throughout.

Standout tracks include the duets ‘Hey, Good Lookin’’ and ‘Your Cheating Heart’, and Pass’ own ‘Blues For Hank’.

Unlike some other country songwriters, Hank Williams possessed a rich knowledge of jazz harmony and melody, making this a successful exploration of his work and an excellent way for both Pass and Clark (who both passed shortly after the recording) to end their careers. 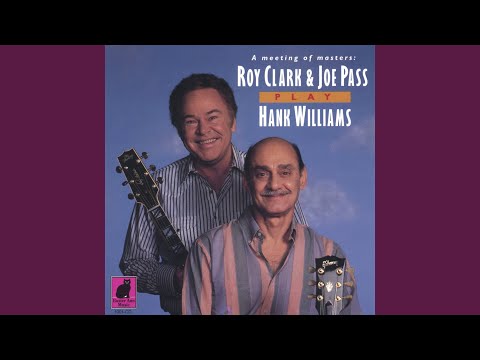 These are just a handful of the many studio and live recordings made by master jazz musician Joe Pass.

There are, of course, many more to explore including duet albums with bassist Niels-Henning Ørsted Pedersen and guitarist Herb Ellis.

Then there are all the recordings he made as a sideman with Oscar Peterson, Ella Fitzgerald, Dizzy Gillespie and many others…

You can head over to our round up of the best jazz albums of all time for this and more!