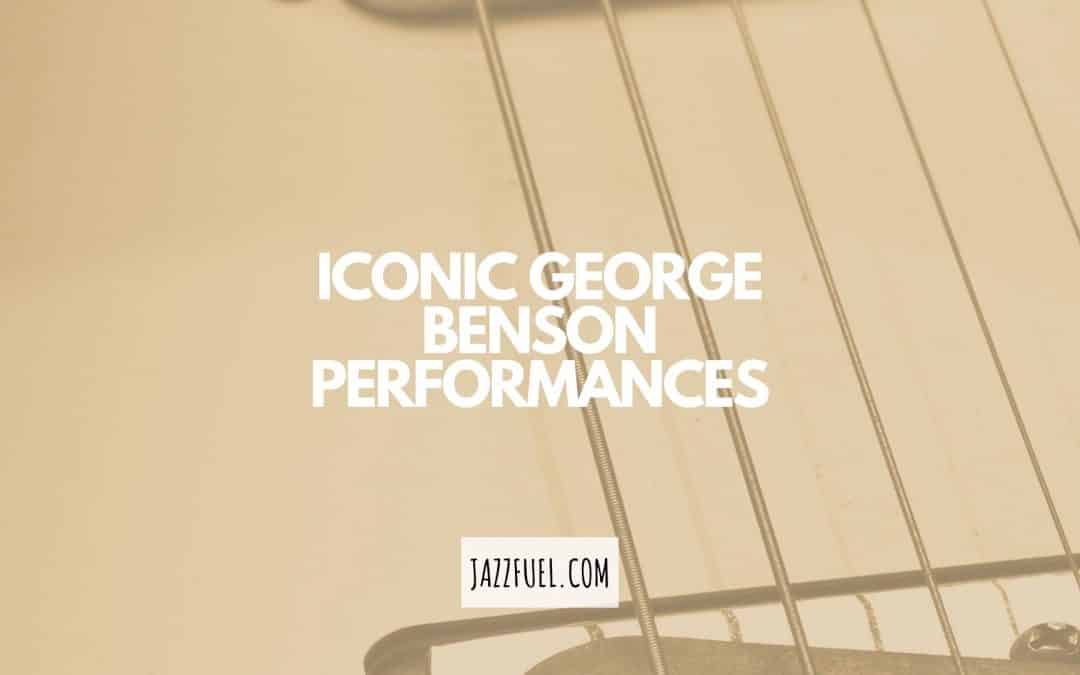 Few jazz musicians have had a career which spanned such a range of music and accolades as guitarist George Benson.

In this article we’ve picked 10 iconic performances – both from his own albums and those he guested on – to highlight the journey from rising star guitar player in the 1960s, to internationally renowned artist today.

Born on the 22nd March, 1943 in Pittsburgh, Pennsylvania, George Benson is one of the most important and influential guitarists in jazz music.

With a voice as recognisable as his guitar style he has excelled in a variety of popular genres with record sales in the millions while always staying true to himself – a remarkable feat.

He started very young indeed; he was playing in an unlicensed nightclub by the time he was eight years old, and a year later recorded a single for Groove Records.

He was eventually grounded and his guitar was impounded by his father while he spent time in a juvenile detention centre.

A fan of jazz guitar players Charlie Christian & Tal Farlow – as well as the ever-versatile Hank Garland – Benson met organist Jack McDuff whilst still at high school and started playing in his band, recording 5 albums between 1963-65.

His recorded first album as a leader ‘The New Boss Guitar‘ for Prestige with MacDuff’s band, and from that moment onwards things developed very quickly. 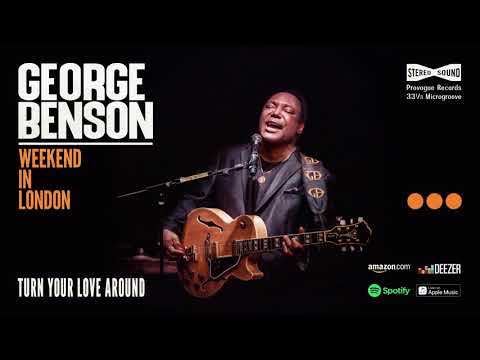 Under John Hammond’s production, the quartet continued in the direction established while playing in organist Jack McDuff‘s band, with Lonnie Smith now at the Hammond.

At only 22 years old, George Benson was fast becoming the most exciting guitar player on the New York scene. 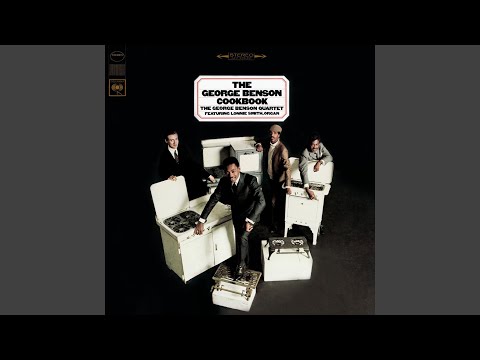 Miles Davis was looking for new sounds and textures in the post bop era to move the music on that would eventually lead to his breakthroughs in jazz rock fusion.

This Wayne Shorter composition is the first Miles recording to feature a guitarist, and Benson’s hugely influential performance alongside Miles’ second great quintet of Shorter, Herbie Hancock, Ron Carter and Tony Williams, brings an urgency and groove to the recording that shows the way forward to Miles’ In A Silent Way sessions just one year later.

It leaps from the grooves with spectacular solos from Joe Henderson, Hubbard, Herbie Hancock and Benson over the rhythm section of Ron Carter, Jack DeJohnette and percussionists Richard Landrum and Weldon Irvine.

Benson excelled on the album‘s other two tracks, especially the duet with Hubbard on ‘Here’s The Rainy Day’.

An early release on producer Creed Taylor’s newly independent CTI label and one its defining statements.

Following the death of Wes Montgomery in 1968, Creed Taylor saw Benson as his natural guitar playing successor and recorded three albums with him for his CTI imprint at A&M Records in a similar highly orchestrated production style.

Due to tight cashflow at the now independent CTI, there was no budget for orchestration and so the album was recorded with a small lineup featuring organist Clarence Palmer, bassist Ron Carter and drummer Jack DeJohnette.

This uptempo and funky take of Miles Davis’ modal classic from ‘Kind Of Blue’ quickly became a classic in its own right.

Producer Tommy LiPuma remembered this catchy Bobby Womack tune from a Gábor Szabó album he had produced in 1970 and thought it perfect for Benson’s Warner Bros Records debut.

Womack was invited to the studio to play on the track but his poor physical condition that day led to his rhythm guitar part being wiped and replaced by Phil Upchurch’s bass tracked with guitar, while incorporating Womack’s answering lick that LiPuma felt ‘really made the track happen’.

With a flawless performance by Benson, and Claus Ogerman’s simple and supportive orchestration, this track along with ‘This Masquerade’ helped make the Breezin‘ album one of the biggest selling jazz albums of all time with sales of over eight million records. 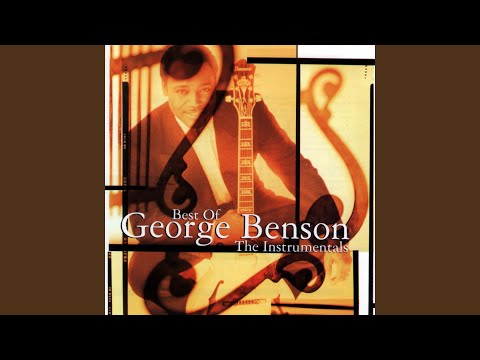 This Leon Russell song from the album ‘Carney’ was originally planned to be recorded as an instrumental. It was only when Benson began singing along with the track in the studio that LiPuma decided to record it as a vocal.

There was only one take, and Benson’s immaculate vocal performance was mistaken by many radio listeners as a new Stevie Wonder record!

It certainly didn’t hurt; the record went to #1 on the US Pop, R&B and Jazz charts.

The Greatest Love Of All

Written by Michael Masser and recorded as the main theme for the Muhammed Ali biopic ‘The Greatest’, this song features a wonderful vocal performance, and became one of Benson’s most loved recordings as well as a major international hit.

This success cemented his crossover status as not only a major jazz instrumental star but also as a contemporary singer with a worldwide reputation like Louis Armstrong before him.

Recorded live at The Roxy on Sunset Strip in West Hollywood, this version of the Mann & Weil Leiber & Stoller 1963 hit for The Drifters showed Benson and his band at their relaxed best in a medium sized club venue.

Benson’s scatting along with his soloing is bluesy and his voice is soaring; he never sounded better – something recognised with a Grammy Award for Best Male R&B Vocal Performance.

The band – guitarist Phil Upchurch, pianist Jorge Dalto, synth player Ronnie Foster, bassist Stanley Banks, drummer Harvey Mason and percussionist Ralph MacDonald are equally great, as are the audience who make themselves heard, especially after the line ‘I can play this here guitar!’

Give Me The Night

Produced by Quincy Jones and written by Rod Temperton (‘Thriller’, ‘Boogie Nights’ ‘Off The Wall’), this disco track was a major international hit and demonstrated how Benson’s universal appeal allowed him to compete successfully in any style or direction he wanted to take.

You Can Do It (Baby)

This collaboration between George Benson and Masters at Work (DJ/Producers Kenny ‘Dope’ Gonzalez and ‘Little’ Louie Vega) was released as a 12″ single and was the closing track from the ‘Nuyorican Soul’ album that also featured collaborations with Roy Ayers and Jocelyn Brown.

Released on Gilles Peterson’s Talkin’ Loud label, it created a big impact thorough club and radio play, introducing Benson to a new younger demographic at a time when he was concentrating on playing at major concert venues to older audiences.

His singing and playing sound as fresh and vital as ever here, and the three minute intro of solo guitar is incredible. 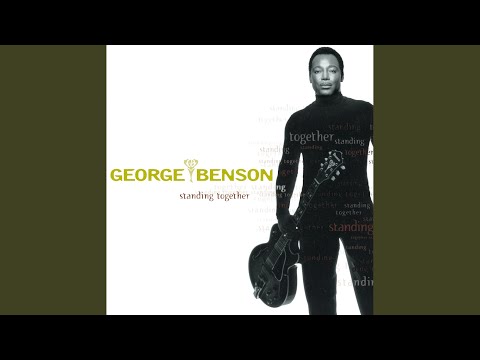 Thanks for joining us for this trip though 10 performances by a musician who, perhaps, started out as a jazz guitarist but ended up as an A-list international star, with a stream of hit albums in the pop charts and 10 Grammy awards.

Whilst his music may have evolved over the years (he returned to his jazz musician roots to pay tribute to Nat King Cole in 2013, for example), he remained, 50 years after his debut, a tireless touring musician.