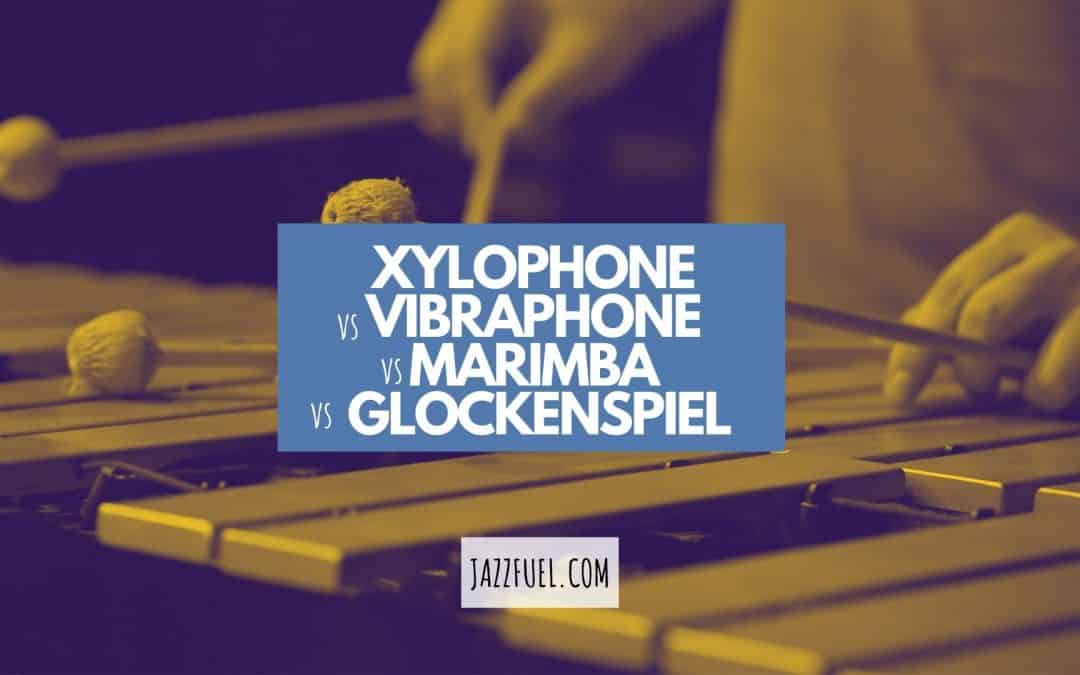 Whether you’re listening to symphony orchestra, pop or jazz music, it’s quite likely that you’ll come across some tuned percussion instruments from time to time.

But what exactly are the key differences between the members of the tuned percussion family which features the vibraphone, xylophone, marimba, glockenspiel and more?

In this article we’ll take a look at the key distinctions and, most importantly, check out some great recordings you can hear them on!

Like brass, woodwind and strings, the label ‘tuned percussion‘ is a pretty accurate name for this family of musical instruments.

Sounds easy enough, but once you scratch the surface, you’ll find all sorts of subtle differences between the members of this group of instruments, from the materials of the tuned metals bars, to the mallets used to hit them – and a few things in between.

As always, it’s probably best to start at the beginning…

We can trace the history of the xylophone in European music back into the early 16th Century.

But that’s only half the story…

It’s believed that early forms of this musical instrument date back much further than that, at least to 10th Century Asia and Africa, before making their way West.

Of course, the materials and uses would have changed over time, but the basics remain the same:

The xylophone is a series of wooden bars tuned chromatically (ie following the same structure as a keyboard instrument) allowing the player to choose between hitting single notes (melodies) or multiple notes (chords).

As a basis, that’s a good start to understanding the xylophone as the predecessor of instruments like the vibraphone, glockenspiel and marimba… 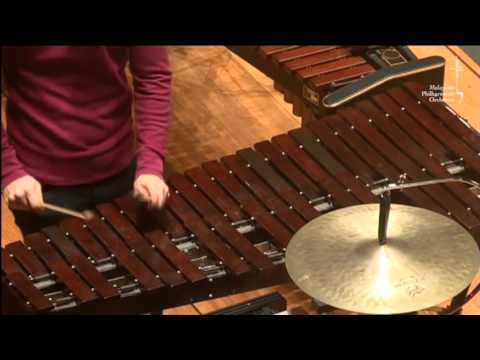 With its aluminium metal bars, the vibraphone rose to popularity in the early 20th Century.

It’s tuned the same as a xylophone and looks pretty similar, except for the material of its bars.

This difference in material (metal instead of wood) makes a big impact on the sound, with the vibraphone‘s warm, mellow tone in contrast to the more direct and ‘clean’ sound of a xylophone.

This mellow sound popularised the vibraphone‘s use in jazz music, with early pioneers such as Milt Jackson and Lionel Hampton giving way to modern jazz vibraphonists like Gary Burton and Joe Locke.

In fact, there’s a rich history of jazz vibraphone which we covered in more detail here.

The vibraphone, given its modern design, also benefits from a more complex array of features including a sustain pedal, long resonator pipes and a motor which creates a vibrato effect.

The vibraphone is played with hard, rubber mallets and it’s not uncommon to see performers with four (or even more) sticks in their hands to create a thick wall of sound.

It’s worth noting that, whilst it’s much rarer to find jazz xylophone players, several high-profile players (including Lionel Hampton and Joel Ross) started out on this instrument before switching. 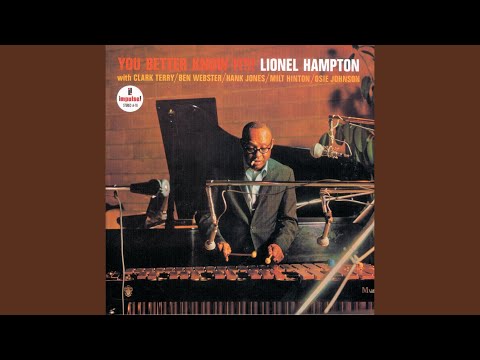 With its tuned metal bars and hard mallets, the glockenspiel might seem, at first glance, not a million miles away from a vibraphone.

However, the glockenspiel and vibraphone are not at all the same thing!

Its smaller size and simpler in design mean it’s more commonly found in a school music room than a concert hall.

Lacking the more advanced features of a the vibraphone, the glockenspiel is, in fact, more closely related to the xylophone; material aside, they are both a simple series of chromatically-tuned bars for hitting.

Given it’s simple ‘bell-like’ sound and lack of advanced technical set up, the glockenspiel‘s contribution to popular music of the 20th Century is usually relegated to the sidelines, with the vibraphone taking centre-stage for the tuned percussion family. 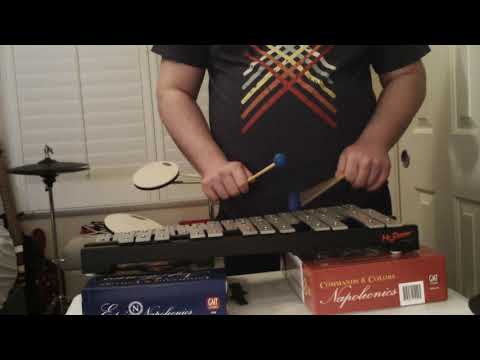 With thick wooden bars and resonators, the marimba is technically labelled, along with the xylophone, a ‘struck idiophone‘ instrument.

But whilst the material is the same, the marimba‘s larger size (4-5 octaves compared to the xylophones 3-4) gives it a deeper sound.

Played with a soft mallet, its rich baritone timbre is used sparingly in modern music, perhaps given the low register of the notes.

In much the same way a tenor saxophone player might also bring out a big baritone saxophone on occasion, many vibraphonists have used the marimba on recordings and concerts, including early tuned percussion pioneer Red Norvo. 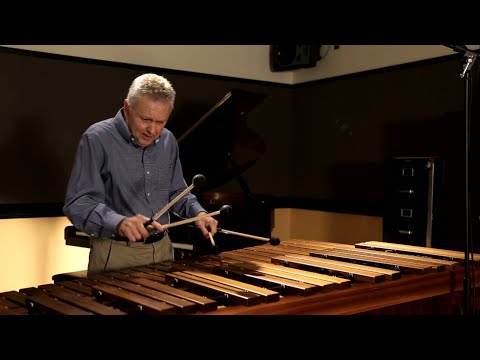 Thanks for reading and hope this has answered your question about the differences between the vibraphone vs xylophone vs glockenspiel vs marimba!

Of course, there are a whole host of less-common tuned percussion instruments out there to be discovered, including the balafon, xylorimba, celesta and even tubular bells.

Looking for more unusual instruments? Check out our round up of the least common instruments in jazz or head over to our pick of the best jazz vibraphonists of all time.