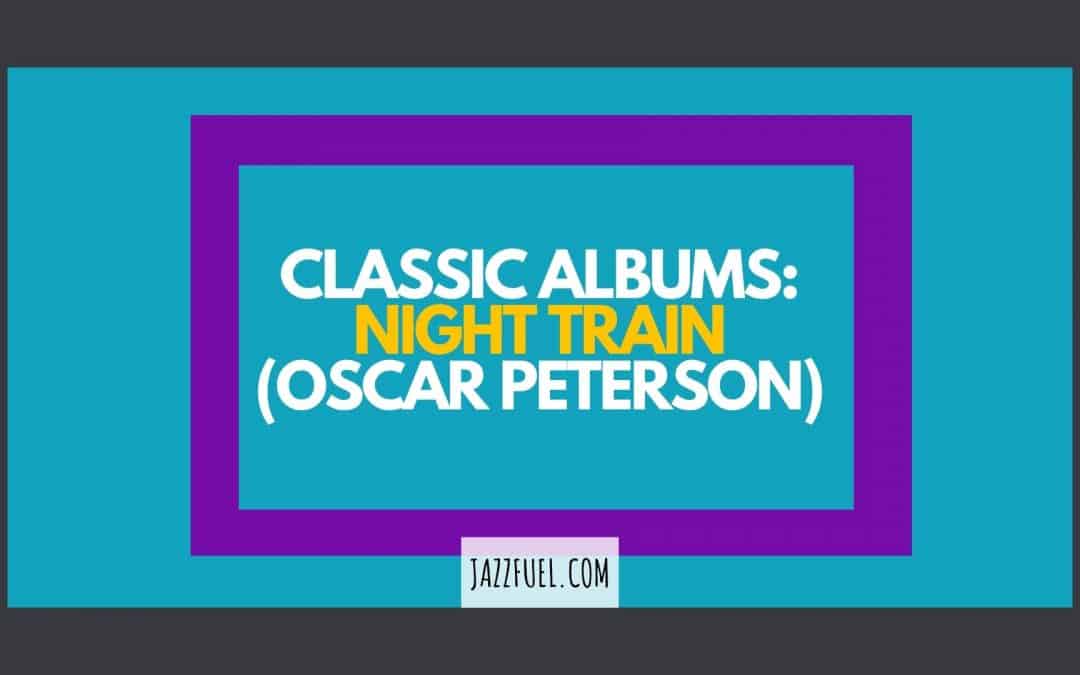 Sifting through the glittering discography and career of jazz pianist Oscar Peterson, one album – Night Train – stands out ahead of perhaps all the rest. We take a look at the story behind this killer jazz album.

Canadian born, Oscar Peterson is not only one of the giants of the music but perhaps did more to bring jazz to a wider audience than most.

Through his extremely popular bands, especially his trios, Peterson seemed to have the knack of making his jazz accessible without diluting content or the integrity of music.

He did this not by dumbing down of the music for the masses, but purely by his own imaginative interpretations of some of the popular compositions of the Great American Songbook and classic jazz standards.

Born in Montreal, Québec in August 1925 and by the age of five was learning to play both trumpet and piano. A couple of years later, aged just seven he contracted tuberculous which ended his trumpet playing forcing him to focus all his energies on the piano.

His studies were predominantly in classical music, but the young pianist developed an interest in traditional jazz and boogie woogie piano.

Early influences were Nat King Cole, Teddy Wilson and Art Tatum. Initially after hearing a record by the great Art Tatum as a youngster, Peterson became disillusioned about his ability and did not touch the piano for several weeks. He would later admit that “Tatum scared me to death”.

Rather than allowing himself to become intimidated, Peterson continued to work at this playing, and while influences can be heard in his playing it is impossible to say that any dominate as he sought to find his own voice.

By the late mid-forties Peterson was establishing a reputation for himself as a technically superb player and an inventive improviser.

He had already made several albums for Victor Records, and been “discovered” by impresario Norman Granz who introduced Peterson to New York City audiences in 1949 in his Jazz At The Philharmonic concert series at Carnegie Hall.

Granz’s faith in Peterson was more than justified and the two would work together for most of the pianist’s career.

This also ensured a steady release schedule for Peterson recording for Granz’s Verve imprint, either under his own name of that of other ‘s contracted to the label including Ella Fitzgerald, Louis Armstrong, and Stan Getz among others, and of course continuing to tour with JATP.

For many of his own recordings, Peterson would prefer to record as just a trio leading some wonderful small groups with Ray Brown on bass, and guitarists Barney Kessel and the Herb Ellis during the fifties.

By 1960 guitar had been replaced by drums, and the new line up of Peterson, Ray Brown and Ed Thigpen who would be the trio’s drummer until 1965.

It was this trio that in December 1962 would record Night Train which would become one of the greatest trio records in jazz, and bring Peterson to an even broader audience.

What makes Night Train such an important record is not the dazzling virtuosity, Peterson’s playing while flawless is well within himself, and not the fact the album reveals any startling new revelations or glimpses in to a new music on the cusp of a new direction but because the record takes a respectful look at the mainstream. 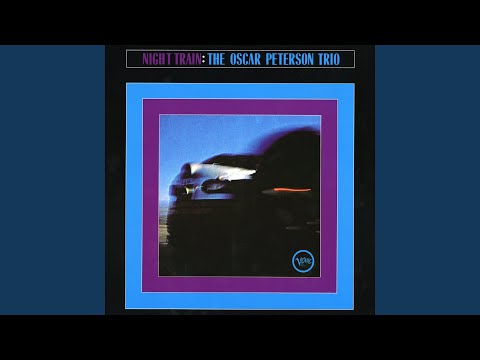 By that, the music while of its time, also takes stock of how the current state of the music had evolved from being the popular music of the thirties and forties, often used for dancing to, to the harmonically more sophisticated jazz via the music of Duke Ellington, Hoagy Carmichael, Eddie Durham and Lester Young via Art Tatum with a little bebop thrown in for good measure.

All this was done with such good taste, exuberant swing and a passion for melody that made it accessible without diluting the essence of jazz as an improvisational art form.

The bebop is dealt with in a gently swinging ‘Bag’s Groove’ by vibes maestro Milt Jackson, and totally in keeping in how the Modern Jazz Quartet of which Jackson was a long serving member.

Interestingly, Peterson takes this familiar blues in F and plays it in the key of G and reins in the performance to a stately medium tempo that is economical to the point of being lean. Nothing is wasted and every phrase and note is made to count.

Peterson’s love of, and respect to Duke Ellington is shown by featuring no less than four of Duke’s compositions (and one by Ellington’s son, Mercer) of eleven titles on the original LP issue.

The album opens with Duke’s ‘Happy-G-Lucky Local (aka Night Train)’, and gives an indication of how the set will unfold with Oscar taking the piece at a rolling medium tempo, and a with a relaxed and unhurried feel prevailing, with a superb solo from bassist, Ray Brown.

This is followed by ‘C-Jam Blues’ is one that the pianist will have become intimately familiar with as it was a staple of the programme for Granz’s JATP concerts that Peterson would have appeared in.

This time there is a little more urgency with Brown and drummer Ed Thigpen pushing a little harder, driving the piece along briskly. Peterson’s lines are clean and flowing in the right hand with some neat asides in his left-hand comping.

The trio’s mastery with a ballad is to the fore on a lovely reading of ‘I Got It Bad (And That Ain’t Good)’. The pianist’s touch is exquisite and his beautiful playing is matched by Ray Brown’s accompaniment which is more akin to a counter melody.

So in tune are the two, that all Thigpen has to do is keep the time with the gentle swish of his brushes to ensure a captivating performance.

Concluding his tribute to Ellington, the Trio sign off the Ducal compositions with ‘Band Call’, the two chord figure that Duke used to call his band back to the stage after the intermission, which in Peterson’s hands this morphs into a neatly swinging blues with its own regal character as befits the tune’s composer.

Shying away from taking any composer credits himself, Peterson succumbs and the final tune on the original LP issue is his own ‘Hymn To Freedom’.

The opening theme is taken at a ballad tempo gradually building through the pianist’s use of tremolos into a spiritually charged gospel feel. A triumph, as is the whole album, of restraint leading to a wholly satisfying musical experience.

An excellent example of three virtuoso musicians who know how and when to ensure that less is more yields the greater results.

Many of the very greatest records are not without their flaws, but it would be a curmudgeonly to find fault with any of the pieces on this impeccably programmed and presented album.