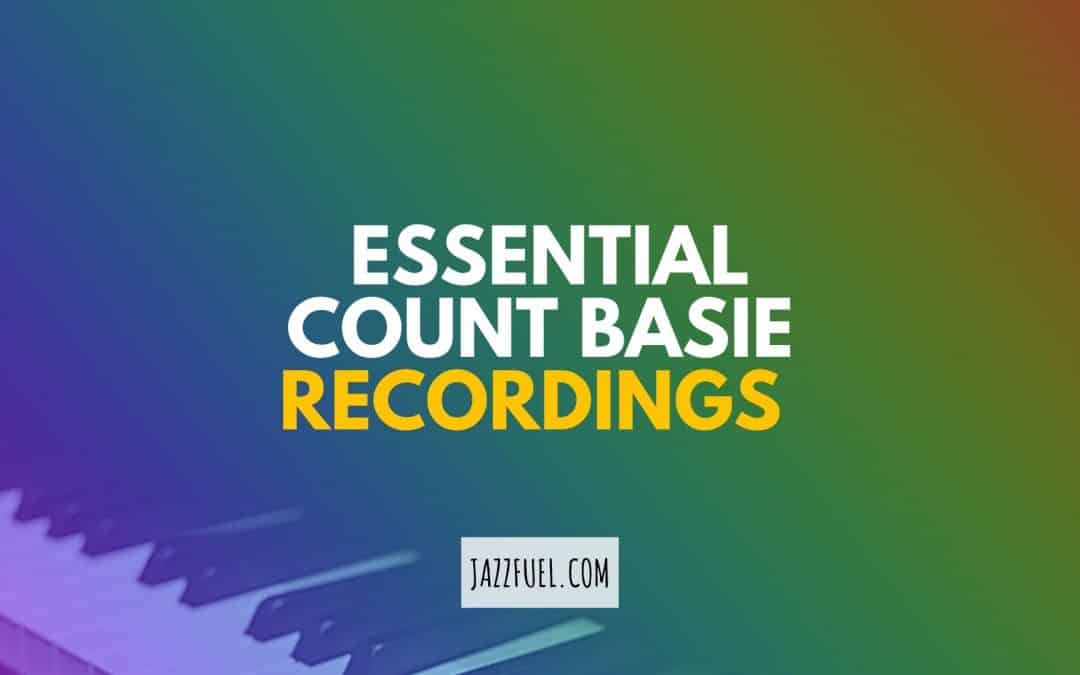 There are few more iconic or breathtaking sounds in jazz than that of a big band at full power. Along with Duke Ellington‘s band, the Count Basie Orchestra is perhaps the greatest, and best-loved of them all. Join us as we take a tour through ten of his greatest recordings.

Albums like Chairman of the Board and The Atomic Mr Basie are wildly popular, containing compositions and arrangements that continue to function as cornerstones of the repertoire for big bands across the world.

But there’s more to Count Basie than that. In this article, we’ll take a look at ten brilliant tracks that tell the story of the great jazz pianist, composer and bandleader’s career.

Along the way, we’ll encounter Basie’s early work with greats of the swing era, collaborations with some of the greatest singers in jazz and popular music, and – of course – those legendary big band albums from the 1950s and ‘60s and beyond.

William ‘Count’ Basie was born in the borough of Red Bank, New Jersey, in 1904. After a stint in Harlem, he moved to Kansas, playing as a sideman with two influential early jazz groups: Walter Page and his Famous Blue Devils, and Bennie Moten and his Kansas City Orchestra.

After Moten died in 1935, Basie formed his own band out of the remnants of the group and the earliest edition of the legendary Count Basie Orchestra was born.

‘One O’Clock Jump’ is a 12-bar blues theme that is typical of the riff-based arrangements that characterised the band’s early style. It would become Basie’s theme song, with his orchestra re-recording it a number of times over the years.

Basie’s relaxed swing-style piano opens proceedings on this classic version from 1937. We also hear from the tenor saxophone masters Herschel Evans and Lester Young, trumpeter Walter Page, and bassist Walter Page (Basie’s former Blue Devils boss), all of whom were key sidemen during this period. 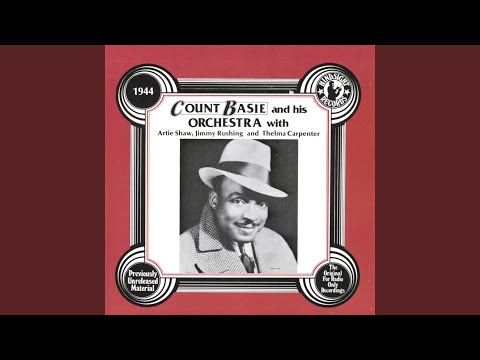 In 1937 Basie and his band moved to New York City, where they began to achieve nationwide fame as the swing era took hold. Playing for large audiences of dancers, Basie was lauded alongside fellow celebrity bandleaders of the day, including Duke Ellington, Artie Shaw, Benny Goodman and Chick Webb.

The band’s star soloist during this period was the tenor player Lester Young. Young’s light, relaxed style was a world away from the heavier, vibrato-soaked styles of previous tenor titans such as Coleman Hawkins, and he would go on to be a major inspiration to a whole generation of ‘cool-school’ improvisers.

This 1939 recording of ‘Jive at Five’, a composition credited to Basie and the trumpeter Harry ‘Sweets’ Edison, features a particularly sweet Lester Young solo, which demonstrates why later stylists, including Stan Getz, Charlie Parker and Lee Konitz, were impacted so deeply by his playing.

The swing era is generally considered to have ended around the time of the Second World War, after which changing public tastes and economic factors made the economics of running a big band challenging. However, Count Basie managed to buck this trend, and in 1952 he put together his ‘New Testament’ band, an outfit that would go on to make some of the greatest big band albums of all time.

The title track of the 1955 album April in Paris is one of the band’s best-known recordings. This new, larger ensemble plays much more sophisticated written arrangements in comparison to the riff-based hits of the 1930s, with this particular chart penned by ‘Wild Bill’ Davis.

Basie is famously heard to shout “one more once!” as he spurs on the band with the recording reaching its conclusion, and Thad Jones’ trumpet solo – with its quote of ‘Pop Goes the Weasel’ – providing another memorable moment.

Every Day I Have The Blues

Joe Williams was the featured vocalist with the Basie band from 1954-1961, his gospel-tinged baritone providing the perfect foil to the jazz Orchestra’s punchy arrangements.

His debut recorded spot with the ensemble – Count Basie Swings, Joe Williams Sings – opens with this, one of his most recognisable tracks. Williams delivers the knockout blow after an extended instrumental introduction over the blues form from the band. 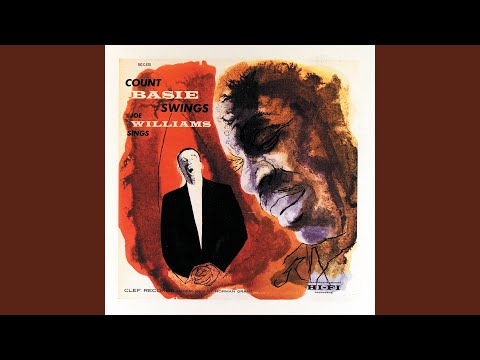 With Basie’s Orchestra playing increasingly complex music, he would sometimes hire in external composers and arrangers, in addition to relying on the writing talents that already existed within the band’s ranks.

One of these was Neal Hefti, a trumpeter who is now perhaps best remembered for writing the theme music to the Batman television series.

Hefti wrote almost all of the music for the 1958 session The Atomic Mr. Basie. Considered one of the most important big band albums in jazz history, its tracks continue to be played by amateur and professional big bands around the globe, as cornerstones of the large ensemble jazz repertoire.

‘Lil Darlin’’ is particularly notable for its extremely lethargic pace – the writer Donald Clarke called it “an object lesson in how to swing at a slow tempo” – and extreme dynamic contrasts.

The Atomic Mr. Basie also features ‘The Kid From Red Bank’, an uptempo tribute to the bandleader and his New Jersey place of birth.

Count Basie showcased the composition and arranging skills of his band members on the 1959 album Chairman of the Board, with trumpeter Thad Jones and Ernie Wilkins, and tenor saxophonists Frank Wess and Frank Foster all contributing charts.

While many of the tracks are original compositions written especially for the session, the closing number takes a look backwards. ‘Moten Swing’ is a 1932 swing era standard and something of a Kansas City anthem.

Composed by Bennie Moten, Basie had recorded the tune with his former employer more than two and a half decades earlier.

The band heard here includes many stalwarts of the New Testament band. In addition to the aforementioned arranger-performers, Chairman of the Board also features lead alto saxophonist Marshall Royal and the classic rhythm section unit of Sonny Payne (drums), Freddie Green (guitar), Eddie Jones (bass), in addition to Basie himself at the piano.

Along with Count Basie, Duke Ellington was perhaps jazz’s greatest big band leader, albeit with a rather different style.

Where Basie’s sound tended to be raucous, danceable and soaked in Kansas City blues, Ellington’s sound was often exotic and impressionistic, whilst still swinging hard.

Columbia Records producer Teo Macero brought the two great bands together in 1961 for the recording of First Time! The Count Meets the Duke. With Ellington acolyte Billy Strayhorn providing the sophisticated arrangements, there is no sense of rivalry, but rather a joyous feeling of mutual admiration.

(Love Is) The Tender Trap (with Frank Sinatra)

While the Count Basie Orchestra did long term work with a number of featured vocalists including Jimmy Rushing and Joe Williams, the band also made a number of one-off recordings with guest singers. One of the most high profile of these was Frank Sinatra, with whom Basie recorded Sinatra-Basie: An Historic Musical First in 1962.

Basie’s ultra swinging outfit proves itself to be the perfect foil for Sinatra’s relaxed delivery, and Neal Hefti’s punchy charts are a nice contrast with the softer string arrangements often heard on solo Sinatra albums during this period.

Sinatra and Basie would team up again in 1964 for It Might as Well Be Swing, and the Orchestra would provide the backing once again on Frank’s classic Live at the Sands album two years later. 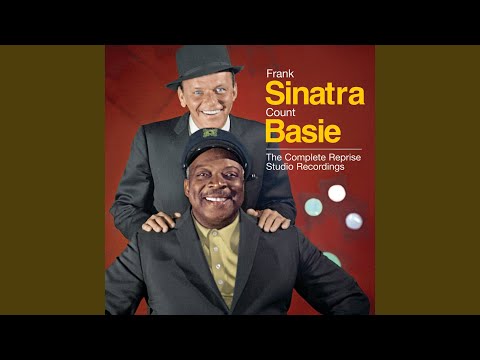 Ella Fitzgerald had one of the most glittering careers of any jazz musician, but the vocalist made one of her most acclaimed recordings with the Count Basie Orchestra.

The tracks on Ella and Basie are arranged by saxophonist Benny Carter and Quincy Jones, who would later go on to find fame as a producer and songwriter with the likes of Michael Jackson and others.

‘Shiny Stockings’, by tenor saxophonist Frank Foster, is a classic of the Basie pad, and a continual favourite of big bands everywhere. After starting life as an instrumental in 1955, it had lyrics put to it by Fitzgerald herself for this recording.

Only You (with Diane Schuur)

Count Basie died of pancreatic cancer in 1984, aged 79. However, his orchestra carried on working without its leader, initially under the direction of trumpeter Thad Jones, then under tenor saxophonist Frank Foster. In fact, the Orchestra continues to tour the world today, with trumpeter Scotty Barnhart at the helm in its quest to share the swinging Count’s legacy with a new generation of listeners.

In 1987 the band made one of its first major recorded statements following Basie’s death. With Foster directing, the band cut a late classic in Diane Schuur & The Count Basie Orchestra, with featured vocalist Schuur winning a Grammy Award for her efforts. Her powerful, emotive voice shines on this Bob Florence-arranged ballad.

This album was also Freddie Green’s last with the Orchestra. The understated guitarist put in an incredible five-decade shift with the band, having first played with Basie in 1937! 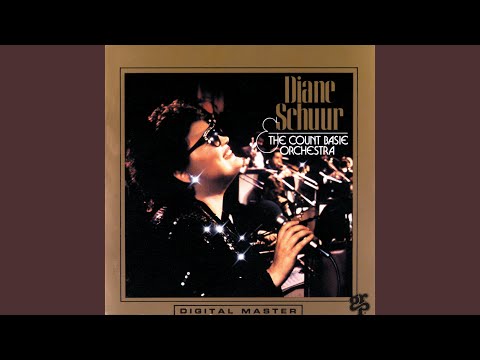 We hope you enjoyed this rundown of some of Count Basie’s greatest recordings. Of course, ten songs is just scraping the surface of his extensive discography. Which tunes would you include? Let us know in the comments.

Learn more about the rise of swing music by checking out our list of the Best Big Bands & Jazz Orchestras in jazz history, or discover some of the greatest songs from Count Basie’s main contemporary, Duke Ellington.