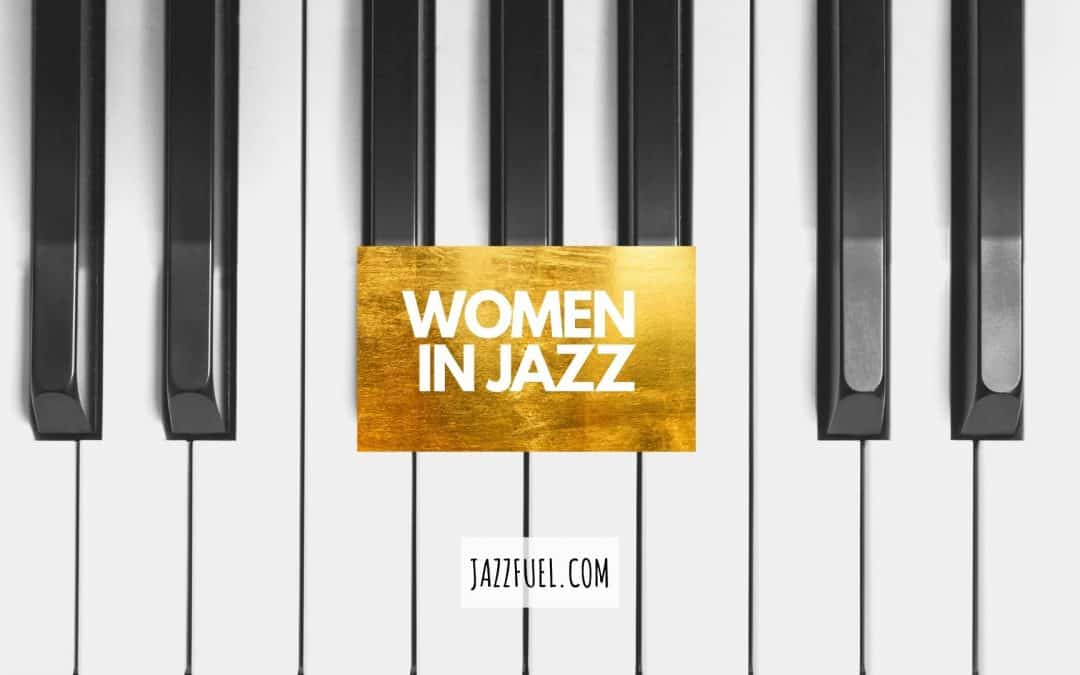 Besides well-known jazz vocalists such as Ella Fitzgerald, Billie Holiday and Sarah Vaughan, female instrumentalists have been there, pulling their weight, since Louis Armstrong’s wife Lil Harin graced the piano back in the 1920s.

But whilst these women in jazz didn’t necessarily need any accolades for doing their job, perhaps now it’s time to celebrate them and the part they played in shaping the music.

Guest author: Pianist and singer Wendy Kirkland has been a mainstay of the UK Jazz scene since the late noughties and is part of the Women In Jazz Media network.

Of course, we could have picked many more than 10, but hopefully these will provide an interesting springboard to discover more great musicians.

Certainly nobody could argue that the provenance of these women is not equally as glittering as that of their male collaborators.

One of the first women to be successful in jazz, she began her professional career in 1922 at age 12. The following year she played with Duke Ellington in The Washingtonians.

Williams is one of only three women to appear on Art Kane’s iconic photograph A Great Day In Harlem, the other two being Marian McPartland and Maxine Sullivan.

She recorded more than a hundred records in her career and was a mentor to legends such as Thelonious Monk and Dizzy Gillespie.

Looking back on her life, she commented “I did it, didn’t I? Through muck and mud.”

This album features Williams’ trademark rhythmic juxtaposition, something which has been described as a hallmark of Monk’s playing too.

Melba Liston was the first woman trombonist to play in 1940s/50s big bands (aside from those all-female bands).

Primarily self-taught but encouraged by her guitarist grandfather, she played on a local radio station at the age of 8 before moving to LA where she was a classmate of Dexter Gordon.

She later recorded with the legendary tenor saxophonist, as well as working with Dizzy Gillespie, Count Basie and Billie Holliday, but gave up life on the road for a career in education – in part due to her despondency about the indifference of audiences.

This album is Melba Liston’s debut as a leader and features a standout track in What’s My Line Theme which is slowly swung and transposed down. 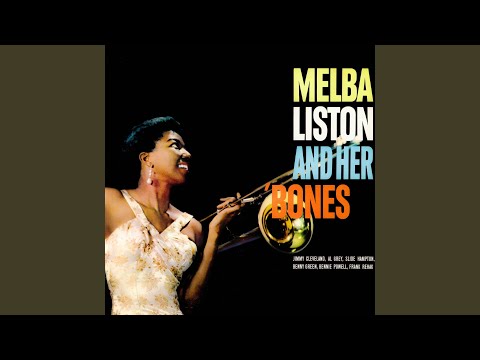 Rhoda Scott is one of a small minority of jazz Hammond organ players to use their feet for bass even whilst playing fast swing (another notable example being Barbara Dennerlein) – most other players use left hand bass and rely on a guitarist for chordal support.

She studied at Manhattan School of Music in New York, graduating in 1967 with a first class master’s degree, a grand prize and special mention.

Count Basie ‘discovered’ her and booked her at his jazz club in Harlem.

Now residing in France, Rhoda continues to perform live with her female-majority band We Free Queens.

This album mixes brilliant original compositions by Scott with the accompaniment of the incomparable Jones/Lewis big band.

Herb Ellis described her as “the new superstar of guitar” when she played a The Concord Jazz festival in 1978 and, on releasing her first album in 1981, she won Guitarist of the Year in Downbeat magazine’s 1985 international poll.

Remler was famous for saying “…the music is everything, and it has nothing to do with politics or the women‘s liberation movement.”

This was Emily Remler’s debut album and one can clearly hear her already-distinctive, lyrical and assertive style on the guitar.

As drummer Bob Moses remarked: “she swung harder and simpler. She didn’t have to let you know she was a virtuoso in the first five seconds.”

Beginning as a straight-ahead player, her debut album Flute In and subsequent Dig This! saw her evolve her style into funk and soul-jazz.

Her annual releases earned her the title of Best Female Instrumentalist by Billboard Magazine in 1976.

Despite high album sales, she never saw much financial success from her recordings, moving for a time into music business. But she re-entered the performance world in 1994 with Passion Flute, released on her own label.

This brilliant album features the iconic track New York Times which to many sums up the US music scene in the 1970s. 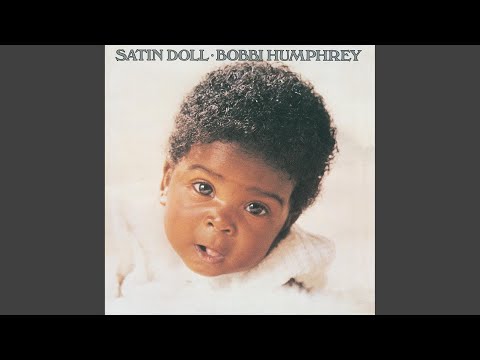 Active on the Detroit scene in the 1950s, Terry Pollard toured with vibraphonist Terry Gibbs’ band, appearing on The Tonight Show 1956.

The slot (available to view here on Youtube) includes an incredible and fun vibes battle with Gibbs. It showcases her astounding piano and vibraphone skills and indeed shows why she has been described as “a major player that has been inexplicably overlooked”

Recommended album: Terry Pollard And Her Septet: Cats vs Chicks – A Jazz Battle of the Sexes

This is a great introduction to the work or Terry Pollard and features trumpeter Clark Terry.

Vi’s father, Alton Redd, was a leading figure in the Los Angeles music scene on which she was active from 1950.

Returning to jazz in 1960 after a seven-year stint of work in education, she worked with Earl Hines, Max Roach and husband Richie Goldberg, touring Japan and enjoying an unprecedented 10 week stint at Ronnie Scott’s.

She returned to LA as a gigging musician and educator, winning various awards including ‘Lifetime Achievement Award’ from the Los Angeles Jazz Society and the Mary Lou Williams Women In Jazz award from the Kennedy Center.

Also a vocalist, Vi added an extra timbre to her recordings which were focused mainly on her alto sax soloing.

Released on Halcyon Records in 1977, this album features two other legendary female jazz artists in Marian McPartland and Mary Osborne.

Hard to categorise, Regina has performed many styles of music including jazz, Latin, blues, African and R&B.

Beginning at age 4 to study the violin using the Suzuki method, Regina released her eponymous debut album in 1995 on Atlantic Records, after first gaining attention with Straight Ahead, an all-female jazz quintet, about whom Branford Marsalisc remarked “they truly swing”.

Regina has won multiple readers’ and critics’ polls for Downbeat, JazzTimes and other publications. She has toured and continues to do so with her own band and as a guest with artists including Kenny Barron, the late Ray Brown, Mary J Blige, Billy Joel, Omara Portuondo and Cassandra Wilson.

Described by Jazziz magazine as honouring Ella Fitzgerald “with exceptional warmth and sincerity” this release on Okeh Records is a great introduction to the growing catalogue of a fascinating musician. 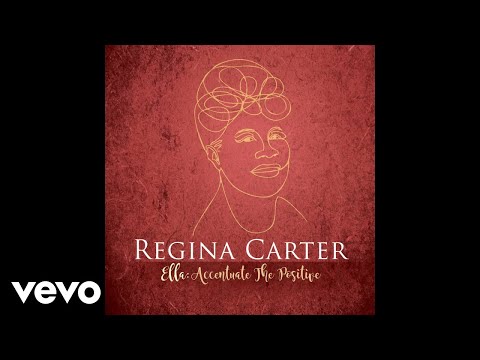 Joyce Moreno is a self-taught Latin Jazz musician from Rio de Janeiro in Brazil, known for her work as a singer/songwriter.

She accompanies herself on Brazilian guitar, using complex contrapuntal rhythms in odd meters showing her as much as a virtuoso guitarist as a jazz singer.

She often uses her voice as a wordless instrument and produces many instrumental numbers as a result.

She broke new ground in 1967 by writing a song with the lyrics written in first person feminine; she was criticised as “vulgar and immoral” by journalists but maintained her feminist stance with the support of Fernando Lobo and Nelson Motta.

Since then, Joyce has released 39 albums featuring collaborators such as Vinicius de Moraes, Roberto Silva and Pat Metheny peer and co-collaborator Toninho Horta.

This album includes the iconic title track which contains lyrics where she asks her mother what it is to be a woman.

An important figure in the 1960s free jazz movement alongside husband Paul Bley, Carla Bley’s compositions have been recorded by many notable musicians including George Russell, Jimmy Giuffre, Gary Burton and Charlie Haden.

Modestly describing herself as “99% composer and 1% pianist” she nevertheless holds both chairs on various recordings of her work released almost annually since 1974 for WATT and ECM.

This Carla Bley album features supremely melodic and playful tunes such as Sidewinders In Paradise and Baseball and is ideal for an introduction to the Bley magic.

Of course, these ten female jazz artists just scratch the surface of a rich and detailed history of women in jazz, but hopefully it gives you some new ideas for music to discover.

We stuck to instrumentalists for this article, but if you’re looking to check out some of the best female jazz singers of all time (who, of course, tend to have achieved more ‘fame’) you’ll find them here. We’ve also dived deeper into the best female saxophone players in history, the most famous female trumpeters and an essential listening list of women drummers.

You can also find some great content of via Women In Jazz Media.