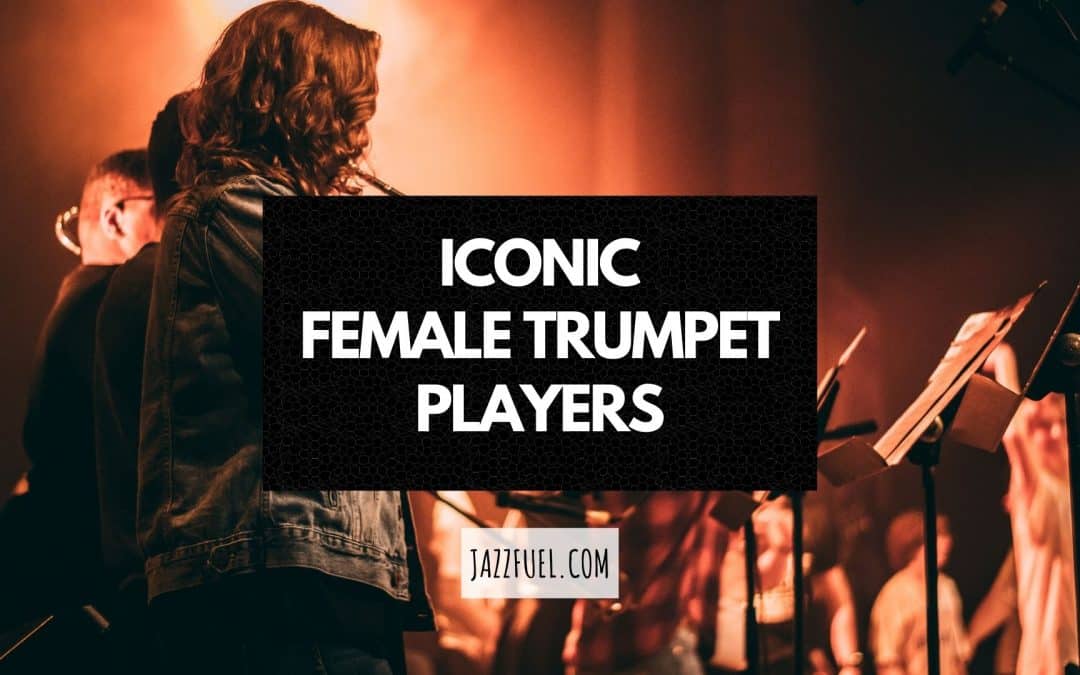 Across the spectrum of musical instruments, it’s perhaps female brass players who have been most under-represented in jazz history.

In this article, writer Isabel Marquez looks at a selection of iconic female trumpet players, old and new, for your listening collections.

The trumpet has long been considered an instrument with masculine connotations. Its distinct militaristic tradition, for example, put the instrument in the hands of the men who went to war, while women stayed at home.

Furthermore, the ‘un-lady-like’ posture and appearance when playing the trumpet has been discussed by musicologists for decades; something that is only now being questioned and turned on its head.

Of course, this doesn’t mean there weren’t any female trumpeters throughout the 20th century, but their popularity and scope in the jazz world lacked the support and attention that was given to their male counterparts.

This list will explore and celebrate the careers of some incredible female trumpet players, changing the way we perceive the trumpet and those who play it.

Of course, there are many many more, but hopefully this acts as a springboard for your future discoveries.

Clora Bryant was a hard-swinging bebop trumpeter with a powerful and memorable tone.

Born and raised in Denison, Texas, Bryant took up the trumpet at 15 and began playing with the Prairie View Co-Eds, an all-girl swing band that toured the USA.

In 1956, her friend Melba Liston (renowned trombonist and composer) introduced Bryant to Dizzy Gillespie, and they soon became life-long friends.

Following this, Bryant began playing in big bands and her own ensembles along with various jazz luminaries, which toured across California for several decades (the 1950s-1980s).

All this travelling meant she only made one record throughout her career: Clora Bryant… Girl with a Horn (1957) 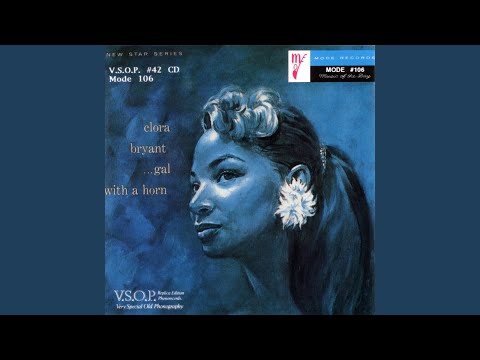 Clora Bryant is a shining example of a female trumpet player who struggled to secure her voice in a male-dominated industry, however, there’s no doubt that she helped pave the way for female musicians in jazz today.

“Those male trumpet players guard those positions like a bulldog on a bone. We got a tough row to hoe here with the trumpet…” – Clora Bryant in an interview for a National Public Radio programme in 1993.

British composer, arranger and performer Laura Jurd has a distinct voice in today’s jazz scene, celebrating and embracing the rich traditions of jazz and folk music.

Jurd graduated from Trinity Laban School of Music with a degree in composition, leading her to write music for and collaborate with the likes of the London Sinfonietta, the Festival of New Trumpet Music, The National Youth Orchestra, and the Ligeti Quartet, to name a few.

As a performer, she’s played alongside the London jazz band Kansas Smitty’s and her own ensemble, Dinosaur, along with many others.

Dinosaur was nominated for the Mercury Prize in 2017 and has played at various prestigious events such as the North Sea Jazz Festival.

Within these ensembles and outside of them, Laura Jurd is a unique and talented composer, who is not afraid to put her own twists on the jazz genre. She also is a jazz educator, working to pass down her valuable skills to the next generation of jazz musicians.

Her work within both the jazz industry and the artistic world showcases her affinity for activism, with her website describing how her work “provocatively explores the notion of ‘blackness’ and the hyper sexualisation of the black female body throughout history since the early 1800’s.”

With KOKOROKO, the group explore a wide palette of sounds, specifically within the Afro-beat genre, which they combine with today’s modern jazz flair. She also plays with the female-led septet Nérija, who won the UK’s Parliamentary Jazz Newcomer of the Year award in 2017.

Maurice-Grey’s electrifying presence in today’s jazz scene pushes the genre – and the trumpet in particular – in new and exciting directions, particularly as she continues to petition for black rights and other key issues more widely. 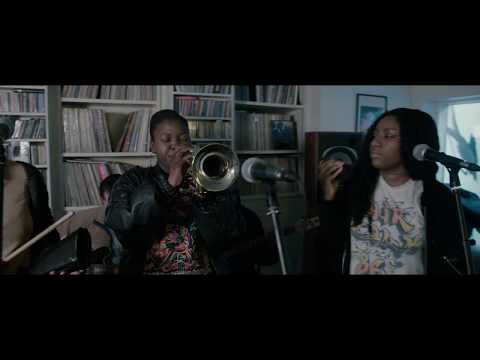 Ingrid Jensen has been lauded as one of the most gifted trumpet players of her generation.

Born in Canada, Jensen graduated from Berklee College of Music in 1989 and went on to join (in the mid-1990s) the jazz orchestras of Maria Schneider and Darcy James Argue.

Jensen has performed with the likes of Grammy-winning Terri Lyne Carrington and her MOSAIC Project, as well as part of the critically acclaimed all-star group Artemis.

Her collaborations have crossed generations, ranging from jazz luminaries such as Clark Terry to modern phenomenon Esperanza Spalding.

Jensen has recorded three successful CDs for the ENJA label and has led her own quartet, quintet, and organ trio.

As well as this, she is a well-respected jazz educator who has taught trumpet at the University of Michigan and the Peabody Conservatory, to name just two.

Jensen has become one of the most in-demand players in the global jazz scene; she has played at countless events and festivals, collaborating with some of the greatest names in jazz and quickly has become one herself.

Hailed as ‘Queen of the Trumpet‘, Valaida Snow was an important musician in the first half of the 20th century.

From the age of five, Snow was a member of her father’s performing troupe, beginning her life on stage and on the road, eventually leading to her becoming a prominent name on international jazz festivals in Europe and Asia.

Snow played an important role in taking ‘black music’ from the vaudeville arena into the audio-visual era, although unfortunately was never recorded in the way her peers were.

Singing and dancing as well as playing trumpet, Valaida Snow was given the nickname ‘Little Louis’, in reference to Louis Armstrong‘s influence on her.

Snow was an influential and successful musician in her own right, who helped to change the world for women in jazz today.

British-Bahraini trumpet and flugelhorn player Yazz Ahmed has become one of the biggest names in the UK jazz scene in recent years.

Ahmed’s exciting musical fusions bring together the sounds of her mixed heritage and her talent for electronic sound design, combining into what has been described as ‘psychedelic Arabic jazz.’

Over the last decade, she has led her ensembles in performances across the UK and Europe, as well as worldwide to Algeria, Bahrain, Tunisia, and Turkey, to name a few.

Yazz Ahmed’s self-released debut album Finding My Way Home (2011), began her explorations into Arabian music, which led Jazzwise magazine to mark her as ‘one to watch.’

Her second album La Saboteuse made more of a global impact, being put on various ‘best of 2017’ lists, including ‘Jazz Album of the Year’ in The Wire.

Her 2019 album Polyhymnia was built on her previous suite ‘Alhaan al Siduri’, and her performance at International Women’s Day in 2015, commissioned by Tomorrow’s Warriors.

The album itself is a celebration of inspiring and courageous women which features an extended ensemble of 25 musicians. 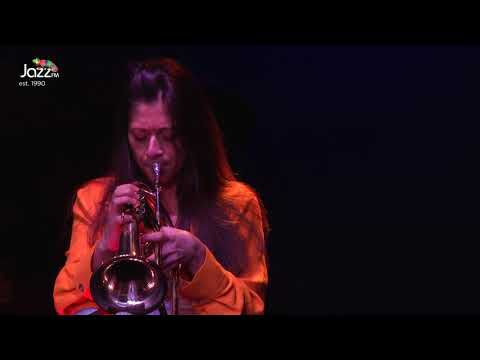 American composer and trumpeter Jaimie Branch and her progressive musicianship continue to be celebrated after her untimely death in 2022.

She was known for her fierce and explosive solo albums, Fly or Die (2017) and Fly or Die II (2019). Branch’s incredible melodies, laser-sharp improvisatory exploration and deep feeling for groove were apparent in all her performances, as well as her recorded music.

Branch played on various record labels and went on to set up her own called Pionic Records, where she released music with the group Bomb Shelter.

Branch was always keen to grow and learn more about her craft, becoming apparent when she started a Master’s in Jazz Performance in 2012, mid-way through her career.

Her excitement for the genre and wonderful musicianship will continue to be admired and enjoyed, as she lives on through her music and fans, not to mention the path she forged for modern female trumpet players.

Known by the American press and public as the ‘Lady Miles Davis of Europe’, Saskia Laroo’s career has been going strong for three decades.

Born in Amsterdam, Laroo attended multiple conservatoires including the Sweelinck Conservatorium and actually began her career on bass.

She was apparently told that, as a woman, she wouldn’t be able to carry a band as the trumpet player, and that she lacked the stamina and strength to be a performer.

Fortunately she disregarded these comments and by 1979 she was a full-fledged professional.

Laroo played with Dixieland bands and mainstream jazz combos before she began to absorb world music, particularly the Caribbean and Brazilian musical styles.

In 1982 she formed her own band, named Salsa Caliente, as well as Caribbean Express in 1986 and The Caribbean Colours in 1990.

Her blend of bebop jazz, hip-hop, rap, world and whatever she grooved to combined to become ‘nu jazz‘, a term various listeners and fans have used to describe her style. She herself labels her sound as ‘body music’ though.

To this day she continues to play in various ensembles and spread her joy and passion for world and jazz music.

Performing on more than 25 albums, including six of her own, Nate Chinen of The New York Times described her as “the shining hope of hot jazz, on the strength of a clarion trumpet style indebted to Louis Armstrong, a smooth purr of a singing voice inspired by Anita O’Day”.

Her mix of impeccable trumpet technique and approachable vocal style has thrust her into mainstream jazz conciousness and seen her perform at a huge range of festivals including New Orleans Jazz & Heritage Festival, Monterey Festival and Montreal Jazz Festival.

As an in-demand side musician, she has also performed with the likes of Jon Batiste, U2, Wycliffe Gordon and The Vancouver Symphony Orchestra.

Thanks for reading this brief summary of some essential female trumpet players for your listening pleasure!

Of course, there are many many more out there which you can discover through your listening platforms, shops or magazines of choice!

Looking for more? Check out our article rounding up some of the most iconic female jazz musicians of all time here, read our picks of famous female drummers and female jazz pianists or head over to our trumpet home.

Ideas or comments? Feel free to use the space below.