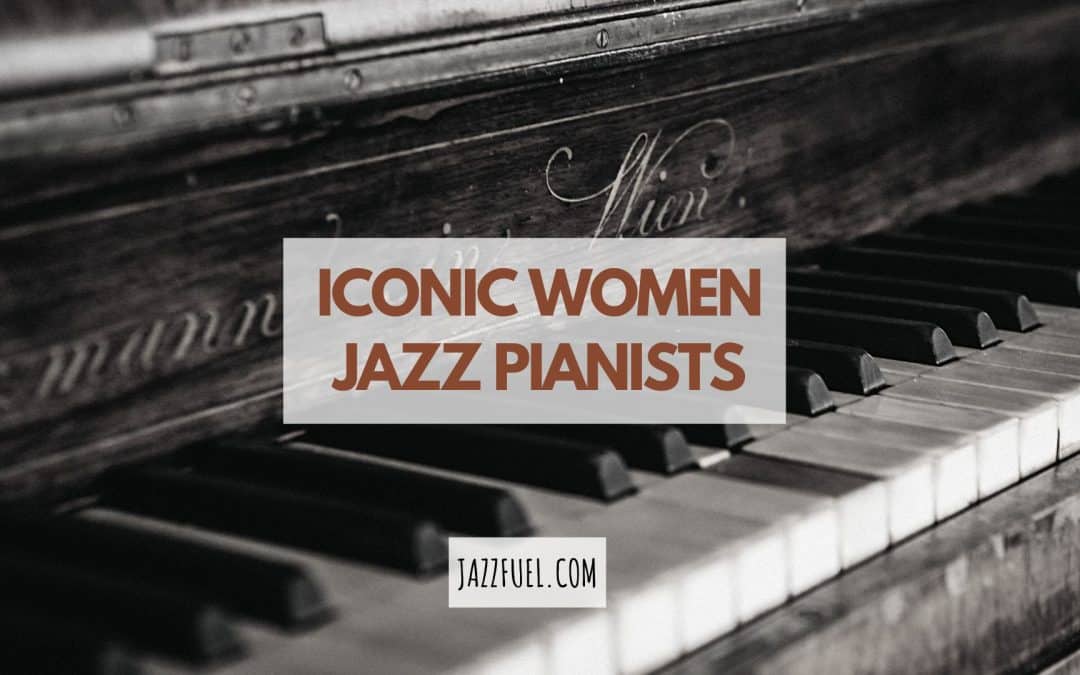 In this article as part of our women in jazz series, we take a look at some of the female jazz pianists – old and new – who played a vital role in the development of the music.

The piano has been an integral feature of the jazz idiom since its gradual inception from early blues styles.

In fact, many of the most famous jazz musicians and composers throughout history were pianists, skilfully using their harmonic and melodic capabilities to create (and re-create) iconic standards and arrangements.

However, the most celebrated jazz pianists have more in common than their ability to wonderfully navigate all 88 keys; they are mostly all men.

Nevertheless, there were plenty of female jazz pianists who contributed to the genre over the last century, an many more whose talents and flair are on display today.

This list of iconic female pianists will reveal not only the incredible music made by some key names in the jazz industry, but also those who helped shift public perception of woman instrumentalists and composers in the genre.

A legendary name in the jazz archive, Mary Lou Williams was an American jazz pianist, composer, and arranger for some of the most popular jazz artists and big bands of the 1940s and 50s.

She began her career very young, described as a music ‘prodigy’ with perfect pitch by age 4.

By 10 years old, she began performing at smaller venues throughout Pittsburgh, Pennsylvania, and became known as the ‘Little Piano Girl’.

She played for more well-known band leaders and composers such as Fats Waller and Duke Ellington, slowly building her performing and composing career.

By 1929, Williams had moved to Oklahoma to join Andy Kirk’s band along with her husband.

Her catalogue of original arrangement’s increased as she became more popular, including: ‘Froggy Bottom’, ‘Walkin’ and Swingin”, ‘Roll Em’ and many more. 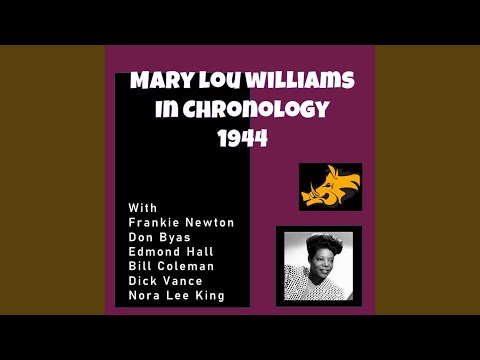 Williams became a prominent influence on the Kansas City- Southwest Big Band sound, and on the sound of the big band era in general.

Her arrangement of ‘Until the Real Thing Comes Along’ became the ‘biggest song of 1936′, resulting in several momentous bandleaders such as Benny Goodman, Louis Armstrong and Duke Ellington calling up Williams to arrange for their ensembles.

Many of Mary Lou Williams’ arrangements were never recorded or documented, with her name being somewhat lost in history till recent years.

The growth of the women in jazz movement has rediscovered Mary Lou Williams’ pure artistry and composing talent, as well as her huge impact on the sound of the swing and big band era.

English-American jazz piano player, composer and writer Marian McPartland has contributed to jazz history in so many different and incredible ways.

She got into music at a young age and relied on her aural skills to develop her instrumental talent. Her first music teacher Doris Mckie encouraged McPartland to apply to the Guildhall School of Music, where her compositional and improvisatory strengths were immediately recognized.

Marian McPartland signed up for the Entertainment National Service Association during World War II and played for allied troops in a group called The Band Wagon.

After the War, she moved to the US and formed her own trio which played for eight years running at the Hickory House in New York.

As her career developed, she found herself playing with the Benny Goodman Sextet in 1963, began her radio career at WBAI in New York and later established her own record company named Halcyon Records.

McPartland built on her radio career, and she became the host of her own show: Marian McPartland’s Piano Jazz on National Public Radio, from 1978-2011.

This was one of the longest-running shows in radio history as well as one of the most popular, where she would interview and perform with some of the biggest names in jazz.

For her musical, radio and writing contributions, McPartland received several honorary doctorates and awards, including a Grammy Trustees Award and a Downbeat Lifetime Achievement Award in 1997.

Born in Hamamatsu City, Japan, in 1979, Hiromi began her extensive piano journey at the age of 6.

She studied at renowned institutions, such as the Yamaha Music School and the Berklee College of Music.

In her late teens, she formed a professional relationship with jazz luminary Chick Corea and went on to sign with Telarc, where she released her first album in 2003, ‘Another Mind’.

Hiromi went on to release an album alongside Chick Corea, named ‘Duet’, in 2008. This was just the beginning for Hiromi, as her repertoire and discography continued to expand.

Several important albums include: ‘MOVE’, which was featured on the cover of Downbeat in April 2013 and ‘SPARK’, which hit no.1 on the US Billboard Jazz Comprehensive Chart. 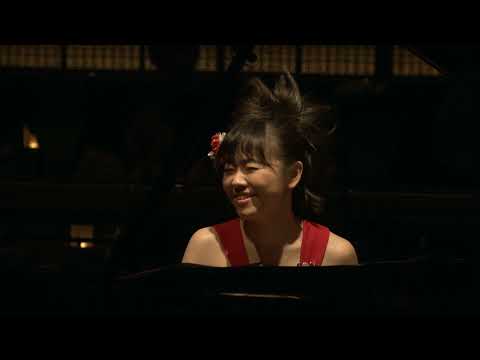 In 2011, she won ‘Best Contemporary Jazz Album’ at the 53rd Grammy Awards. Hiromi is known for her energetic performances and virtuosic technique blending various genres and styles.

In 2017, she appeared at the BBC Proms, becoming the first Japanese jazz artist to perform at this event.

During the global lockdown period, Hiromi developed an inspiring project: ‘SAVE LIVE MUSIC’, which had the aim of rescuing the live music industry at a time of international crisis.

In the same year, she went on to perform at the Tokyo 2020 Olympics Opening Ceremony. Hiromi has won countless awards for her efforts and outstanding musicianship, in turn, broadening the perception of women in the international jazz scene.

Lil Hardin Armstrong is known as one of the most influential and prominent women in early jazz.

A supremely talented pianist, composer, arranger and bandleader, Hardin had advanced her career to an admirable level long before meeting her husband and jazz legend, Louis Armstrong.

Hardin moved to Chicago with her mother after studying classical piano at Fisk University and took up a job on South State Street at a music shop.

There she met Jelly Roll Morton, who taught her the styles of ragtime, blues, and stride. Through this, she began performing regularly in the local community, and soon became known as ‘Hot Miss Lil’.

In 1924, Hardin and Louis Armstrong got married, and she began teaching him the ways of the business. They went on to perform together in various ensembles and collaborate on recordings throughout the 1920s.

She consistently worked and performed with prominent black bands in Chicago, including Sugar Johnny’s Creole Orchestra, and Freddie Keppard’s Band, and soon formed her own ensembles, including all-female bands.

Hardin’s life as a jazz musician is the perfect example of how the gender division limited women in the industry, as she was just as experienced as her husband, but was and is not acknowledged in the same respect.

Carla Bley was one of the most important figures in the growing free-jazz movement of the 1960s.

Born in England, she moved to New York at the age of 17, working as a cigarette girl at Birdland Jazz Club. Here she became acquainted with pianist Paul Bley, whom she toured with throughout the late 50s and soon after, married.

Several musicians began to appreciate Bley’s compositional flair, leading her to refine her craft and regard herself as an established composer, as well as a pianist.

In 1964, Bley was involved in organising the Jazz Composer’s Guild, which unified some of the most innovative musicians in the New York jazz scene.

She went on to form the JCOA record label, which issued the music of Clifford Thornton and Don Cherry, as well as her own music.

Bley’s sensational ‘Magnum Opus’ and jazz opera ‘Escalator on the Hill’ are recognized as vastly ambitious musical projects, which stretched and reshaped the boundaries of the jazz genre.

She went on to compose music for Charlie Haden’s Liberation Music Orchestra, along with musicians outside of the genre such as Nick Mason, the drummer for Pink Floyd.

Described as “one of the brightest stars on the contemporary jazz scene”, Zoe Rahman is a British/Bengali pianist and composer whose style draws from both her classical jazz music passions.

She studied classical piano at the Royal Academy of Music and went on to study music at Oxford University, subsequently receiving a scholarship to study jazz performance at Berklee College of Music.

Since her studies, Rahman has collaborated with some of the most noteworthy names in the current jazz scene, such as George Mraz and Courtney Pine, in addition to studying under influential pianist Joanne Brackeen.

Rahman slowly began to build up her own exciting and original repertoire, based on the sounds of her roots combined with her love for jazz. 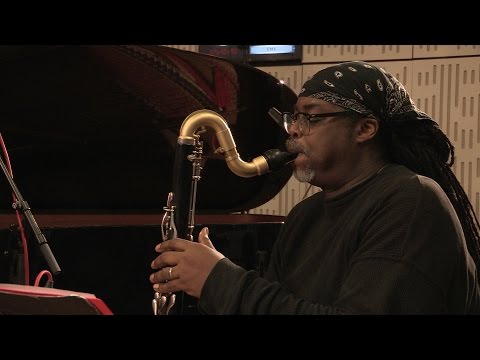 Her second album ‘Melting Pot’ won Jazz Album of the Year at the UK’s first Parliamentary Jazz Awards. Following this she won a MOBO Award in 2012 for her 5th album ‘Kindred Spirits’, which was released on her own label: Manushi.

Rahman continues to bend the traditional sounds of jazz by injecting her own personal elegance into the music, making hers an eminent name in the British and international jazz scene.

Trinidad-born American pianist Hazel Scott was an incredible figure in not just the early jazz scene, but the TV industry and the growing Civil Rights Movement, using her fame and influence to speak out against the divisive issues of segregation in music and media.

At the age of 8, Scott received a scholarship to study piano at The Julliard School which introduced her to the world of jazz.

Her performances became more frequent throughout the 1930s-40s as she began to make a name for herself. In the 1950s, she became the first black American to host her own TV programme, known as ‘The Hazel Scott Show‘.

By age 16, she was routinely performing on the radio and with distinguished ensembles of the time, such as the Count Basie Orchestra.

Her involvement with the media and TV industry brought her into the cinematic limelight, where she acted and performed in several movies such as ‘The Heat’s On’ (1943), ‘Broadway Rhythm’ (1944), and ‘Rhapsody in Blue’ (1945).

Throughout her time in both the film and music industries, she was dedicated to the Civil Rights Movement and refused to perform in segregated venues and studios.

Canadian jazz pianist and vocalist Diana Krall is known for her subtle and sophisticated approach to the jazz genre.

She began playing professionally at age 15 and went on to study at the Berklee College of Music, under the direction of jazz pianist Jimmy Rowles.

Her style draws from the Cool Jazz sub-genre, occasionally combined with orchestral arrangements and her smooth contra-alto vocals.

Krall released her first album in 1993, named ‘Stepping Out‘.

From this, she began to build an audience and launched her breakthrough album ‘All for You’, a tribute to the songs of Nat King Cole, which spent more than a year on the jazz best-seller lists.

As she released more music, she began to win awards for her musicianship, including more than one Grammy Award for her original arrangements of classic standards.

In 2004, she released ‘The Girl in the Other Room‘, which was her first disc to include her own compositions, including songs co-written by Krall’s partner, Elvis Costello. 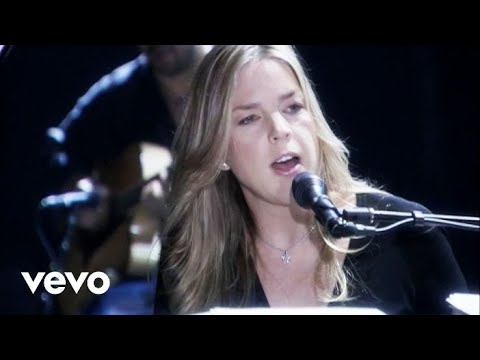 Looking for more? Check out our guide to some of the most famous female jazz musicians in history, or dig deeper into their work on instruments including trumpet, saxophone and female drummers.