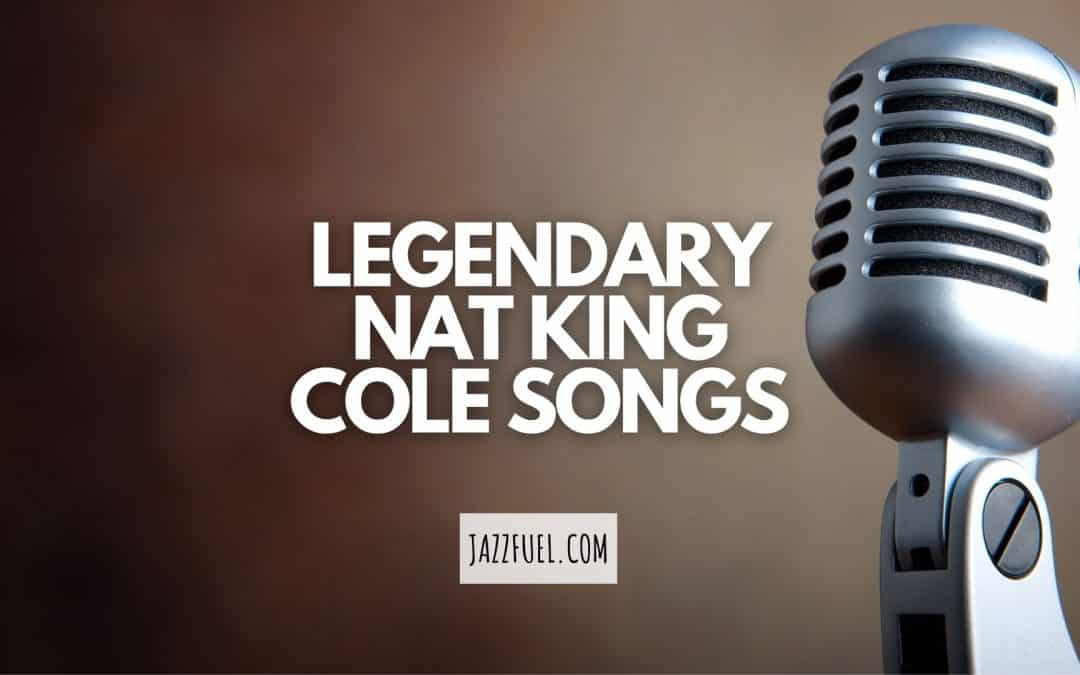 The focus of this article is a rare jazz musician who is renowned as both a hugely talented and swinging pianist as well as a commercially successful yet highly sensitive singer.

We are – of course – talking about Nat King Cole; join us for a look at some of his most famous songs.

​Born in 1919, Nat King Cole is undoubtedly one of the most popular and important entertainers of the 20th century.

Selling over 50 million records as an African-American jazz musician and singer, Cole was a trailblazer.

Hugely influential as a jazz pianist and cultural icon, his legacy continues to inspire countless musicians to this day.

Whether listening to his early trio sessions featuring piano, bass and guitar that would have a lasting impact on the likes of Oscar Peterson and Ahmad Jamal, or one of his countless hit records as a smooth toned balladeer, his enduring taste and class is present throughout.

Selecting just a handful of the most iconic Nat King Cole songs was a difficult task, but we hope you enjoy this selection.

Of course, you’ll find the most famous songs such as Unforgettable, When I Fall In Love and The Christmas Song, but maybe also some others which are less well-known… 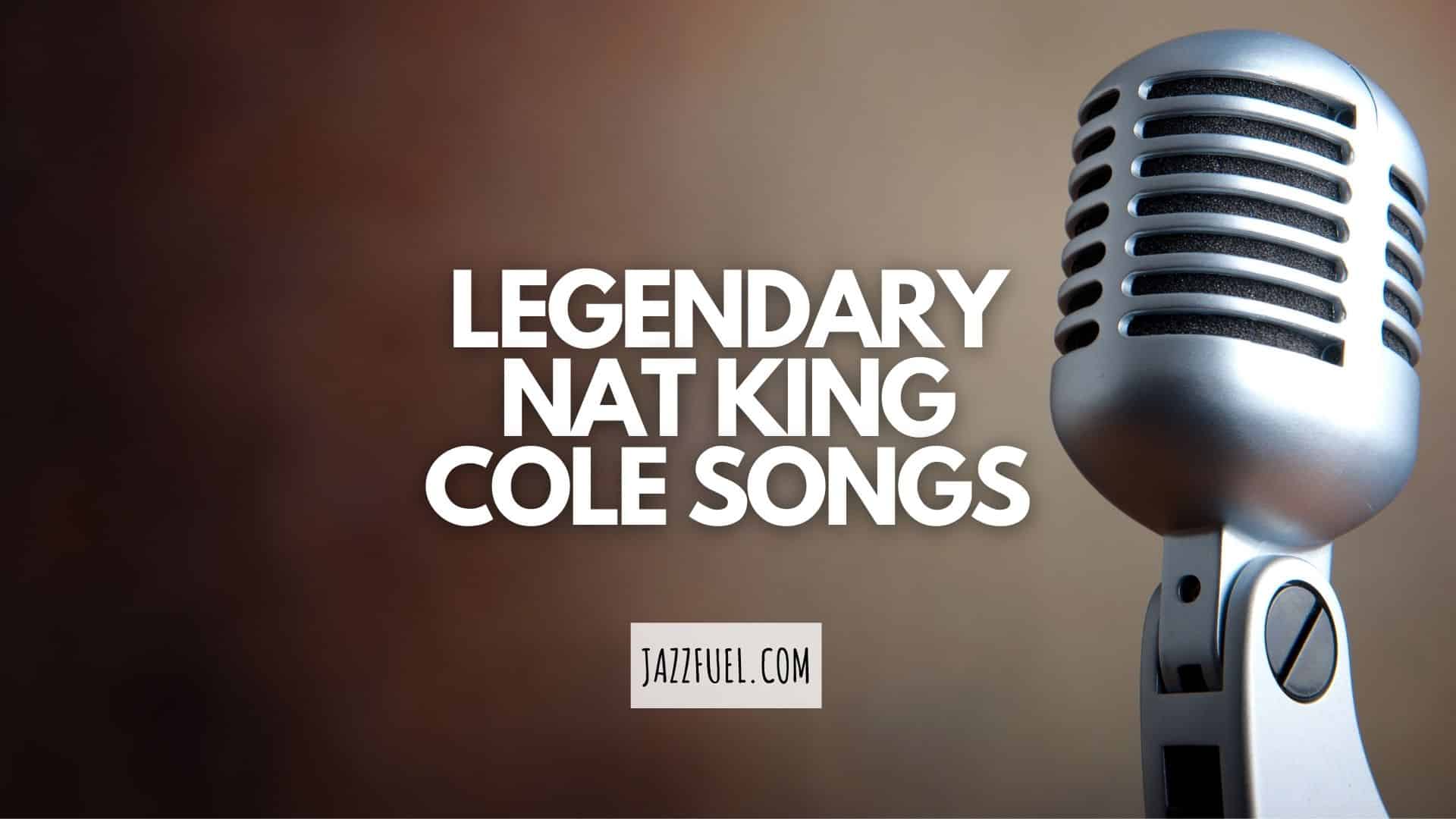 One of Nat King Coles earliest trio recordings, ‘Hit Hat Jive, Jack!’ demonstrates just how hard he could swing as a pianist.

Whilst his instrumental prowess would ultimately give way to his sublime vocals, Cole’s piano playing is up there with the very best, elegant, sophisticated, and deeply rooted in the blues.

His early trio sessions for Decca Records – with Oscar Moore (guitar) and Wesley Prince (double bass) – seamlessly fuse rhythm and melody, and featured slick, swinging arrangements that would catch the attention of Capitol records (with whom Nat would go on to find great success with).

Listen out for the group vocals that the trio would use in its early days! 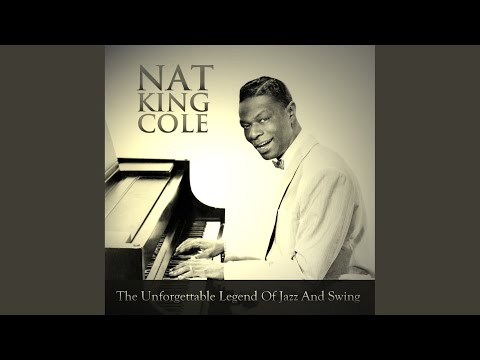 Inspired by a cross-country ten-day journey from Pennsylvania to California undertaken by songwriter Bobby Troup and his wife, ‘(Get Your Kicks On) Route 66’ written in 1946 was to be a break out hit for Nat King Cole and his trio.

Troup’s catchy lyrics recount the major stops that the couple passed through on the journey as they headed west, traversing the map until they reached their final destination of Los Angeles.

Cole first recorded the song in 1946 where it charted at number three on Billboard magazine’s Race Records chart, and would go on to record it again in 1956 (to appear on After Midnight) and 1961 (to appear on The Nat King Cole Story).

Whilst Cole’s 1956 treatment is a great example of Nat playing with a larger jazz ensemble, we keep going back to his original 1946 trio version, featuring beautiful solos from Oscar Moore and Nat King Cole himself.

Recorded by Nat King Cole in 1951 and released by Capitol Records, ‘Too Young’ is a song written by Sidney Lippman and Sylvia Dee.

Described by Cole as one of his three favourite songs that he ever recorded, the song was a huge success story, selling over a million copies and staying at the number one spot on the Billboard chart for five weeks; Billboard would subsequently rank ‘Too Young’ as their number one song of 1951.

Written by eden ahbez in 1947 and released in 1948 by Cole and his trio, the haunting ‘Nature Boy’ proved to be a huge hit for the pianist.

The song title and lyrics heavily reference ahbez’s spirituality, a combination of Naturmensch and Lebensreform philosophies, whose followers were known as ‘Nature Boys’, and was written as an ode to ahbez’s spiritual guru Bill Pester.

The story goes that after being ignored by his manager, ahbez handed Nat King Cole’s valet the music and lyrics to ‘Nature Boy’ backstage at a concert, in the hope that they would be passed on to Nat himself.

Of course, he loved it and soon began to perform it for live audiences – though now began the difficult task to track down the elusive ahbez to in order to gain permission to record it.

Cole eventually got into the studio in August 1947 accompanied by an orchestra conducted by Frank De Vol, Capitol Records’ in-house arranger.

The song skyrocketed to No.1 in the charts, where it stayed for eight weeks and remains to this day one of his most loved singles, Cole’s sensitive touch bringing the poignant lyrics to life.

Co-written by Mel Torme and Bob Wells on a hot day in July 1945, ‘The Christmas Song’ has since gone on to become one of the most enduringly popular holiday themed compositions of all time.

Nat King Cole was the first to record the song in June 1946 having been approached by Wells and Torme, recording it again a couple of months later with the addition of a small string section.

It is Cole’s 1961 take (arranged and conducted by Ralph Carmichael) that is usually cited as the definitive version, instantly recognisable to millions around the world. 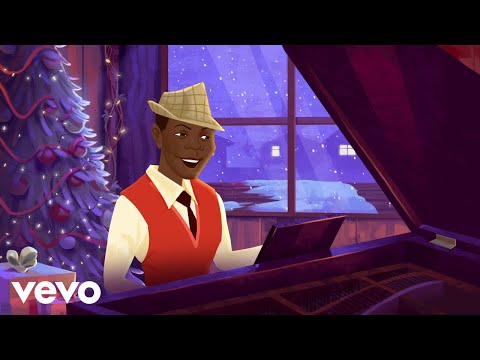 Winner of the Oscar award for ‘Best Original Song’ in 1950, ‘Mona Lisa’, was written by Ray Evans and Jay Livingston for the film Captain Carey, U.S.A.

Originally appearing as B-side to ‘The Greatest Inventor Of Them All’, Nat King Cole released a cover version of the song in 1950, (arranged by Nelson Riddle, and performed by Les Baxter and his Orchestra) which would spend five weeks occupying the number one spot in the Billboard singles chart.

Cole recorded a second stereophonic version of the song in 1961 (the same session mentioned above in which he recorded his definitive version of ‘The Christmas Song’), and is said to have remained up until his death in 1965 as one of his favourite recordings.

When I Fall In Love

Victor Young and Edward Heyman’s ‘When I Fall In Love’ was first introduced in the film One Minute to Zero, with Doris Day soon after recording a hit version in 1952.

Nat King Cole took the song and recorded it five years later on his 1957 release ‘Love Is The Thing’ – the first of four iconic collaborations between Cole and arranger Gordon Jenkins.

The single peaked at number 2 in the UK singles chart, and was also used in the 1957 film Istanbul (in which Cole acts and sings).

His impeccable intonation and soothing voice suit Young’s composition perfectly, resulting in one of Cole’s most enduring recordings.

With the advent of rock ‘n’ roll, sales of Cole’s records started to slow and Capitol records sent him into the studios to record in Spanish, Italian, French and Japanese in order to gain a foothold in international markets.

Despite Cole’s diction being practically faultless, (his ability to enunciate lyrics with impeccable clarity was one of his defining characteristics) some of these records are a little hit and miss.

His poignant and moving rendition of ‘Autumn Leaves’ in Japanese though, is well worth seeking out. 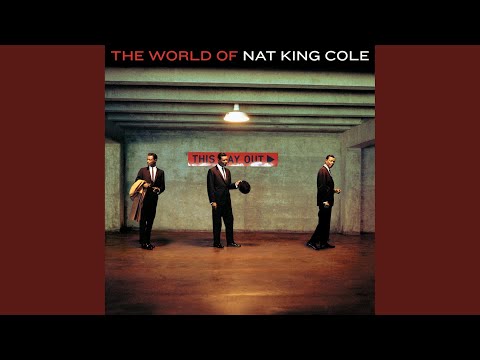 Another enormous late-career hit for Cole, ‘Ramblin’ Rose’ written by Noel and Joe Sherman,was released as a single by Capitol records in July 1962.

It reached number two on both the Billboard and Cash Box charts, and sold over a million copies, as well as doing well internationally (the song topped the Australian charts).

This country-tinged number was to be one of his last big singles, followed a year later by ‘Those Lazy-Hazy-Crazy Days of Summer’.

Based on an instrumental piece written by Charlie Chaplin for his 1936 film Modern Times ‘Smile’, with lyrics and title later added by John Turner and Geoffrey Parsons was recorded by Nat King Cole in 1954.

Cole’s treatment of the song (the first recorded version with lyrics) was to become yet another hit for the singer, reaching number 2 on the UK singles chart and posthumously appearing in the 1975 film of the same name.

One of the most iconic versions of any jazz song, Nat King Cole’s rendition of Unforgettable (arranged by the great Nelson Riddle) has inspired countless musicians since it’s release in 1952.

Written by Irving Gordon, the song has been used in film and television many times over the years – perhaps most recently in the hit Pixar movie Finding Dory – but Nat King Cole’s version remains (in our opinion at least!) the best. 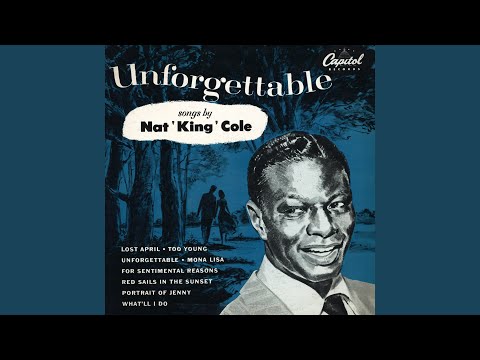 Thanks for joining us for this round up of some of the great jazz songs made famous by Nat King Cole.

The vast range of songwriters involved in these just goes to show his talent in taking someone else’s words and music and really making them his own!

Looking for more? Check out our round up of the best jazz singers of all time, or our beginners guide to Scat singing.