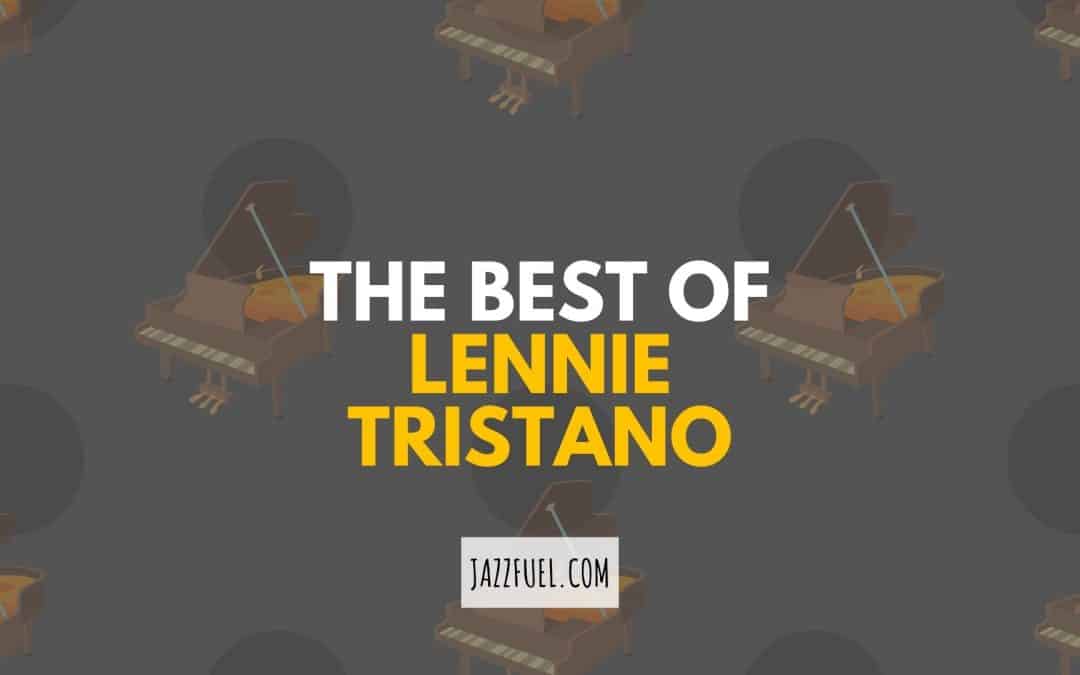 A controversial figure both then and now, jazz pianist Lennie Tristano left bebop in a trail of dust, pioneered free jazz and brought jazz into the intellectual sphere. In this article, we’ll be taking a tour through some of his greatest albums.

Although Lennie Tristano is known to have influenced jazz legends like Gerry Mulligan, Bill Evans and Dave Brubeck, some of his musical and recording techniques attracted dissent and he retracted from the public eye fairly early on in his career.

Much of his music was not released until after his death and, in many cases, multiple sessions have been combined into single albums.

In this guide, we’ll shed light on some of Lennie Tristano’s most important works and carve a path through his momentous musical moments.

Although the sound quality on this album is relatively poor – largely due to its age – it’s a great start to this journey through Tristano’s discography.

Many of his albums are compilations of various sessions, but this is a live recording taken from a single gig from the late 1940s, making it one of the earliest albums of the Lennie Tristano Quintet.

In this album, we’re introduced to the musical union between Lennie Tristano and Warne Marsh (tenor sax), one of his prolific students and someone he would go on to play with for most of his working career.

Joining him on stage was guitarist Billy Bauer, Arnold Fishkin on bass and Jeff Morton on drums. Fishkin and Bauer also became staples in the Tristano line-up.

The first half of the album features the full quintet. The arrangements are straightforward but well-executed nevertheless. ‘Indiana‘ is a bouncy and interactive addition to the set with Bauer demonstrating his proficiency in long discursive lines.

The second half of the album is comprised of Tristano’s solo piano arrangements. From ‘Glad am I’, with its dense textures, to ‘This is called Love’, with flashy lines in the left hand, Tristano’s prowess as an instrumentalist is clear.

He navigated bebop language early, coming out with a highly developed take on harmony and chromaticism that remains distinctive to this day.

Originally recorded in 1949 but unreleased until 1972, this album was incorporated into Capitol’s re-release, ‘Intuition’ in 1996.

This album is an absolute must for anyone interested in Tristano, bebop, or the history of jazz.

It expands on the quintet to become what would be Tristano’s working line-up for many years: Warne Marsh, Arnold Fishkin and Billy Bauer are joined by saxophonist Lee Konitz and two different drummers (on separate tracks), Denzil Best and Howard Granowsky.

Marsh and Konitz are famous for their work with Lennie Tristano.

All three have the ability to smoothly navigate complex and intricate melodies that weave in and out of each other. They’re a workout even before the solos begin.

This album closes with the two ground-breaking free improvisation tracks; ‘Intuition’ and ‘Digression’.

Tristano is not often credited as being a free jazz innovator, but with this album he was ten years ahead of Ornette Coleman in recording free jazz.

The sound man is said to have got up and left the room in despair, half of the takes were deleted, and the record label refused to release it.

Unlike much of the free jazz that followed, ‘Intuition’ starts out very much like a composed tune with logical changes but descends into something obviously open and unplanned.

This is a glorious insight into a group of like-minded people where melodies prevail and an established musical relationship makes all the difference. 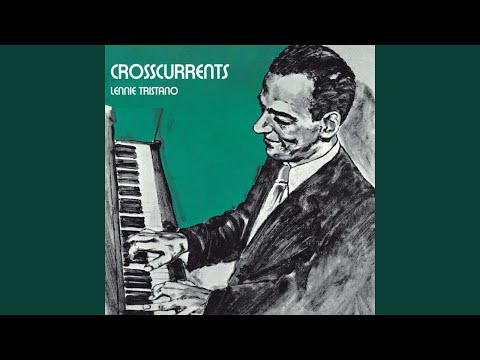 Inspired by the eponymous short story by Edgar Allan Poe, this title track solo piano recording is pretty much what it says on the tin!

It’s noisy, formless and uses additional piano lines that are overdubbed. It’s wild and wouldn’t be out of place as the soundtrack to an expressionist film of the 20s, not harking at any style in particular but more a piece intent on creating mood alone.

The rest of the tracks are, effectively, miscellaneous.

Some are solo jazz piano tunes taken from live recordings in 1965 (Dream and Lullaby), while others, like ‘Image’, sneak in some decidedly Chopinesque chordal movements.

The other tracks feature various rhythm sections and were recorded at sessions between ’51 and ’65.

Heading back to Lennie Tristano’s infamous sextet, this album features some fabulous playing taken from a live recording in New York.

Personally, I just can’t get enough of Marsh and Konitz together. Take the title track, ‘Wow’. They manage to combine a long and winding melody with pure exhilaration.

The phrasing of Tristano, which is so readily adopted and absorbed by Marsh and Konitz, is unpredictable, leading the listener down one road but emerging in a different country.

If keeping the audience on its toes is one of the aims of jazz then it seems they smashed it.

A lovely addition to this concert is Bach’s Fugue in D minor. A short interlude in an otherwise busy set, it says a lot about a bandleader who adds some completely different flavours into the mix. 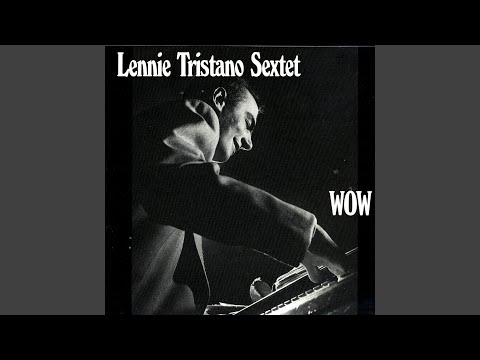 This live concert at the Chicago Blue Note Club opens with the announcement, “the first piece is a composition of Lee’s”.

This was shortly before Konitz started to move away from Tristano’s sextet and work more as a leader.

‘Sound Lee‘ is a suitably complicated and whacky melody over a fairly bland set of chords. ‘Sax of a Kind’ features a fabulous trombone solo by Willie Dennis who dives into the up-tempo piece with a suave breeziness that stands up easily against the other talented soloists.

Both horns and Tristano then improvise together and around each other, reminding the audience how comfortable they are with each other and how they all speak the same language.

Incidentally, this is the location often credited as being the ‘School’. There was a lot of teaching and playing going on there, but claims that he started an official jazz school are a stretch.

In terms of playing, this is much more ‘down-the-line’ trio playing. It’s relaxed, it swings and it’s nice to hear some classic, well-known melodies.

However, as if he anticipates our complacency, Tristano’s whacky melody playing on ‘There Will Never Be Another You‘ does take one by surprise. These are succinct takes with a different rhythm section than is heard on many recordings of Tristano.

It’s more straight-ahead jazz but without losing the Tristano edge.

A pivotal number in the 10-album collection, Tristano was half recorded in the jazz pianist’s home studio in 1954-1955, and half in a New York restaurant.

The first tracks are some of Tristano’s best-known recordings. ‘Requiem‘ and ‘Turkish Mambo‘ are both solo piano pieces, with the former being a tribute to Charlie Parker after his death in 1955.

Tristano’s terrible sense of loss at Parker’s death is definitely palpable in this spontaneous recording of the blues.

‘Turkish Mambo’ made history for an entirely different reason: Tristano overdubbed two extra piano parts on top of the recording. Weird time signatures aside, it’s a hypnotic, dense piece that was not entirely well-received at the time and that’s precisely why it’s worth checking out now.

Tristano had the rhythm section record the backing first, then slowed the tape down to record solos at a slower speed. They were then sped back up for the album.

The Confucius restaurant recordings saw the return of saxophonist Lee Konitz, who, by this point in time, was much busier as a bandleader in his own right and less active with Tristano. Without Marsh on tenor sax, these tracks don’t have the busy sextet vibe of previous releases, but it is pleasantly chilled.

To get hold of this, you now have to look for the combined album, Lennie Tristano/The New Tristano, which Atlantic released in 1994.

This is a studio album that bore the statement:

“Lennie Tristano is heard on this LP in unaccompanied piano solos. No use is made of multi-tracking, overdubbing, or tape-speeding on any selection.”

This was to combat the backlash caused by the controversial recording techniques employed in the preceding album, Tristano. The negative reaction was such that the pianist felt the urge to prove himself musically once again without technological advances. 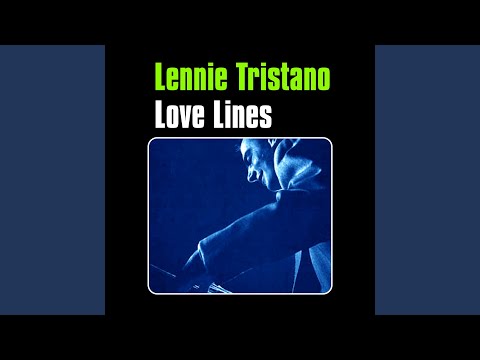 Released in 2020, this is a collection of duos Tristano recorded with Lenny Popkin (tenor sax), Connie Crothers (piano) and Roger Mancuso (drums), with the tracks occurring in that order.

Popkin married Tristano’s daughter Carol, a drummer. He was heavily influenced by Tristano’s approach to improvisation and had studied with both Marsh and Konitz.

‘Chez Lennie’ is a take on All The Things You Are and gives Popkin the harmonic space to demonstrate his technical finesse.

With Crothers, Tristano produced the only 4-handed piano composition he ever recorded. A breakaway from the first tracks, this is another musician with whom Tristano gelled. Discordance, concordance, time, no time; it’s actually hard to tell who is playing what. But that doesn’t really matter!

The last set of duos is with Mancuso. It’s worth noting that all three partners were close collaborators not just with Tristano but with each other.

It’s great to hear Tristano’s playing in these three different settings. His versatility as a musician really shows here with his ability to craft such a variety of music.

There just aren’t that many recordings, which is why this is a seriously great combo of three different recording sessions, one of which, the liner notes tell us, happened in the infamous studio on East

32nd Street. With Tristano eschewing all fashionable bebop tendencies, they may seem like an unlikely pair. But Parker found solace in Tristano’s innovation, stating his relief that “he doesn’t just copy me, like everybody else”.

This album is a vital piece of jazz history; a rare case where two radically different bebop innovators came together. 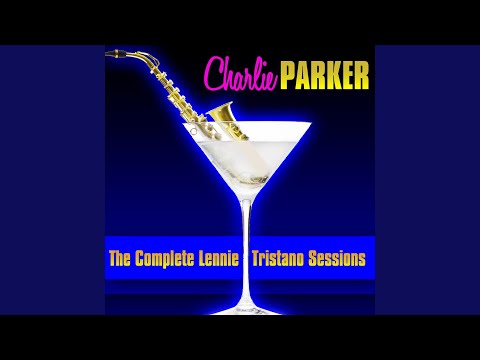 Lennie Tristano’s discography is by no means extensive, but his legacy and influence on the sound of modern jazz can still be heard today.

On the hunt for more great music? Head over to our round up of the greatest jazz musicians of all time, some of the iconic albums in history or our  article on the best albums from Lee Konitz – one of Tristano’s students.