ECM Records – 10 Albums That Changed the Landscape of Jazz

This guest article is written by Tyran Grillo who, back in May of 2015, achieved the goal of reviewing every album released on ECM Records and the ECM New Series imprints. He continues to review new releases at Between Sound and Space.

The music of ECM Records is a force. Not one to be reckoned with, but one that reckons us.

Its place in recorded media is undeniable, not least of all because it carved out said place from scratch and from that foundation has intensified an asymptotic search for perfection ever since. ECM understands us from the inside and treats sound, aesthetic, and production as an unbreakable triangle of integrity.

As is true of all creative expression, music is a highly subjective endeavor, bound as it is to individual experiences and associations, subject to transformations of time. I therefore offer my list of 10 watershed albums in the history of ECM Records as a personal assessment at best, neither as a prescriptive nor definitive survey of a catalog spanning some 1600 titles.

Having said that, I hope that each will be a doorway into many others, and that your own knowledge of ECM’s significance will be proven not by what you read but by what you hear.

For worry of elevating one album over another, I will address them in reverse chronological order, bringing us back to the label’s roots to remind us of just how far it has come in its travels. 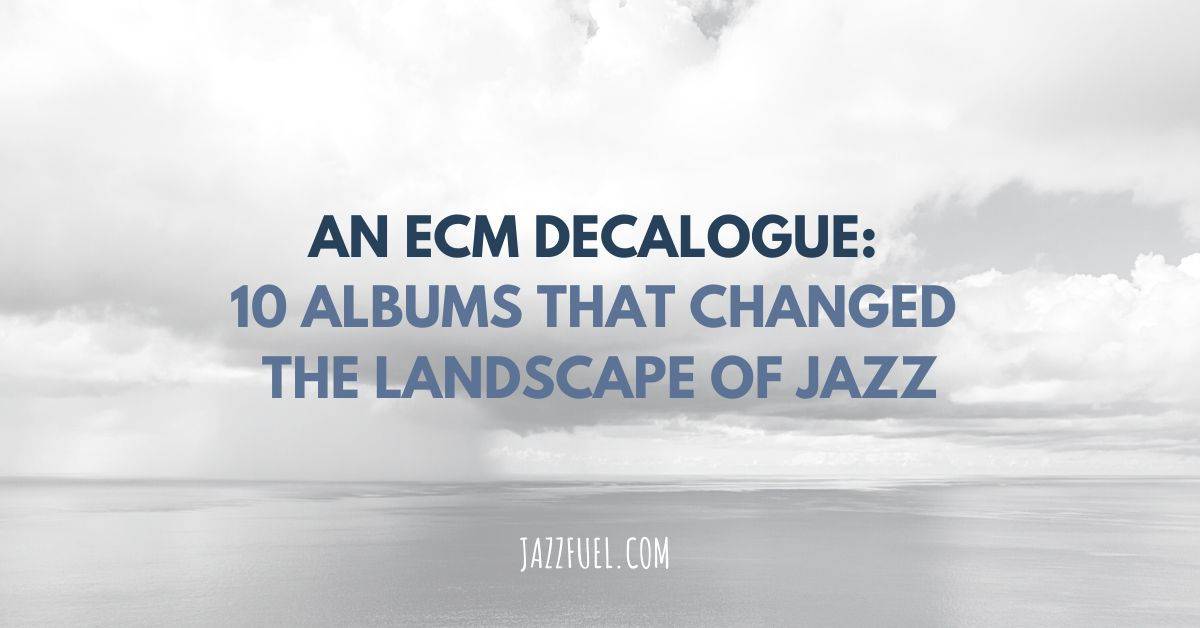 IN THE FUTURE: NIK BÄRTSCH’S RONIN

“The rule of Japanese martial arts is: think with your body.” So says pianist Nik Bärtsch, whose band of Ronin opened its heart to us in Stoa (2006).

Bärtsch’s corporeal philosophy undergirds not only his process but also the label on which his proofs of concept have been given room to work themselves out. Alongside clarinetist Sha, bassist Björn Meyer, drummer Kaspar Rast, and percussionist Andi Pupato, he brought into fruition a series of self-determined “modules”—microscopic ideas of melody, rhythm, and duration that spun out into what was then known affectionately as “Zen funk.”

However we choose to define it, Ronin’s style was an ear-opening experience that expanded, even as it imploded, what jazz could be for giver and receiver alike. Yet what seems on the surface to be a chain of minimal grooves becomes progressively complex the deeper we go, returning us to an emotional set point of balance and purity.

IN THE CUT: NILS PETTER MOLVÆR

With the release of Khmer (1997), nu jazz pioneer Nils Petter Molvær made a splash heard around the world.

The album’s unique mélange of electronics, samples, and the electric guitar of Eivind Aarset gave it more than a sound but also a shape to be regarded from as many angles as one could imagine.

Molvær’s trumpet was itself a driving force, as dynamic and varied as the atmospheres contained on this single disc. The footprints it left behind, like those on the Moon, remain a testament to their power.

IN THE MIDDLE: JAN GARBAREK & THE HILLIARD ENSEMBLE

Among ECM’s most treasured artists, perhaps no one has been so exploratory as saxophonist Jan Garbarek. His tone is unmistakable and inimitable, regardless of context, and his melodies are drawn from within.

Out of a long list of memorable albums, however, one cannot discount the disruptive influence of Officium (1994). His collaboration with the Hilliard Ensemble, though not jazz per se, did something few thought possible by placing the jewels of his improvisations in settings of early Renaissance polyphony and beyond.

It was a project that could only have found a voice on ECM Records, as it was producer Manfred Eicher who thought to bring these five musicians together in the first place.

In any other hands, such an experiment might have failed before it was even performed, but in this case something special happened: a total transformation of spirit that pulled the past into our collective present with the determination of a divine messenger.

IN THE KNOW: ART ENSEMBLE OF CHICAGO

The quintet of trumpeter Lester Bowie, reedmen Joseph Jarman and Roscoe Mitchell, bassist Malachi Favors, and drummer-percussionist Don Moye, known collectively as the Art Ensemble of Chicago, showed us what they were made of with Full Force (1980).

In both the 20-minute opener “Magg Zelma” and the 45-second “Care Free” that follows it, the ensemble proved that fullness of character can convey just as much through haiku as through short stories.

Between the incisive fire of Bowie’s melodies, the trances of Mitchell’s circular breathing, and the unerring logic of Moye’s every placement, there’s still so much to chew on for the avant-garde lover in all of us.

Tempting as it is to claim that they were ahead of their time, we do better to say that time was ahead of them, yielding all of what they needed to reach heights of communication rarely achieved elsewhere.

IN THE WORLD: CODONA

When CODONA, the trio named for Colin Walcott, Don Cherry, and Nana Vasconcelos, made its self-titled debut in 1979, “world music” didn’t exist as its own category.

In retrospect, some have applied the term to CODONA’s output as the first example of that very genre. Yet saying as much risks stripping away some of the color.

They were a plural outfit in every sense: from the fact that all of them played various instruments to their melding of styles and influences into something that transcended the sum of its parts. Cherry’s trumpet and Walcott’s sitar are a pair for the ages, and find purest traction in every detail Vasconcelos provides.

Other instrumental rapports, including that between wooden flute and hammered dulcimer, keep us on our toes as we parse the album’s eclectic mix of chants and whispers, while an overarching lucidity grounds even the most metaphysical moments in the immediacy of lived experience.

NEXT:
The Best Jazz Trio Albums of All Time 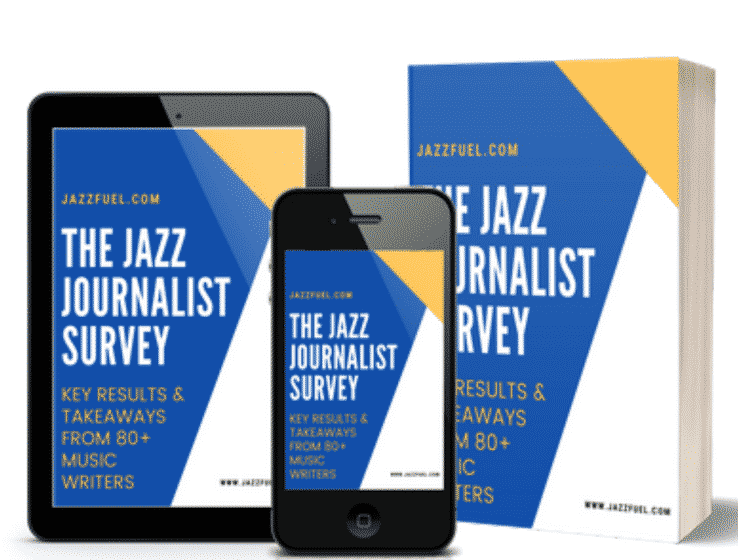 IN THE AIR: RALPH TOWNER

Though Solstice (1975) wasn’t Ralph Towner’s first album for ECM Records, the sheer breadth of its sound was a tidal turning in his (and the label’s) development.

Listening to it again today, it’s astonishing to think that a mere quartet—comprised of saxophonist Jan Garbarek, bassist Eberhard Weber (also on cello), drummer Jon Christensen, and Towner himself on 12-string and classical guitars (along with a gracious helping of piano)—could create such an expansive aural environment.

The end result is evidence of not only the musicians’ willingness to open themselves to forces beyond their control, but also to the vision of Eicher and engineer Jan Erik Kongshaug to give them a sky’s worth of space across which to cast their emotional nets.

Towner’s 12-string is liquescent and fits beautifully into Garbarek’s clarion grammar, while Weber and Christensen explode any notion of what a rhythm section can be.

IN THE MOMENT: KEITH JARRETT

The Köln Concert (1975) of Keith Jarrett was a game changer and remains the label’s bestseller.

But its legendary status risks overshadowing another remarkable solo album: 1973’s Concerts Bremen/Lausanne. Released two years before Köln, it put Jarrett on the map as one of improvisation’s most intuitive navigators and documented what he was truly capable of when opening his heart to the keyboard’s potential.

It also compelled a questioning of whether “solo” is really an apt descriptor to begin with, and whether there might not be a nameless presence moving through (and together with) him, moment by glorious moment.

Let it also be a reminder that he produced the equally momentous Sun Bear Concerts (1978) and Rio (2011), among others, in the post-Köln era.

IN THE POCKET: JOHN ABERCROMBIE

Difficult as it is to choose a favorite from among ECM’s formative trios, allow me to present Timeless (1975) as my Exhibit A.

The combination of guitarist and bandleader John Abercrombie, keyboardist Jan Hammer, and drummer Jack DeJohnette embodies its title to the fullest.

The complementary nature of each musician was alive with purpose throughout this session. The warmth of Hammer’s organ, the coherence of DeJohnette’s drums, and the vibrancy of Abercrombie’s guitar were nothing short of magical in tandem.

In addition to its classic take on “Ralph’s Piano Waltz,” the album sports other standouts like “Red And Orange,” a frantic spin on Baroque textures with futuristic leanings.

IN THE CITY: CARLA BLEY

Escalator Over The Hill (1974) remains the tallest tower in a skyline filled with them for Carla Bley.

The pianist, composer, and bandleader turned more than heads with her magnum opus. Featuring a massive cast of musicians and singers (some of whom were literally pulled off the street just outside the studio), this self-styled jazz opera resulted in Bley’s piecemeal exchange of letters with poet Paul Haines.

In setting his words to music, Bley called upon old and new friends, spotlighting the talents of bassist Charlie Haden, drummer Paul Motian, and trombonist Roswell Rudd on the instrumental side and, on the vocal side, Sheila Jordan, Jack Bruce, and even a young Linda Ronstadt.

The latter’s command of the song “Why” is the key to unlocking the genius of this sometimes-baffling work, lending insight into its concerns over human relationships and behaviors.

The surrounding incidentals run the gamut of influences from Dixieland and carnivals to Indian classical music and Weimar-era theater, and in its original incarnation exploited the final vinyl record lock groove by looping a droning chorus of voices until the needle was lifted.

IN THE BEGINNING: MAL WALDRON

All roads lead to pianist Mal Waldron, whose trio recording Free at Last (1970) with bassist Isla Eckinger and drummer Clarence Becton was the first release on ECM Records.

This hardcore yet strangely therapeutic outing balanced brooding exposition with playful clarity, signalling a sea change that perhaps no one involved could ever have anticipated.

Thus, Free at Last opened the floodgates to a parallel musical universe: familiar in origin but unprecedented in scope and vision. The fact that said vision continues to expand half a century later means we have plenty of new stars to discover through the telescope of our listening. 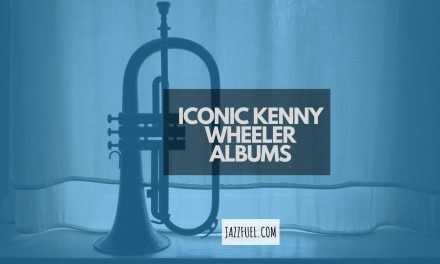 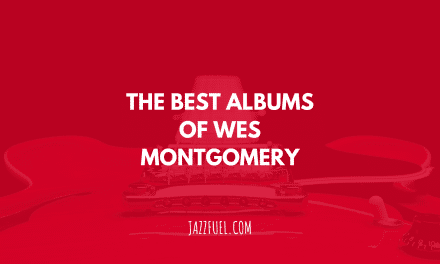 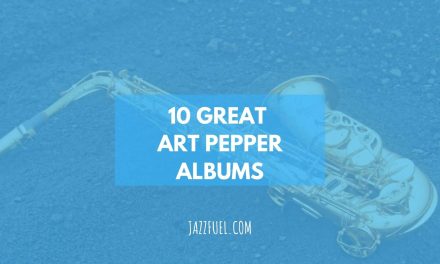 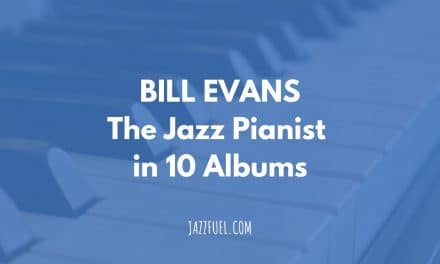